Gardens of the Côte d’Azur 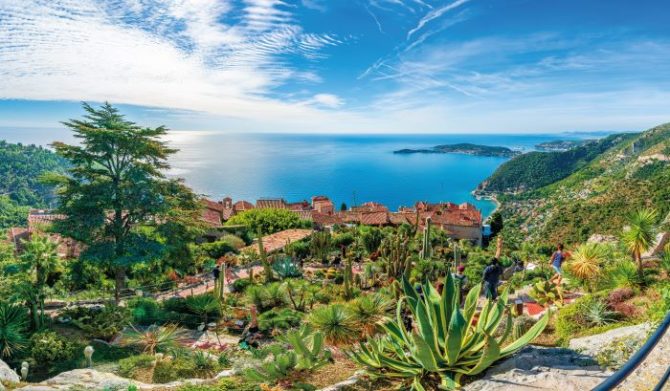 Guy Hibbert discovers a slice of paradise amidst the exotic and colourful gardens of the French Riviera.

When you picture wealthy people enjoying the balmy climate of the Côte d’Azur the image that springs to mind is probably super-yachts, swanky villas and expensive convertibles. Yet, as I discovered recently, the combination of a great fortune and a pleasant climate has also given us a legacy of fabulous Mediterranean gardens. Spring is a wonderful time to visit the region and the gardens take centre stage for a month thanks to the biennial Festival des Jardins, which rewards innovative garden design as well as highlighting the splendours of over 80 private and public gardens. I was privileged to be invited to join the press jury of the 2021 event. Despite an initial Covid-related delay, the judging of the competition gardens took place over a wonderfully sunny weekend in early May and the entries showcased some remarkable créations paysagères from around the world. Put it in your diary for 2023! 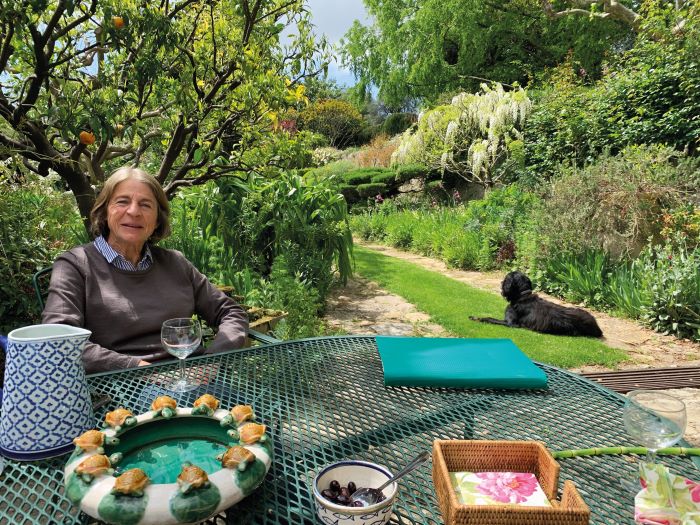 The late 19th and early 20th century was a time of prosperity in Europe. Winter seasons on the Riviera were an established part of the social life of the aristocracy as well as the prosperous middle classes. At the same time, enthusiasm for the discoveries of the revered explorer botanists was at a peak. What fun you could have creating your own botanical paradise to surround your winter palace!

Luckily for today’s visitors, while some of these horticultural creations were destined to be abandoned or built over, many others have survived, and are now preserved, thanks to a combination of state aid, charitable associations, or a new generation of passionate gardener-proprietors. 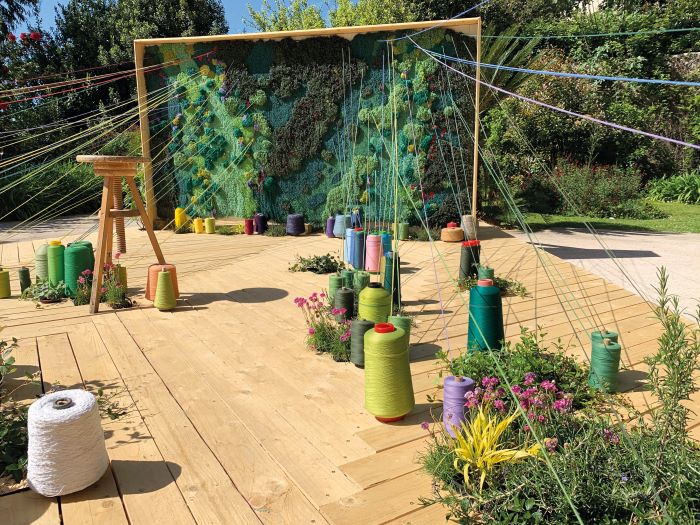 The Côte d’Azur benefits from a series of unique micro-climates and terroirs. All the elements are at play: the 300 sunny days per year, the proximity of the mountains, the humidity of the sea, the cool breezes that race through the inland valleys, the dry winds from the Sahara, the pockets of fertile soils giving way to rocky, arid landscapes. These conditions can change within just a few kilometres, which accounts for the wonderful diversity of gardens.

On a sun-baked, rocky hillside of the medieval village of Èze is the Jardin Exotique, a spectacular display of cacti, agave, yuccas, aloes, and other sun-loving desert plants that bask amidst the ruins of an old castle, blessed with stunning views across the bay towards Cap Ferrat. The planting looks so natural, each succulent or cacti so perfectly at home, that you would think they had grown here for millennia. But look closely at the botanical derivations of the plants you will see that they come from distant countries like Mexico, Argentina, and South Africa. 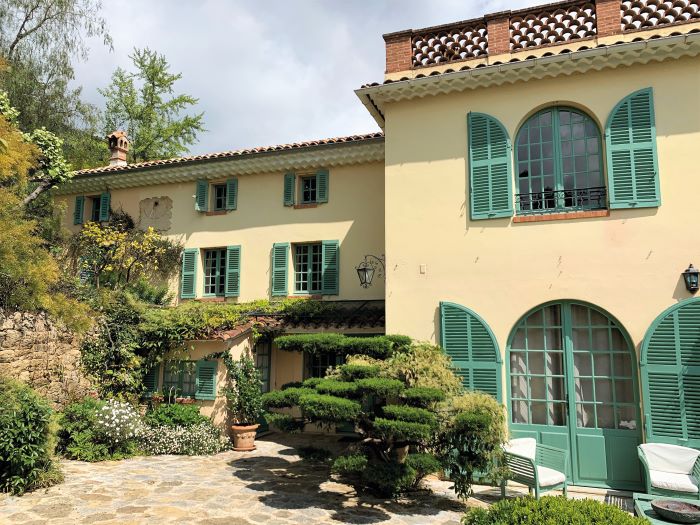 Just across the bay on Cap Ferrat, the famous gardens of the Villa Ephrussi (Béatrice de Rothschild’s pink palace) have a more opulent and spectacular quality, with their unique themed areas displaying Florentine, Japanese, Spanish and French gardens, amongst others. This was gardening designed to impress, reflecting the social aspirations of the owners.

By contrast, the intimate qualities of the Serre de la Madone garden in Menton, designed and nurtured for 30 years by Lawrence Johnston (of Hidcote Manor in England fame) reflect the more introvert character of the botanist. Under canopies of exotic trees, on a hidden-away hillside of olive terraces, the garden reveals itself in layer after layer of secret corners and gentle vistas. The famous “green rooms” lead you onwards until the pretty Italianate house is revealed, set against a giant umbrella pine and two elegant ponds. Lawrence may not have been much of a socialite, but he was a tremendous plantsman and to this day green-fingered tourists and keen botanists still visit the seven-hectare garden to wonder at the Chinese mahonias, the sycamore fig, and numerous exotic trees and shrubs from across the globe that Johnston was able to acclimatise successfully. 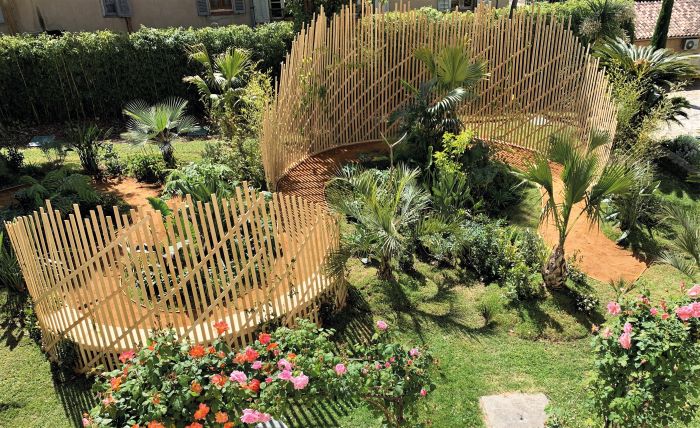 A more austere and architectural mind was at work at the Jardin des Colombières, also in Menton. Here, against a steep and rocky hillside, Ferdinand Bac, famous in his day as the caricaturist for Le Figaro, sketched out a series of vistas reminiscent of Roman villas, adorned with broad stairways, classical statues, terracotta urns and punctuated with stately cypresses, fountains and loggias. The current owner, Michael Likierman, and his late wife Margaret have done a colossal amount in their 20 years of ownership to preserve and restore the substantial plot, in keeping with the spirit of Bac. A series of grand reveals still has the power to take your breath away – carefully sculpted landscapes that frame distant views of the fabulous ochre and apricot buildings of old Menton, with the turquoise waters of the bay in front. 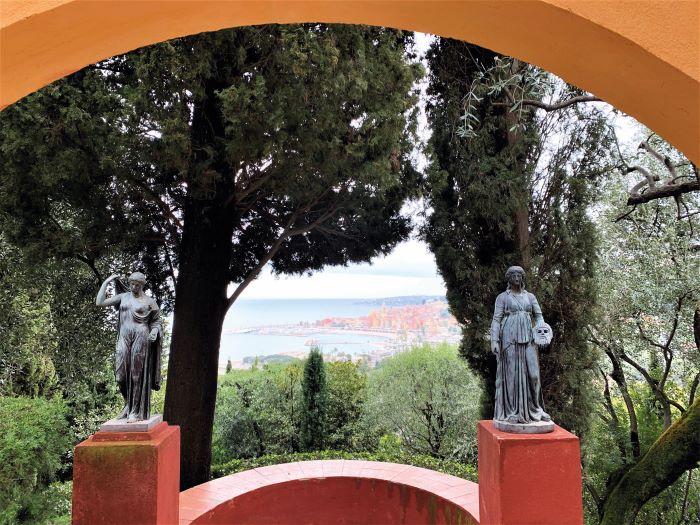 View of Menton from the Jardin des Colombières. © Guy Hibbert

Some enlightened modern proprietor-gardeners have improved on the legacy they inherited. The much-loved books by Lady Winifred Fortescue (Perfume from Provençe was a best-seller) were written at her “domaine”, actually a modest neo-Provençal house, on a hillside below Grasse. There, amongst ancient olive groves, Lady Fortescue created an English garden with a lawned avenue and a traditional rose garden with pond. Today’s owners of the Villa Fort France, Valérie de Courcel and her husband, have turned every corner of the plot into a stunningly romantic garden “pour tous les sens”. Valérie is an artist, and the painter’s eye is at work in every detail. Discreet stone steps lead onto agapanthus- and iris-lined restanques, stone-walled terraces with trickling waterfalls, roses cascading across terraces and hundreds of exotic plants creating an intriguing palette of shapes and colours throughout the year – all without the use of any chemical products. 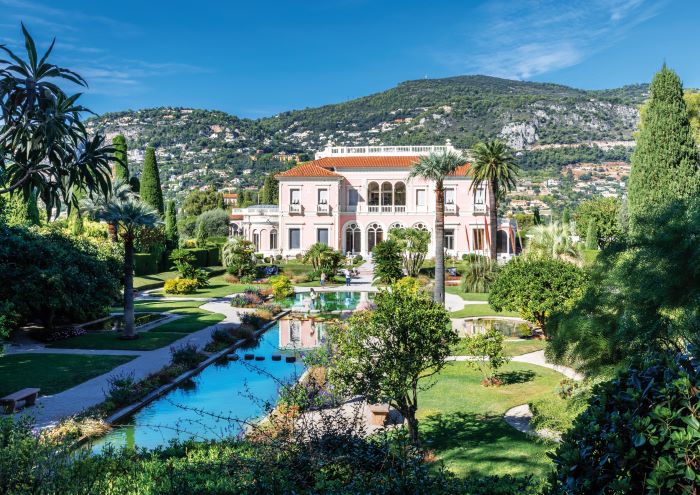 No grand villa or château could be built without an accompanying garden to entertain the guests. Some of the finest gardens can be enjoyed on your visit to these grand houses. You will want to find time to visit Villa Eilenroc in Antibes, Villa Kerylos in Beaulieu-sur-Mer, Villa Masséna in Nice, the Château de la Napoule and Villa Rothschild in Cannes. Further inland, where the climate is entirely different from the coast, the Château de Gourdon, whose gardens were first laid out by Le Nôtre, has a spectacular location overlooking the Gorges du Loup. But for the most intimate and exquisitely planted garden we should return to Menton. In 1905, Lord Radcliffe, former governor of Malta, acquired a hillside property and adjoining farmland near the coast. This is the Jardin Val Rahmeh (named after Radcliffe’s wife), also called the Jardin Botanique Exotique de Menton. Thanks to its frost-free, humid climate, Menton provided Radcliffe and the subsequent owner, May Sherwood Campbell, with the perfect location to cultivate over 1,500 different species. 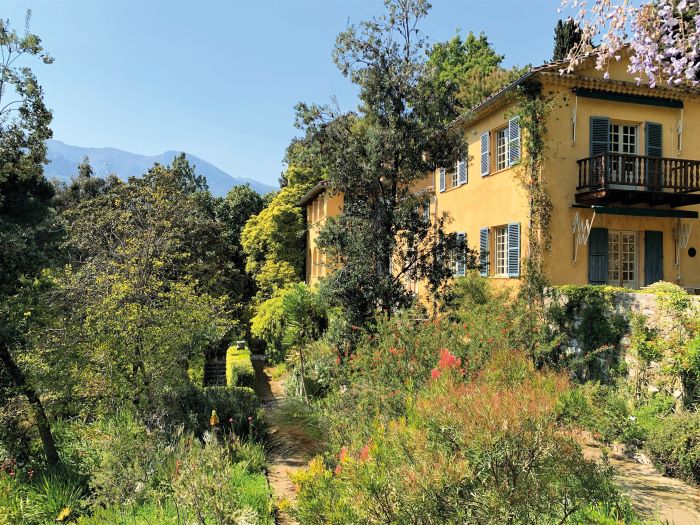 Varieties from across the globe are cleverly planted in discreet areas, including exotic flowering species, medicinal plants, a bamboo plantation, spices and citrus. It is a true botanical round-the-world trip. Among the most spectacular plants is the precious yellow flowering tree Sophora toromiro, from Easter Island, the only known specimen in the world which grows outdoors. Thanks to Campbell’s bequest, this wonderful jewel of a garden is now managed by the French Natural History Museum. 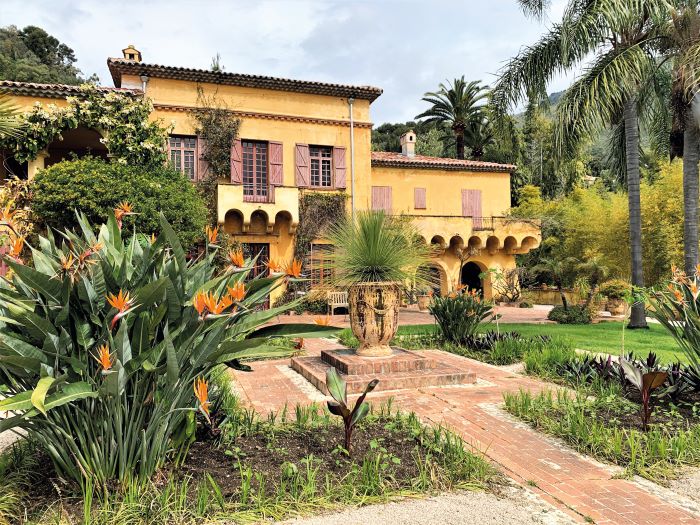