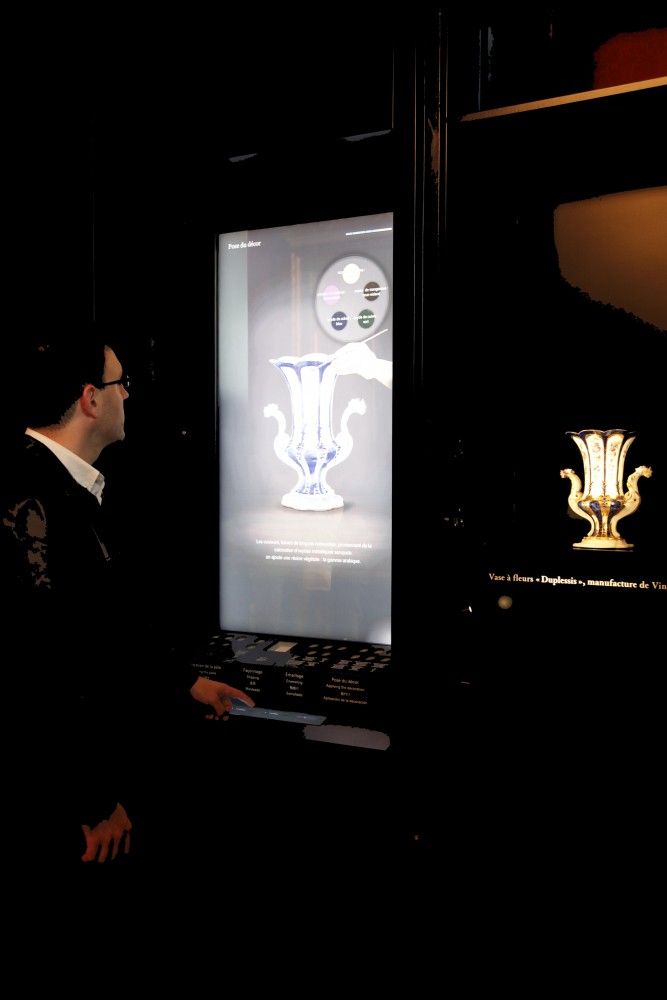 It has masterpieces by Da Vinci and Delacroix, but perhaps what makes the Musée du Louvre the most-visited museum on the planet is something less tangible. Visitors who walk those endless hallways, plunging into the myriad artistic and cultural worlds each gallery constitutes, are following in the footsteps of kings and emperors in an edifice that has concentrated vast power and riches ever since it emerged as a medieval fortress in the 12th century.

Initially the seat of French monarchy, the Louvre palace was transformed after the Revolution into a public institution to safeguard the nation’s cultural heritage, eventually amassing works spanning some 6,000 years of art history. Maybe it’s that sense of the palace’s grandeur and timelessness that fosters the museum’s ability to transport us far from daily life. “A museum is a place set apart from everything else in some ways,” says Louvre associate director Agnès Alfandari. “Standing before a work of art is a special experience—at once extraordinary and very real.”

In the Louvre today, though, the real is meeting the virtual. The timeless image is being confronted with a new, exceedingly modern face, as the museum propels itself into the digital era and introduces haute technologie into its hallowed halls. “Until a few years ago, digital technology at the Louvre, as in many museums, concerned only our website,” says Alfandari, who directs the Louvre’s digital development. “Today it has filtered into all branches of the museum.”

The Louvre made headlines last spring by announcing that its traditional audio guides would be replaced by Nintendo 3DS handheld video game consoles. Wisecracks about Donkey Kong trampling through the palatial corridors flourished, but since only some four percent of the 8.9 million annual visitors were renting the old audio guides, there’s some strategic brilliance in swapping them for a device whose precursor, the Nintendo DS, sold 145 million units, making it the best-selling portable gaming console in history.

Alfandari insists the 3DS guides are not simply a way to boost rental income—the fee is €5—but also part of a whole new approach to visiting the museum and learning about its collections. “The digital revolution in society is changing everything, down to our relationship to time and space, and like all aspects of daily life, the museum is touched by that revolution,” says Alfandari. Faced with a public immersed in new technologies, she says, the Louvre can’t just discount a device like the Nintendo 3DS, but must ask a basic question, “Is it useful, or is it a gadget?”

Useful indeed, is Alfandari’s answer. What the Nintendo guide offers a visitor attempting to navigate the museum’s 60,600-square-meter (nearly 15-acre) labyrinth of galleries, she says, is no less than miraculous: an interactive map with real-time localization technology showing visitors exactly where they are. (WiFi is impossible because of the thick palace walls, so the console triangulates its position using hundreds of beacons discreetly installed throughout the museum.) The visitor can choose among guided tours of masterworks or family-oriented itineraries, in an extensive choice of languages, and find directions to a particular artwork. HD photography allows visitors to zoom in on a single tiny face among the throng in Jacques-Louis David’s 1806 Le Sacre de Napoléon, an immense painting depicting Napoleon’s coronation. The Nintendo’s 3D and animation technology can display the Venus de Milo (130–100 BC) from every angle and rotate it in space—an effect, notes Alfandari, that accentuates the sensuousness the artist intended in the marble goddess’s twisted stance and seductive drapery. The guide’s 700 audio commentaries on specific works are lively presentations by the museum’s own curators and lecturers, and soon the system will also provide sign-language videos for certain works.

The museum has also revamped and ramped up its website with some 3,000 pages of free content, from HD photos of artworks to virtual museum tours that navigate through entire departments and provide detailed information with a click. It also now allows download purchases of smartphone and tablet apps, including mobile versions of the 3DS audio tours.

The Louvre began actively studying museum uses for new technologies in 2006, when it launched a digital research partnership called Museum Lab with Tokyo’s Dai Nippon Printing company. Today that partnership is yielding an array of new interactive multimedia installations, which are being rolled out throughout the museum into 2013. Launched in June in the Egyptian Antiquities department, a vast touchscreen display introduces visitors to the artistic conventions of pharaonic Egypt, and a smaller touchscreen explains how to decipher a richly evocative 1000 BC funerary stela. Another 30 multimedia stations will grace the long-awaited Islamic Arts wing when it opens September 22.

The Louvre was not always so willing to embrace the future, but dynamic director Henri Loyrette changed that when he took over in 2001. “It’s mainly Henri Loyrette’s will that has fueled the interest in new technologies,” says multimedia project manager Matthieu Canto. “Ten years ago their utility was not so obvious for the curators.”

That comes as no surprise to Kevin Walker, coeditor of the book Digital Technologies and the Museum Experience: Handheld Guides and Other Media. “The general feeling in the sort of old guard museum community is a devotion to the authentic object, i.e. nothing to spoil your one-on-one experience with the Mona Lisa,” he says. “They have a point, of course—you want to have that experience.”

But watching visitors walk past real artworks with their noses buried in a smartphone or 3DS console, or virtually visiting a museum online yourself, you might wonder if digital technology is enhancing the museum experience or replacing it.

Not meant to wow

Indeed, with virtual visits available online, does the Louvre risk losing admission fees? “It’s like saying a website showing gorgeous beaches will cause people to stop swimming in the Caribbean,” laughs Alfandari. “On the contrary, the more you show images of the museums and works, the more you arouse people’s desire to visit them for real,” she says, pointing to studies indicating that “real” paying visitors are also the most likely to also be virtual visitors, just as those who download the most apps are also those who most often visit museum exhibitions. “Digital technology doesn’t replace a real visit,” she adds. “Digital technology is a tool—to prepare for your visit, enrich it while you’re here, and continue it after you’ve left.”

Kevin Walker says it’s understandable that some in the museum community remain highly skeptical about rushing into digital. “Fair enough, considering these questions about information overload, having screens everywhere, and people immersing in a virtual world instead of the real one,” he says. However, Walker adds, research indicates those concerns are at odds with visitors’ expectations for their experience. “People come to museums not only expecting to learn something, but to also encounter the latest technology—they’re looking to museums for expert guidance, and that extends beyond just curating.” Louvre multimedia manager Canto agrees. “Everybody is expecting these kinds of services now,” he says. “They’re not saying ‘Wow, it’s magic’ or innovative or new—they take it for granted.”

In fact, the Louvre’s digital drive isn’t intended to wow or disorient anyone; on the contrary, the goal is to make people who are far more immersed in technology than they are in fine art feel comfortable enough to finally visit. “The idea behind this project is really to reach new audiences,” says Alfandari, “people who yesterday might have said, ‘No, the Louvre isn’t for me.’ ”

A gaping demographic hole in the Louvre’s visitor statistics suggests that’s exactly what a large swath of the teenage public believes. Having a video game console for a guide might be a way of opening a door to them. “The fundamental mission of the museum hasn’t changed, and digital technology is another tool to serve that,” says Alfandari. “Our mission is to make this collection accessible, so that the widest public possible can see these works and this extraordinary palace.” And regardless of what gets them in the door, it’s surely something infinitely more timeless and intangible that will bring new visitors back again and again.

Originally published in the September 2012 issue of France Today