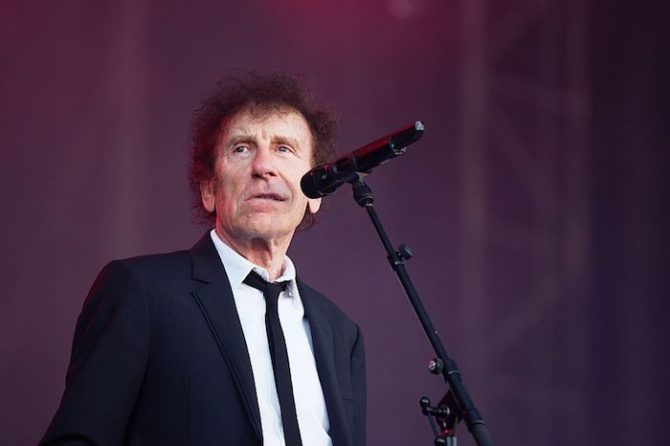 Evergreen, ever wistful chanteur rides on.

Award-winning Alain Souchon, performing in his trademark skinny black tie with shirt unbuttoned at the neck, is in no danger of declining in popularity.

Casablanca-born and raised in Paris, diminutive frizzy-haired chanteur Alain Souchon is nothing short of a national treasure in France.

What is remarkable about his long career – he is now 75 years old and his first album came out way back in 1974 – is that he picks up new fans at every turn. So his fanbase runs the whole gamut from students to their grandparents, all of whom appreciate his gift for allying simple melody with compelling lyrical content, often including clever jeux de mots (wordplays) and a wistful, vulnerable masculinity element. Some call him an eternal adolescent, with his evocations of lost love and childlike reflections.

He showed that the French still have a place in their heart for finely-crafted pop tunes, though some critics complained that the ‘fresher’ voice of rapper-singer Nekfeu was more deserving of the popular vote.

LAURENT VOULZY: Souchon’s great pal and collaborator is an iconic songwriter in his own right. Saisons (Best of). Sony Music

JACQUES BREL: Souchon is an heir to the Brel and Brassens traditions of poetic chanson… Les 100 Plus Belles… Barclay – Universal

Previous Article From Turner to Tissot: Must-See Exhibitions in France
Next Article An Introduction to Driving in France