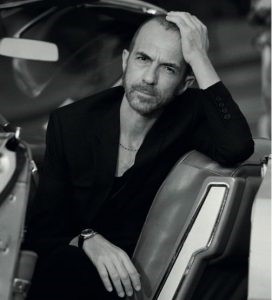 All about that bass…and plenty of catchy tunes

In this column we explore the career of a French singer-songwriter who sells out arenas in his home country, but is barely known outside France.

Born in Isère in 1971 to Italian parents, Calogero Joseph Salvatore Maurici was a fast musical learner from an early age, taking up the flute, piano, and – crucially for his later musical career in catchy pop-rock – the bass guitar.

After initially singing in a band with his brother and a friend, he decided that going solo was the best move, and his first album, Au milieu des Autres, came out in 2000.

His next long-player proved fruitful, spawning hit singles such as En apesanteur (In Weightlessness) and Prendre racine (To Take Root). His 2009 fifth album, L’Embellie, shifted over 400,000 copies but it was Un jour au mauvais endroit from 2014 that saw the mega-hits begin to flow. The first single from the album was Les Feux d’artifice, which was named Original Song of the Year at the Victoires de la musique awards.

On the side, Calogero soon gained a reputation as a go-to songwriter for established acts, penning big popular chansons for the likes of for Florent Pagny, Hélène Ségara and Ismaël Lo. His latest LP, Centre ville, came out in 2020.

THE CURE – The singer cites British goth-pop legends The Cure among his idols. Disintegration Elektra Records.