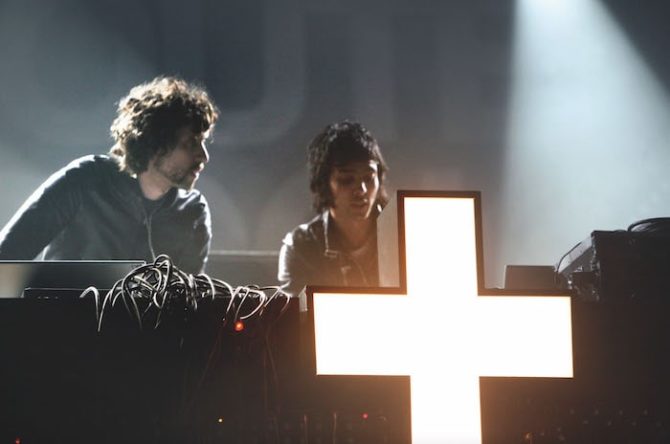 Not a far cry from Daft Punk, Justice is, like their better-known predecessor, an electronic music duo hailing from Paris – and one of France’s greatest exports from the past few decades. A mash-up of distorted synth, choir voices and slap bass make for the sort of edgy dance music that millennials eat up in their millions, but there’s enough diversity between their three studio albums to suck in all sorts of listeners.

Starting with 2007’s breakout † (otherwise known as Cross, arguably the best of their holy trinity), the tracklist plays like a colour slider. On the darkest end, we have the frantic ‘Stress’, which sounds like the erratic lovechild of The Chemical Brothers and the Jaws theme – make of that what you will. ‘D.A.N.C.E.’, on the other hand, is the polar opposite: a sunny song with disco-funk energy and positively uplifting children’s vocals. Other noteworthy tracks for the newcomer include ‘Civilization’ from Audio, Video, Disco (2011) and the utterly beautiful ‘Safe and Sound’ from Woman (2016).

Read more articles in the On Écoute series:
Stuck in the Sound
Oliva Ruiz
Indochine

Previous Article Great Destinations: Basque in Glory
Next Article The City Sniffers: The Most Fragrant Towns in France