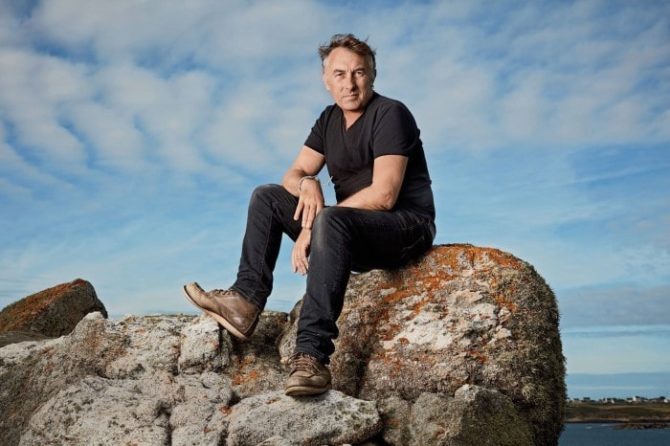 Composer for Amélie and much, much more…

Hands up who loves the film Amélie (known to the French and purists as Le Fabuleux Destin d’Amélie Poulain)? Double hands up who loves the movie’s cutesy, waltzy, accordeon and piano-led soundtrack? The popular film score was comprised of both new and previously released material by Breton composer and musician Yann Tiersen, whose emotionally-wrought melodies hark back to Chopin and Satie, but whose earliest musical roots are anything but sweetness and light.

As a teenager – after eschewing the piano he had taken up aged four, the violin he learned from six and the classical training at musical academies he received in Rennes, Nantes and Boulogne – punk subculture was his thing. Later he only got into chanson in a roundabout way – he said he only listened to Jacques Brel after hearing Scott Walker’s version of Brel’s songs.

Tiersen now composes at a former discotheque on Ushant (Ouessant), a small island off the Breton coast near Brest, where he was born in 1970. His latest album, Kerber, is his 11th and most dreamily electronic, and is named after a chapel on the island. Yet the influences on his creativity are predictably more eclectic, including a bike ride in a California forest when he was chased by a puma…

THE STOOGES: Iggy Pop and cohorts floated Tiersen’s boat during his teenage years. The Stooges Elektra/Asylum