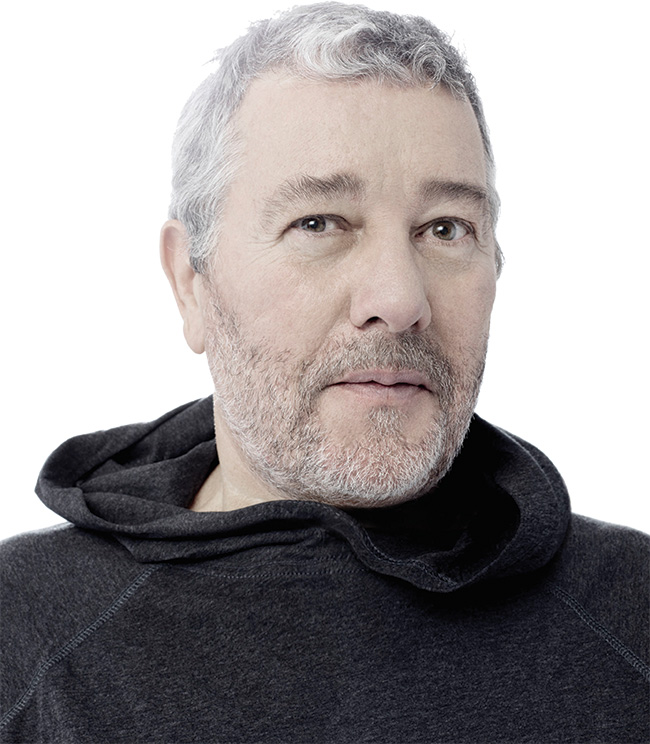 Sandra Haurant traces Philippe Starck’s stellar career at the forefront of French design, from transparent chairs to space-age citrus squeezers to a school for astronauts.

Designer Philippe Starck is not just a household name; he’s a physical presence, at least by proxy, in countless homes around the world. From lamps to chairs to lemon squeezers, his iconic designs have brought high-concept contemporary style to the aesthetically-inclined masses. And in a stellar career that has spanned decades, Starck’s impact on the world of design goes far beyond furniture.

Born in Paris in 1949, Starck was first introduced to the challenges and pleasures of design through his father, an aeronautical engineer and inventor. “My father, André Starck, was an aircraft designer but he invented a lot of other things too,” he told Le Monde in 2013. “People are still using many of his inventions – things like lipstick tubes or non-slip coating.” And it was under his father’s influence that Starck began to understand the importance of rigour as well as elegance in design – but it is perhaps also this link with taking flight and aiming high that led him to think of himself as an “explorer” and a “dreamer” above all else.

Starck enrolled at the interior architecture and product design school l’École Camondo in the late 1960s, but it was his vision and originality rather than his qualifications that attracted the attention of the design industry – and led to a job as artistic director for Pierre Cardin. An impressive starting point, and only the beginning of an exceptionally prolific career that continues to evolve today.

In the 1970s and 1980s, Starck worked his magic on the dance floors – and other architectural features – of nightclubs, including Les Bains Douches in Paris, the Starck Club in Dallas, Texas and La Main Bleue in Montreuil, which, Starck said, was designed as a “black hole”, a place that celebrates “the darker side of youth”.

It was around this time that he founded his first industrial design firm, Starck Product. Launched at the end of the 1970s, the firm was later renamed Ubik, a reference to Philip K. Dick’s ground-breaking sci-fi novel of the same name, and through this new enterprise Starck created fruitful collaborations with the likes of Alessi, Kartell, Duravit and many other top international design houses.

Once in the ascendant, Starck’s star just kept on rising. In 1983, the then Minister of Culture, Jack Lang, put in a good word for this innovative French designer to President François Mitterrand, who hired him to redesign the interior of the Élysée Palace.

With the presidential palace bearing Starck’s inimitable mark, it was no surprise that demand for his talents increased exponentially – and so did the designer’s appetite for ever more eclectic challenges. The late 1980s and ’90s saw his stylish, subversive creativity spread beyond the elite to touch everything from everyday objects to public buildings: from the air-traffic control tower in Bordeaux-Mérignac Airport to the Fluocaril toothbrush, and from Luxottica eyeglasses to an extension of Paris’s renowned École Nationale Supérieure des Arts Décoratifs, everywhere seemed to have Starck’s stamp on it.

The 18-carat gold Flos Gun Table Lamp, which will set you back £2,325, is a contemplation on the fragility of life © Wikimedia

Just where does a designer go to find inspiration for such an incredibly broad oeuvre? Sometimes, ideas come from everyday life. The iconic Alessi Salif Citrus Press was sketched on a napkin when Starck was at a restaurant, waiting for a slice of lemon to go with his squid. The shape of the object is part spaceship, part tentacled sea creature. But, according to Starck, ideas also come from deep inside.

In a 2017 radio interview with Europe 1, he spoke of living with his wife and daughter in quasi-isolation. “I work alone,” he said. “I’m solitary by nature. […] When one is alone one comes face-to-face with oneself; with no television, radio or newspapers, one has no choice but to dig deep inside oneself.” And it is not only during those solo waking hours that the ideas arise from within. In 2013, Starck told Le Monde that the desk he designed for President Mitterrand came to him in a dream.

Starck’s designs could well have faded away like much of the rest of 90s fashion, but instead, he evolved, shaping his ideas to meet and exceed the requirements of the decades that followed. Throughout the early 2000s and right up to the present day, he has continued to create an incredibly wide range of furniture for long-time collaborators such as Kartell, interiors for countless landmark hotels and restaurants, and has become a mainstay in the world of digital and tech design with smartphones and headphones.

At 73 years of age and having won just about every design award going, this endlessly creative design polymath shows no sign of slowing down. He is currently working with Axiom Space on a living module for an international space station, as well as Orbite, a training complex for future astronauts. What could be more fitting for this constantly evolving dreamer, explorer and son of an aircraft designer than to set his sights on the stars and beyond?

Previous Article Boat Bike Tours: Where to Find the Best Backgrounds for your France Pics
Next Article 10 Reasons to Visit La Vallée Village