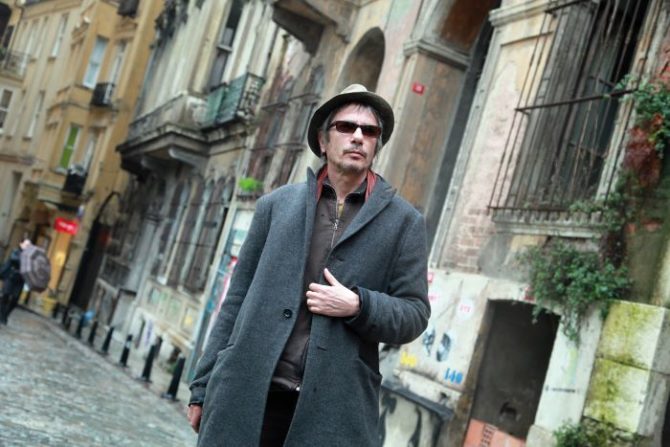 Leos Carax’s latest movie, the musical Annette, opened this year’s Cannes Film Festival, winning him the best director award. We look back over the illustrious 35-year career of this master of cinema

The visionary director Leos Carax has created some of the most beautiful moments of French cinema over the last 35 years. Considered by many to be a poetic genius, the enigmatic enfant terrible has consistently transcended filmic codes and genres to create a world full of visions and ghosts.

He was just 24 when he began a trilogy in which an urban and nocturnal beauty emanated from a magical Paris. Shot in black-and-white, the first of the three films, Boy Meets Girl (1984), paid tribute to silent films and to the world of cinema created by his heroes, Cocteau and Godard.

Mauvais Sang (Bad Blood) followed in 1986, an expressionist thriller starring Denis Lavant, Juliette Binoche and Michel Piccoli. It was Carax’s first international success and established his hard-hitting emotional style and lyricism. Set in a Paris of the future, it tells the story of an STD which kills people who have sex without any emotional involvement.

In 1991, Carax hit the height of his imaginative powers with the ambitious Les Amants du Pont Neuf (The Lovers on the Bridge). Again starring Juliette Binoche and Denis Lavant, it follows the love story of two young vagrants. The film was beset with difficulties and went vastly over budget… and Carax went quiet for the next eight years. That silence was broken by Pola X in 1999, based on the Herman Melville novel Pierre; or The Ambiguities. Critics and movie-goers alike were underwhelmed.

A flurry of short films followed but it would be another 13 years before Carax released another feature-length movie, this time in the form of Holy Motors (2012), a fantasy starring Denis Lavant as an actor who plays various roles seemingly with no audience.

This year, Carax returned to Cannes, opening the 2021 festival with a musical, which won him Best Director. Annette continues a creative career which continues to push the boundaries of cinema.

Pierre Lescure, President of the Festival de Cannes, said: “Every Leos Carax film is an event. And this one delivers on its promises! Annette is the gift that lovers of cinema, music and culture were hoping for, one that we have been yearning for during the past year.”

“Carax’s cinema is an expression of these powerful gestures, these mysterious alchemies that makes the secret of cinema’s modernity and eternity,” added Cannes general delegate Thierry Frémaux.

Name: Alex Christophe Dupont, better known as Leos Carax, which is an anagram of ‘Alex’ and ‘Oscar’.

Born: November 22, 1960 in Suresnes, a western suburb of Paris, to a French father and an American mother, the respected film critic Joan Dupont.

Early career
Carax started off by making short movies and working as a film critic. His first feature-length movie was Boy Meets Girl, which was released in 1984.

I know the face…
Carax has appeared in front of the camera from time to time, too, such as in 1987’s experimental version of King Lear, directed by Jean-Luc Godard in the style of French New Wave cinema, and in his own 2012 movie Holy Motors, in which he plays The Sleeper.

Where will we see him next?
With a habit of leaving lengthy gaps between his movies, we wouldn’t like to say… but Annette goes on general release on September 3 this year, so save the date!

C’est pas vrai!
Carax did guest vocals on the utterly daft Sparks track When You’re a French Director from their album Hippopotamus.