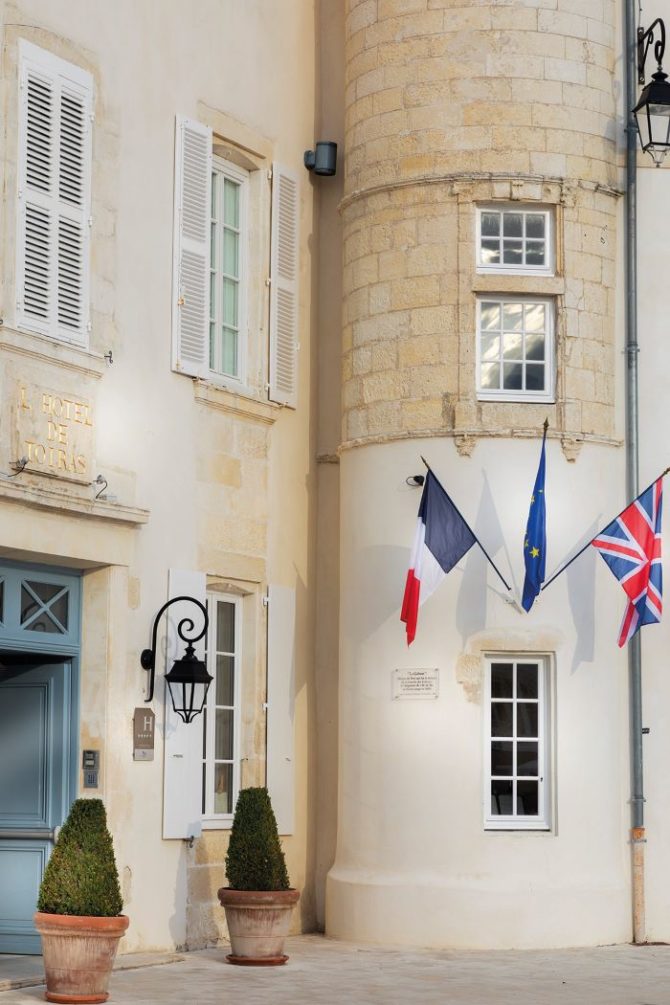 The name of Olivia and Didier Le Calvez’s new contemporary brasserie at their Hôtel Le Toiras on the Île de Ré references many Georges: the Four Seasons George V hotel in Paris where the couple met when Didier was the general manager there; the American president George Washington, one of whose ancestors came from the Île de Ré; and the couple’s son, Georges. This same cosmopolitan spirit is reflected by Paris decorator Pierre-Yves Rochon’s casually chic décor for the dining room and chef Gregory Vingadassalon’s alluring modern French menu.

Autumn is a perfect time to visit the Île de Ré, as I discovered during an excellent lunch on the vast terrace overlooking the port in Saint-Martin-de-Ré, a perfect setting for some first-rate people-watching and the pleasure of the gently salt-scented breezes that sweep in from the Atlantic Ocean across this chic island in the Charente-Maritime.

Vingadassalon, who has worked in several Ducasse restaurants and most recently served as chef at the Hôtel Burdigala in Bordeaux, has drawn up a tantalising menu of French contemporary comfort-food dishes which stars the best local seasonal produce, and it suited and satisfied the diverse appetites of two Londoners and two Parisians over a long lunch on a soft Indian summer day. 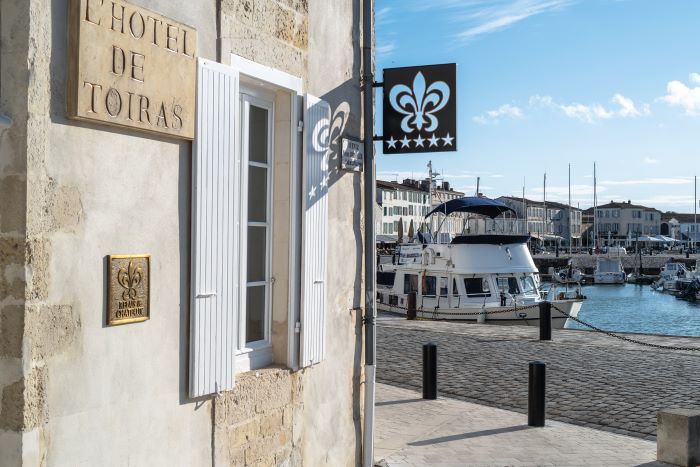 To begin, we shared hors d’oeuvres of organic oysters from local oyster farmer Frédéric Voisin and a casserole of steamed mussels with cream, both of which were supremely succulent and perfectly cooked. Next, mains ranged from a generously served lobster club sandwich to yellow pollack cooked with glasswort seaweed (salicorne in French), and an impeccable sole meunière for two. All of us were impressed by the precision of the cooking, the quality of the produce used and the generosity of the servings.

Usefully, this address is open daily for breakfast, lunch and dinner, serves late, and also has a short but spot-on children’s menu. In other words, it’s a perfect example of the sort of seaside holiday address one hopes to find in France.