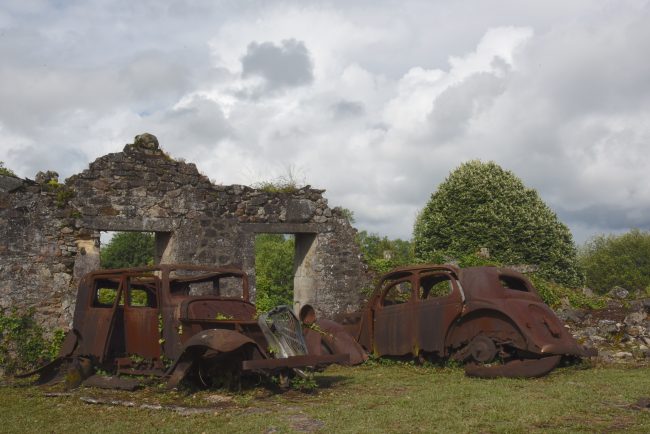 As Remembrance Day approaches (November 11), we are reminded of the horrors of war and of the soldiers who have given their service and often their life in the name of freedom. The day commemorates the armistice signed after World War I, a war heavy in casualties. 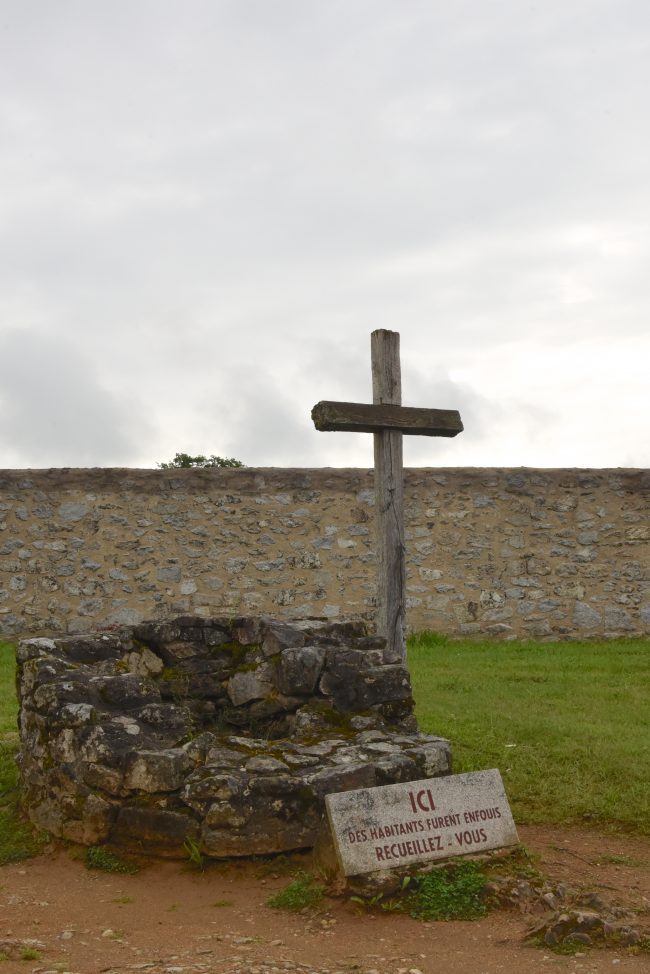 A mass grave for the villagers of Oradour-sur-Glane. © Meredith Mullins

Almost every French person knows the story of the atrocity of Oradour-sur-Glane (although many non-French do not). The story of Oradour is one that deserves the words carved outside the devastated town: “Never Forget.”

Tucked in the Limousin countryside near Limoges, Oradour was a part of occupied France during the Second World War. It was a peaceful town. People came from surrounding cities and villages to picnic, to fish, and to spend an afternoon in the quiet of the country.

There were hotels, cafés, and restaurants, as well as the daily life of a thriving working village. 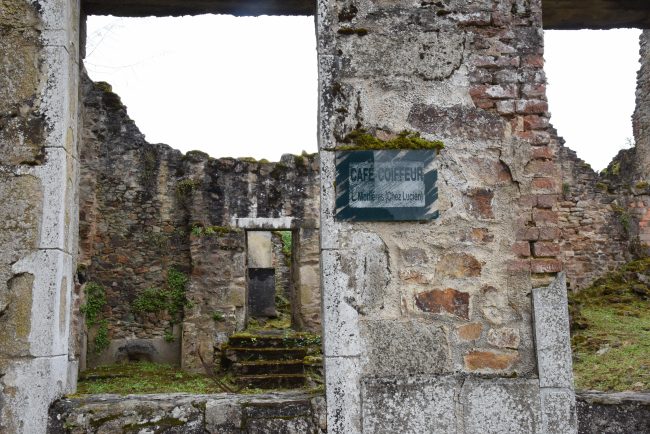 Windows to the past. © Meredith Mullins

All that changed just four days after the D-Day Landing in 1944. A Waffen-SS regiment heading north to Normandy surrounded the town, and, for no apparent reason, massacred every man, woman, and child.

They separated the women and children from the men and led them to the village church. The men were divided into six groups and taken to barns and garages and held at gun point. 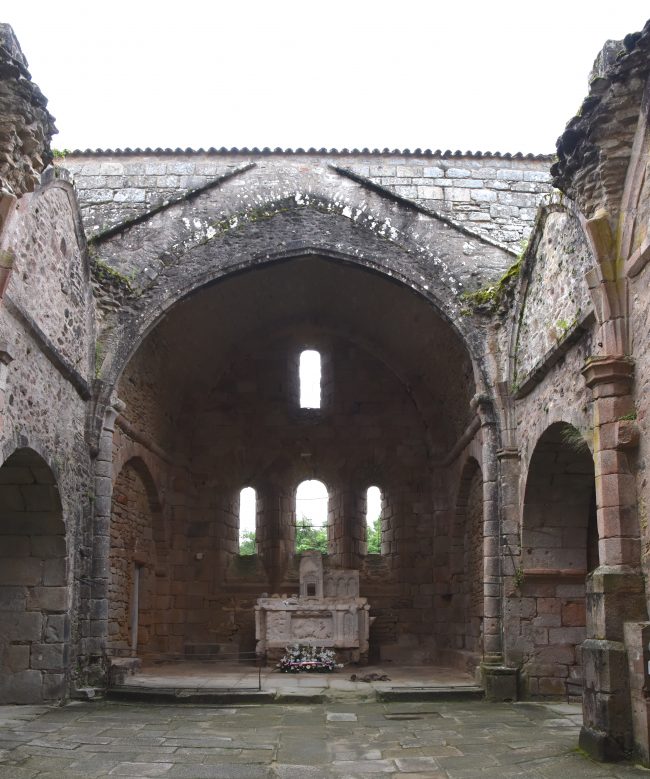 The church where the women and children were burned alive. © Meredith Mullins

The Germans said they were only searching the houses for weapons caches, so no one had reason to believe anyone would be harmed.

However, at a preplanned signal for the regiment, the men were shot in barrages of machine-gun fire.

The soldiers guarding the women and children ignited explosives, which engulfed the church in smoke and flames, and all were burned to death. 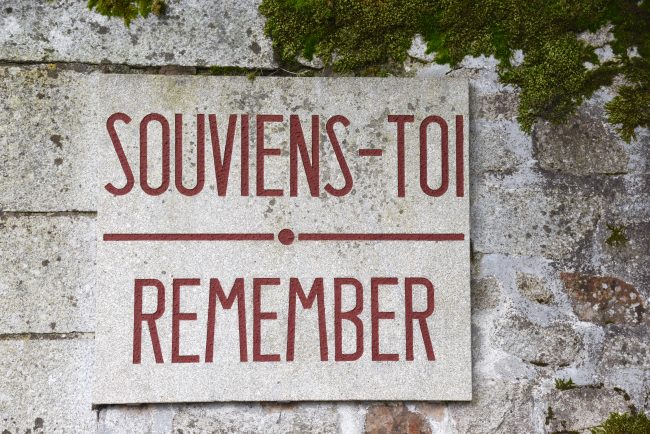 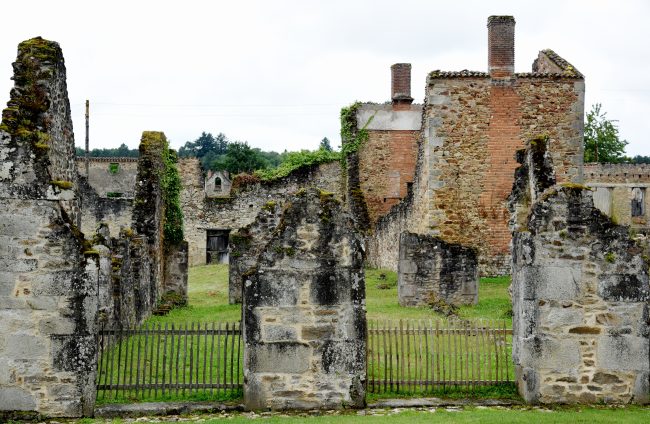 The Laudy Barn, where a group of men were shot, but six men survived by playing dead. © Meredith Mullins

Only a few survivors lived to tell the story—a woman who escaped through a high church window and six men in one of the barns who pretended to be dead.

After this merciless massacre, the SS regiment set fire to every building in the town.

In a few short hours, Oradour lost its families and its history—without ever knowing why.

The village has been kept exactly as it was on that tragic day (at de Gaulle’s direction). It serves as a memorial to the victims of the savage slaughter and a reminder of the horror of war—642 men, women, and children died that day. 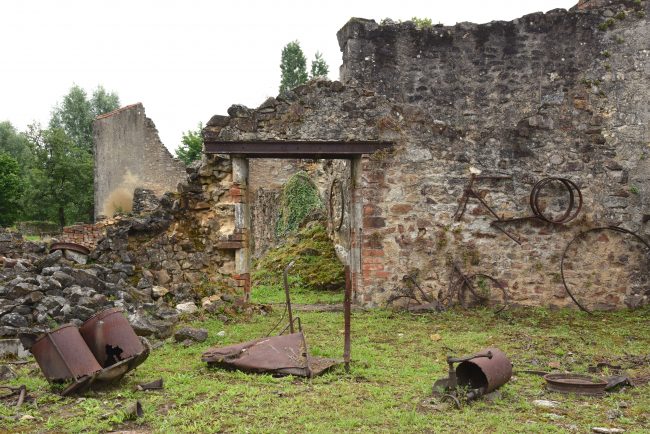 As visitors walk through the ruins of the village, there is a reverent silence. But plants poke through the empty windows and crumbling stones. Birds sing. There is life—and hope—even after so much death. And, surprisingly, there is forgiveness in the air.

Robert Hébras, the only one of the survivors who is alive today, dedicates his memories to those throughout the world who have suffered intolerance, hatred, and violence at the hands of others.

In the true spirit of Remembrance Day, it is hoped that we “Never forget.” 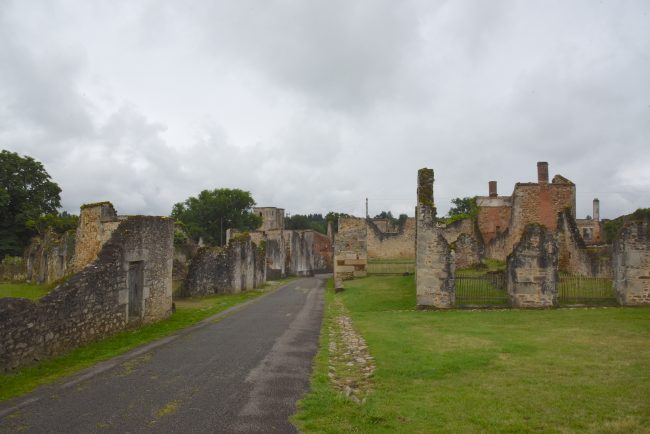 A village, once peaceful, is now in ruins. © Meredith Mullins

For more information, visit the Oradour Memorial site or read the definitive books: The Tragedy Hour by Hour by Robert Hébras, Oradour sur Glane: A Vision of Horror by Guy Pauchou and Dr. Pierre Masfrand, and Oradour, The Final Verdict by Douglas Hawes.

This story was based on an original article by Meredith Mullins in OIC Moments. 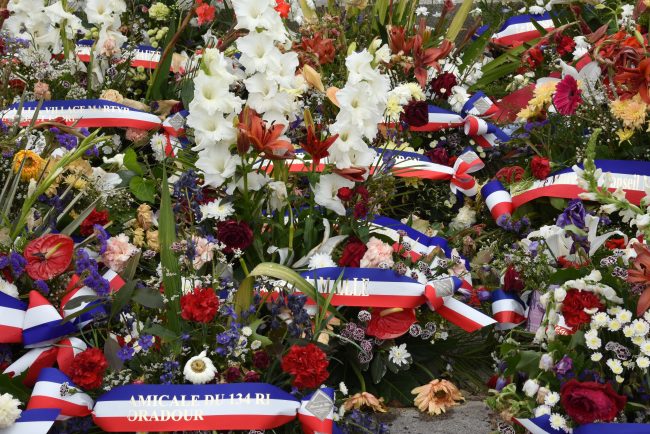 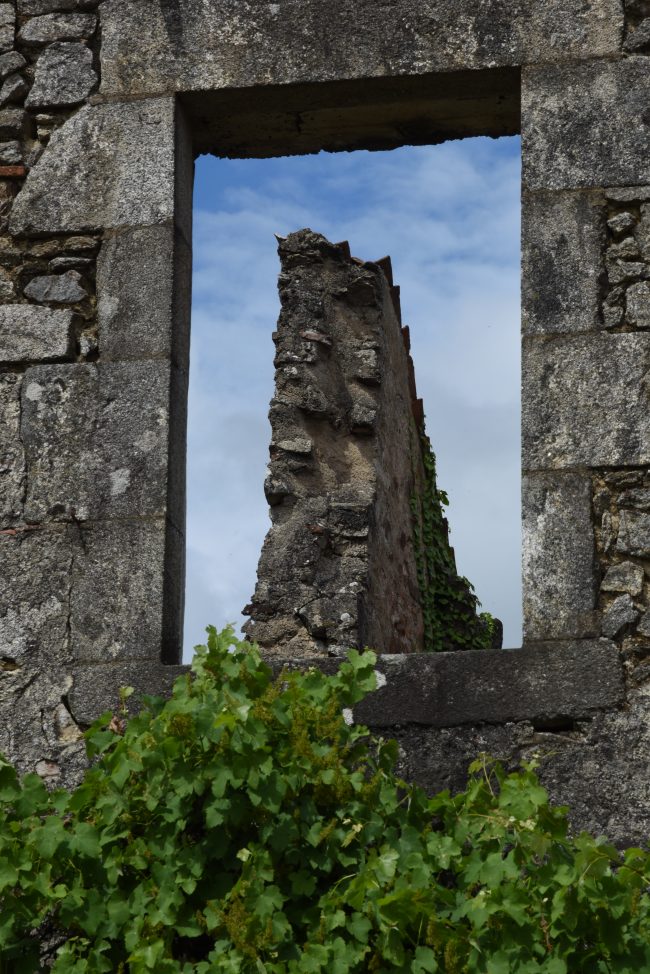 Previous Article Corot: Women at the National Gallery of Art in Washington D.C.
Next Article Things to See and Do in the Dordogne Valley