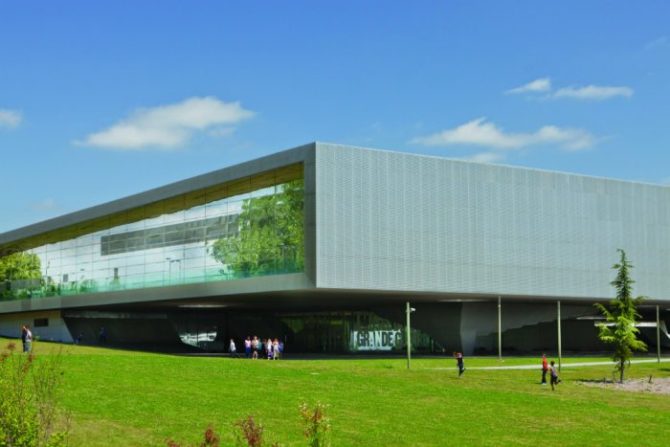 A perfect day trip from Paris, the Musée de la Grande Guerre du Pays de Meaux in the Marne offers not just a comprehensive historical overview of the complex enormity of World War 1, but also an intimate window into the daily existence of the poilus, or ‘hairy guys’, the name given to the infantrymen as combat conditions often didn’t allow them the time to shave.

The Musée, which opened in 2011, conveys troops’ bravery and enormous sacrifice during the conflict – in the face of unparalleled horror, often terrible weather and impassable terrain – through unique documents, memorabilia, photographs, film and the use of multimedia. The permanent exhibition is anchored by the 50,000 artefact-strong collection of eminent scholar and historian, Jean-Pierre Verney.

There is also an American monument to the fallen on what is now the grounds of the museum. This was presented to France by the U.S. in 1932 and received a much needed facelift prior to the museum’s grand opening.

To prepare for 2014, which marks the centenary of the start of World War 1, the museum briefly closed to prepare itself for this important event, and mount some special exhibits and events.

A main part of the museum’s centenary remembrance will be a temporary exhibition, Join Now! The Entry of the British Empire into the War, running from June 28 until December 29. This will detail the actions of British forces during the first year of the war. Paradoxically, when chronicling Britain’s decisive role in the conflict, the years 1916-1918 are usually focused upon, so this exhibition will throw light on an important, relatively unknown period.

The exhibit will concentrate on British troops’ recruitment, mobilisation, Channel crossing and initial engagements with the Germans in Belgium and northern France – including the First Battle of the Marne, in the very territory where the museum is located – up until the famous ‘Christmas truce’ that saw the opposing forces exchanging gifts and playing football on ‘No Man’s Land’. It is to be complemented by a series of conferences, workshops, concerts, dramatised visits and films.

TIP: A very civilised idea is that the museum’s ticket provides the freedom to enter and leave at will during the day. This allows visitors to start their visit in the morning, enjoy a delicious lunch nearby, then continue a leisurely museum tour during the afternoon.

Interested in World War I? France Media Group has published a special commemorative bookazine; check it out here.