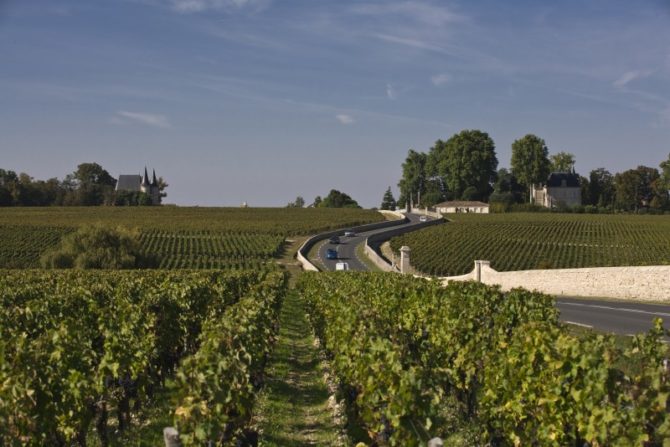 Few things whet a wine lover’s enthusiasm more than driving along France’s D2 highway, the route des châteaux just north of Bordeaux on the Médoc peninsula, hemmed in on both sides by row upon row of vineyards as far as the eye can see. The names on road signs tick off a fabulous list: Margaux, Latour, Lafite and Mouton Rothschild, Palmer, Léoville Barton, Pichon Longueville, Cos d’Estournel.

By the mid-19th century, Médoc wines were in such demand that Emperor Napoleon III requested a classification of the best, to be presented to visitors to the 1855 Exposition Universelle de Paris. Selected and ranked by wine industry brokers, according to trading price and reputation, the famous 1855 classification remains a reference today, albeit a flawed one, because it ignores contemporary under- and over-achievers, as well as changes in ownership and vineyard size, and of course châteaux which did not yet exist at the time. Boasting eight of the most famous Bordeaux appellations, Médoc wines vary from the rather ethereally elegant Margaux wines in the south to the strong and imposing Saint-Estèphe to the north. The classified wines account for just over 20 percent of production—some 8,500 acres of vines. 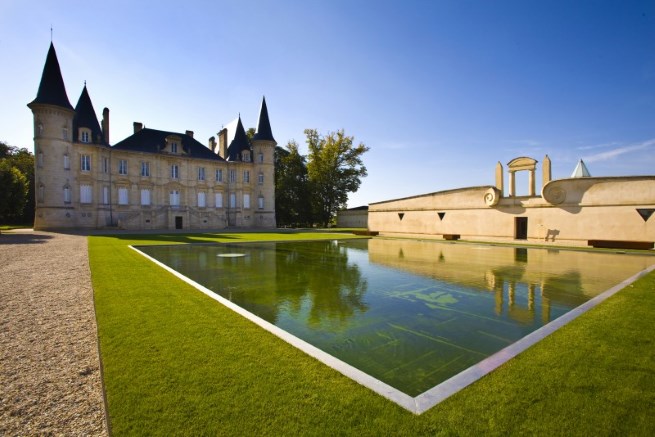 Sadly for consumers, prices have skyrocketed in recent years. Budget-conscious readers should know that many lesser known estates, including Châteaux Siran, Pibran, Cos Labory and Sociando Mallet—to name but four—are making better wines than ever today. Buying these in good and great vintages will reward you with tasty and long lasting wines.

The Médoc peninsula is composed of a strip of land 50 miles long and three miles wide bordered on the east by the Gironde estuary and on the west by the Atlantic Ocean—but protected from winds by an immense forest. The great wines are concentrated in the southern section of the peninsula, the Haut-Médoc, which boasts a unique terroir particularly suited to cabernet sauvignon vines. Slow-ripening cabernet needs hotter soil, so heat-reflecting gravel is ideal. Gentle slopes allow for natural drainage, with water running off to nourish vines without excess, leaving soils dry. A configuration of gravelly outcrops forms the ideal Médoc terrain.

Before starting off on the Médoc pilgrimage, call ahead to schedule your visits. Back in the late 1990s, I knocked on the door of Château Lafite Rothschild, only to hear a voice on the outside gate intercom say that I should have called their Paris office to arrange a tasting. Not all châteaux are that formal; some will accept drop-ins. But calling ahead also allows you to plan your time, especially since the D2 route takes a good 90 minutes to cover, and that is without any stops. Mark your May calendars, too. Each May, top Haut-Médoc estates join other Bordeaux châteaux for an “open doors” tasting. Not only do many châteaux participate with their most recent vintage and another, older vintage, but dinners with the owners are also proposed.

One surprise on the route des châteaux is the sheer variety of architectural styles: from medieval forts with moats to 19th-century Greek revival by way of Renaissance palaces. For the former, visit Château La Tour Carnet and Château de Lamarque, both making solid and tasty wines inside their fortress walls. Château Margaux’s Palladian façade is stunning, especially when you are strolling along the long tree-lined footpath leading to it. Farther north, a signpost just before the centrally located appellation of Saint-Julien welcomes you with a hearty Salut! Saint-Julien is also centrally located in terms of taste—the quintessential Médoc wine, combining the more robust style of Pauillac and Saint-Estèphe to the north with the silkier aspects of the Margaux to the south. In Saint-Julien you should visit the sprawling Beychevelle estate and the more classical Branaire-Ducru facing it—both make lovely and rather affordable wines. 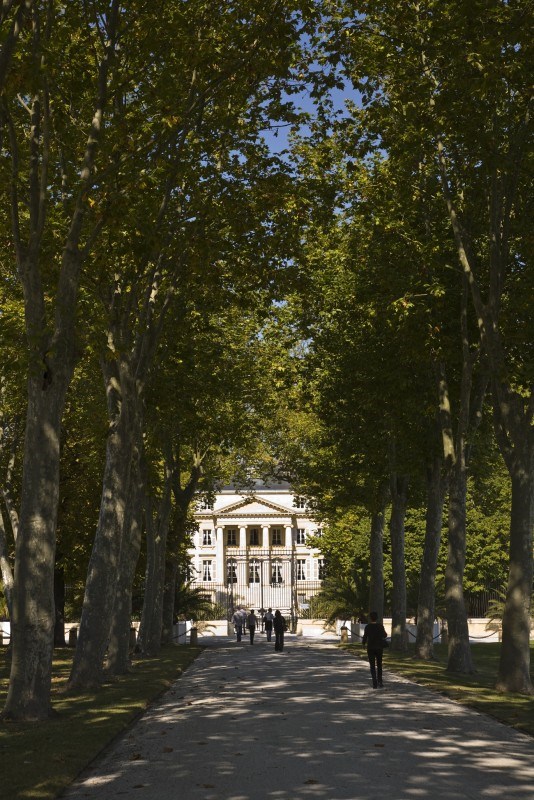 Château Léoville Barton in Saint-Julien was one of the first Médoc châteaux I ever visited, and its history is as engaging as its wines. Irishman Thomas Barton began buying and shipping wine from Bordeaux in 1725. His grandson, Hugh, further developed the family holdings, including the purchase of the current château, but was thrown into prison by French revolutionaries in 1793, because he was a foreigner. Ronald Barton, Hugh’s great grandson, fled before the invading German troops arrived in 1940. When General de Gaulle made his famous radio call to arms, Ronald’s request to fight with the Free French was refused, because he was a foreigner. He subsequently fought as a liaison officer between the British and Free French forces in North Africa and was awarded the Légion d’Honneur and the Liberation Medal. Today, Anthony Barton represents the eighth generation. Born in what was the family home in Kildare, Ireland, he went to France at the age of twenty to work with his uncle Ronald in the wine business, and he now runs the estate with his daughter Lilian. Many of the châteaux have fascinating histories—when you visit, be sure to ask about them.

As you enter Pauillac, which many consider the heart of the Haut-Médoc, you should not miss a visit to the beautifully turreted, fairytale-like Château Pichon-Longueville, whose wines bring life to the description “iron fist in a velvet glove”. The wines of Pichon-Longueville carry power, elegance and longevity. Pauillac counts three of the most highly rated Médoc wines: Latour, Lafite Rothschild and Mouton Rothschild.

Like the other two, Mouton Rothschild is exquisitely made with careful selection of grapes at harvest and sorting before vinification. In great vintages, these wines retail for as much as $800 or more per bottle. Since 1945, the design for the Mouton Rothschild label has come from a different well-known artist each year. The original designs for labels by Chagall, Picasso and others are on display at the château, which also includes a jewel-like private art museum related to the vine and wine.

When in Pauillac, take time to stop in the minuscule hamlet of Bages and have a coffee at the Café Lavinal—both a brasserie and café where vintners and tourists converge. Facing Lavinal is a traditionally styled boulangerie, Au Baba d’Andréa, with terrific bread, pastries and cakes; and a boutique, Bages’ Bazaar, offering wines, gourmet food items, tablewear and linens. All belong to the owner of another great Pauillac estate, Château Lynch-Bages. 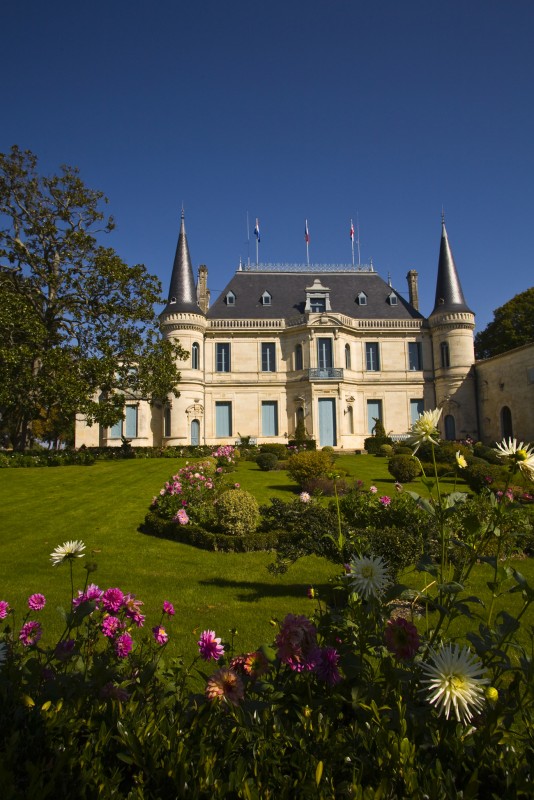 After a well-deserved pause, a drive farther north to Saint-Estèphe brings you to Cos d’Estournel, where an elephant sculpture greets you at the entrance. Adorned with pagoda-like turrets, Cos d’Estournel looks more like the Taj Mahal than a French château, reflecting former owner Louis Gaspard d’Estournel’s passion for India. Cos d’Estournel wines are deep and delicious, with profound flavors and long finishes, but they too have become very expensive. Nearby, you can also visit the almost neon-bright yellow Château Lafon-Rochet, which makes a very good Saint-Estèphe at a far more economical price.

Another noteworthy château makes a mockery of the 1855 Classification: Château Sociando-Mallet. North of Saint-Estèphe, its vines lie on a gravel outcrop, similar to the vineyards of many highly rated classified wines. When I took part a few years ago in a wine commerce internship at Barton & Guestier, a well-known wine trading company at the southern tip of the Médoc, we were all were particularly impressed with the Sociando-Mallet 1990. It mixed notes of cassis with the elegant cigar box aromas and flavors obtained from properly aged Médoc wine, and it had a very fine finish. Sociando-Mallet wines show complexity even in lesser vintages. The 1999, for example, is a decent vintage drinking well today. Great vintages like 2005 need more time, but a current taste shows volume, depth, intense fruit flavors and corresponding tannin, all very well balanced. Depending on the vintage, prices range from $40 to $70 per bottle. 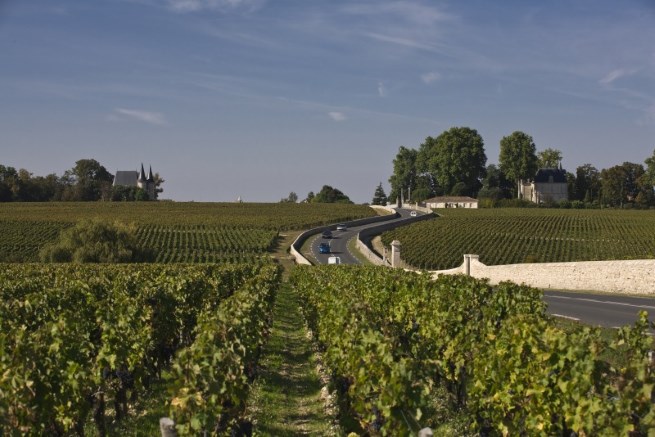 When you visit, be sure to spend an afternoon—or even a weekend—at one of several Médoc-based wine-tasting schools. A tasting course at Château Preuillac’s wine school in the northern Médoc, for example, prepares you for all the tasting you will do at the marvelous châteaux. And you learn interesting things about wine. For example, I recall how students described very differently the wines in each two glasses. But it was in fact the same wine served in both. The difference? Temperature. Médoc wines should be served at about 63–65 degrees F. Too hot and the alcohol overpowers; too cold and the wine is hard and tannic. Château Preuillac is hardly the most well known château in the Médoc, but owner Jean-Christophe Mau is making some of the most affordable Médocs available.

There is some good eating in the Médoc as well, and visitors should be sure to try the region’s tender and delicate Pauillac lamb somewhere along the way. Many small cafés and restaurants offer good meals at reasonable prices. There is no shortage of fine dining, either. Upscale restaurant choices abound from the simple Restaurant Saint-Julien to the Relais & Châteaux Cordeillan-Bages, also owned by Lynch Bages. One of my favorite restaurants is chef Jean-Paul Barbier’s Lion d’Or in Arcins, just outside of Margaux. Barbier, who is almost always on hand to greet guests, uses fresh local ingredients, including oysters from the beautiful Arcachon Bay and Gironde lamprey eel, cooked with red Médoc wine. Twice I have enjoyed delicious dinners there with Patrick Maroteaux of Château Branaire-Ducru, who—like other château owners—stores some of his own wines in rented wooden cases at the restaurant. Our choice for the Châteaubriand made from locally raised Bazas beef? A perfectly mature 1989.

Originally published in the November 2008 issue of France Today; updated in May 2011