Women in Wine: Breaking the Glass Ceiling in France 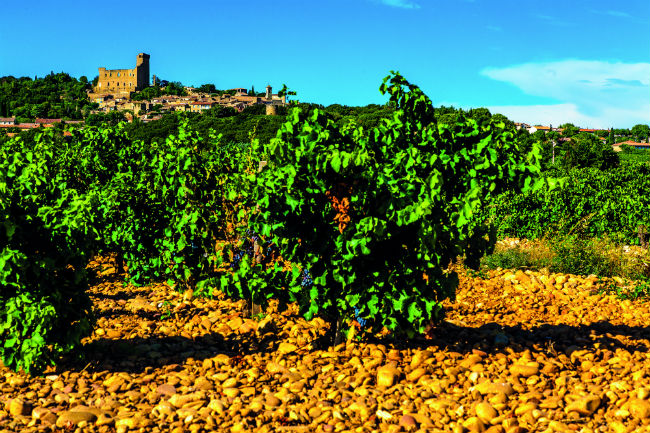 In what has always been a male-dominated industry, a new breed of vigneronne is finally emerging – and conquering the world of winemaking one domaine at a time. Patrice Bertrand meets the influential Femmes Vignes Rhône

“When I started working here in the early 2000s, I had a pretty macho employee,” says Camille Nosworthy, surveying her estate, Domaine Saint-Amant. “I knew nothing about wine and he was always asking me questions like, ‘Why did you decide to harvest the grapes now?’ or, ‘Don’t you think you should do that instead?’. He was very happy to tease me because I was a woman,” adds Camille, whose domaine in the heart of the Dentelles de Montmirail dominates the southern part of the Rhône Valley.

“Since then, things have changed a lot – even if the world of wine remains very masculine,” continues the former architect who moved from New York to Suzette, in the Beaumes-de-Venise PDO, with her English husband, Michael, to take over her father’s estate. “But at least, in this business, we – women – have ceased to be invisible. I run my property by myself and I am the only master. My husband kept his job as a financial advisor. Since I do not have a lot of land – 13 hectares – I’m involved in everything. I go to the vines for disbudding, I harvest the grapes, I take care of the winemaking and, above all, I take care of marketing, communication and sales to professionals. And then I am supported and motivated by other women like me.” 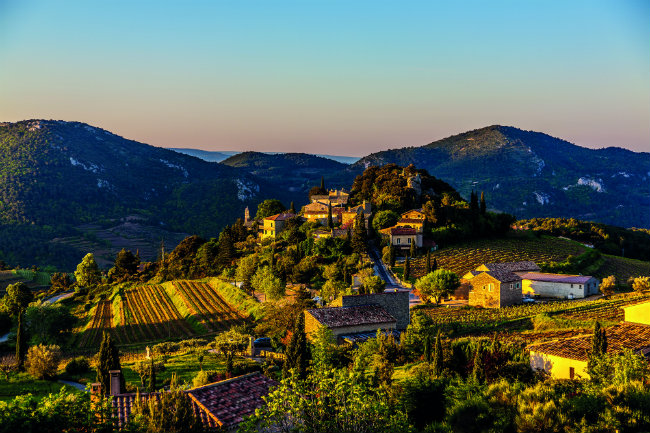 These women belong to the nation’s female winemakers’ associations – a powerful public voice which, since the early 2000s, has helped establish the visibility and presence of women in the world of wine in France. Until two decades ago, they were relegated to near-darkness or confined to a role of support for their husbands – helping with agricultural work, dressing bottles, or doing secretarial or marketing work. Today the situation is very different. Coming from very diverse backgrounds, they often oversee large-scale operations, coordinate largely male teams, and play an integral part in the elaboration of the wines and the commercial and strategic management of their company. While accurate statistics are not available, it is estimated that they account for about one third of the approximately 50,000 heads of French vineyards, compared with 14 per cent 20 years ago. Most importantly, today almost all the major wine regions of the country have their own local association of female winemakers. They often bear evocative names such as Les Divines d’Alsace, Les Fa’bulleuses de Champagne, or Étoiles en Beaujolais; but one of the most influential, of which Camille is a member, is undoubtedly Femmes Vignes Rhône. 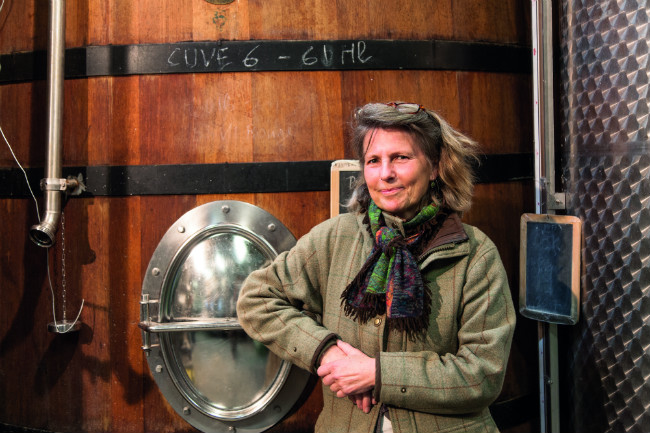 “I have been a member for nine years and, for me, it has a double advantage,” says Camille. “First we find ourselves among women and we can talk about purely feminine topics as well as wines. But, above all, it allows me to make my estate known more easily than if I was alone. And it is a way to participate in several trade shows by sharing the costs.”

Founded in 2004, Femmes Vignes Rhône brings together 30 members spread over the vast territory of the Rhône Valley vineyards, from the south to the northern tip, near Lyon. It owes its existence to winemaker Anne Hughes, who became the epitome of the “invisible vigneronne” when she inherited the Domaine de la Royère, in Oppède, Luberon. 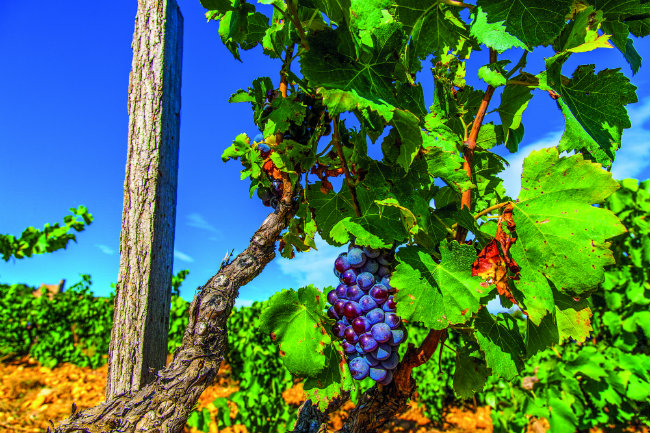 “At the beginning, when I was in the wine cellar, some men came in and said they wanted to talk to the manager. They looked at me, asking, ‘Is there anybody here?’. I was the person in charge and for them I was nobody,” says this former curator at the René Char Museum in L’Isle-sur-la-Sorgue. “So I thought there was really a need to do something. When you work in a museum, you are recognised in the same way as men. When I entered this agricultural environment, I realised that women were as active as their husbands or bosses but they were never seen and never talked about. It was necessary to make these women visible.”

With the support of Inter-Rhône, the commercial arm of the Rhône Valley wines, Anne Hughes created Femmes Vignes Rhône, pronounced as femmes vigneronnes – “female winemakers” (the pun is sadly lost in translation). From just a dozen members Femmes Vignes Rhône quickly grew and, crucially, the idea snowballed from there. Today, almost all French wine regions have an association of this type. There is even a national federation, Cercle Femmes de Vin. Created in 2009 by a member of Étoiles en Beaujolais and a member of Femmes Vignes Rhône, the federation has some pretty ambitious objectives: to make the voices of women in the wine industry heard, and to get involved in ministerial or governmental bodies and professional organisations. 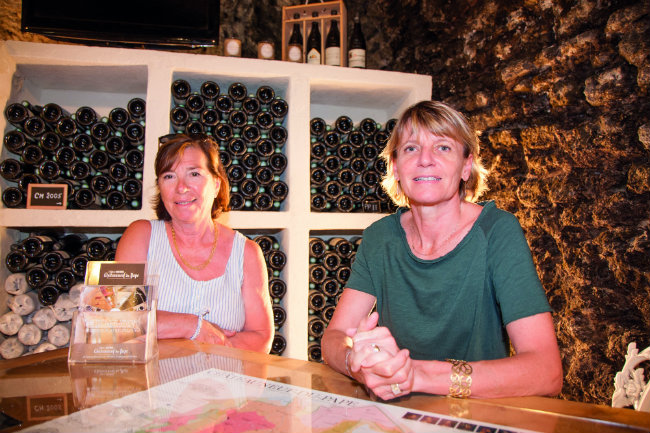 In 2011, Anne Hughes handed over the reins of Femmes Vignes Rhône to Françoise Roumieux, a veteran of the association. Coming from a long line of winemakers, she manages, with other members of her family, Vignobles Mayard, an estate in Châteauneuf-du-Pape where Femmes Vignes Rhône is now based. “Of course, we have gained visibility and recognition,” she says. “But in terms of representation with professional bodies and unions, for example, there is still room for improvement. Things are starting to move but at the cost of slow and patient daily work.”

NOT NUMEROUS BUT EFFECTIVE

For practical reasons, the association has chosen to limit its membership to 30. Nearly all members are winemakers, except for the vice president, who is an oenologist. “The goal is not to be numerous but to be effective,” says Françoise. “We seek to be united, to help each other. I think it’s comforting to know that we are not alone in difficult situations. This year, for example, our nerves were put to the test with a very rainy spring. We called each other often for reassurance. This strength and unity has enabled us to explore markets, especially abroad, and to focus on trade shows to introduce ourselves and our wines to professionals and the general public. This is crucial when you consider that the majority of the French wine product is sold abroad.”

Are the wines made by these women in any way ‘feminine’? “I don’t think that, as a woman, I bring anything different to my wine,” says Camille. “If a man was making it, I think the result would be the same. Rather, I credit the quality of the wine to the soil and the altitude. I do not particularly want to promote the feminine side.” 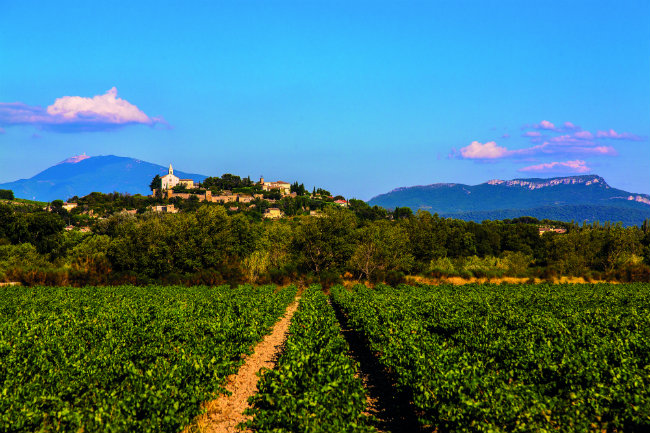 Françoise agrees: “Our wines are not feminine. We make our wines with our hearts and our guts. But the terroir and the vintage ultimately have more importance. I think the feminine touch exists more in the way we work but, in the final result, I challenge someone to determine out of ten wines if any one was made by a man or by a woman. In addition, in our teams, there are also men. So we cannot simplify things that way.” With a few exceptions, running a wine estate, large or small, remains a team effort. In Cairanne, a village located between Orange and Vaison-la-Romaine, Sabine Thompson and her English husband, Nick, have been taking care of the vineyards of their Domaine de l’Ameillaud for 20 years.

“It’s Nick who makes the cuvées,” explains Sabine, another member of Femmes Vignes Rhône. “But I share the whole day-to-day life – that is to say, everything we have on our shoulders when we are just a few days away from the harvest or when we scrutinise the weather in the spring for the frosts.

“We talk, advise each other and make all the decisions together. It’s a gigantic job. You have to cover everything from production to winemaking and then right through to sales, bottling, shipping, tasting and even the holiday rental. And still, we are living in a very macho environment. Fortunately, I found Femmes Vignes Rhône. It has been reassuring to know that, as women, we have the opportunity to meet, build things together and make a difference.” 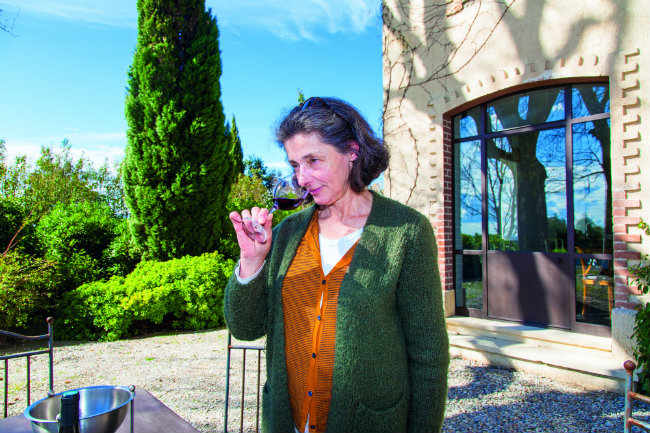 Previous Article Where to Eat and Stay in the Pays de la Loire
Next Article Exclusive Excerpt: “Are We French Yet? Keith & Val’s Adventures in Provence”