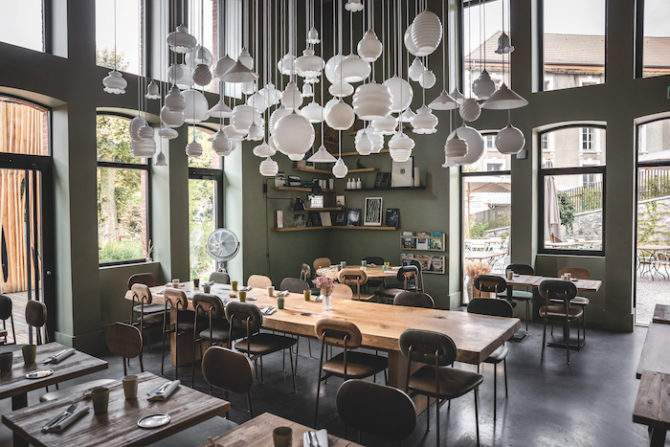 Last autumn, on the weekend just before France went into lockdown again, we made the presciently good decision to go away for a couple of days and headed to the spa town of Uriage-les-Bains in the beautiful La Chartreuse mountains just a few kilometres outside the handsome city of Grenoble.

The idea was to discover the cooking of chef Christophe Aribert at his Michelin two-star restaurant La Maison Aribert, get some fresh air, walk in the woods and stock up on Chartreuse, the superb herbal liqueur made since 1764 by Carthusian monks from a secret recipe of more than 130 herbs, plants and flowers at a distillery in nearby Voiron.

Uriage-les-Bains, where we arrived early evening, is a pretty 19th-century spa town with a winsome operetta-set-like charm, with a tiny railroad station (closed) where cure-seekers once arrived to take the waters from springs first exploited by the Romans. It boasts well-groomed public gardens in the centre of town, and an august, wedding-cake architecture thermal-cure building where cures are still offered.

Perched on a hillside overlooking the park, Aribert’s handsome hotel and restaurant was originally an austere cure-seekers’ hotel but was renovated four years ago into a stylish, environmentally low-impact guesthouse. Aribert grew up here in the Isère, where his father and mother ran a hotel-restaurant and his grandfather was a market-garden farmer. As an avid skier, he originally wanted a career in sport but a knee accident blocked that path. 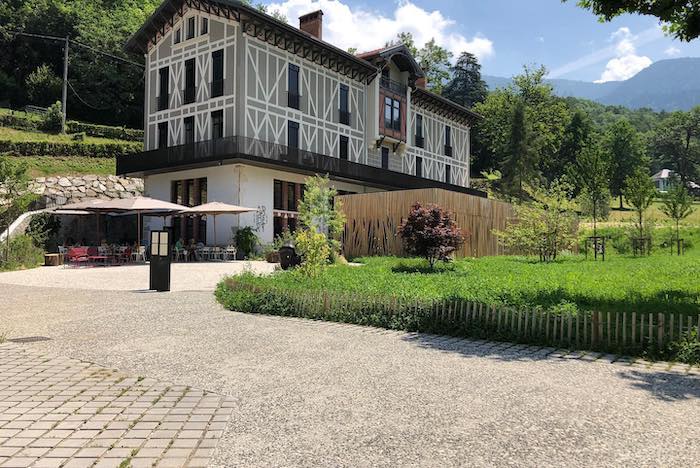 It was during a spectacular lunch at Pierre Gagnaire’s (when the Michelin three-star chef was still based in the central French city of Saint-Étienne; he’s now in Paris) that Aribert first understood the power of cooking as a means of self-expression – the dish that made his head spin was Gagnaire’s monkfish with apricots. His fledgling culinary career took him to Lyon, and then Paris, where he worked at the Hôtel de Crillon when chef Christian Constant headed its kitchen, and La Tour d’Argent under Manuel Martinez. Eventually missing the Isère and outdoor life, Aribert yearned to go home and so accepted a position as sous-chef to Philippe Boisseau at the Grand Hôtel d’Uriage-lesBains in 1997. Working together, they won a Michelin star in 2000 and a second one two years later. When Boisseau retired, Aribert took over and hung on to the two stars. Eventually, though, he decided to become his own boss so he could cook in his own style, which is based on local, seasonal and often organic products, and is lyrical and meditative while managing at the same time to be lean and potent.

Our tasting menu the night we visited began with an angelic composition of grey trout with a titillating sauce of sorrel and garnishes of cabbage and turnips cut into coins. The fish was so tender it was almost cloud-like and the astringency of root vegetables and pungency of the sorrel launched the duelling theme of the angelic vs. the sensual that was the motif of the meal to come. Next, a simpler but no less satisfying dish of cooked beetroot with horseradish and blackcurrant sauce, and then a stunning dish of brook trout glossed in a vivid green sauce of puréed parsley and haricots verts. 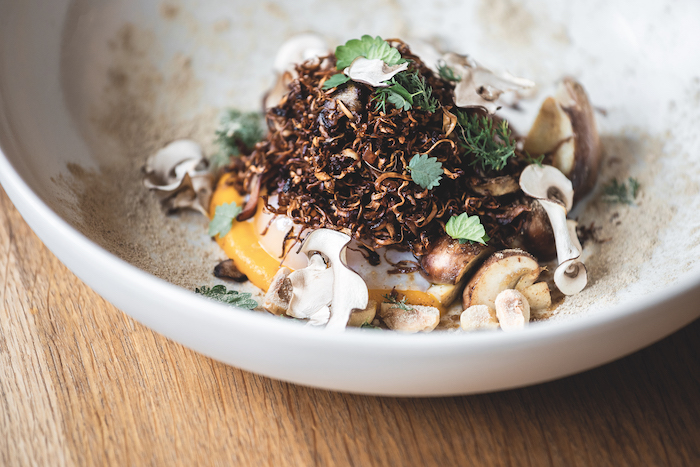 While a coddled egg with wild mushrooms and salad burnet recalled a quiet autumn walk in the woods, the buckwheat tartelette filled with the tender pearled bellies of local lake fish on a bed of sautéed white onions under a cap of celeriac foam, brought to mind verdant water meadows.

Veering in an earthier direction, a succulent fillet of local free-range chicken in a rich, ruddy jus flavoured with savory and lemongrass, came with wilted cabbage and was deeply satisfying as a final perfect expression of Aribert’s cooking, which is deeply rooted in La Chartreuse but also worldly, sophisticated and as bracingly reviving as the crystal clean air of the surrounding mountains.

The rattling wheels of the cheese trolley portended more pleasure, too, since this region of France has a variety of excellent cheeses rarely found elsewhere; don’t miss the Tomme de Chartreuse and Bleu du Vercors-Sassenage. ‘Le grand dessert’ – three different desserts, including a chocolate composition and an apple one – concluded this exceptionally good meal.

Dining here is expensive, but the prices at La Maison Aribert are actually great value for money for a two-star meal when compared to those in cities like Paris or Lyon, and a wonderful experience in spite of our charmless waiter and the supercilious sommelier. Aribert, who already has two Michelin stars, surely deserves a third, and this excellent table and delightful hotel make an ideal base from which to discover La Chartreuse, an enchanting part of France.