The Legend of the Beast of Gévaudan 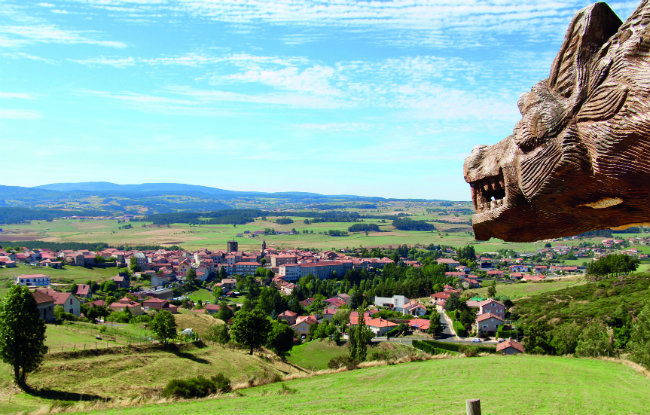 The year was 1764, and villagers across the land were hysterical with fear over the mysterious “Beast of Gévaudan” and its “reign of terror”. A sharp-toothed, wolf-like creature with a penchant for murderous rampages, it had reportedly slain over a 100 victims already.

The tales of the disembodied corpses found strewn around the forests made the news not just in national papers, but across the Channel in London too. Headlines spoke of a violent, primal creature waging war and of petrified women and girls being ripped into pieces and devoured alive, blood oozing from their slashed throats. The enraged animal – allegedly part hyena, part giant wolf – was unstoppable, irrepressible. The lurid details could have filled the pages of a horror novel. Yet, were stories of the infamous beast fact or fantastical fiction? For the villagers, it was reality.

The first victim was a 14-year-old girl attacked while tending to sheep on her family’s farm, and many more cases followed, some witnessed by the public. Once news of the murder epidemic reached the royal court, King Louis XV commissioned his best hunters to follow the trail. In an era when homosexuality scandals had rocked the aristocracy, boasting of slaying a ferocious beast was a way for them to demonstratively reclaim their masculinity and mend their fragile reputations. However, it was no easy task. One pretender accepted a reward – reportedly the equivalent of a year’s wages for the average worker – as compensation for killing the beast. However, after the corpse arrived at the court of Versailles, the celebrations came to an end, as it was declared to be merely an ordinary “large wolf”. The real beast, according to reports, was a “hybrid monster” with a body as long as a leopard’s, and a mass of unruly bright red and black fur. While it shared similarities with wolves, it certainly dwarfed them in size.

Soon, the murders began again but, having squandered vast sums of money on slaying a target that was still very much alive, the humiliated king refused to continue financing the extermination project. Instead, as the beast had a pattern of striking almost exclusively against females, the army arranged for soldiers to dress as poverty-stricken peasant women to bait it with the promise of an easy target. The infantry had attributed amusingly human-like characteristics to the beast, assuming it would sense automatically that a woman was more vulnerable than a man and that it would know the difference between an aristocrat and a peasant. Unsurprisingly, these efforts to trap it failed.

Meanwhile local gossips spread increasingly outlandish claims. For instance, it was alleged that the beast had hooves and that its hide could repel bullets like a boomerang. Finally, in June 1767, local farmer Jean Chastel apparently shot it dead. However, the hero then became the target of a witch-hunt by conspiracy theorists claiming that the creature had belonged to him and that he had deliberately trained it to attack. Some insisted he was a serial killer who had been using the animal strategically to deflect suspicion away from himself. Villagers’ feverish imaginations seemed to have dreamt up a Hound of the Baskervilles-style plot ahead of the novel’s time.

Nonetheless, Chastel is honoured today by a statue in La Besseyre-Saint-Mary, while there is a small museum in Saugues dedicated to the beast’s legend. Although Gévaudan no longer officially exists (the area is now categorised within the département of Lozère), a wolf sanctuary has notably been opened in its name, Les Loups du Gévaudan. In the early 1990s, Brigitte Bardot gifted it with 80 wolves in a bid to help revive the fallen reputation of a demonised species.

While the truth surrounding the beast still remains uncertain, its story is to French folklore what Medusa is to Greek mythology.

Fact or fiction, its legend lives on.

Previous Article Where to Stay and Eat in Lorraine
Next Article Win Two Luxury Hampers Worth $159.98 (US Entrants Only)