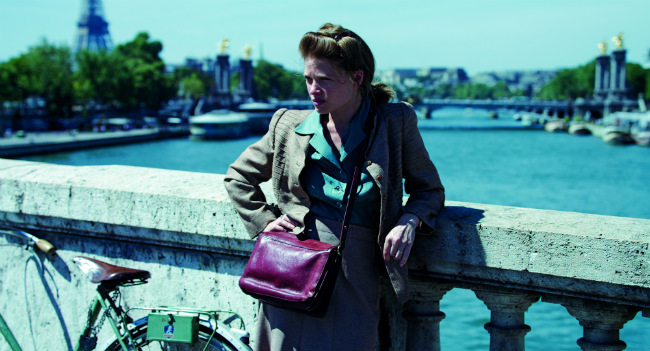 “I’m naturally shy and I don’t communicate very well or easily,” says Mélanie Thierry, sotto voce. So faintly, in fact, that in the pregnant pause that follows, I fear the line has gone dead. There is a deep, tremulous intake of breath on the other end.

“I’ve learned to soften up and relax,” she adds hesitantly; each tentative word clearly requiring considerable effort. “I can be extroverted in a movie, I manage. But in life I don’t quite succeed.”

In turns skittish, uncertain and noticeably frustrated at her strained fits-and-starts cadence, it’s near impossible to reconcile the timid actress with the brash, outspoken author she so dauntlessly brings to life in Emmanuel Finkiel’s adaptation of Marguerite Duras’s autobiographical novel La Douleur (Memoir of War). 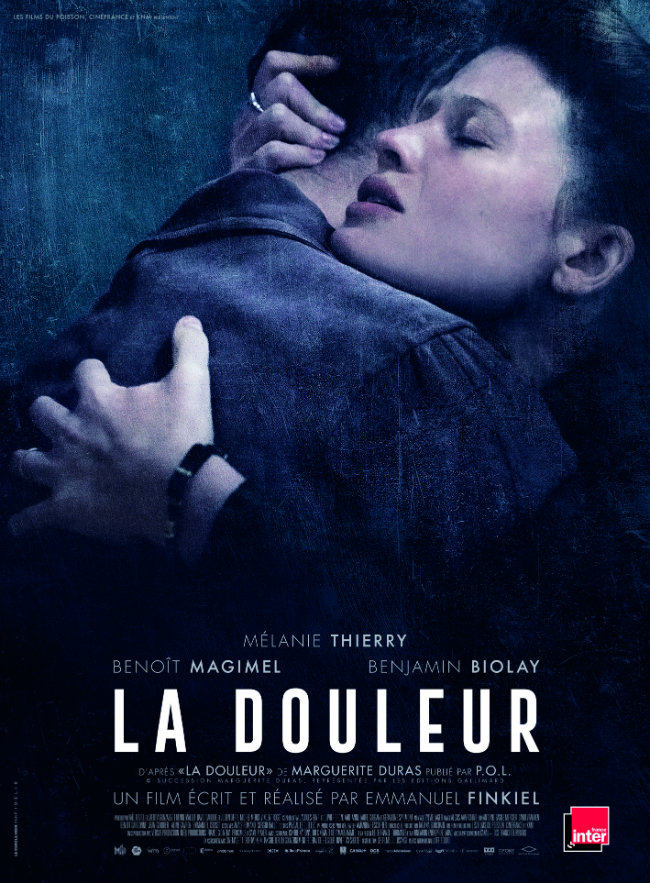 “I struggle so much to express my emotions in my personal life that, in a way, being a vector of emotion and expressing myself through a character is a way to find a voice,” confides the 36-year-old with disarming candour. “It’s a way to hide behind a character perhaps, or to tap into the deepest, most buried part of myself. I think you’d probably get to know me better watching my films than spending time with me in real life, because I open up far less in real life.”

It is a tad surprising that she should have found her voice borrowing that of Duras, one of France’s most daring and opinionated literary mavericks. Though borrowing may be too strong a word, she insists. She never set out to become a flesh-and-blood double of the irrepressible force of nature in Finkiel’s hypnotic drama. How could she, when Marguerite Duras so deliberately and painstakingly blurred the line between truth and fiction in the original material, setting herself up as the unreliable, flawed and elusive “heroine” of her own story?

“You couldn’t ignore what Duras represents but at the same time I had to forget who she was to be able to shoulder the role as best I could,” she says, her voice rising steadily as she warms to her theme. “One thing that could protect me in a way was the fact that it’s fiction, it’s an adaptation of a novel. Granted, she plays a central role in it and it’s her own story, but Duras never lost sight of the fact that she was the heroine of her book. 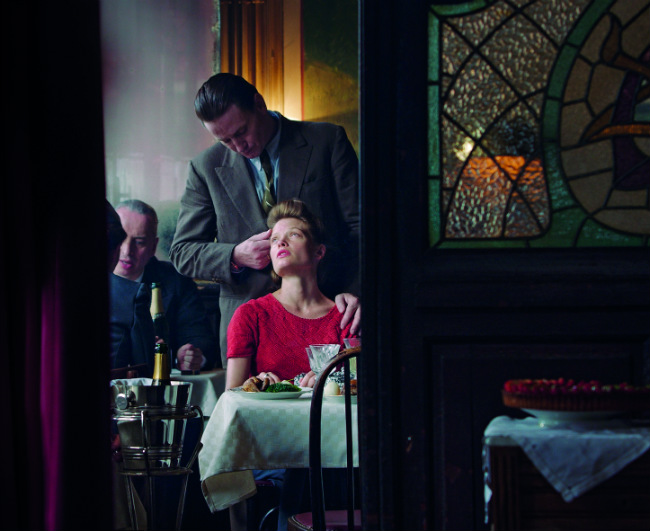 “This is not a biopic. I attempted to be as close as possible to this woman who waits for her husband, like so many others relentlessly and hopelessly in love during the Occupation. And then, to portray this woman who later steadily distances herself and breaks away from this man who is on the other side of the country. This period of the Liberation was simply unbearable,” she continues.

“You have this feeling that France being free, the country is happy; whereas it was a time when women felt loss even more. They suffered a terrible solitude. War was over but their men returned one at a time, or not at all. It’s the confrontation of two worlds: one that’s waving the flag and another that in a way is completely abandoned.”

Both Marguerite Duras and her husband, the writer Robert Antelme, were members of the Resistance in Nazi-occupied Paris. Desperate for news of Robert, who has been arrested and sent to Dachau, Duras embarks on reckless flirtation with Nazi collaborator Rabier to coax out information on his whereabouts. After the Liberation, the comforting distractions of conspiracy and plot drain away, leaving her largely alone with her thoughts as she anxiously awaits her husband’s return. 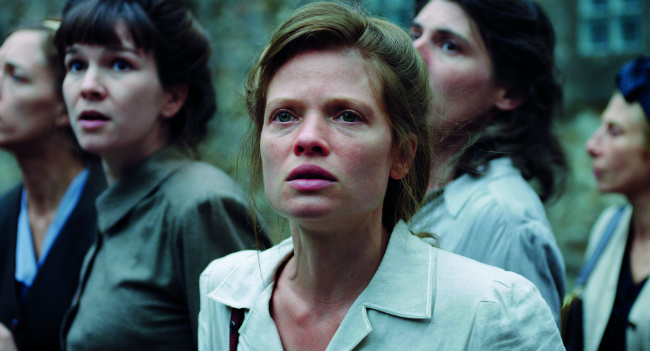 A WORLD OF PAIN

But this hoped-for homecoming is laced with trepidation. Duras’s marriage had all but broken down by the time her husband was deported and she had started an affair with charismatic resistant Dionys. The prolonged wait for this near stranger dredges up unbearable guilt – paradoxically at her sheer absence of guilt at the liaison – and in the novel as in the film, Duras gives over entirely and obsessively to the role of the steadfast wife, wallowing in pain.

Regardless of her subconscious motives, her torment is real. Thierry’s raw anguish in La Douleur, her contorted face and convulsing body as Duras abandons herself to pure unadulterated grief agonisingly captures her inner turmoil. Yet while her character teetered on the outer fringes of her own madness, Thierry describes the shoot as “euphoric”.

“I was happy, truly happy,” she recalls wistfully. “Everyone says to me about this film, ‘It must have been complicated coming home every night’. The transition from set to family life was smooth,” adds the mother-of-two, whose long-term partner is acclaimed singer-songwriter Raphael. 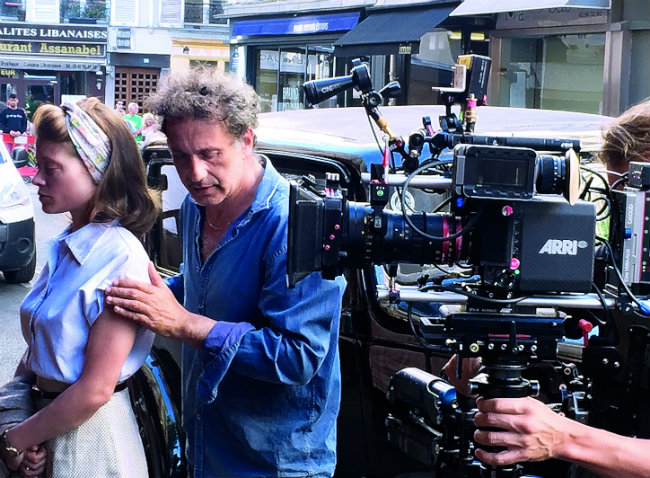 “I’m not neurotic or depressive. I’m sensitive but I’m not fragile. I was doing something I love, a type of cinema that’s galvanising. It’s a euphoric experience. You know you’re not doing this for nothing. It may not resonate with everyone but it may change something for the small number of people it does reach.”

This is not to say she was not gripped by an all-too-familiar sense of dread at the prospect of stepping on set; one which, like her shyness, she has never quite managed to overcome since her first forays into acting and modelling as a teenager.

“When I was young, I got very little pleasure from acting,” she says casually. “The very desire to act scared me. The way others perceived me was terrifying. I had crippling stage fright. I still do, you never quite get rid of it. I couldn’t handle it as much then. I managed to tell myself that it was not so unpleasant to be in the limelight and that perhaps I’d rather be in the limelight than remain in the shadows. That it was an exciting life. I don’t know whether I chose it or it chose me. But I couldn’t give it up.

“When you start young, it’s easy to be swept aside. You have this spontaneity, naiveté, freshness and a eeting charm that doesn’t last. You have to get past that and hold on tight, to mature, to question yourself, to progress – it does pay off.” She pauses, inhaling audibly before adding: “It’s through hard work that you’re still here.” This hard work, and quiet determination, paid off indeed. She was awarded Meilleur Espoir Féminin (most promising actress) at the César in 2010 for her turn as young alcoholic Magali in One for the Road. She received two further nominations for Best Supporting Actress in 2017 and 2018.

“I’m not going to lie: I’m overjoyed when I get the call telling me I’m one of the five shortlisted. Even though my heart is pounding and the blood drains from my head, because it’s absolutely terrifying. I’m the happiest woman alive. I don’t turn my nose up at such honours. I don’t do false modesty, pretend I don’t care. It means people appreciate you, your work is recognised, that there was a reason to hold on.” 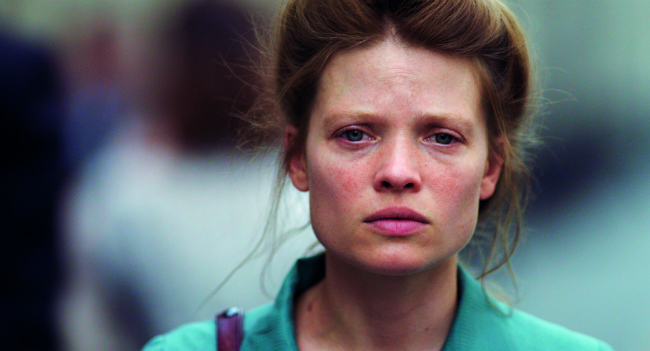 Despite these career-defining kudos, (she bridles at the phrase, throwing in an “It’s more personal than that,” so firm and unbending, I glimpse for the first time a sliver of the passion and hot-headedness she harnessed as Duras) she insists La Douleur was the “game changer”. “It’s a colossal part. It’s something that has profoundly changed me as person and as an actress. There is a before and after. It’s an unbelievable chance to be trusted with this kind of role and to be led through it all with benevolence and kindness.”

While La Douleur has been tipped for César glory, she is keen to point out potential accolades were far from her mind when she auditioned for the part. “You can’t think that way from the get-go. It’s despicable to think, ‘I’ll do that film and for sure I’ll get a nomination’,” she says, seething – the timid, hesitant woman of just half an hour ago a faraway memory.

“It’s contemptible to think that way. But I’m happy to think people like the film, that it works. We’re all proud to be part of this film and that a film like this was made in the way it was. Let’s face it, it’s no popcorn movie. It’s a real and demanding cinematic proposition.”

Bar a quick overview of her next project, Le Vent Tourne, in which she plays “une petite paysanne”, she grows perceptibly agitated at any mention of the future. “I just don’t know how to project myself in the future,” she says barely above a whisper. “I’m incapable of it,” she softens, chuckling discreetly.

“I started young and it takes time to be able to make the movies you want to make. For years, you navigate the industry, you take what people are willing to give you. But as you develop your taste and start to understand the sorts of movies you love, you tend to lean towards a type of cinema that resonates with you, that seduces you. I’m just happy to be making films I didn’t think I was destined to,” she trails off. “And to feel at home doing it.”

Memoir of War premièred in the US at the Rendez- Vous with French Cinema festival. It is set to open in New York on August 17. UK release to be announced.

Previous Article Nausicaá and the Beating Heart of Boulonnais
Next Article Saint Jazz Cap Ferrat 2018: A Charming Festival in a Postcard-Perfect Setting