Discover 3 Wine Routes in the Midi-Pyrénées 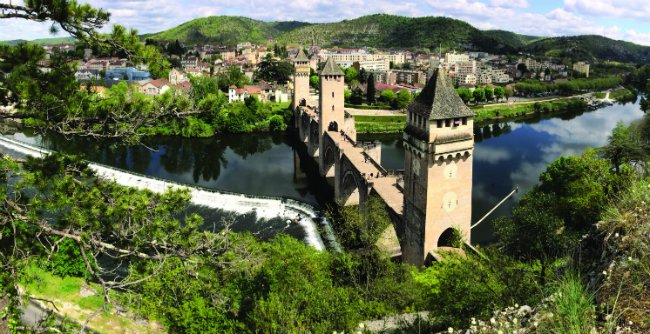 When you think of French wine, famous appellations like Champagne or Bordeaux are the first names that come to mind; wines with strong characters and powerful flavours, their fame extends far beyond the nation’s borders. But those who know France understand that there are many other fantastic wines elsewhere, and not least in the southwest.

In the sun-kissed region of the Midi-Pyrénées, for example, vineyards are integral to the landscape and produce delicious varieties. If you’re unfamiliar with the likes of Gaillac Rosé or Côtes de Cascogne, maybe it’s time to experience wine tasting in an alternative way. However, embarking on a route des vins isn’t only about tasting – you’ll discover the magical confluence of an area’s wine heritage, its culture and the very terroir which continues to produce these fine varieties.

You’ll need a few days to fully enjoy following a wine route and to make it memorable, especially if you want to make a few stops along the way. You can set your own customised itinerary – sticking to just the main sites or, if you have time, stopping in each lovely village en route.

You have three main options for exploring the vineyards of southwest France, and each allows you to discover not only the wine producers but also the area’s heritage – the two often being intertwined. The Cahors-Malbec route follows the Lot River, which meanders downstream to the vineyards of Cahors; while if you prefer Armagnac, take the route des vins around the ancient heart of Gascogne, the Gers, where the countryside epitomises beauty and seclusion. The third principal route, around Gaillac, combines the verdancy of the vineyards with the region’s historical treasures. Situated to the north of Toulouse, Cahors curls around a bend in the Lot River and is surrounded by steep hills. Its cépage (grape variety) is the well-known Malbec. This dark grape is tinged with violet and garnet red, and it’s no wonder that during the Middle Ages the English named the varieties it produces ‘black wine’.

Wine production began here some 2,000 years ago, when the Romans planted the ancient province of Quercy’s first vineyards. Cahors Malbec quickly became famous, eclipsing its Italian rivals and was soon competing with wines from Bordeaux. In the 19th century, wines from the Lot were threatened by the phylloxera epidemic, but fortunately recovered over the following century. Today, the production area covers around 440 hectares. The vines that produce the richest Cahors wine are situated on hillsides of the Lot and those nearer the river produce suppler and fruitier wine. Cahors is also famous for its rich history. The Cathédrale Saint-Etienne enjoys UNESCO World Heritage Site status, as it’s part of the Way of Saint James pilgrimage route. The other site not to miss before returning to the vineyards is the Pont Valentré, a giant medieval bridge built in stone which spans the Lot River and provides a spectacular view.

South of Cahors, in the charming towns of Castelnau-Montratier or Saint-Pantaléon, you’ll find the Coteaux du Quercy appellation. These vineyards, at the crossroads of Atlantic and Mediterranean influences, produce red wines with delicate notes of raspberry or cassis and woody tannins, and also rosés which are perfumed with citrus or white flowers. Reflecting the singular nature of its wines, the Côteaux de Quercy obtained its protective AOC (Appellation d’Origine Contrôlée) designation in 2011.

Discover the origins of Armagnac in the Gers, an area strongly characterised by its Gascon identity. Gascogne, covering what is now Aquitaine and the Midi-Pyrénées, used to be a province in its own right; the area is bordered by the Atlantic Ocean, Spain and the Garonne River.

Armagnac is the oldest brandy in France and you’ll have ample opportunity to learn about its precise distillation methods when following this route des vins – and you’ll also find touring the picturesque vineyards a powerful incentive to sample this world-famous eau de vie. The vineyards cover three areas: Bas Armagnac, Armagnac Ténarèze and Haut-Armagnac – the shape of the latter even resembles a vine leaf! Situated in the Ténazère, the village of Montréal du Gers is a 13th-century Gascon bastide and is listed as one of the Les Plus Beaux Villages de France. Why not take a stroll around in its traditional Friday market? You’ll be sure to find some Armagnac there…

If you’re passionate about history, stop off in the fortified village of Larressingle, Gascogne, with its impressive, 270-metre-long ramparts and fine drawbridge. The Artigue Bridge and the Saint-Sigismond church also make this a fabulous place to take a break from your itinerary of vineyard tours and tastings.

In Valence-sur-Baïsse, the Romanesque Abbaye de Flaran, founded in the 12th century, combines the pleasures of wine tasting with the exploration of cultural heritage. In fact, the Abbey is one of the best-maintained sites of national importance in the south of France.

This route will also include the vineyards of the Côtes de Gascogne, which are sited along clay-rich valleys bathed in sunlight, where you can have a walk between beautiful vines and take in the delicious aromas that you’ll rediscover during your tastings. The top Côtes de Gascogne wine is the lightweight Gascogne blanc, but the lesser-known Gascogne rouge is equally worth a try.

No list of Gers wines would be complete, however, without the Vins de Saint Mont, the Madiran et Pacherenc du Vic-Bilh and the Vins des Côtes du Condomois, equally lovely varieties that seem to bottle up the southern sun. All of these wines are protected by the trusted Vignobles & Découvertes label, which is granted to tourist destinations linked to the wine industry and which guarantees their high quality. The Midi-Pyrénées’ third route des vins transports you across the Tarn département, the home of Gaillac, an AOC status wine appellation which dates back to Roman times, when emperors would keep it in amphora pots. This lengthy history makes Gaillac’s vineyards the oldest in southwest France and the appellation includes no fewer than seven wines:rouge, blanc, rosé, doux, perlé, effervescent and primeur.

Situated midway between Toulouse and Albi, the town of Gaillac itself is an unmissable destination if you’re looking to discover more about the appellation’s wines. Let yourself be charmed by its pink-brick buildings, which recall the architecture of Toulouse, and such shaded squares as the Place Griffoul.

The Abbaye Saint-Michel, which overlooks the Tarn River, bears age-old witness to the town’s viniferous history. After the Hundred Years War, which ended in the mid-15th century, the abbey could only be rebuilt due to Gaillac’s flourishing wine trade.

While you’re discovering the area’s vineyards, don’t miss a visit to the town of Rabastens. You can enjoy a walk in its sunny vineyards and discover the role of viticulteurs in a town which boasted the biggest growing area in Gaillac during the 13th century. Rabastens is also home to the UNESCO-listed Notre-Dame-du-Bourg church, an obligatory stop on the Way of Saint James pilgrimage route to Santiago de Compostela.

On your way to Gaillac, stop off in Castelnau de Montmiral, which is also on the Plus Beaux Villages de France list, to enjoy a glass of wine – Gaillac, of course – on the central square under the Arcades.

The Tarn abounds with caves à vin, where you can learn about wine-making methods. Labastide-de-Lévis has the oldest cellar in the area. In fact, it was in that very cellar during 1957 that Gaillac Perlé, a gourmet sparkling dry white wine, was born. À votre santé!

You can fly to Toulouse, the capital city of the Midi-Pyrénées region, from London Gatwick and Bristol with easyJet, and from Birmingham with Flybe. Otherwise, travel by eurostar from London to Paris and then take the TGV from Montparnasse to Toulouse Matabiau. From Toulouse, a regular train service can take you to Cahors in an hour. The Regional express train (TER) offers services going to the Gers towards Auch, which takes around an hour and a half. To reach Gaillac in the Tarn, simply take the TER towards Albi.