Great Destinations: Time to Tune into the Channel 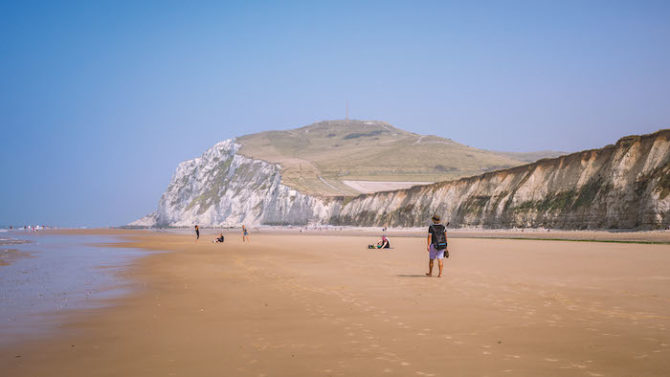 The Channel coast of Hauts-de-France is a stunner for those who take time to explore. Gillian Thornton enjoyed a road trip from Dunkerque to the Baie de Somme

The market stalls piled high with glistening catch-of-the-day are as much a tourist attraction in Boulogne as the historic streets of its hilltop Old Town. But just a short drive from the quayside displays of France’s largest fishing port, I’m standing nose to gills with sea creatures from very different waters. At a time when public awareness of marine conservation is at an all-time high, Nausicaá delivers on every level. Opened in 1991 and greatly expanded in 2018, the vast tanks and multiple habitats of Europe’s biggest aquarium are home to some 1,600 different species – everything from tropical fish to sharks, jellyfish to penguins. 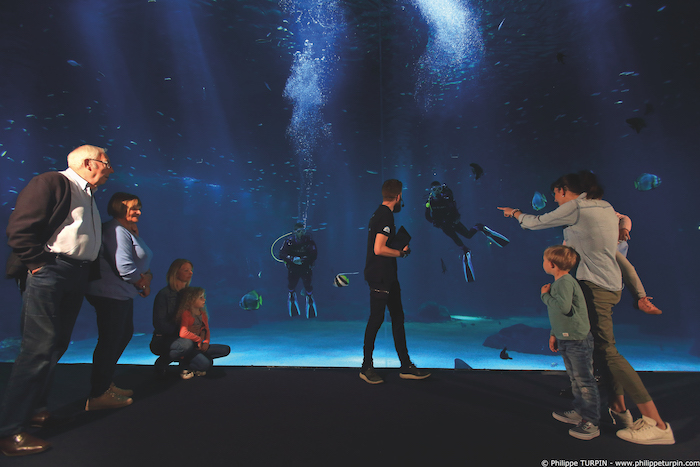 Nausicaa is a must on any intinerary. Photo credit © PH Turpin.

And after the enforced closures of 2020, Nausicaá will hopefully celebrate its 30th birthday with a full programme of special events. Meanwhile, the latest temporary exhibition – In the Eye of the Climate – has been extended to give more visitors the chance to experience this immersive journey into the effects of global warming. Spend a few hours at Nausicaá and you really do come away with a deeper understanding of why the future of our marine life is so important.

I first visited Nausicaá with my young children in the 1990s and it has remained a highlight for our family ever since. But the coastline of Hauts-de-France has so much to offer for those who take time to explore rather than pass through at speed en route to all points south.

It takes barely two hours to drive down the Opal Coast from Dunkerque in the north to Berck-sur-Mer, and on to the Belle Époque villas of Mers-les-Bains on the border with Normandy. But why rush? The tempting diversions of the Channel Coast and hinterland make it easy to spin the journey out into a fun-filled short break with minimal mileage, or create a welcome stopover to break up a journey home. Think glorious sandy beaches and stirring historical sites, family attractions, heritage towns and retail temptations by the basket load.

Tell any French citizen from south of the Loire that you’re taking a break in the north and you can expect raised eyebrows and shrugged shoulders. But from the moment Belgium morphs seamlessly into France at Bray Dunes, the question for any traveller is not what to do, but what to do next.

The inland villages in the far north are distinctly Flemish in both name and architecture: Zegerscappel, Hondschoote, Spreuwkoot. To the majority of French travellers, it’s a completely alien dialect, widely known as Ch’ti, because of its sibilant sounds. If you visit just one community, make it Bergues. This pretty, small town just 10km inland from Dunkerque is bisected by canals, the picturesque setting for the 2008 French comedy hit, Bienvenue Chez les Ch’tis (Welcome to the Sticks). If, like me, you loved the film, about a Provençal postman unable to understand the local accent, book at the tourist office for a place on a behind-the-scenes guided tour.

Back on the coast, the 2017 movie by Christopher Nolan brought the Dunkerque evacuation of 1940 into stark reality, and you can follow in the footsteps of both evacuees and movie stars around the modern town. But Dunkerque’s maritime history goes way back before the famous Little Ships that played such a vital role in Operation Dynamo. Don’t miss the excellent Port Museum, the floating museum ships, or the harbour cruise with its informative and entertaining commentary. 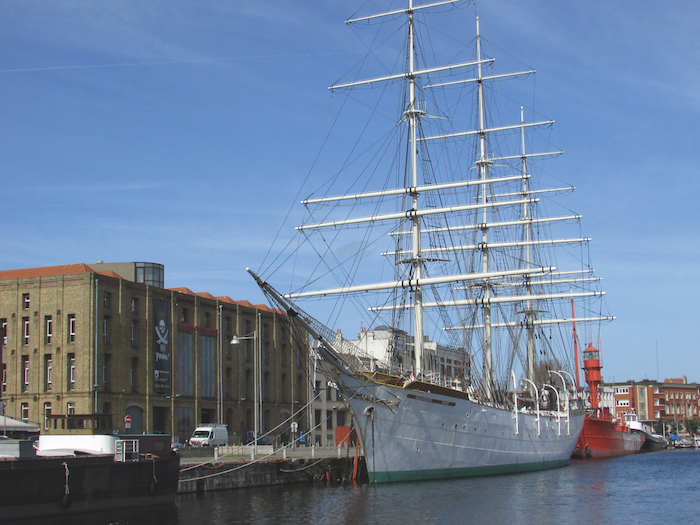 The lighthouse in the Baie d’Authie. Photo credit © A.Chaput, Pas-de-Calais

Travelling west towards Calais, Gravelines is worth a few hours of anyone’s time. Sebastian Le Prestre, Marquis de Vauban, refortified the citadel here for big boss Louis XIV, and today it’s the only Vauban fortification that’s navigable by electric boat. Follow the waterway to the English Channel for sand dunes, a nature reserve, and the jolly striped lighthouse of Grand-Fort-Philippe.

Often regarded as little more than an access point to all points south, Calais has upped its game in recent years as a tourist destination. Take the lift up the Town Hall bell tower for an impressive bird’s eye view, before admiring Rodin’s statue of the six Burghers of Calais in the formal gardens below. The nearby City of Lace and Fashion is a must for craft and fashion lovers, and don’t leave town without a ride on the new Calais Dragon, a mechanical marvel that offers visitors a unique view of the port. 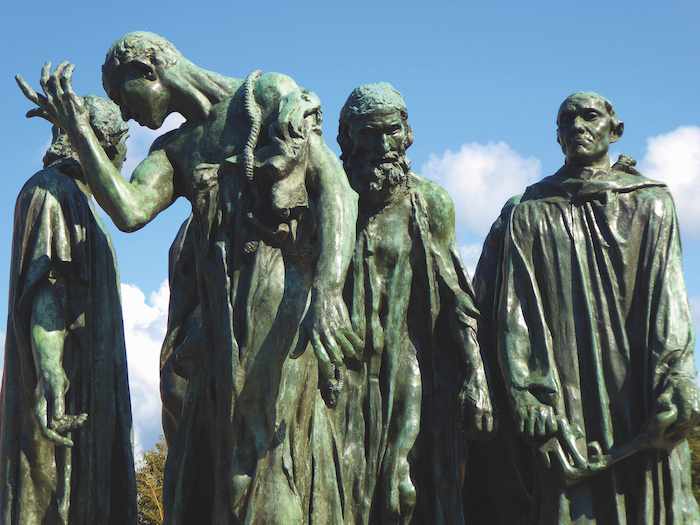 But my favourite view of the Channel comes from the Grand Site des Deux Caps west of Calais, classified amongst the prestigious band of Grands Sites de France since 2011. Cap Blanc-Nez and Cap Gris-Nez are as iconic to the French as the white cliffs of Dover are to the British. The modern visitor centre is a springboard to exploring this glorious open space as well as understanding its importance.

The coast swings south beyond Griz-Nez. Hug the road that cuts between the seashore and undulating farmland to pass through the quaint fishing villages of Audresselles and Ambleteuse, and on to the Belle Époque resort of Wimereux. There were 50 hotels and 800 villas here in 1914, but today just a few remain, the others lost to two world wars.

Wimereux blends seamlessly into Boulogne, which offers far more than just fish. Head to the Upper Town for the Basilica of Notre-Dame, which boasts one of the largest crypts in France. And discover the eclectic collection inside the Castle of the Counts, built on Roman foundations, and including an outstanding collection of Egyptian artefacts, donated to the town by Boulogne-born Auguste Mariette, creator of the Cairo Museum. The latest draw to this diverse town is the trail linking 33 vibrant street art murals.

There’s a different kind of art to be enjoyed a short drive inland at Desvres, a town synonymous with earthenware pottery. Skilled craftsmen built their reputation on their ability to copy any style of ceramics, branching out from tableware and ornaments to floor and wall tiles. A visit to the Musée de la Céramique is a feast for all the senses.

Need a beach fix? Hardelot-Plage is a quiet seaside town with some lovely houses set amongst trees, a substantial equestrian centre, and a fabulous expanse of beach. If you’re a rider, I can thoroughly recommend both the tranquil forest trails and the more energetic beach hack. The final gallop over firm, empty sands is guaranteed to exfoliate as well as exhilarate! 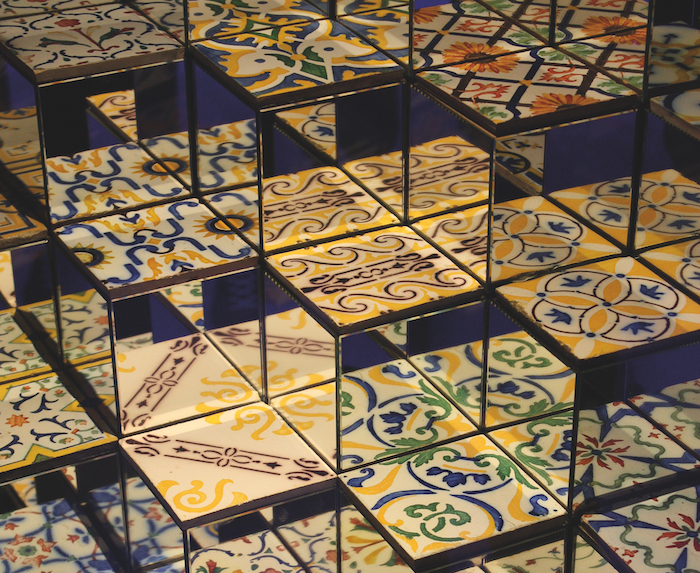 The 19th-century Château d’Hardelot was built in mock-Tudor style by British officer Henry Guy on the site of a ruined medieval castle. Now beautifully restored to Victorian splendour, it has a new lease of life as a cultural centre that celebrates the history of Franco-British relations through local history and themed exhibitions, as well as promoting the Entente Cordiale through cultural links.

Just south of Hardelot, take time out to walk to the highest point of the Opal Coast. The tree-covered hill of Mont Saint-Frieux is just 151m high, but the coastal views are more than worth the effort. Then cross the Canche river at the former fishing port of Étaples. Today the fleet is based in Boulogne, but the town’s piscatorial past is commemorated at Maréis opposite the quayside fish market.

From here it’s just a short hop to Le Touquet-Paris-Plage, a popular seaside resort that was developed in the 1880s out of local marshland and bought by Englishman Sir John Whitley in 1902. Quickly popular with wealthy Parisians, Le Touquet is fashionable but rarely flamboyant, despite its high-profile sporting and social events, and buzzes with both visitors and second-home owners in July and August. But outside peak season, this charming resort is far more relaxed, easy to enjoy on foot or bicycle. 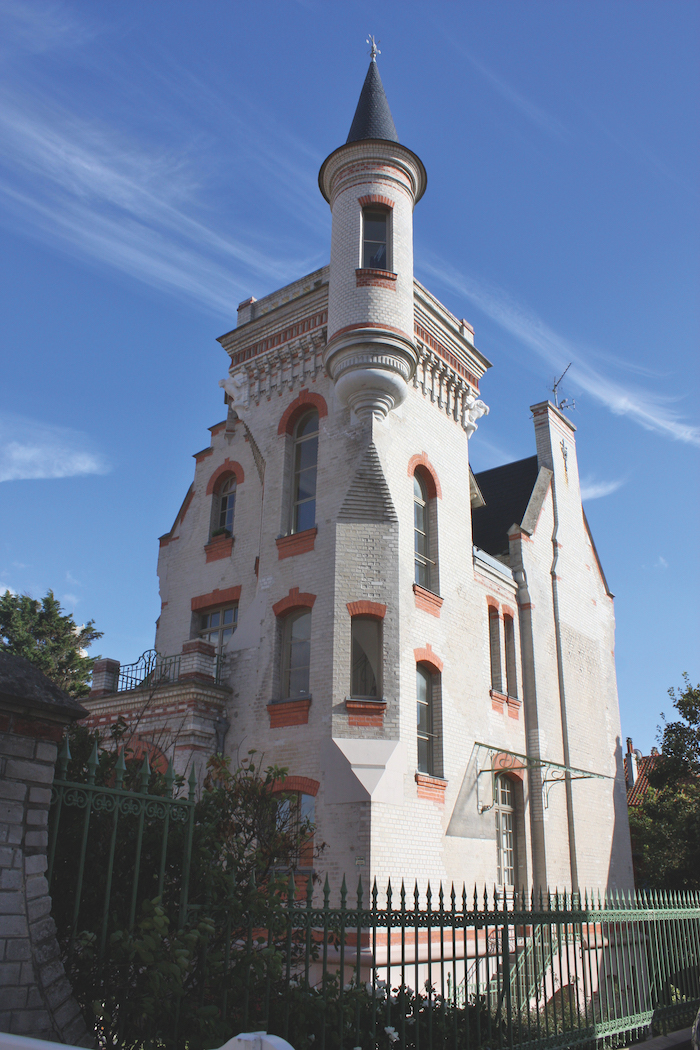 Turn your back on Le Touquet and the road through the Canche valley leads to Montreuil, gateway to the pastoral idyll of the Seven Valleys. This hidden gem of rolling countryside and ancient woodland is dotted with unobtrusive villages that include Azincourt of Henry V fame. Montreuil has developed a reputation as a foodie destination in recent years through its restaurants, hotels and specialist shops, and you can walk off the calories along the rampart walk, through its quaint streets and around the citadel.

South again and Berck-sur-Mer on the Baie d’Authie is renowned for its April kite festival and broad sandy beach, but stop too at the museum to enjoy atmospheric paintings of local life as well as a rich archaeological collection. Beyond the mouth of the Authie, the département of Pas-de-Calais gives way to Somme, the only département in the former Picardie region with any coastline.

Take a short detour inland to Valloires Abbey and gardens, wind down to the medieval battlefield at Crécy-en-Ponthieu, and then head back towards the coast to the pretty town of Rue. But the big draw here is Picardie’s 70km of varied coastline which stretches south to the Bresle valley on the border with Normandy.

Expect a mix of high cliffs and flat estuaries, fine sand and smooth pebbles, highlights being the dune landscape of the Marquenterre bird reserve and the wide open Baie de Somme, which is one of the least developed stretches of coastline in France.

The medieval port of Saint-Valéry-sur-Somme is a beguiling mix of historic hilltop streets and waterside fishing cottages, a hub for discovering more by foot, bike or boat. Opposite, the shrimp fishing port of Le Crotoy boasts the only south-facing sandy beach in the north of France.

Follow the river inland to Abbeville, the historic capital of maritime Picardy. From here you could loop back up through the Seven Valleys to Saint-Omer and the Channel ports. Or you could simply turn the car around 180 degrees and drive back the way you just came, stopping at all the places you missed on the way down. Trust me, there will be plenty of them.

For more information and to plan your trip to the region visit Pas-de-Calais Tourisme and Visit Somme. 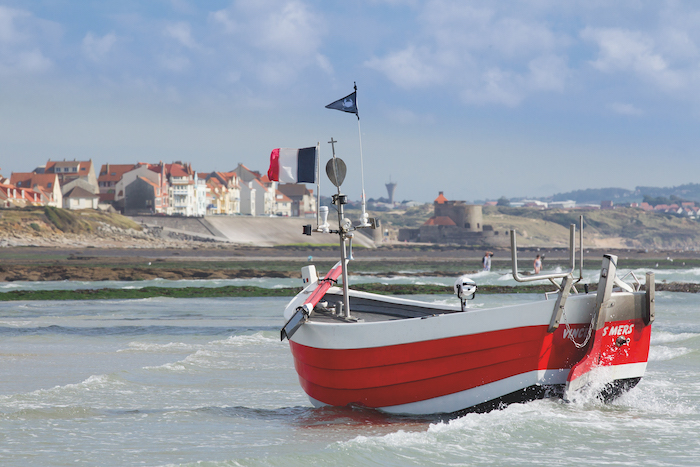 Explore Troyes, the City Shaped like a Champagne Cork