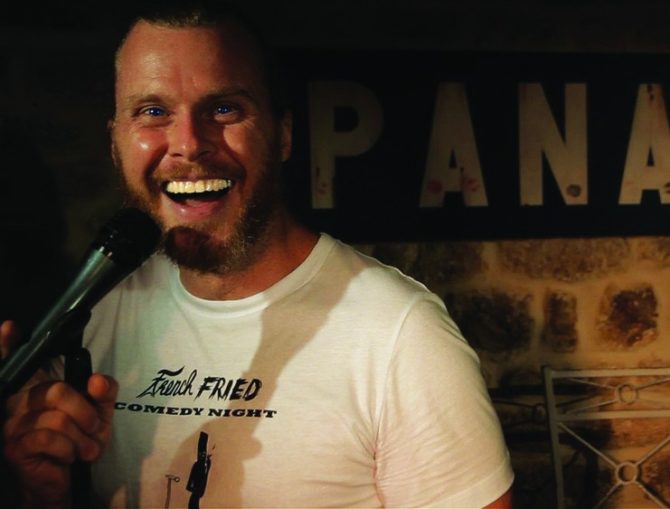 Paris-based American comedian Robert Hoehn has a loyal following, thanks to his series of hilarious YouTube videos, French Fried TV, which poke fun at Anglo-French cultural differences. He’s now taken this concept to the stage at Le Paname Art Café in the chic 11th arrondissement, where he’s joined by a rotating selection of upcoming and established comics.

Although the French capital’s English-language comedy scene isn’t huge, it’s burgeoning thanks to popular stand-up soirées such as this. With such a wide variety of talent on offer, not all of the jokes may be to everyone’s taste, but for those who are fascinated/baffled by Franco-Anglo nuances, more than a few giggles are guaranteed.

Previous Article Saint-Paul de Vence: The Jewel of the French Riviera
Next Article Easter in France: A Cornucopia of Chocolate