Evenings Out in Paris: Les Franglaises 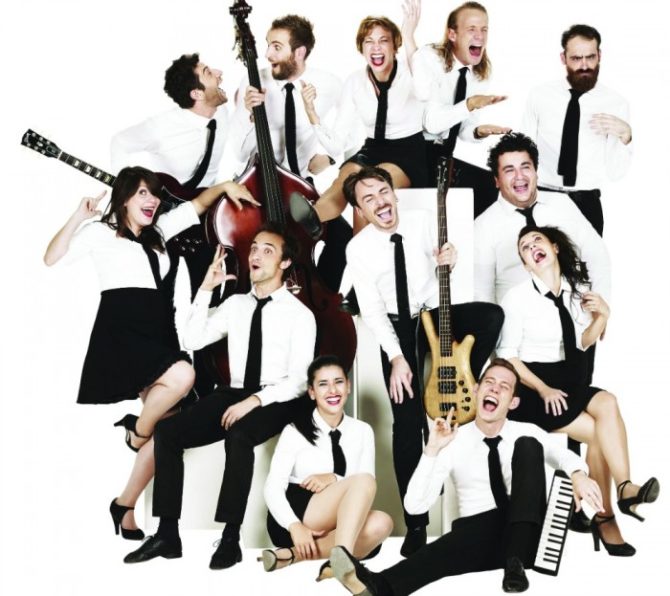 With a debut at the Bobino this past February, Les Franglaises’ new show combines a sprinkling of burlesque with a dash of pop and a generous dollop of energy, promising spectators a laugh-out-loud evening. It’s a show with a difference, a bubbly cocktail of comedy, song and dance that boasts an original, hilarious concept which will have you chuckling away until the very last number and leaving the theatre on a high.

Les Franglaises are a talented troupe of around a dozen musicians and actors who perform literal French translations of British and American pop songs, while encouraging the audience to guess the hit tune they’re tackling. This interaction is a key aspect of the show – you’re being entertained and playing a game at the same time, which is double the fun for those with a competitive streak! During the evening, you might hear a cappella versions of songs by “Michel Fils-de-Jacques” (Michael Jackson), “Les Gens du Village” (The Village People) or “Les Filles Épicées” (the Spice Girls). Native English speakers with a good level of French obviously have an advantage when it comes to identifying the tunes but, sadly, there’s no prize for the highest number of correct guesses by the end of the show.

Previous Article Art in Paris: In the Time of Klimt, The Vienna Secession
Next Article Scent Obsession: 7 Chic Parisian Perfumers