My Life in Paris: Montmartre, Movies and Machine Guns 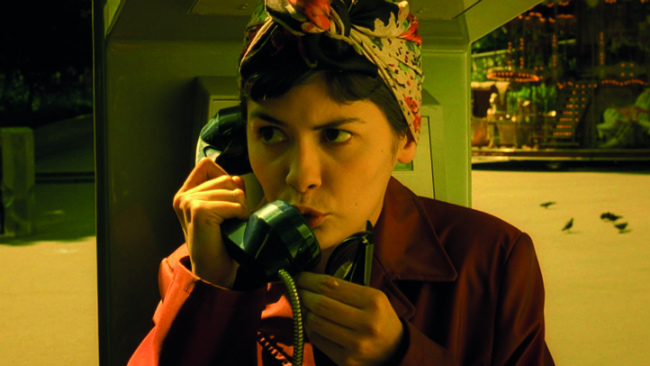 From film props to gun-toting soldiers, Montmartre is full of surprises…

The sky is electric blue and the air is chilly. Propped up against a rock wall near Brassaï’s 285 steps on rue Foyatier, I watch the carousel spin under the gaze of the Sacré-Cœur. As a nearby street band plays Quizás, Quizás, Quizás over and over, the aroma of Nutella crêpes, salted French fries, and barbe à papa (cotton candy) tickles my nose.

Here in Montmartre’s fabric district, winged scissors graffiti rule the skinny rues. Easily unravelled by the mere sight of spools of yarn, patches, pompoms, and tassels, along with furbelows, bonnets, and bolts of toile de Jouy, this shiny sequinned quarter has never failed to woo my inner do-it-yourselfer.

It’s eleven in the morning. I’m waiting for the doors of Halle Saint-Pierre to open.

Housed in a former 19th-century food market, the museum is similar in spirit to Switzerland’s Collection de l’Art Brut and Baltimore’s American Visionary Art Museum, featuring both contemporary and historic works by self-taught and fringe artists. The current exhibition gives props to movie props, specifically ones created by filmmakers Marc Caro and Jean-Pierre Jeunet. Over the moon, my hands are shaking. See, I’m about to pay homage to my favourite movie: Le Fabuleux Destin d’Amélie Poulain.

I’ve seen the green-filtered confection at least 50 times. If it’s a crime, then I am guilty! But my declaration doesn’t stop there.

Whenever I’m tangling with writer’s block, I play its soundtrack until I’ve cleared the hurdle. As my fingertips tap dance across the keyboard in sync with Yann Tiersen’s swelling sounds, I often forget that I’m not actually jamming away on a harpsichord, banjo, or bicycle wheel.

Catwalking between two Amélie pilgrims, easily identifiable by their retro-infused O.O.T.D. – ruby red woolly skirts, fringe, and black boots – I make my own entrance. Immediately, I spy familiar friends and souvenirs: Monsieur Piggy, the world-trekking garden gnome, and the portrait of the pearl-garbed goose, along with the tin box of treasures, the concierge’s letters, and Nino’s skeleton costume, with its bony arms wrapped around one of the dresses that costumier Madeline Fontaine styled for Amélie.

I concur with a nod. After a few spins around the exhibition, I stop for a macaron and a soda pop in the museum café. Suddenly feeling a surge of sugar and love, I forgo the usual beeline route, and instead reconnect with friends in the close-knit ’hood along the way. Then I photograph my favourite market kitty, after tempting her with treats. I stop in a wool shop to buy yarn. I not only buy beaucoup de balls of fuzzy ‘Love’ yarn in red, but take the time to ask my friend Natalie for instructions on how to perfect one of what she amusingly calls the “simpleton” stitches, hoping it’s only a linguistic slip and that she meant to say “simple”. It’s not the coveted Popcorn loop, but guaranteed to impress. It’s never lame, she tells me.

Then, with Nat’s new trick memorised, I trek it back up the hill, just in time to sip another sweet iced cola pop on the terrace at a café with a view of Sacré-Cœur’s wedding cake-like dome at sunset.

I am riveted by my now vastly improved crochet moves, but I hit a snag with the second row. Then, hearing a shuffle of boots, I look up to see that I am no longer alone on the terrace. Eight machine gun-toting soldiers are standing just a few metres away. Does my crochet hook really look all that threatening?

No. They’re just picking up their evening sandwiches at a take-away stand.

Even so, I try to stay as still as possible. But suddenly my oversized crochet hook rocks and rolls off the marble table. We all jump.

Then, poof! They’re gone with baguettes and guns in hand. I exhale, pick up my hook, and restart the stitching, vowing to visit my friends more often because life is fast grooving. I attempt a second row. This time, I make the connection.