My Life in Paris: Monument Woman 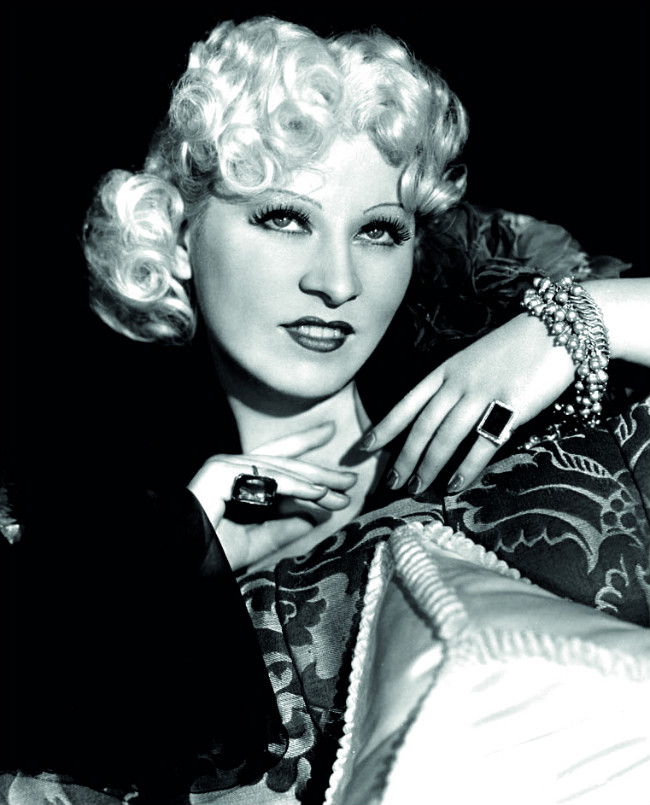 Dazzled by Dalida’s tantalising bust, Theadora Brack fantasises about her own memorial

It’s Saturday morning and I’m jogging through Montmartre with Lady Gaga on the earbuds going full blast and the news cycle far from my mind. I am in the T-zone. My zone, that is – a running collage of random thoughts mingled with things spotted in shop windows, rotating movie posters, and details of street fashion I spot as I bolt by.

Then I shake awake my inner-Dada. In one fell swoop, I scoop her up without giving it a second thought or missing one dope beat. It was love at first flight. While garbed in head-to-toe green neon, I’ve just rescued an antique dress form from a trash heap beside skinny rue Saint-Rustique, below the Sacré- Coeur. I’m not going to lie to you. She is heavy. Nevertheless, we persist.

I tuck her under one arm and keep going, belting out “Rah-rah, ah-ah-ah!” as we tramp together over the rough wet cobblestones. Because energy flows where obsession goes, we hotfoot it to Dalida’s bronze bust. I slow down the pace, pausing for a much-needed tête-à-PEP with the high-spirited pop idol’s monument, nestled at the tips of rue Girardon and rue de l’Abreuvoir. 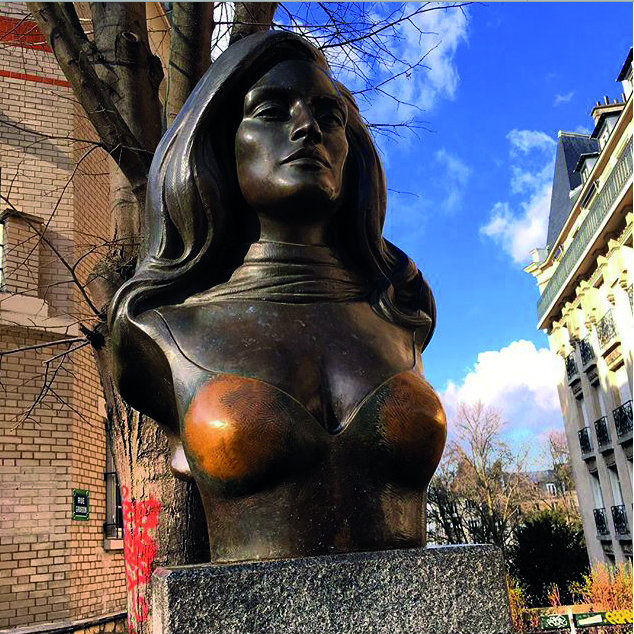 Commissioned by the Montmartre ’hood in 1997, sculptor and pin-up artist Alain Aslan styled the great chanteuse in a tight diaphanous confection with spaghetti straps, her neck concealed in a long 1970s scarf. Dalida not only courts my attention but inspires me, too. See, it was this very OOTD that helped her take the leap from the queen of classic pop ballads to the reine of disco. Girl gone Baroque, she shimmers still. In fact, it’s impossible not to hustle the bustle to her gold crossover hit, ‘Gigi in Paradisco’.

I find myself wondering: what would my own monument look like? How will they style me when I leave the rodeo? In a trench coat or – heaven forbid –my favourite puffy parka? Then it strikes me: why wait? After all, Mae West didn’t wait after successfully making the jump from the stage to the talkies.

“They’re saying I’m through but I’m not. I can always keep on giving them something different,” Mae told the press. “A star keeps going!”

Then, the on-the-go West visited Paris. Well, almost. Instead, the savvy boss diva commissioned artist Gladys Lewis Bush to sculpt a mini-Mae statue and sent it in her place. “She was stretched out on the operating-table of my work-room, and measured and probed with care and curiosity,” designer Elsa Schiaparelli wrote in her tell-all autobiography.

Schiaparelli had been commissioned to make a wardrobe for West’s role as Mademoiselle Fifi in the 1937 feature, Every Day’s a Holiday. “She had sent me all the most intimate details of her famous figure and, for greater accuracy, a plaster statue of herself quite naked in the pose of Venus de Milo.”

Sadly, because of her busy schedule, West never did “come up and see them sometime” in Paris. “I’d like to see Paris before I die. For now, Philadelphia will do,” she growled.

After Elsa shipped the wardrobe to Hollywood, “all that remained was the plaster-cast statue”. But it was this very statue and its bombshell hourglass silhouette that inspired the signature perfume bottle for Schiaparelli’s bestselling scent, ‘Shocking’.

“Mad, bad, and wild!” professional noses around the world roared, knocking Schiaparelli’s fashion world rivals for a green-eyed loop. Meanwhile West had commissioned sculptress Bush to crank out a stash of even smaller plaster versions of her nude portrait as gifts to dazzle her friends, foes and frenemies.

Now, as I sit on the steps alongside my newfound mannequin muse at Place Dalida, watching a cluster of the diva’s devoted fans break out in impromptu sing-alongs, I decide right then and there to bust a new move of my own, and register for a beginner’s sculpture workshop. Maybe I’ll make my own monument. Besides, if I don’t fancy the results, I can simply break the mould and try again. Because, as Dalida once schooled Gigi at the disco in heaven, “It’s now or never!”.

Going Down in Style
Totes, Crests and… Balls!
Montmartre, Movies and Machine Guns
Pet Peeves Laid to Rest
Of Spies and Cheese
A Passion for Fashion
Flying Frenchman
Dancing with Zelda

Previous Article La Culture: 3 Art Shows that Push the Boundaries
Next Article Beyond the Riviera in the Alpes-Maritimes