Paris Merveilles: The New Show at the Lido 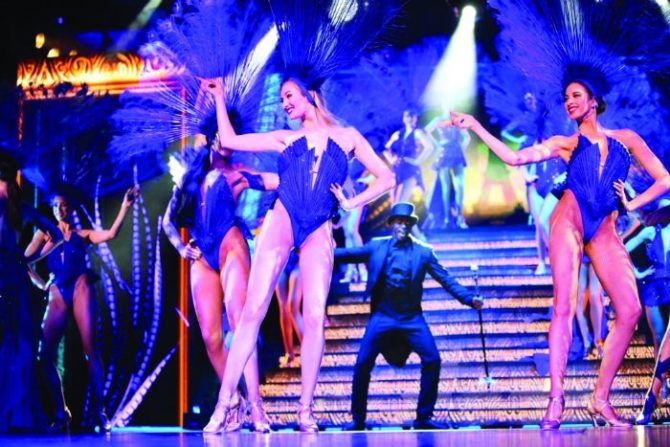 After a decade of success with the show Bonheur, the Lido now presents a brand new revue, Paris Merveilles, the brainchild of Franco Dragone, whose productions – from Celine Dion in Las Vegas to several Cirque du Soleil spectacles – have entertained some 85 million worldwide.

Paris Merveilles takes the audience on a dazzling tour of some of the city’s most emblematic settings – from the sparkling Tour Eiffel and the gardens of the Palace of Versailles, to the rooftops of Paris. The iconic Bluebell Girls have been rebooted for 2015 and their costumes – which are awash in no-less-than two million crystals, 200kg of feathers (200kg) and countless sequins – are as sumptuous and glamorous as ever.

The costumes were created by Nicolas Vaudelet, who cut his teeth at such prestigious fashion houses as Dior, Lacroix and Givenchy, while Benoît Swan Pouffer is the choreograper, and there’s music by Yvan Cassar, who’s worked with the likes of Charles Aznavour and Celine Dion. The theatre itself has also recently undergone a makeover, totalling €25 million, which ensures that this Parisian cabaret par excellence retains its cachet.

Previous Article Mas des Brun: A Dream-Come-True Vineyard in Bandol
Next Article Book Reviews: The Man in a Hurry by Paul Morand