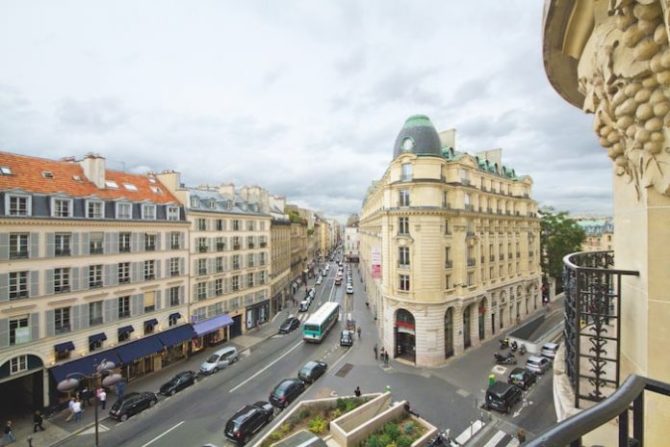 A lovely flânerie along a charming Parisian street

Strolling along Rue du Bac is one of those very Parisian experiences. Just 1,150 metres long from the Voltaire and Anatole-France quays to Rue de Sèvres, Rue du Bac is home to peaceful parks, handsome homes, and great shopping. Chocoholics will love Chocolat Chapon; enjoy a steaming cup of hot chocolate and a Mont-Blanc pastry at Angelina; and be wowed by exotic sights at legendary taxidermist Deyrolle. And don’t miss the foodie high temple that is La Grande Épicerie de Paris.

But the name of this street refers to a different kind of ‘bac’ – in this case, a flat-bottomed barge used to cross a river or lake. The ‘bac’ in question was the ferry established in around 1550 on the present Quai Voltaire, which in the 16th century transported the stone blocks destined for the construction of the Tuileries Palace. It crossed the Seine at the site of the present Pont Royal, which was first built in wood in 1632 by the financier Le Barbier. It was commissioned by Louis XIII after he witnessed a ferry accident, and was later replaced by a more permanent structure under Louis XIV.