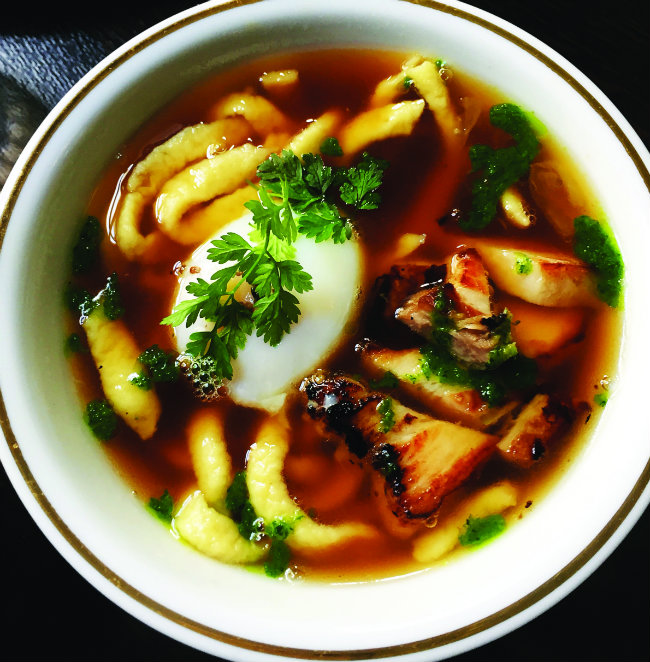 In Paris it’s always a delicate business to tamper with tradition, especially when you’re an American and the subject of your intervention is one of the city’s most venerable old bistros, the legendary Chez la Vieille (At the Old Lady’s Place) in Les Halles. This duplex restaurant reigned as the gastronomic pulpit of the late Adrienne Biasin, a saucy lady in all senses of the word. Famously cantankerous, she only cooked for people she liked and took pleasure in turning away those who rubbed her up the wrong way, no matter how rich, famous or powerful they might be.

Somehow or another, even though she teased me mercilessly the first time we met, I passed her initial head-to-toe gaze and ate there regularly, glorying in the chariot d’hors d’oeuvres, a groaning trolley of starters like herring marinated in white wine, beetroot salad, lentil salad, terrine de campagne, and others before then tucking into long-simmered and decidedly maternal dishes like boeuf aux carottes (braised beef with carrots). Eventually Madame Biasin retired and sold to a lovely Corsican woman, Marie-José Cervoni, who babied the bistro for several years before she, too, moved on, and a succession of other chefs attempted and failed to retool the legend.

Enter Chicago-born Daniel Rose, a Parisian for 16 years who also owns the very popular Parisian restaurants Spring and La Bourse et La Vie and whose new restaurant Le Coucou in New York City has won rave reviews from that city’s most exigent critics. With his new take of Chez la Vieille, Rose has turned the downstairs dining room into a convivial bar room, where you can eat at the bar or counters along the wall, while designer Elliott Barnes, another American in Paris, has created an intimate low-lit 20-cover dining room upstairs, which was Siberia in the days of Biasin and is now louche and wonderful. 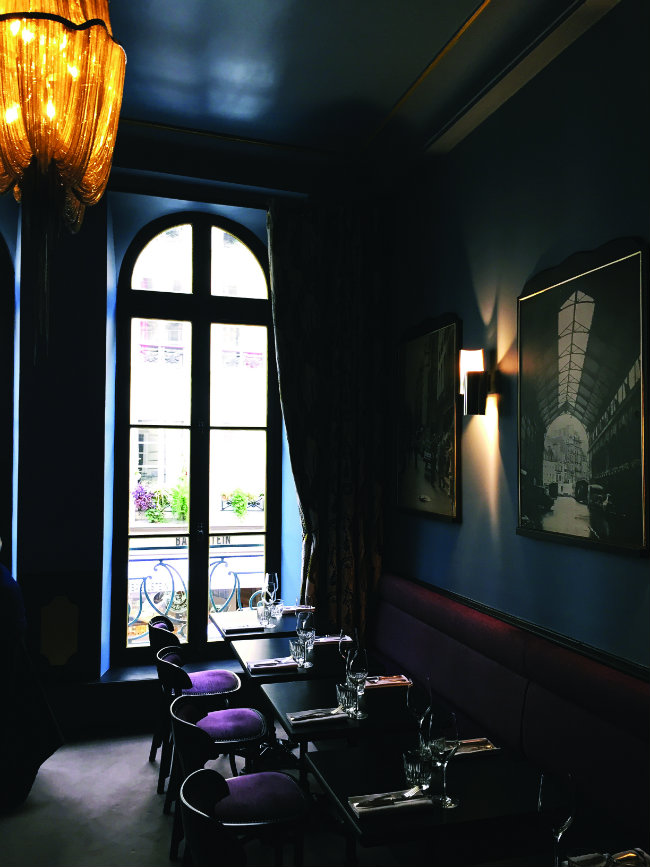 Rose has also written a menu that brilliantly extracts the DNA of what everyone loves about French bistro cooking – it’s muddled tastes made from long simmering, its meatiness, its solicitude – and made it modern. A perfect example is a deceptively simple dish of spaetzle (fat Alsatian noodles) in rich bouillon with a coddled egg and grilled bacon – in reality, it takes hours to produce a stock with such a depth of flavour. It’s pure comfort, like a beautifully made duck terrine, a lush blanquette de veau (veal in cream sauce with minuscule button mushrooms), and the boudin noir (blood pudding) with apples. Desserts are simple: rice pudding with crushed candied almonds or maybe pears poached in red wine. So kudos to Rose and business partner, Philadelphia restaurateur Steven Starr, for such a deeply sincere resurrection of a local institution.

What they’ve somewhat improbably created, given their passports, is an infinitely Gallic gastronomic experience that is deeply sincere and nourishing.

Previous Article Art and Culture in France: What Exhibits to See this Season
Next Article Boutique Beat in Paris: Shopping on the Rue de Charonne