Dining in Paris: Substance in the 16th Arrondissement 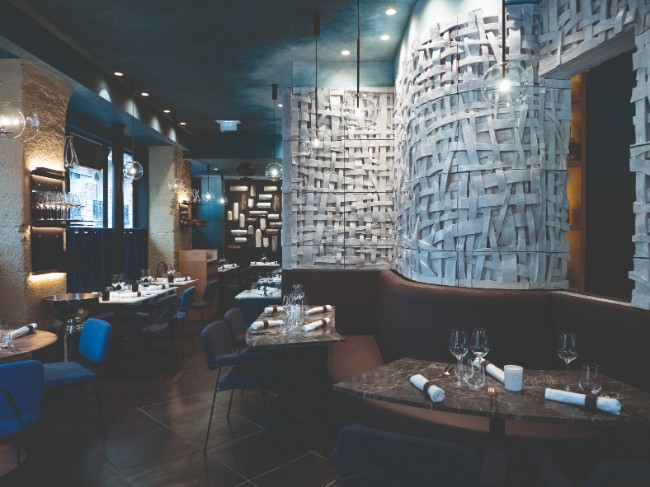 Every Parisian inhabits a city that’s all their own, or an edited map of the capital that reflects their habits, pleasures and aversions. Ever since I moved across the Seine from the Left Bank almost 20 years ago, my Paris has tilted gradually eastwards, a reflection of my love of great food and my eagerness to try the city’s latest, most interesting or accomplished restaurants.

This means that although I live in the 9th arrondissement, in the heart of Paris – and increasingly a version of the Left Bank that I left when real estate prices drove me north – I now often find myself sitting down for a meal in the 10th, 11th, 12th, 18th and 19th, because this is where young chefs set up shop when they go out on their own.

Lately, though, the gastronomically quieter precincts of Paris have been stirring, and I’ve recently had several excellent meals in the 16th arrondissement; that quiet, bourgeois crescent of pricey real estate on the capital’s western edge. It may not be my usual turf, but the rather infelicitously named Substance, an outstanding contemporary French bistro, is drawing people from all over town.

There are two reasons why food lovers are heading west to this address. The first is that young chef Matthias Marc, 26, a native of the Jura region of eastern France, is exceptionally talented, and the second is that this table has one of the best champagne lists in the city – more than 180 different bottles. In fact, it was legendary champagne-maker Anselme Selosse, whose signature wine is called “Substance”, and owner Stéphane Manigold who created the champagne offer, which features small producers making “grower” champagnes, including Laherte Frères, a small cellar in the Montagne de Reims. 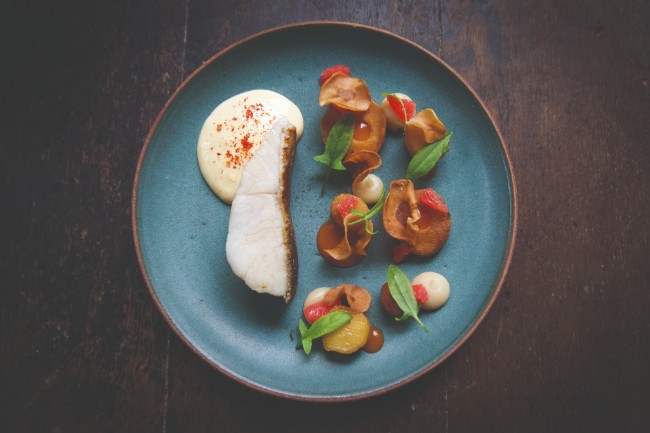 Substance also looks different from most other restaurants in the 16th arrondissement. Manigold, Marc and Anthony Pedrosa, with whom Marc recently worked at Racines des Prés on the Left Bank, commissioned interior designer Michel Amar to create an intimate, modern restaurant with a décor that conveys a low-key contemporary chic. The open kitchen where Marc works overlooks the dog’s-leg dining room, which is furnished with bare tables with white and teal fabric-covered 1960s-style armchairs and basket-weave ceramic panels on the walls. A wine tower and a glass-fronted fridge display the restaurant’s exceptional wines – the still wines are as well-chosen as the champagnes – and the list is curated by Pedrosa, who acts as sommelier.

I dined at Substance recently with a friend who’s a chef, and we were extremely impressed by Marc’s remarkably imaginative cooking, which is executed with a steely technical precision that reflects the impressive gastronomic credentials of his fledgling career. (Before running the kitchen at Racines des Prés, he worked at the Hôtel Le Meurice and Lasserre in Paris and at the Hôtel de Paris in Monaco.) Our meal began with a winsome amuse-bouche of smoked cream with salmon eggs and dried pine-needle powder. A garnish that intriguingly flattered the fish eggs – lending the glossy orange pearls a subtly resinous flavour – and previewed a signature of Marc’s cooking: his affection for his native Jura, a beautiful mountainous region of forests and pastures that is best known gastronomically for its Comté and Vacherin cheeses and for its smoked morteau sausage.

Our starters were also excellent. My fluffy squid’s ink gnocchi with a smoked egg-yolk condiment, pickled watercress sauce and jus de morteau was a hearty and earthy dish that displayed Marc’s creativity and percussive palette. My friend’s green asparagus was served in two different preparations. The perfectly cooked al dente tips were accompanied by a tangy ramp (wild garlic) cream, while the stems were steamed and served with trout rillettes with a pleasantly pastoral hay-infused vinaigrette.

Oddly, many young chefs are more successful with their starters than their main courses, possibly because a starter provides a perfect cameo of their culinary wit, but Marc’s mains were just as impressive as his first courses. My rolled John Dory came on a bed of quinoa with fresh celeriac pickles, fried capers and a superb cardamom-flavoured sabayon. Across the table, roast baby lamb with Comté cheese foam, seared baby onions and more dried pine-needle powder was another beautifully conceived and executed dish.

The dessert not to miss here is the São Tomé chocolate soufflé with bitter cocoa crumble and pine-flavoured ice cream for two. The particularity of São Tomé chocolate, which comes from the tiny island nation of São Tomé and Príncipe in the Bight of Biafra, western Africa, is a feral tropical fruitiness, and this was one of the best soufflés either of us had eaten in a very long time.

Substance is an excellent restaurant, and a meal here is the perfect pretext for popping the cork on a really good bottle of champagne.