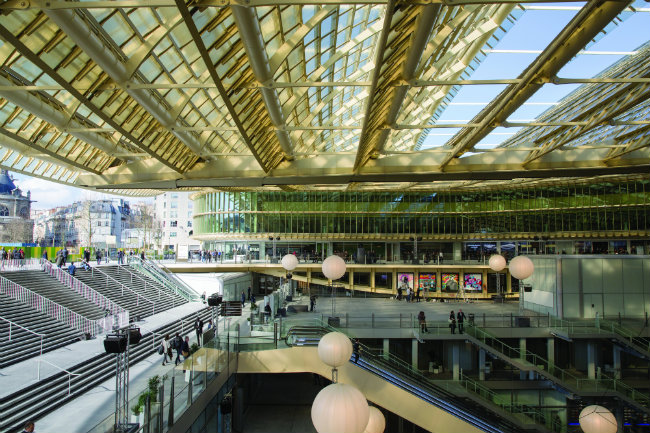 It’s been said that nobody does culture better than France. French film, music, gastronomy, and art is exported around the world – soon the Louvre will even open a museum in Abu Dhabi – making culture a ‘soft power’ influence of global proportions. And nowhere is this cultural might better displayed than the capital, the open-air museum of Paris. The Seine’s quays provide an invitation to stroll past landmarks – like the Louvre, the Orsay, and Notre-Dame cathedral – that haven’t changed in centuries.

But the French capital doesn’t rest on its laurels. There are new architectural wonders too, like the Paris Philharmonic, the newly revamped Rodin Museum, and the Frank Gehry-designed Fondation Louis Vuitton. In 2016, Paris will unveil even more museums and attractions… For your next trip to the Ville Lumière, here are some insider recommendations – not just for a culture fix, but also for rediscovering Paris in a new way. 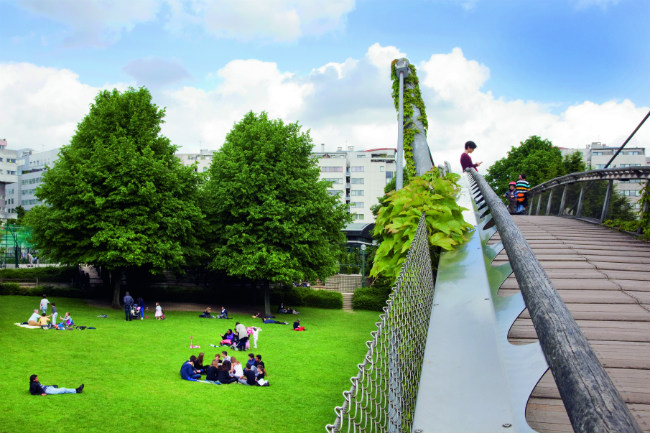 As a major transit hub, Châtelet – Les Halles is not a place I’ve liked to linger. But this trip was different: I was going to see the newly unveiled Canopy of Les Halles, the crowning centrepiece of the €1-billion project to regenerate a central district degraded by poor urban planning in the 1970s. This is the beating heart of Paris, where for centuries the central food market created a focal point of city life. One of the Ville’s greatest architectural tragedies was the razing of the majestic glass-and-iron pavilions, designed by architect Victor Baltard in the 1850s. Above the metro station, a shopping mall replaced what Émile Zola had famously called “the Belly of Paris.”

The new project is an effort to rectify this mistake. Of course with such a large price tag, it hasn’t been without its critics. But as I emerged from the metro station and witnessed hundreds of onlookers snapping photos with their smartphones, I realised that the Canopy has already become a new architectural symbol in Paris. Designed by architects Patrick Berger and Jacques Anziutti, this undulating, glass-and-metal roof has effectively opened up the area. With expansive views of the skyline, there’s a feeling of great space. This will be further enhanced when the central public garden is completed: a fenceless ‘meadow’ abutting Saint-Eustache church and the Bourse de Commerce. Beneath the Canopy, there are a number of new shops, restaurants, a médiathèque, a conservatory, and a hip-hop cultural centre. 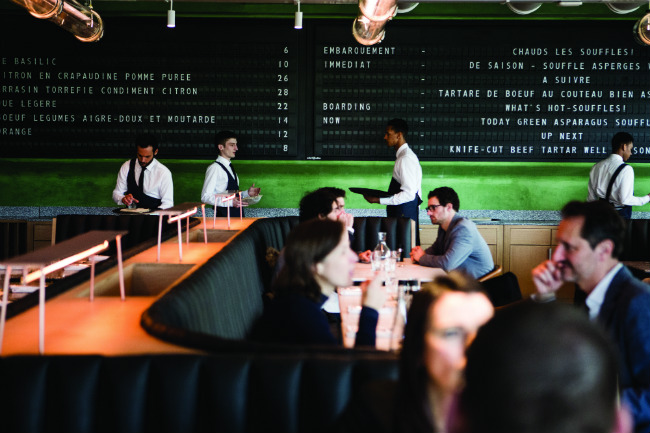 Alain Ducasse’s new restaurant is a fitting symbol of the area’s regeneration. Styled as a contemporary brasserie, Champeaux pays homage to the district’s history. The name is derived from a restaurant founded in 1800 next to La Bourse. Les Champeaux (or Petits Champs) also refers to the original 1137 market on this site, the precursor to Les Halles. In a nod to the busy metro station, the restaurant’s large ‘blackboard’ menu is designed to resemble a train departure board, with the daily specials spelled out in moving type. It’s a soaring industrial-style space, filled with natural light, and the views to Saint-Eustache church are mesmerising. And it’s recently been announced that business tycoon François Pinault will soon open an art museum at the Bourse, just across the way…

Les Halles isn’t the only new landmark in town. A similarly derelict space – the Halles Freyssinet railway yard in the 13th arrondissement – will morph into the world’s largest digital incubator, as the city seeks to establish itself as the start-up hub of Europe.

Musée Maillol, a 7th arrondissement gem which closed in 2015 due to financial difficulties, reopened in September under the management of Culturespaces. La Monnaie, the Paris Mint, is expected to soon complete its years-long ‘metalmorphosis’. Inside the historic salons, visitors can explore the contemporary art galleries and a new educational display detailing the Mint’s history and expertise. Not to mention Guy Savoy’s restaurant!

By the end of the year, a new sensorial perfume museum is scheduled to open on Rue du Faubourg Saint-Honoré with a large garden. And sailing in on the not-too-distant horizon is the Cité Musicale Départementale, situated on the tip of the Île Seguin, an island on the Seine in the western suburbs of Paris. Home to an abandoned 20th-century Renault car factory, the island is being transformed into a cultural hub and arts complex designed by award-winning architect Jean Nouvel. 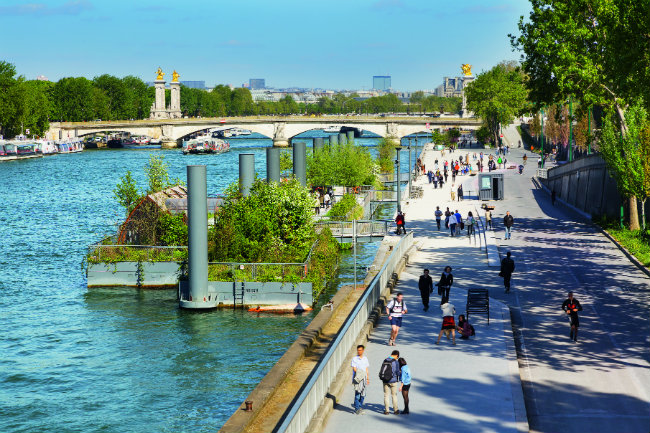 Take a stroll down the Rue d’Aboukir in the 2nd arrondissement, and at the corner of Rue de Damiette, you’ll be struck by a magical sight: a lush vertical garden covering a concrete building façade. Designed in 2013 by French botanist Patrick Blanc and comprised of more than 230 plant species, this living wall is aptly called ‘the Oasis of Aboukir’. Blanc invented Le Mur Végétal after studying the soil-less plant canopies in tropical forests. His eco-chic installations are now found all over Paris – including the marvellous garden at the Musée du Quai Branly – and across the world.

These green walls are proliferating in the capital, as Paris seeks to add 100 hectares of ‘vegetalised’ rooftops and walls by 2020. Urban gardening is also on the rise, as communities volunteer to cultivate potagers and businesses sign on to go green. (For example, the famed Galeries Lafayette department store has installed strawberry plots on the rooftop.) 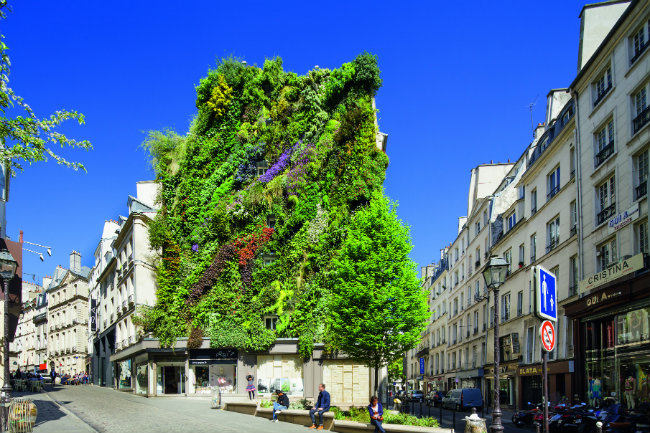 In the same eco-friendly vein, major projects are underway to pedestrianise vast expanses of the city. This past summer, Paris unveiled the newly pedestrianized promenade along the Right Bank. Following the huge success of the Berges de Seine project – which transformed a riverside roadway on the Rive Gauche for pedestrian use – the Rive Droite will see a similar metamorphosis. [Editor’s note: This fall, there has been a lot of political and media attention concerning this project, which has now been given the official green light.] More than 4.1 million visitors have enjoyed the Berges de Seine since they were unveiled in summer 2013: jogging on the quays, lunching at the cafés, ogling the art exhibits, watching the riverboats glide by from chaises placed on floating gardens. Across the river, a 3.3-kilometre stretch of the Right Bank will open from the tunnel des Tuileries in the 1st arrondissement to the Bassin de l’Arsenal in the 4th arrondissement. 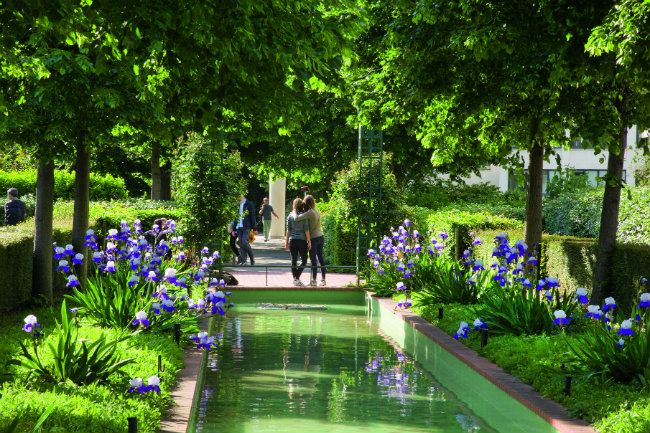 Another lovely walking path is the Petite Ceinture, the old railway that served as a means of transporting passengers in a circular route around Paris in the 19th century. Later displaced by the metro, the railway was abandoned to nature’s devices: wild flowers sprung up alongside the tracks and hedgehogs burrowed into rotting logs. Stretches of the Petite Ceinture have now been converted into parks and opened to pedestrians. In the 15th arrondissement, between Balard and the Rue Olivier de Serres, the elevated stretch of railway affords marvellous vistas – much like the Promenade Plantée in the 12th arrondissement and the High Line in New York City. In early 2016, another stretch of La Petite Ceinture opened in the 13th arrondissement, connecting the Jardin Charles-Trenet to the Jardin du Moulin-de-la-Pointe. 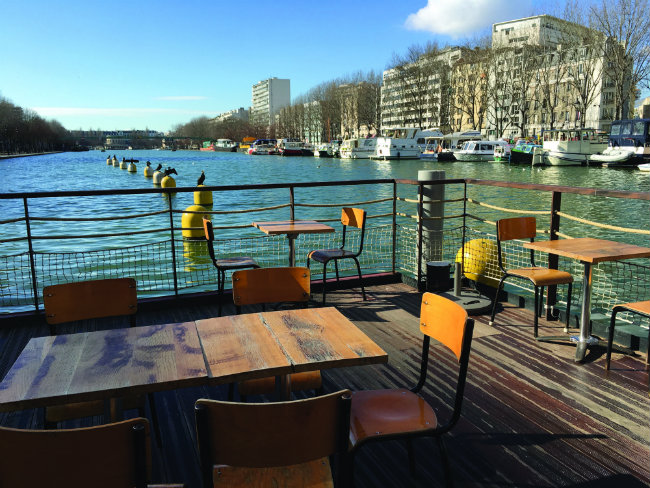 Paris has long been a magnet for oenophiles, but now beer lovers can also quench their thirst in the French capital. Paris Beer Week celebrated its third edition in a big way in May 2016! A number of craft breweries have sprouted up in Paris intra-muros, starting with the Brasserie de la Goutte d’Or in the Barbès district in 2012. Some of these are open for tours and tastings. Situated in the lively 11th arrondissement, BAPBAP  – which stands for ‘brassée a Paris, bue a Paris’ (‘brewed in Paris, drunk in Paris’) – offers a fascinating one-hour tour on Thursday evenings and Saturdays. Check out its custom-built fermentation tanks, sip the popular Pale Ale at the tasting bar, then pick up some goodies at the boutique.

When the sun’s shining in Paris, hop on a Velib’ to the 19th arrondissement, where the Paname Brewing Company offers a wonderful waterfront terrace on the Bassin de la Villette. Here you can try one of the artisanal beers on tap, like the ‘Barge du Canal’, while gazing out over the water. Pinch yourself: it’s as if the magnificent cultural capital of Paris has migrated to la mer! 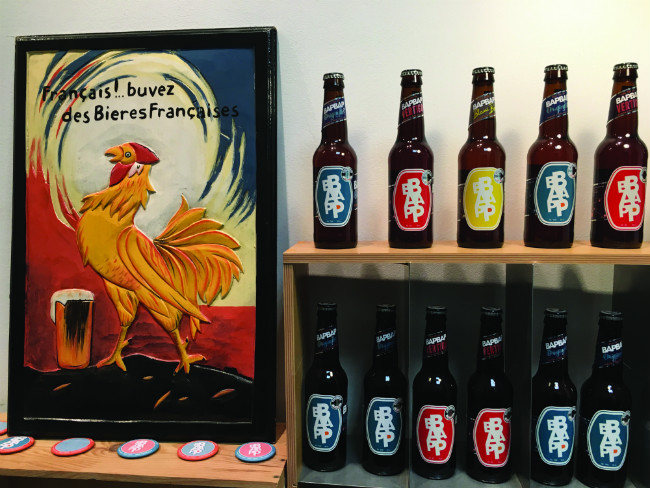