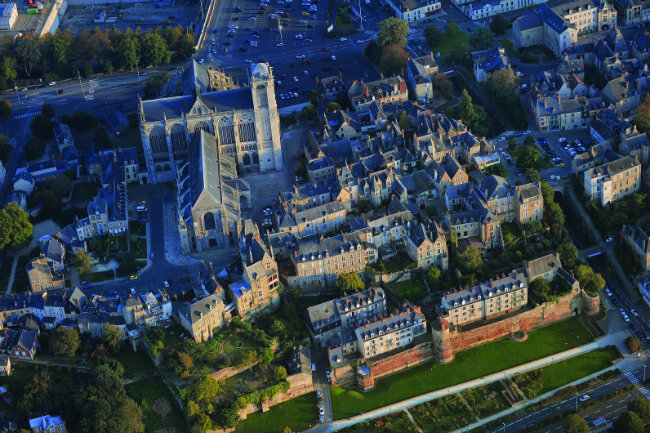 Naturally, when the name of Le Mans is mentioned, one immediately thinks of the world-famous 24-hour endurance race or iconic images of Steve McQueen in his Gulf Oil overalls. And while the event is worthy of note, the town itself has more to it than just one raucous race day in June.

Located on the Sarthe River, Le Mans is the capital of the Sarthe department and resides within the Pays de la Loire region, an hour west of Paris. The site has been inhabited for 7,000 years, although the current city dates back to the Roman occupation of 47 BC, when it was called Cenomanus (from which Le Mans is derived). Indeed, the fortified wall that surrounds the city is one of the finest Roman examples remaining, only equalled by those in Rome and Istanbul. Built between 280 and 295 BC, the wall – 1,300 metres long and punctuated by 12 towers – now surrounds the old town, a warren of narrow cobbled streets, lined with stone and half-timbered houses originating in the late Middle Ages and early Renaissance. Look out for the Maison du Pilier rouge on Grande Rue, a striking, red-painted wooden building, which is home to the local tourist office. 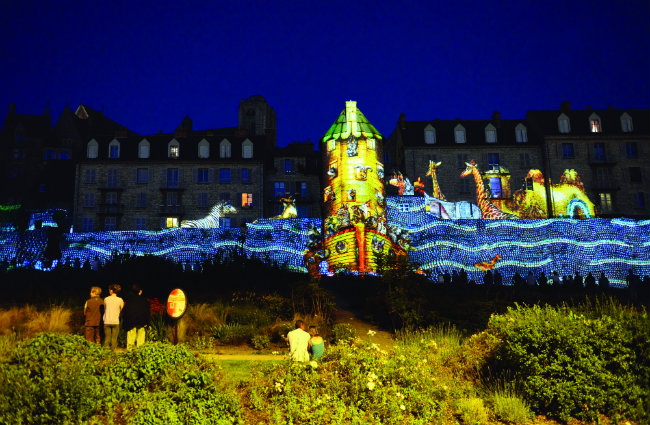 Originally known as Vieux Mans, the old town was renamed in 2002 to Cité Plantagenêt in recognition of Le Mans’ place as the seat of the Plantagenets. One of its star attractions is the Cathédrale Saint-Julien du Mans, one of the oldest and largest cathedrals in France. Built from the 6th to the 14th centuries, it was dedicated to the city’s first Christian bishop and is notable for its frescoed ceiling of angels and magnificent stained glass windows dating back to 1160.

Despite being the same size as Lyon, Le Mans has a sixth of the inhabitants, thanks in part to the large areas given over to parks and gardens. Key among these are the Jardin des Plantes, Parc Banjan and Parc de Tessé, which boasts a giant cubic hourglass that takes six months for its sand to sift through from top to bottom. For more information, visit  www.lemans.fr. 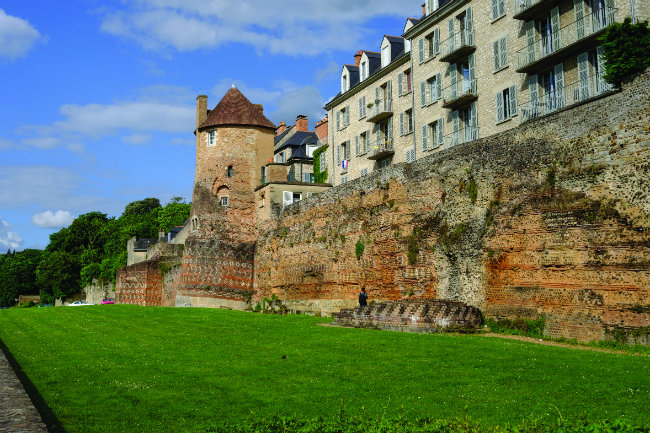 Nuit des Chimères, 2 July to 3 Sept: Every night, Tues-Sat, the city is lit by colourful projections. The light show takes place at eight locations across the city and is free.

Carré Plantagenêt: This museum hosts around 1,200 exhibits ranging from the first human settlements to the Middle Ages.

Head south from Lyon for 20 miles along the Rhône, and you’ll arrive at the commune of Vienne in the department of Isère. Originally home to the Gallic Allobroges people, it became a Roman colony in 47 BC and expanded to become a major urban centre – as evidenced by the extensive Roman remains. On the hillside of Pipet, overlooking the city, is the magnificent 8,000-seat amphitheatre (once capable of seating 13,000), which hosts the Jazz in Vienne festival for two weeks every summer. A short walk due west is the Temple d’Auguste et de Livie, a 1st-century BC Corinthian temple dedicated to the Emperor Augustus and latterly to his wife Livia, and a kilometre south lies the Pyramid of Vienne, a 20-metres-tall triumphal monument which would once have stood as the centrepiece of the town’s Roman Circus.

If that’s not enough to sate your thirst for ancient history, across the river sits the archaeological site of Saint-Romain-en-Gal, a seven-hectare site displaying the remains of the residential area of Roman Vienne, then known as Vienna, with an extensive collection of statues and mosaics, plus an impressive modern museum. For more information, visit en.vienne-tourisme.com 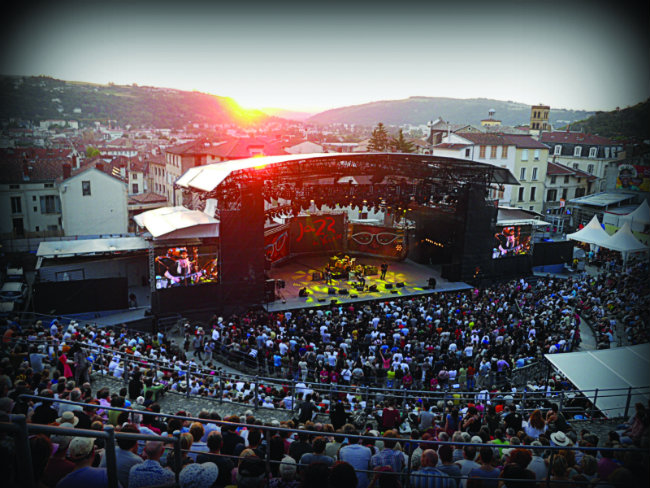 Art, Comedy and All that Jazz

Jazz in Vienne: Every year in early summer (June/July), Vienne plays host to a huge jazz festival featuring acts from around the world, playing at several locations in the city.

Musée des Beaux-Arts et d’Archéologie: Located in an old grain store, the museum has exhibits of Roman and Gallic culture, plus modern artworks.

Garden of Cybèle: Dedicated to the goddess Cybèle, this garden features the remains of various Roman civic buildings.

Comedy Festival: If your French is up to scratch, enjoy some Gallic humour in the March comedy festival. 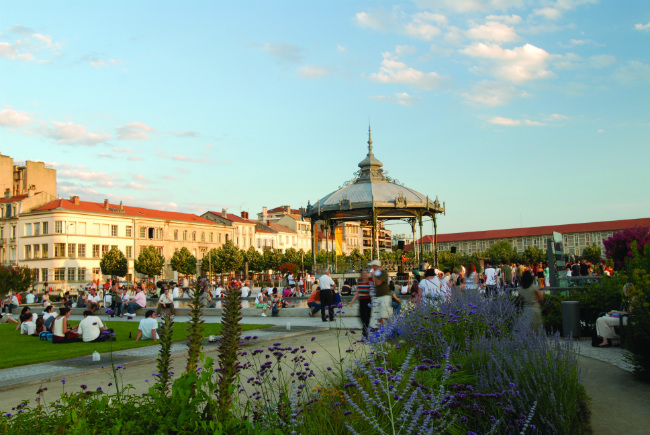 Valence: Gateway to the south

Having reached Vienne, if you head directly south along the Rhône for 65km, you’ll arrive at Valence, capital of the Drôme department. Known in Roman times as Valentia Julia, the city swapped hands many times through the ages, invaded in turn by the Visigoths, Burgundians and Franks, and so most of its Roman architecture has been lost – although you can still learn about the city’s ancient heritage in the Musée de Valence. However there’s still plenty to see, such as the 11th-century Roman Catholic Cathédrale Saint-Apollinaire and the Église Saint-Jean-Baptiste de Valence, which dates back to the 4th century. If your desires are more romantic than Roman, then pay a visit to the Kiosque Peynet, an ornate 1862 bandstand made famous by the artist Raymond Peynet, or the Maison des Têtes, a late-Gothic 16th-century mansion decorated with a profusion of carved heads, representing the forces of nature and Roman emperors.

Self-appointed ‘gateway to the south of France’, access to Valence is easy via TGV train, Valence-Chabeuil airport or by road using the A7, A49 or RN7, so stop over on your way to the coast. For more information, visit www.valencetourisme.com. 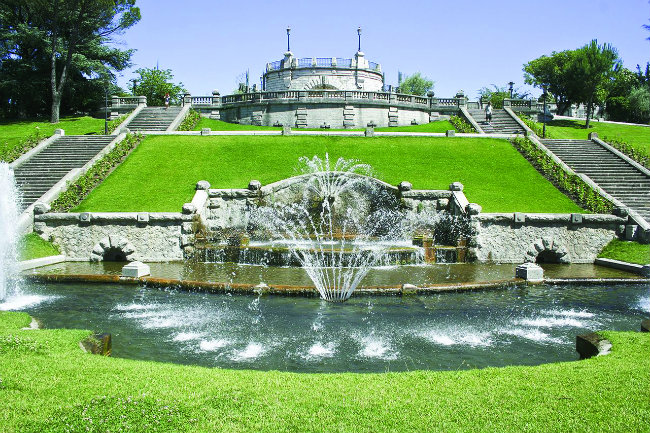 Canals of Valence: Running for 17km through the city, a network of streams and canals provide a variety of verdant locations for a summer stroll. 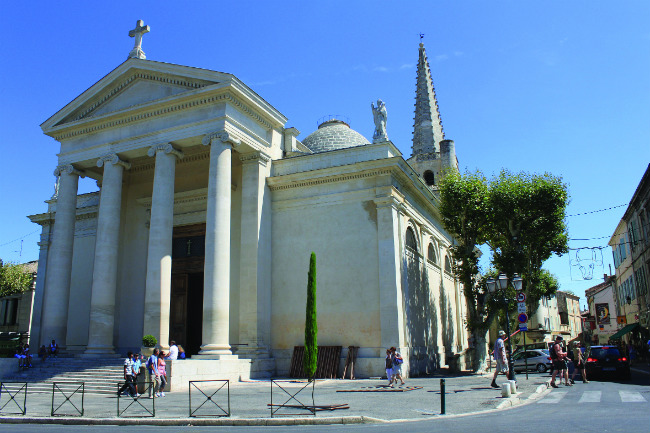 70 kilometres northwest of Marseille, over the peaks of the Chaîne des Alpilles, you’ll find Saint-Rémy-de-Provence, in the Bouches-du-Rhône department. The area has been inhabited since Neolithic times, as attested by the Otello cave paintings. The village itself – named after Saint Remigius, Christian converter of the Franks – is a picturesque town, with a Gallo-Roman centre circled by the remains of a 14th-century protective wall. Among the cobblestoned streets and medieval buildings you’ll find a good selection of art galleries, museums, restaurants and shops, the latter selling local pottery.

One-and-a-half kilometres south lies the archaeological site of Glanum, a heavily Greek-influenced city which fell under Roman control in 49 BC. It features houses, temples, a marketplace and bathhouse, as well as a triumphal arch and mausoleum across a road that bisects the site. While you’re in the area, half-a-click away sits the Monastère Saint-Paul de Mausole, which became a psychiatric hospital in 1807 and is famous for treating Van Gogh for 53 weeks in 1889/90. For more information, visit www.saintremy-de-provence.com. 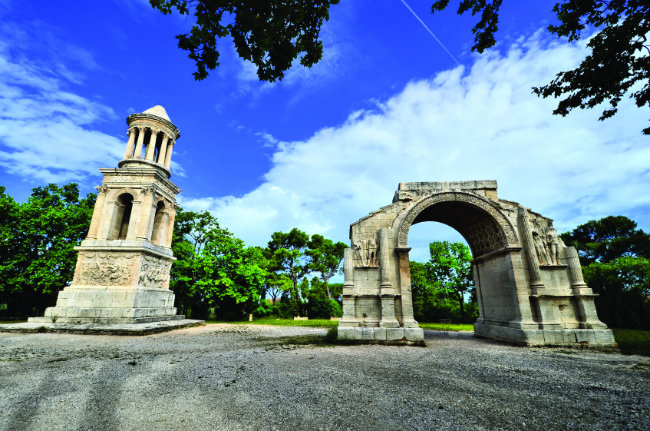 Musée Archéologique: Explore the Roman ruins of the city of Glanum. Daily from April to August, €7.

Nostradamus: The village’s most famous son is the apothecary and prophesier Michel de Nostredame.

Route des Artistes: Several times a year, on a Sunday, local artists set their work out along the streets for all to see.

Festival time: Saint-Rémy-de-Provence hosts many events during the year, including a Jazz Festival in September, a season of church organ music which runs from July to September, and the a-part art festival in July and August. 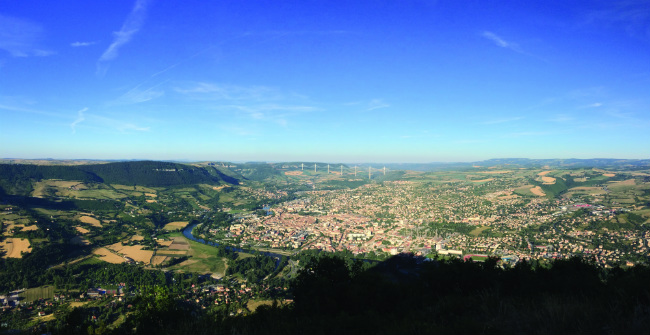 Where the rivers Dourbie and Tarn meet sits Millau, a town in the Aveyron department dating back 3,000 years. However, its fame was sparked more recently by the building of the Millau Viaduct, the Norman Foster-designed bridge taller than the Eiffel Tower!

Closer to Earth there’s plenty to see in town – such as the medieval Pont Vieux bridge, the Notre-Dame de L’ Espinasse and the 12th-century Belfry tower. But Millau also provides access to many local sights: you’re a 30-minute drive away from the Roquefort Caves, due south, or the astonishing rock formations of Montpellier-le-Vieux.

A kilometre west of Millau, across the Tarn, lies the ancient town of La Graufesenque, an important producer of Roman earthenware, responsible for the dark red terra sigillata pottery. The archaeological site, which features the remains of workshops and kilns, was classified as a monument historique in 1995. Millau’s Roman remains have yet to be properly excavated, but the Musée de Millau et des Grands Causses features a selection of local pottery and mosaics, along with examples from the town’s rich glove-making heritage. For more information, visit www.millau-viaduc-tourisme.co.uk. 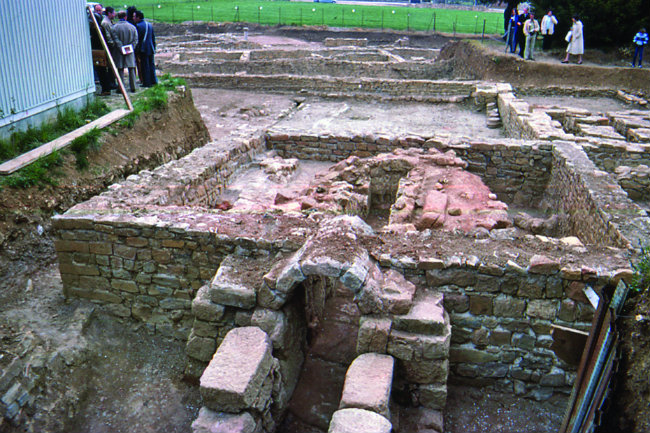 La Graufesenque: The remains of this 2,000-year-old potter’s village is open to visitors, March to December.

Petanque: Attend the six-day International Festival of Petanque, which runs from 10-15 August.