First published: May 4, 2020 by Stephen Davy-Osborne 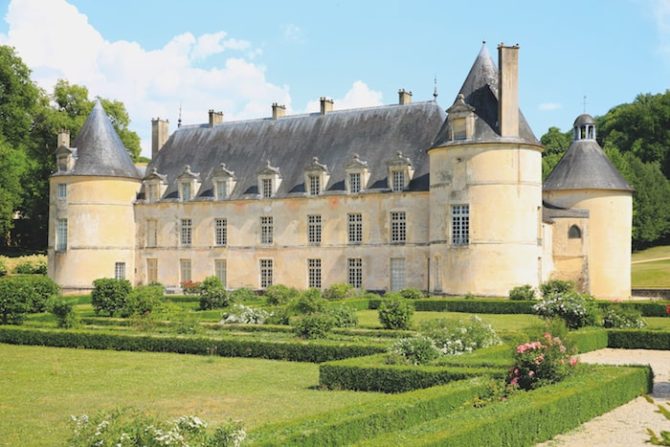 Banished courtiers, murderers, bloody battles and scandalous literature… the châteaux of Burgundy have seen it all. Stephen Davy-Osborne sets off on a journey into a rather colourful past

It’s widely accepted that you don’t visit Bourgogne-Franche-Comté, you explore it. Just an hour and a half out of Paris, this region distils everything that France is best-loved for into one diverse pocket of land just waiting to be discovered. Here you can expect to find fine wines, delicious cheeses, the eponymous boeuf bourguignon, and some of the most intriguing châteaux to be found anywhere in France. With soaring ramparts and towers, these distinguished estates have captured the hearts and minds of generations, and it soon becomes apparent that there is far more to them than merely bricks and mortar, with each telling its own tale of intrigue, romance and even corruption. 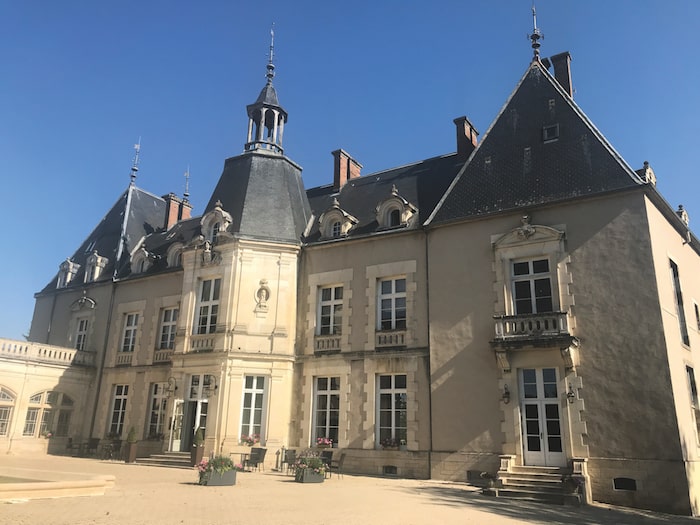 Château Sainte Sabine is now a luxury hotel, where guests can kick back and enjoy the high life. IMAGES @ BURGUNDY-FRANCHE-COMTÉ TOURISME, SHUTTERSTOCK

Beginning near Montbard, in the Côte-d’Or département, embark on a journey through the history that has shaped Burgundy’s distinct culture and traditions; heading south towards the ancient town of Cluny, you will pass through spectacular scenery and soon come to understand why this region is considered one of France’s finest.

“Bussy is magnificently built and the interior is of a singular beauty that cannot be seen anywhere else… you can find such wonderfully amusing things there,” wrote Roger de Bussy-Rabutin of his family manor in the heart of the Auxois valley. But then, he was biased. Having landed himself in Louis XIV’s bad books for allegedly taking part in an orgy during Holy Week and then penning saucy accounts of courtly love affairs, he was banished by the Sun King to his country home of Château de Bussy-Rabutin. He set about turning it into his very own canvas, adorning the walls with an unrivalled collection of frescos and artwork which demonstrate his passion for war, literature, love and gallantry. To this day, it is a place where the walls talk of scandal, heartbroken lovers and a sorrowful sense of isolation. Set amid 36 hectares of stunning land and gardens, though, you can’t help but wonder whether exile rather became Bussy-Rabutin, even if he did yearn to be back at court.

Not far away, between Dijon and Beaune, near the banks of the Burgundy Canal, lies the peaceful Château Sainte Sabine. With rolling parkland, a herd of fallow deer and a colony of beavers, the grounds of this château have an almost mystical aura of days gone by, in part due to the natural spring that led to its founding. But this is no living museum, despite its striking architecture. An extensive restoration has seen it tastefully transformed into a luxurious 22-room hotel, now under the watchful eye of Relais & Châteaux International CEO Jean-Louis Bottigliero, who took charge of his first château-hôtel at the age of just 24. In the kitchen you will find Benjamin Linard cooking up a delicious menu of local specialities. Each year in September, the château hosts a picnic in the grounds which draws villagers and visitors from across the country. 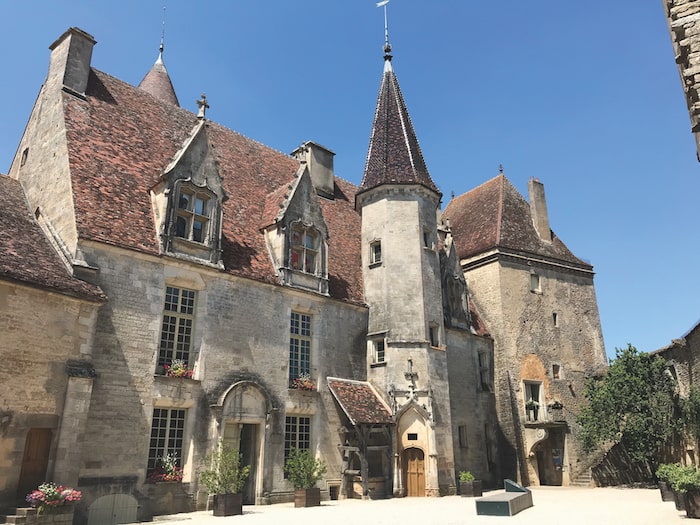 Tthe last mistress of Château de Châteauneuf was burnt at the stake for murdering her husband. IMAGES @ BURGUNDY-FRANCHE-COMTÉ TOURISME, SHUTTERSTOCK

The terrace offers a splendid view out across the rolling countryside towards our next destination, Château de Châteauneuf. Anyone who has driven the main road between Paris and Marseille, passing through the valley of the Canal de Bourgogne, can’t fail to have spotted in the distance the deep russet tiles that adorn the turrets of this hilltop fortress. Here, almost 500 metres above the surrounding plains, swifts dart in and out of the eaves and towers, a world apart from the countryside below. The château, which remained in the hands of the Châteauneuf family for nine generations, was extensively expanded and fortified during the Hundred Years War. It was lost to the family in 1456 when its final heiress, Catherine de Châteauneuf, was burned at the stake in Paris for having poisoned her second husband… and inadvertently poisoning a servant in the process.

Today, the château holds regular exhibitions celebrating art and natural history, and its herb garden is not to be missed. The quiet streets of the hilltop village that surround it are also worth a wander, and you can happily lose yourself amid the narrow roads, which in spring and summer are lined on all sides by a gorgeous array of wildflowers. 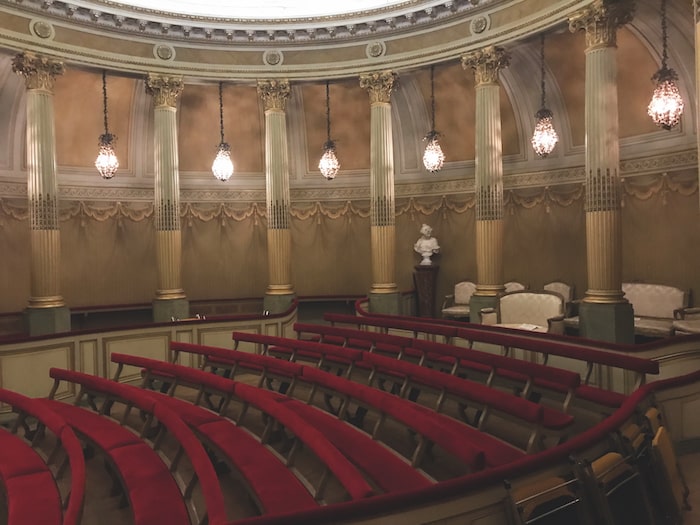 Château de la Verrerie in Le Creusot has an industrial background and is now home to a rather special theatre. IMAGES @ BURGUNDY-FRANCHE-COMTÉ TOURISME, STEPHEN DAVY-OSBORNE

A regency façade, extensive cannons and anchors, and a hidden theatre that echoes the opulence of Versailles can all be found further south at the striking Château de la Verrerie in Le Creusot. Built on the wealth of industry, the expansive building was a working factory from the late 1700s, producing crystal for the royal family as well as the tools of war. Today it is a museum charting the region’s industrial ties past and present. Home to the first railways in France, today Le Creusot produces parts for nuclear reactors and high-speed trains, keeping it at the very forefront of technology. The real secret at this château, though, lies in one of the conical towers that can be found on either side of the impressive courtyard.

Once a vital part of the crystal-making process, it was transformed into a neoclassical theatre at the turn of the 20th century, and is adorned with the most incredible frescoes and flecks of gilding. Still in use today for select performances, it’s a beautiful example of how this community has saved its history by adapting it to suit modern needs. 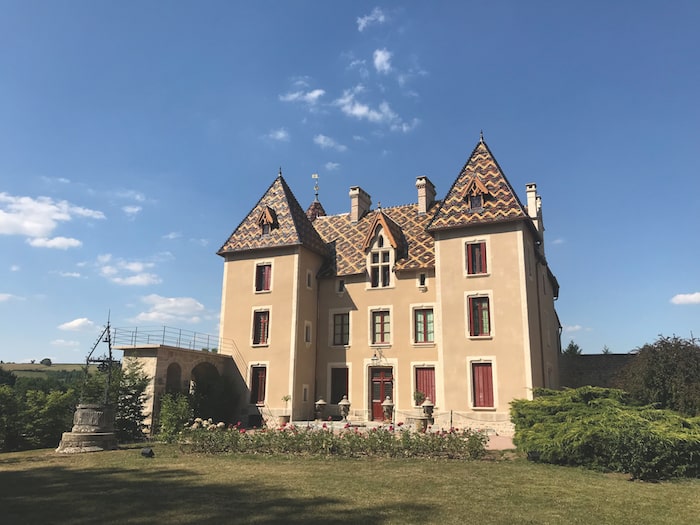 At the nearby Château de Couches you can experience the changing face of architecture from the 11th century through to the 19th century in just one quadrangle. Here you will find a charming chapel, a medieval fortress and the eye-catchingly colourful glazed roof tiles for which this region is renowned. Major work to restore the façade and roof was completed last year, and when the scaffolding was removed, it revealed the striking colour scheme spread out across the eaves, setting the manor house apart from the understated palette of the adjoining chapel and the grey stone of the medieval keep and tower. Climbing the winding staircase from the dungeons of this fortress you learn the significance of these buildings as strongholds at a time of war; and while glancing through the windows to the magnificent manor house, you are reminded of just how much times have changed.

Now a four-star hotel and restaurant with a serene outdoor swimming pool, spring, rose garden, stream, small bridge, an orchard and many ancient trees, the 13th-century Château d’Igé is a relaxing haven for those seeking some downtime in the heart of the Mâconnais wine region. With 10 rooms and seven suites to choose from, the hotel offers the opportunity to step back in time to experience château life, but without having to compromise on any home comforts. Each of the rooms is lovingly decorated in its own, individual style, drawing on the heritage of the building and its inspiring surroundings.

Guests can soak up luxury during a stay at Château d’Igé. IMAGES @ BURGUNDY-FRANCHE-COMTÉ TOURISME, STEPHEN DAVY-OSBORNE

One of the finest examples of medieval military architecture can be found at the hilltop fortress at Brancion. One of the largest castles in South Burgundy, its remains demonstrate its importance in defending the locals from untold enemies. From its rocky outcrop, the fortress offers fantastic views out over the surrounding countryside, making it apparent why this site was chosen all those years ago. Today, it is just as popular with visitors who can scale the tower to be rewarded with spectacular views out over the village and far beyond into the countryside. Be sure to pay a visit to the hilltop Church of Saint-Pierre, whose small, Romanesque windows serve the dual purpose of keeping the heat in to warm its congregation and keeping the light out, to protect the extensive and impressive religious wall paintings you will find within. 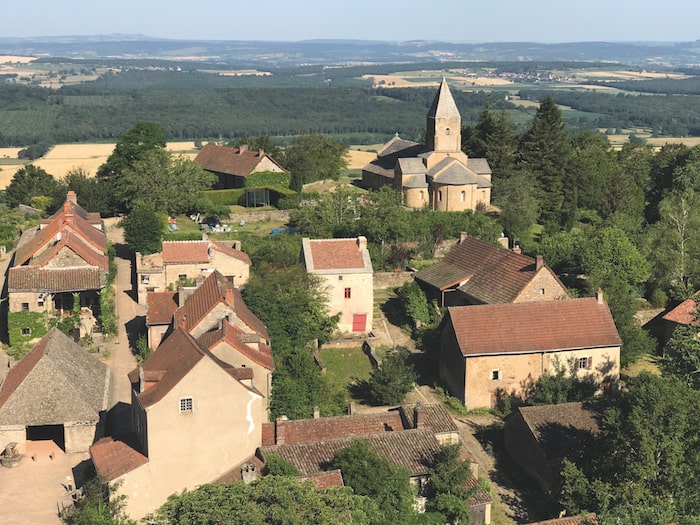 Arriving into the town of Cluny, you will immediately be struck by the main attraction here: the Abbaye de Cluny. Founded in 910 by William the Pious, Duke of Aquitaine, impressively by the 11th century it had become one of the most important centres for Christianity in all of Europe. Today, the remaining walls of the château have their own tale of determination and destruction to tell. With a vast tower soaring up towards the heavens and dominating the skyline in Cluny, it’s hard to believe that all that remains of the abbey is in fact just a very small part of the original structure. The original basilica was the largest in the world in its day – until, that is, construction began on St Peter’s in Rome, stripping it of its unique claim to fame. Tragically, the abbey suffered heavy losses during the French Revolution, leaving it just a shadow of its former self. To get a full appreciation for the scale of this once expansive abbey, walk the length of the old walls, and climb the 120 steps of the Tour des Fromages. Here the past meets the present, as with the help of an iPad you can see the full building for yourself in all its glory, while learning all about the people who helped establish this magnificent structure that, to this day, draws in thousands of people each and every year.

Begin your exploration of Burgundy-Franche-Comté with an overnight stay at Château Sainte Sabine near Pouilly-en-Auxois. With 22 rooms, this renovated château offers the ideal base from which to explore the nearby countryside. www.saintesabine.com

The commune of Igé from which this château takes its name is a stunning haven where you can get away from the hustle and bustle of everyday life. With an outdoor heated swimming pool and a popular restaurant, this is one hotel to factor into your visit. www.chateaudige.com/en/

Its position near the Burgundy wine route makes Château de La Barge an ideal place to stop and put your feet up after a busy day of exploration. The ivy-clad château, complete window shutters and extensive al fresco dining area give way to a contemporary design inside that simply exudes luxury. www.châteaudelabarge.fr

Getting There By Train

Burgundy-Franche-Comté is easily accessible by high-speed train from London St Pancras to Dijon. 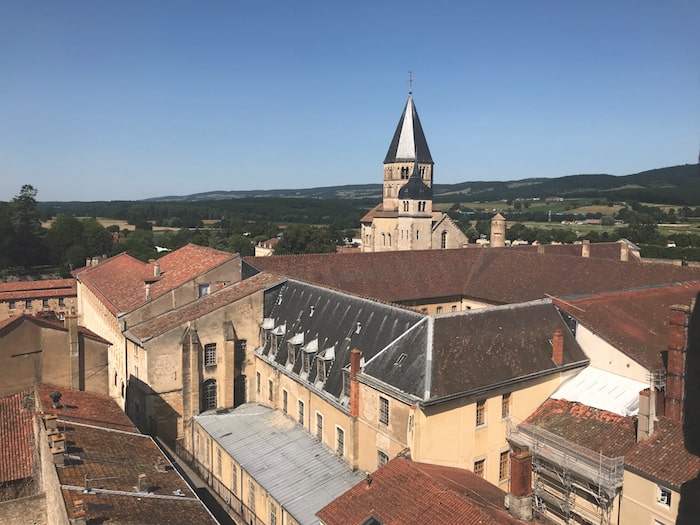 The Abbaye de Cluny was founded in 910 and became one of the most important centres of Christianity in Europe during the 11th century. IMAGES @ BURGUNDY-FRANCHE-COMTÉ TOURISME, STEPHEN DAVY-OSBORNE