Le Mans: The Historic Capital of the Loire’s Sarthe Département 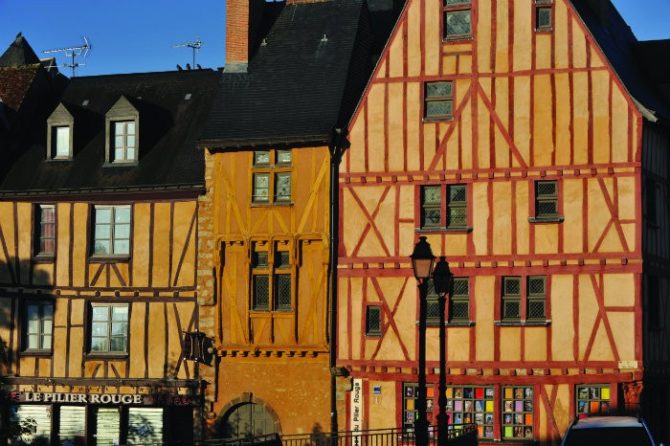 Two of Le Mans’ most famous assets are unlikely bedfellows. Yet the twin allures of petrol and the Plantagenets have served to put the capital of the Loire’s oft-overlooked Sarthe département firmly on the map. Sitting almost equidistant twixt Rennes and Orléans, the city’s a northern French short break destination to be reckoned with, one whose appeal has been fuelled specifically by its genuinely unique Old Town architectural heritage and the race-track buzz of its annual sports car endurance race, the 24 Heures du Mans. Yet for the keen-eyed visitor with a penchant for French history, Le Mans offers so much more…

That said, we must begin with the race, which has taken place at the Circuit de la Sarthe outside the city since 1923, making it the oldest endurance race in the world. It’s certainly the single thing most closely associated with the city’s name. Every June, this day-through-night test of driving skill, sheer concentration and engineering excellence draws thousands of visitors, who party in the stands and cheer on autosport’s biggest names.

The passion and fervour shown by fans from all over the world for the teams entered by the likes of Porsche, Audi, Mercedes and Ferrari is something to behold. However, the noise and buzz isn’t for everyone, so instead why not tick this particular Le Mans box with a visit to the circuit’s wonderful museum? You’ll find it filled with exhibitions detailing the event’s history and the cars’ evolution, featuring victorious vehicles, films and photos galore.

Visitors whom have never experienced Le Mans’ medieval Old Town can totally eschew the roar of the race track by choosing a very sedate and environmentally sound mode of transport for their first taste of the vieille ville and its ramparts by taking a ride in a traditional barouche, pulled by one of the local Percheron, a big and beautiful breed of horse. The carriage rides are seasonal but when the sun is shining you’ll find many potential passengers queuing up outside the Cathédrale Saint-Julien.

From this starting point, exploring the city’s remarkable heritage can begin. The Cathédrale is dedicated to Saint-Julien, the city’s first bishop, who established a church on the same site during the 4th century. Construction began on the Cathédrale, one of the largest and most handsome in France, during the 11th century. It combines classic Gothic and Romanesque features, and towers above the picturesque, higgledy-piggledy alleyways and ruelles of the old city.

Let There Be Light

Yet it’s not just the Cathédrale’s grandeur that impresses. Head inside to marvel at some perfectly preserved triumphs of craftsmanship, such as the oldest of its stained glass windows, depicting the Ascension; a beautifully sculptured 12th-century portal, and the Chapelle de la Vierge (Chapel of the Virgin), which houses a stunning painting of an orchestra of angels – 47 in total – painted during the 14th century.

In spite of the passing years, the colours of these paintings and stained glass windows are splendidly vivid but perhaps not quite as bold and eye-catching as the modern, man-made visual spectacles for which Le Mans is enjoying a burgeoning reputation. On summer nights, from July to September, the ancient edifices of the old town come alive with the annual festival of light, La Nuit des Chimères. It’s an art form the French have honed to perfection. Some of the world’s most innovative light artists are from France, with the Paris-based Skertzo agency perhaps being the most notable for operating in the vanguard of this beguiling new art form.

Enormous projectors throw moving images onto the medieval brickwork of the town’s finest buildings and much of the subject matter is linked to Le Mans’ Plantagenet past, so expect plenty of medieval characters, kings, queens, angels and demons. Perhaps Le Mans’ most impressive light show is projected onto the Cathédrale – every window, buttress and stone is perfectly lit in a different colour. Against this massive backdrop, the overall effect is akin to tiny pixels combining to create the main image on a mighty cinema screen.

La Nuit des Chimères allows visitors to follow a circuit comprised of seven sites, all with audio accompaniment, and this summer’s shows are set to include ‘The Concert of the Angels’, projected against the Cathédrale’s Romanesue façade, and ‘Birth of the Chimera’ on the steps by the nearby fountain.

Two more of these light shows appear in technicolour glory on sections of another of the city’s prime attractions, the Roman wall. Le Mans was originally the Roman city of Vindinium, the capital of the Aulerci tribe, and the sturdy, imposing, late 3rd-century wall is one of the best preserved and complete in the former Roman Empire. It frames the Plantagenet-era city, comprising some 20 hectares of cobbled streets, lined with half-timbered houses and Renaissance mansions, which provides visitors with a pleasingly immersive environment to explore. Among the unmissable relics from the city’s Plantagenet period are the largest chased enamel work ever produced in the Middle Ages. It bears the likeness of Geoffrey V, the founder of this legendary dynasty, and once adorned his tomb in the Cathédrale.

Le Mans is such a compact city that just a few minutes’ walk from the centre you’ll find yourself amid its suburbs and green spaces. The city’s planners have done a sterling job – in addition to ensuring that the medieval and Roman sections of the city are well preserved, they’ve overseen some notable developments along the River Sarthe, which bisects the town, including the l’Ile aux Planches Park. Spread across a three-hectare island in the river, it’s an old electricity works that was transformed into a wonderful little city park in 2008, one complete with a botanical garden and children’s playground. In summer the friendly, lively ambience is further enhanced by acrobatic displays and an open-air cinema.

Le Mans is a city where peerless tradition and well-considered modernity are seamlessly blended, which gives visitors the best of both worlds.

Train from Paris in 60 min: www.voyages-sncf.com