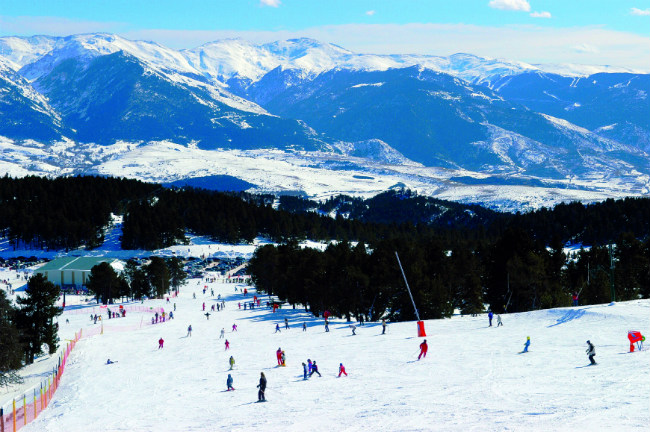 They may not have the mass appeal or drama of the Alps but, for serious skiers like Dominic Bliss, the Pyrénées match their eastern cousins in every way

Three hundred days of sunshine a year! It’s a bold claim that the Pyrenean ski resort of Font-Romeu makes, but possibly a justified one. Why else would the French government, back in the 1960s, have chosen this spot to build an enormous solar furnace – one which still operates as a research facility to this day? 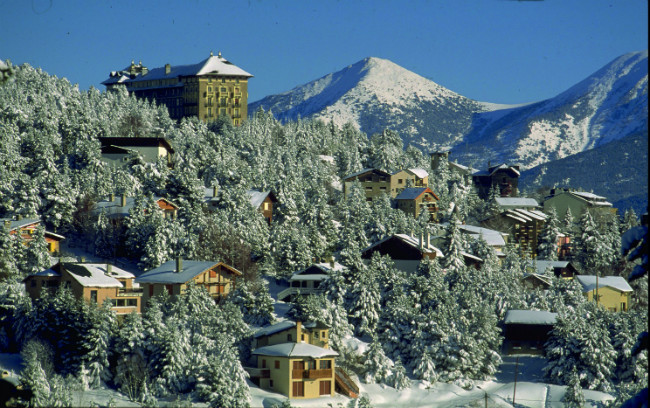 Eyes well shaded beneath my sunglasses, I happily experienced a couple of Font-Romeu’s 300 sunny days when, at the end of last season, I sampled many of the 41 pistes that fan out across the resort. It surprised me how uncongested they were, and how short the queues for the lifts were. Here in the Pyrénées, it’s all a million miles away from the motorway ski slopes and thronging crowds of the Alps. And, thankfully, there are no sharp elbows in the lift queues.

Accompanied by my guide, I hopped between the nine black runs, seven reds, ten long, sweeping blues and fteen easy greens, spread out over 43km of downhill pistes. Add to this the snowpark, the freestyle airbag and a 111km network of cross-country skiing tracks, and you realise there’s pretty much something for everyone at Font-Romeu. 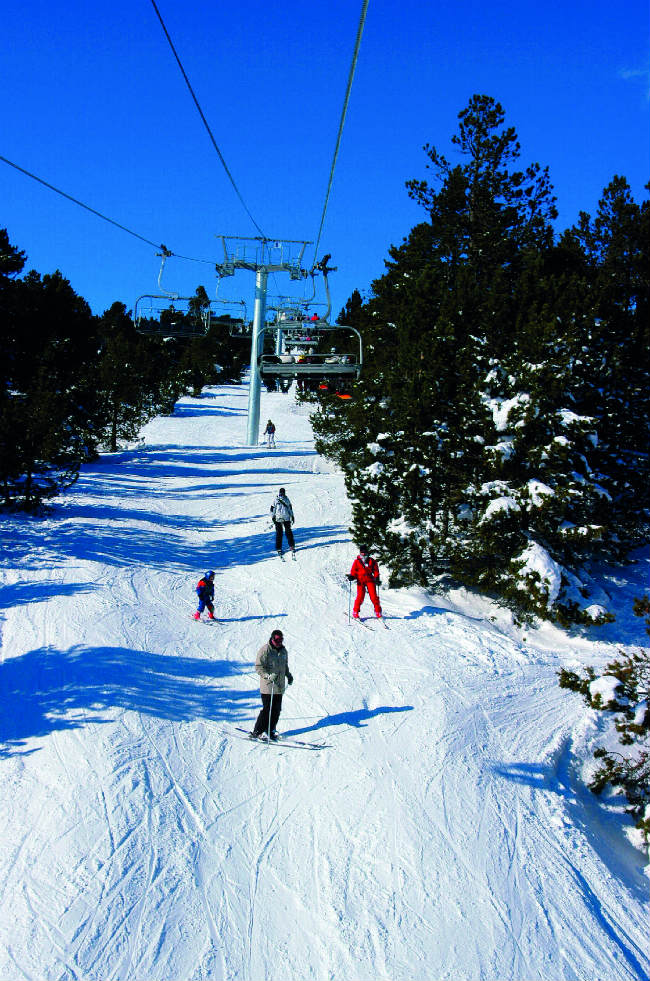 Font-Romeu sits right in the middle of the Parc Naturel Régional des Pyrénées Catalanes, just north of the Spanish border, east of Andorra, on the eastern section of the Pyrénées – the Pyrénées-Orientales, to be precise. It may lack the drama of the mighty peaks you will see in the Alps, yet the nearby Pic Carlit (2,921m) and Pic Peric (2,810m) offer plenty of perspective to the views.

Pyrenean ski resorts tend to be smaller, more restrained, more laid-back, often cheaper, and definitely less ‘bling’ than their Alpine cousins. On the French side of the border there are fewer than 50 resorts. You don’t come here for riotous après-ski or late-night clubbing. It’s much more villagey, and family-friendly. If you prefer short ski breaks rather than week-long holidays, it’s perfect. 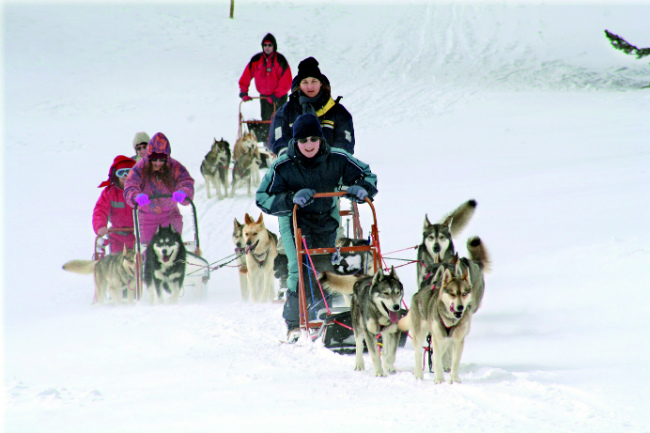 As well as a couple of days in Font-Romeu, I spent some time a few kilometres north, in its neighbouring resort, Les Angles. This is the very definition of villagey. Just 55km of downhill pistes – eight black runs in all (none too taxing) and then fourteen reds, nine blues and fourteen greens, many of them narrow and hemmed in by trees on both sides. On the weekday when I visited, the resort was virtually empty, giving me free rein to plummet fast down the pistes with abandon. Come the weekend, my guide explained, there would be hundreds of school kids up from Perpignan cluttering the slopes. 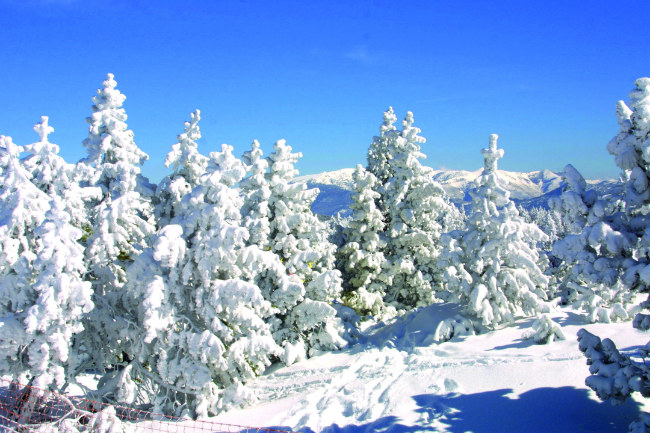 Les Angles is especially family-friendly, almost communal, in its outlook. Consider this: near the top of the Télécabine ski lift, there’s a large wooden building called la salle hors-sac (which roughly translates as picnic bag room). This belongs to the local council. Every morning, visiting skiers drop off their raw cuts of meat here, returning at lunchtime, when council employees barbecue them – free of charge – over a huge open fire. Guests then choose to sit in the warm interior or catch some rays on the sun-deck as they enjoy their steaks. Apparently more than 10,000 skiers (in winter) and hikers (in summer) munch meat here every year. You’d never find a service like this in the Alps. Can you imagine asking council employees at Méribel or Val Thorens to barbecue a slab of beef steak for you? And then not even paying them for their trouble? 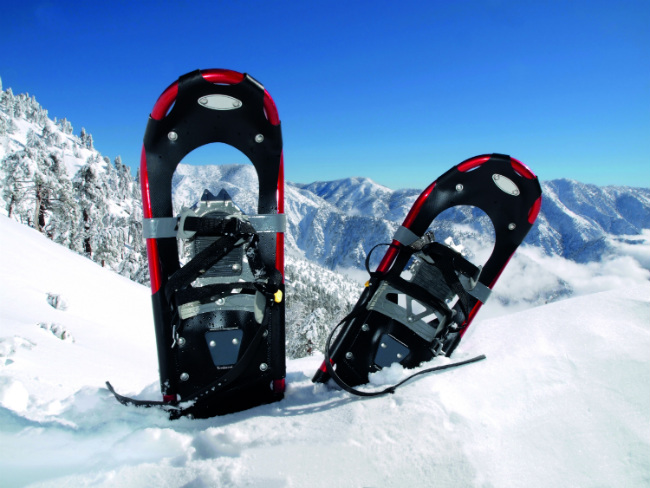 Yet while Les Angles may score high on community spirit, it’s not where you’d come for après-ski action. In the whole town there are just three drinking holes, of which one features a small nightclub – barely enough bartop space for a round of Jägermeisters.

Back in Font-Romeu – or Font-Romeu-Odeillo-Via, to use its full Catalan name – things were more lively, thanks in part to the student population, but still not that lively. I spent a quiet hour wandering through Le Musée Sans Murs, an outdoor sculpture park. Featuring a variety of sculptural styles – from neoclassical, modernist and brutalist to minimalist, wood carvings and some rather dodgy shapes of found metal objects – it took me on a trail through the snowy woods, once well trodden by villagers climbing up to worship at the Ermitage chapel. According to its website it’s “the highest art gallery in Europe”. 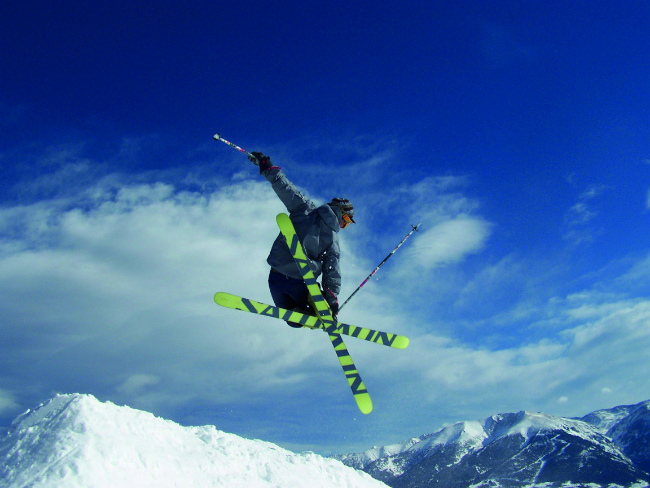 Slightly less artistic, but equally enriching, is another woodland activity on offer here: that of dog-sledding. Instead of sauntering through the trees, though, I was dragged along on the back of sled, driven by half a dozen very excitable huskies. My team comprised Jazz, Whisper, Estia, Duke, Red Bull and Socrate. I sat comfortably in the back of the sled, with a thick woollen rug wrapped round me to stave off the cold, while my very patient musher, Franz, directed the dogs. Together we zipped round a 4km track, the trees close on both sides giving me the impression that we were moving much faster than we actually were. Yet it was fast enough that whenever we had a rest-stop the dogs would cool down by rolling in the snow, even eating the stuff. “Better than a good Jack London novel,” claims the brochure. 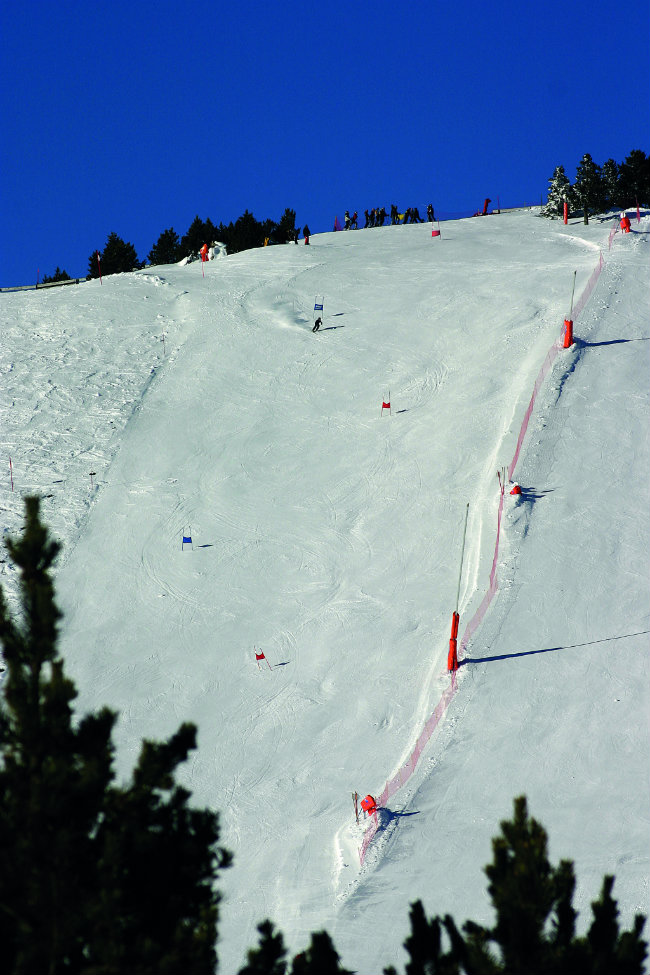 Just because the Pyrénées are more relaxed than the Alps, don’t imagine that the level of skiing is any lower. Font-Romeu is home to some of the best winter athletes in the business. This town is a mecca for high-performance sport, and home to the Centre National d’Entraînement en Altitude (CNEA), a government-sponsored multi-sport facility that was built to prepare French athletes for the 1968 Olympics in Mexico City. (Font-Romeu is not far below the altitude of the Mexican capital.) Athletes train for all sports here, both snow and non-snow. Needless to say, you’ll spot lots of very accomplished skiers as you negotiate the slopes. With any luck some of their magic will rub off on you.

But it’s the winter sport of biathlon (you know, the one where they combine lung-busting cross-country skiing with rifle shooting) that has spawned this region’s most famous athlete of all. He’s called Martin Fourcade, and he lives in La Llagonne, halfway between Font-Romeu and Les Angles. 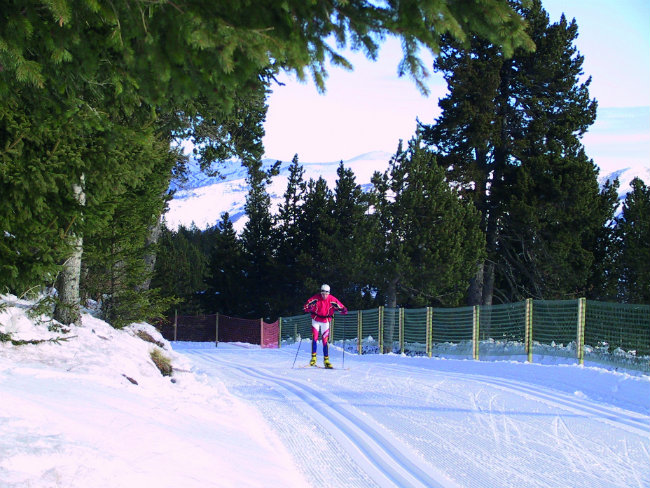 Fourcade is a legend of his sport, dominating both at the Olympic Games (two gold and two silver medals) and the Biathlon World Championships (a phenomenal eleven golds, ten silvers and four bronzes). “Pain is temporary; satisfaction is forever,” he once said when asked how he manages to stay determined for so long during a race.

Fourcade’s success has fostered something of a cross-country skiing revolution in this part of France. (Not so much the ri e shooting, fortunately.) In Font-Romeu you see posters of him plastered everywhere. Many of the locals regularly produce excess lactic acid on the 111km of cross-country skiing pistes. There are 22 loops in all, some across the tops of the mountains, others through the forest or along the frozen river. Occasionally fat skis and thin skis will intersect at various piste junctions. 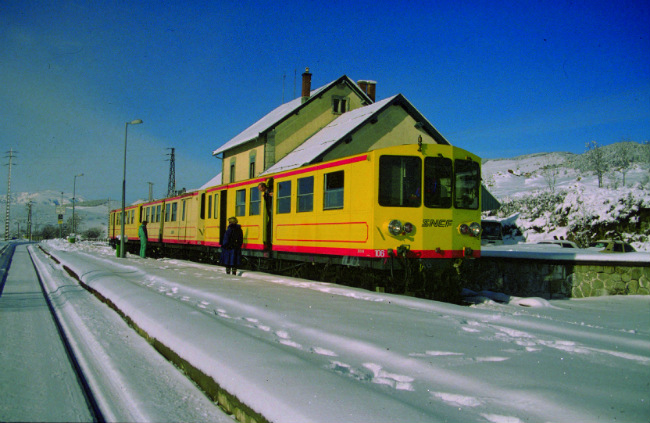 Slower than the downhill discipline, cross-country skiing gives you better opportunities to observe your surroundings. And in this protected region, there are plenty of surroundings to observe. The Parc Naturel Régional des Pyrénées Catalanes stretches over 1,370km2 from Andorra in the west to the Spanish frontier in the south and the famous Pic du Canigou in the east.

The Pic du Canigou, which rises to 2,784 metres above sea level, is considered special by Catalan people on both sides of the border. On its summit there’s a cross that is often draped with the yellow-and-red-striped Catalan flag. Once a year, on Saint John’s Eve (June 23), a ceremony called La Flama del Canigó is staged, with a night-time torch relay and bonfires set alight all over the region. Any Catalan worth their salt gets more than a bit nationalistic at that time of year, and very proud indeed of the Pic du Canigou. 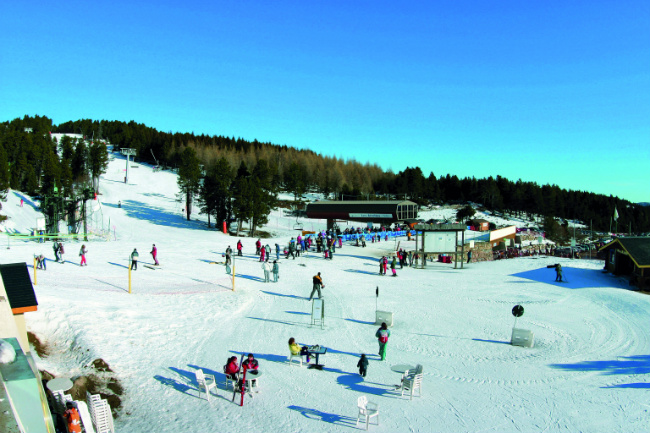 Its summit is visible from miles around. Believe it or not, twice a year, when atmospheric conditions are just right, you can even see it from 263km away, all the way east across the Golfe du Lion, in Marseille. No, this is not a myth. Apparently, despite the curvature of the Earth, a phenomenon known as atmospheric refraction gives residents of Marseille a glimpse of the mountain silhouetted against the setting sun, despite the fact that it lies well beyond the horizon.

From my much closer position in Font-Romeu, less than 40km to the east, I attempted a bit of atmospheric refraction of my own. Obviously the conditions weren’t right and, no doubt, there were too many other mountain tops in between. Pic du Canigou was nowhere to be seen. 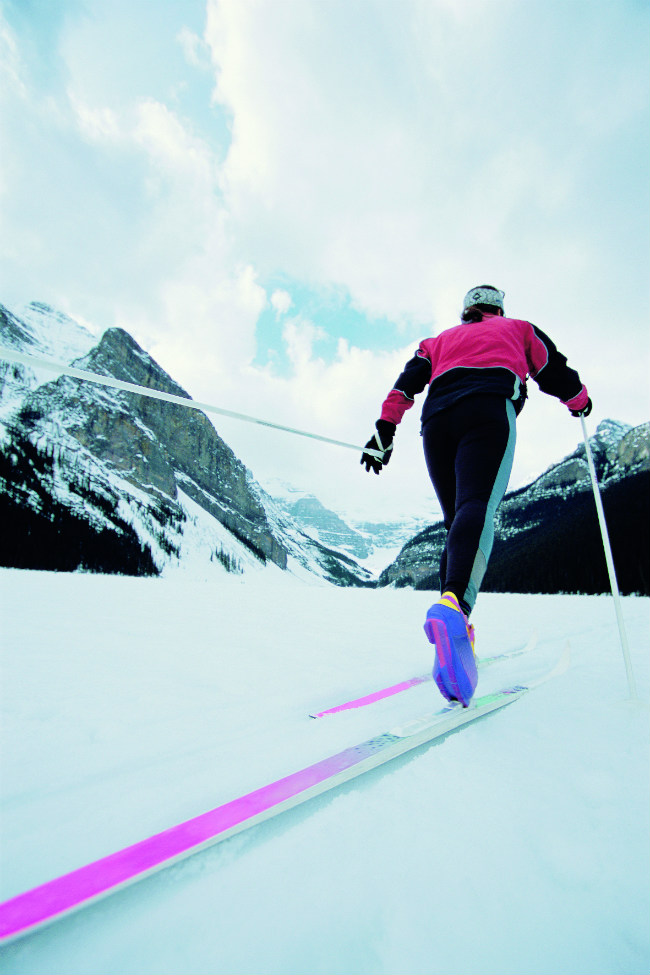 Previous Article Things to See and Do in Les Deux Charentes
Next Article Don’t Be a Tourist! A Casual-Arty Hotel in Paris for Connected Travellers