The French-American Foundation Weekly Brief, May 6, 2011 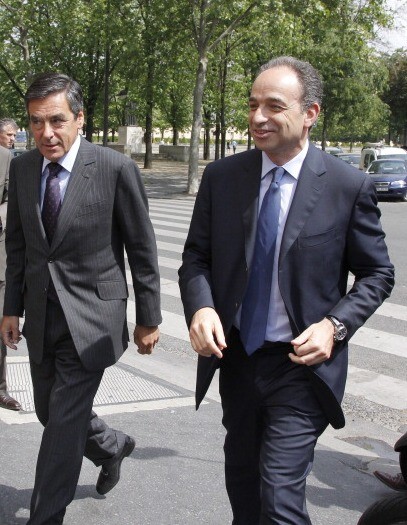 The European Commission announced on Wednesday, May 4, plans allowing countries in the Schengen zone, referring to the region encompassing the European Union and non-member states that allow free circulation of citizens and non-citizens between nations, to temporarily control borders in the case of a sudden influx of migrants, the Guardian and le Point reported. The announcement came in response to a request by French President Nicolas Sarkozy and Italian Premier Silvio Berlusconi in response to the recent flood of migrants from conflict-ridden North African nations, as explored by Al Jazeera and France Soir. In the past month, tension has grown between France and Italy, as Italy allowed temporary residence permits to 20,000 Tunisians fleeing unrest surrounding the popular uprising leading to the departure of leader Zine Abidine ben Ali. Once in Italy, those Tunisians, deemed likely illegal immigrants, were able to cross borders in France, the nation with which Tunisia holds closer historic and cultural ties.

Jean-François Copé, leader of President Nicolas Sarkozy’s Union for a Popular Movement party, released on Wednesday, May 4, a four-page pamphlet, “The Republic that acts, the Republic that protects,” to boast the successes of Sarkozy in light of the 2012 presidential elections which will be held in a year’s time, les Echos reported. The publication came a day after the UMP party held a convention to discuss issues of labor and employment in an ongoing series of discussions in preparation for the elections.   Copé invited a number of symbolic figures to the conference to demonstrate the unity of the UMP party.  There has been division as party members question whether the UMP should maintain Sarkozy as the presidential candidate given record-low approval ratings and divisive policies, according to le Point. On the left, Jean-Pierre Chevènement announced on Wednesday, May 4, his candidacy, le Point reported.  He ran for president in 2002 and has been accused of diminishing the presidential hopes of then Socialist candidate Lionel Jospin.  Chevènement, leader of the leftist Republican and Citizen’s Party, has expressed his opposition to the pro-Europe views of International Monetary Fund Director Dominique Strauss-Kahn, who Chevènement said he believes will be the candidate for France’s Socialist Party, according to 20 Minutes.

The first body from  Air France Flight 447, which crashed on June 1, 2009 en route from Rio de Janeiro to Paris, was recovered on Thursday, May 5, BBC reported. All 228 passengers on board died in the crash, but only 51 bodies were found floating on the surface of the Atlantic Ocean during initial recovery attempts. After the fuselage of the Airbus 330 was discovered last month, a deep-sea robotic exploration has located the majority of the wreckage.  French investigators have committed to bringing all remains to surface, despite the protests of some families wishing for the corpses to remain buried at sea, according to Le Figaro. Also found this week in the fourth search for the remains of Flight 447 was the second black box, the New York Times and 20 Minutes reported. Experts say the second box and recorder will allow investigators to gain greater insight into the cause of the crash, according to the Independent.

Following France’s leading position in the promotion of the NATO-led military intervention in Libya, President Nicolas Sarkozy assumed a role in foreign policy again this week. In an article in l’Express on Wednesday, May 4, Sarkozy stated that if Israel and Palestine fail to reach a peace agreement before a UN gathering to address the issue in September, France would be willing to recognize a Palestinian state, Al Jazeera reported. The assertion opposed similar commentary by German Chancellor Angela Merkel, who has said it would only recognize a Palestinian state with the approval of Israel. Sarkozy also warned on Tuesday, May 3, that the April 28 bombing of a Marrakech café that claimed 16 lives, including 8 French nationals, would not go unpunished, AFP reported. After France sent special investigators to Morocco to explore the incident, two suspects linked to al-Qaida in the Islamic Maghreb were arrested by Wednesday, May 4, according to l’Express and le Figaro.