Hitchhiker’s Guide to the Hexagone 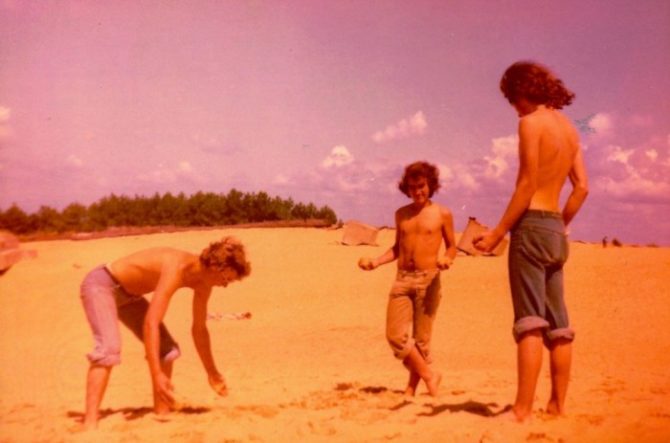 Mary Tudor may have wanted Calais engraved on her heart but after half a day trying to hitch a lift out of town, I never wanted to see the name again. There were four of us 17 year-old schoolmates, all boys, and the cunning plan was to spend a month hitchhiking across France. We started, somewhat inevitably, at the historic port of Calais where the cross-Channel ferry from Dover deposited us. But after four hours with our thumbs in the air it became clear there were no lifts to be had out of Calais. So it was with a serious sense of deflation that we found ourselves sitting, rather ashamed, on the bus to nearby Boulogne, contemplating how we would conquer the next 2,000 kilometres of French roads with our very meagre student budgets. It was not an auspicious beginning.

After a fortifying harbourside meal in Boulogne, we split up in pairs again and headed for the Route d’Abbeville, thumbs out for anyone heading south. Now, much less optimistic than before, we were not expecting this to be easy. Where had we got the notion that you could hitch rides across entire countries? Whose idea was this anyway? We noticed other hitchhikers using hand written signs showing their desired destination, so we quickly found some cardboard and scrawled AMIENS across it. This proved to be an essential technique and we had hardly finished the sign when a car pulled up – our first lift! We raced over to the driver and in our Franglais enquired “Direction d’Amiens, Monsieur?”, to which the reply was a Gallic shoulder shrug. We took that as a “Yes” and piled in with our huge orange rucksacks still strapped to our backs. As the car picked up speed and our driver introduced himself, we looked across at each other with huge grins on our faces – the adventure had begun.

From that moment on our holiday truly started, bringing with it a kaleidoscope of experiences which remain strong in my memory and helped shape my feelings for the people and places of France. Hitchhiking is rare today, but in the Seventies it was not unusual. It’s true that less people owned cars but there was also less fear of strangers and less awareness of risk. We soon found that people of all types, regardless of age, sex or value of car, would pull up in response to the cardboard sign and simple thumbs up proffered by two scruffy long-haired Brits hanging around on the edge of town.

There was no pattern to it – just when you thought you would be willing, in the name of progress, to accept a lift in a smelly farm wagon bumping along a back road, along would come a suave character in a super smooth new Citroën who would cruise at high speed down the dual carriageway for hours. We became more confident speaking French ?to our chauffeurs and began to enjoy ourselves as each new discovery added to the diverse cast of characters driving us across France for free.

We met them all! Free-spirited students, endlessly talkative, pop music blaring on the radio, windows down, smoking Gauloise or Gitanes, often driving at speed and showing great disdain for other slower drivers. More cautious types, taking the quieter roads, happy to have some company, surprised to hear about our crazy plan to travel around France, listening to classic chansons or fiddling with the radio dials to find some local folk station. A zany lady with an Afro hairdo, insisting we could squeeze into her mini, driving slowly and erratically, with barely a hand on the wheel, but talking at such a rapid pace that we just laughed and said “Oui, oui” endlessly in response. There were still a lot of hippies around in those days, and quite often a hand-decorated VW campervan would pull over or a beaten up 2CV and you would pile in amongst all their guitars and rugs, joss-sticks and wholefoods and other hippy paraphernalia. A ride like this brought mixed feelings, especially when the air was thick with marijuana fumes and you suspected the bearded driver was high as hell. Although you never knew where on earth you might end up, you could always count on a ride.

Our first destination was Biarritz. Having split into two pairs we set off down the western route through France via Rouen, Le Mans, Poitiers and Bordeaux. Although we had earmarked various official campsites to aim for, inevitably there were times in the evenings when the lifts dried up, and we found ourselves quietly pitching our tents in the nearest field or suburban park, rising early to avoid the risk of encountering les flics or an angry farmer. But more often than not we managed to rendezvous with our compatriots at the allotted campsite never more than a few hours apart. In fact we arrived in sunny Biarritz on the agreed day, just a few hours behind the others, who welcomed us with rude gestures and ice-cold beer. Incredibly this set the pattern for the rest of the month and we were able to more or less rely on getting to our next destination and meeting up within half-a-day of each other.

We were only able to achieve this semi-reliable schedule thanks to the mind-blowing generosity of the French people stopping to give us a ride. On numerous occasions our drivers would take us across town, out of their way, to find us a good spot to set up for the next hitch. Whenever we stopped for fuel or a break we were amazed at their generosity, buying us drinks or meals and sharing what they had without a second thought. One time, as the evening was drawing in, we found ourselves in the car of a vivacious Gascon woman and we were wondering where we were and where to go next, when our chauffeuse took pity on us, drove us to her home, cooked a meal, gave us bed and breakfast and dropped us back near the autoroute the next morning. It was an entirely innocent encounter but, of course, we embellished the story for the benefit of our mates at the next meeting, inventing various lurid details.

Meeting up at our campsites was an opportunity to compare notes and brag about the quality of lifts we had enjoyed on the most recent leg of our journeys. And there was always competition to see who would arrive first. Sometimes it was a close run thing. On one occasion my friend and I were enjoying a lift on the autoroute near Bordeaux and as we passed across a flyover near the docks we looked down and saw two bright orange rucksacks lying on the open back of a flat-bed truck which was meandering along a ring-road near the port. We knew who those packs belonged to! Later when we met up we were able to verify this bizarre coincidence.

After a few days of R&R camping in Biarritz it was time to turn east and head for Tarbes, Pau and the Pyrénées. It was August and the temperatures were hot enough to melt the tarmac on the roads. Our fair skins were either peeling or starting to brown. Sometimes you had to wait a few hours on a quiet mountain road for another lift. We played cards by the roadside or when it was too hot we’d walk to the nearest one horse village, find a local bar for a beer and a game of table football before trying the road again until, sure enough, eventually someone would take pity and stop.

Somewhere between Foix and Carcassonne we found ourselves dropped in the middle of nowhere, waiting on a long stretch of road under a fierce sun, drinking the last of a bottle of sickly warm fizzy drink in order to stay hydrated. By now our hair was longer, our clothes were scruffier and from somewhere I had appropriated a tatty sombrero. We must have looked like the last of the refugees from the Spanish Civil War. And then, with no traffic for ages, along comes a shiny new Peugeot, pulls up and the most pleasant and courteous man invites us into the comfort of his lovely new air conditioned saloon. What bliss! After an hour or two we arrive near Carcassonne, incredibly grateful, and as we remove our rucksacks from the backseat we see with horror that they have picked up sticky black tar from the roads and it is now irrevocably smeared across his immaculate cream velour upholstery. We were mortified beyond belief and could only apologise and proffer various French franc notes at him but he wouldn’t accept and drove away in a huge sulk. This incident felt much worse because of the extraordinary kindness and generosity we had by now experienced from the drivers of France.

Finally we arrived on the Mediterranean coast and the four of us met up near Narbonne for a week of camping, swimming and a fair amount of general beer drinking and chasing les filles. France was exceptionally cheap in those days and you could get by on about 20 francs a day, about three euros in today’s money (menu prix fixe/ steak-frites being an essential part of the daily diet).

We continued on as far as Menton (Italy would have to wait until the following year) and eventually after a glorious month on the roads of France we threw away our cardboard signs and caught the train back home to the UK. We had all grown up a bit, we were tanned and lean, we spoke much better French, one of us now had a French girlfriend, but above all we were smitten with the beauty of the country and the charm and generosity of the characters we had met en route.

Previous Article Ancient Paris: Looking for Lutetia
Next Article The 2011 Bordeaux Vintage: A Phoenix Rises from the Flames