A Night in Versailles 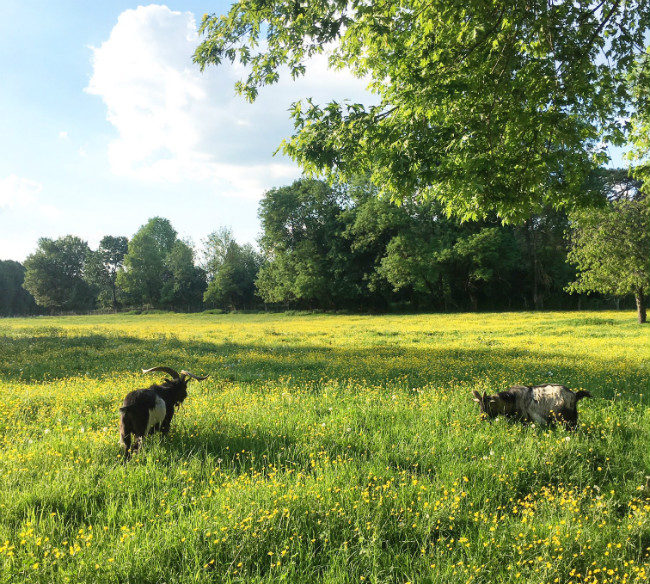 I have two unpleasant memories of getting up at the crack of dawn in Paris. Both were to catch that early morning train to arrive at the Palace of Versailles by opening time. Sadly, it’s what you have to do in order to avoid the line-ups.

You would think that after that first early morning trek to Versailles, I would have learned my lesson. Nope. It took two miserable occasions to figure out a better way to see the palace. While travelling back to Paris on that second trip, it dawned on me: I didn’t even know what the town of Versailles looked like. Why did I always rush back to Paris? Wouldn’t it be nice to actually spend some time here?

So, a few years later, when planning my third trip to the palace, I decided to stay for the weekend. After a little searching online I found the Waldorf Astoria Trianon Palace Versailles. When I discovered that the hotel is located right beside the palace, it was a done deal. 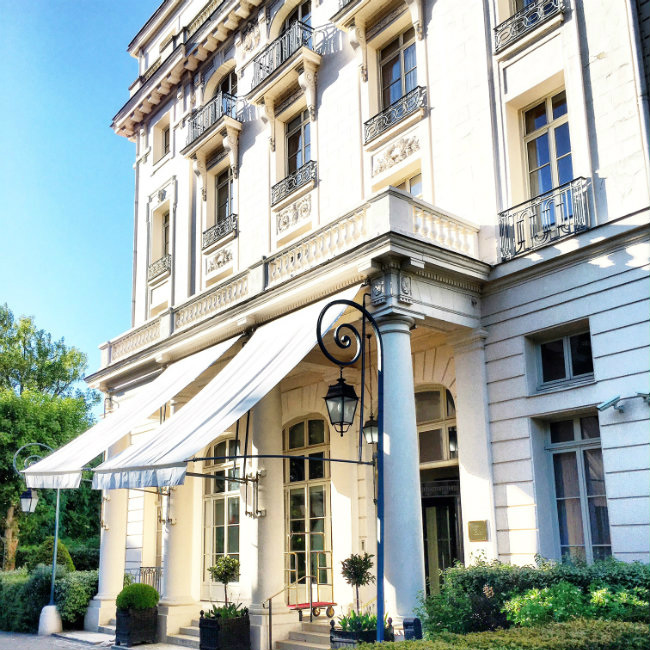 Well! Talk about an amazing first impression. As you enter the hotel lobby, you will bump right into the most stunning, vibrant green, velvet-tufted settee. 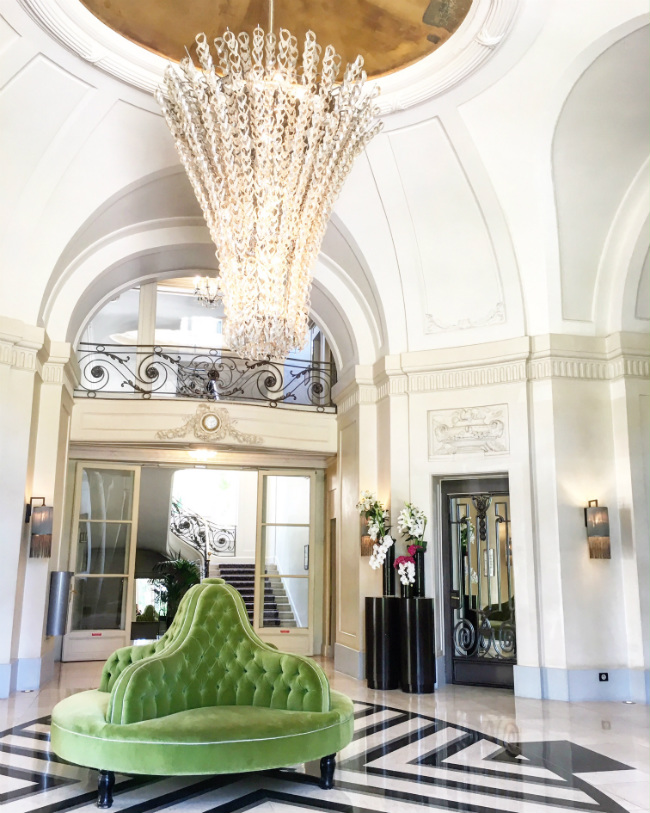 Past this elegant foyer centerpiece, the Bar Galarie awaits you. This restaurant-bar is bright and airy, and it’s the perfect setting for you to enjoy an afternoon tea, aperitif or their most incredible burger… which is what I had. Deee-lish! 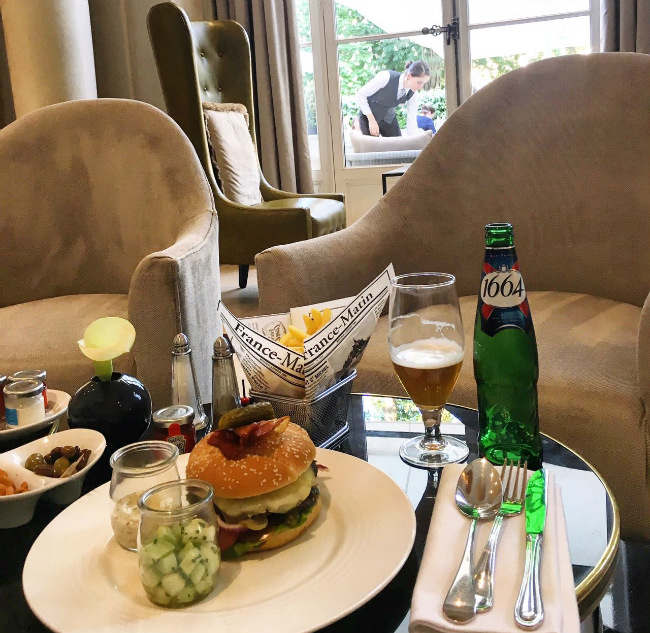 My suite was well-appointed, with my favourite feature being the large glass-panelled doors that opened onto my little balcony – which turned out to be the perfect spot for breakfast. 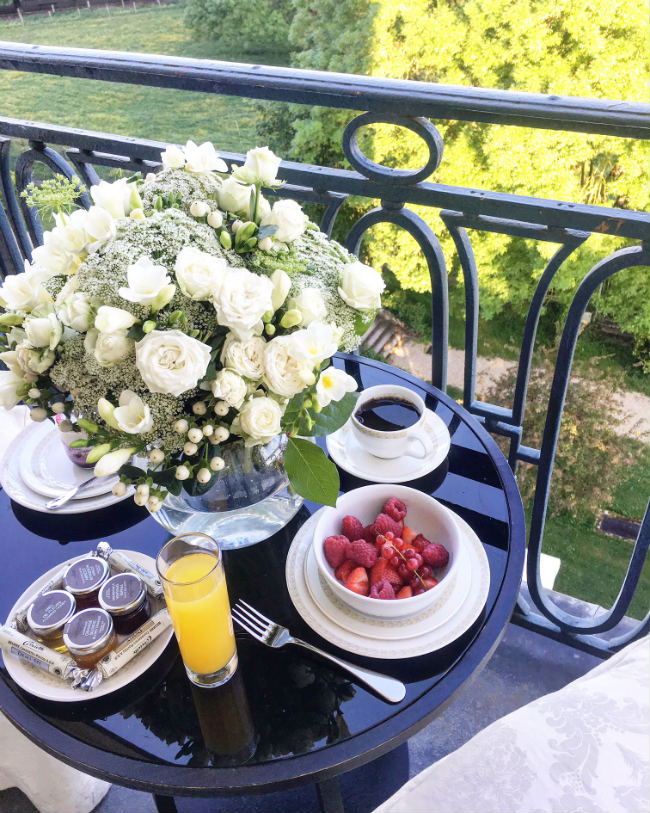 From here I could take in the view of the landscape surrounding The Queen’s Hamlet, Marie Antoinette’s little farm, complete with her goats and sheep.

Later on that same day, I noticed a few goats close to the hotel fence, so I dashed down the stairs and out the door with camera in tow! Now that was special. 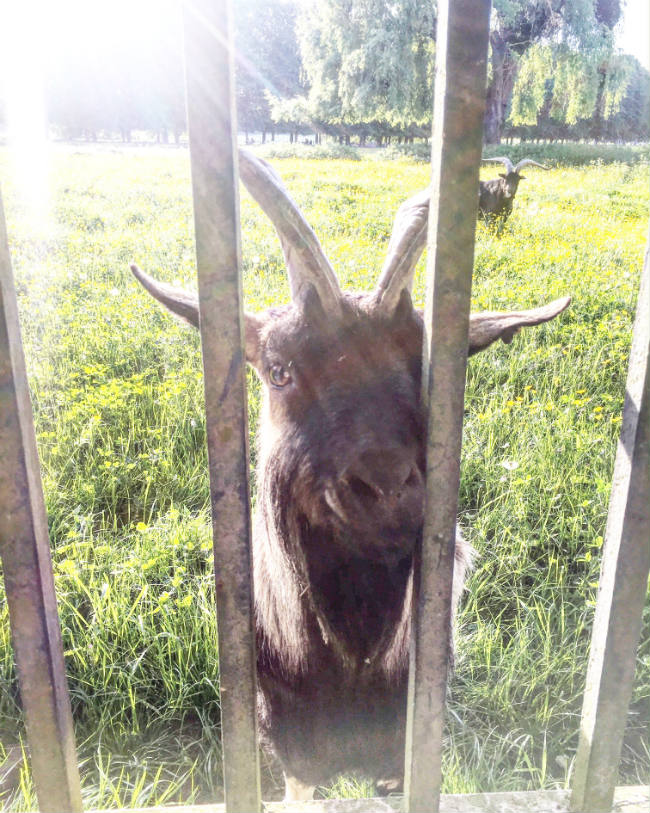 Though I did manage to roam the pretty streets of Versailles, after a visit to the palace and a bike ride through the gardens of course, I ended up spending most of my downtime at the hotel. With their spa and La Veranda for dinner in the evenings, I was quite content staying put. 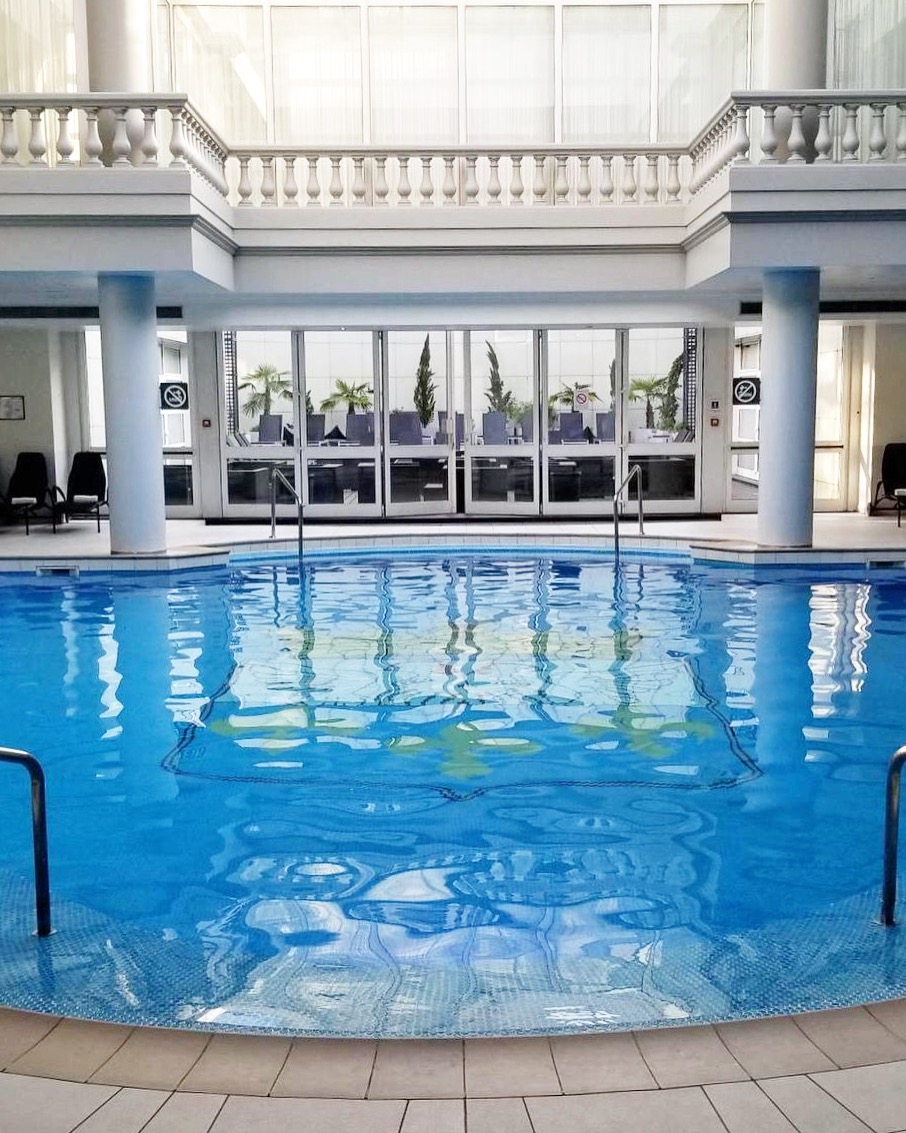 Because time in Paris is so precious, and most likely always feels too short, I understand why travellers like to squeeze in a day trip to the Palace of Versailles. However, I can assure you that it will greatly enhance your experience if you allow yourself the luxury of one full day and one stayover in the beautiful town of Versailles.

I know I’ll never be catching that first train from Paris ever again! 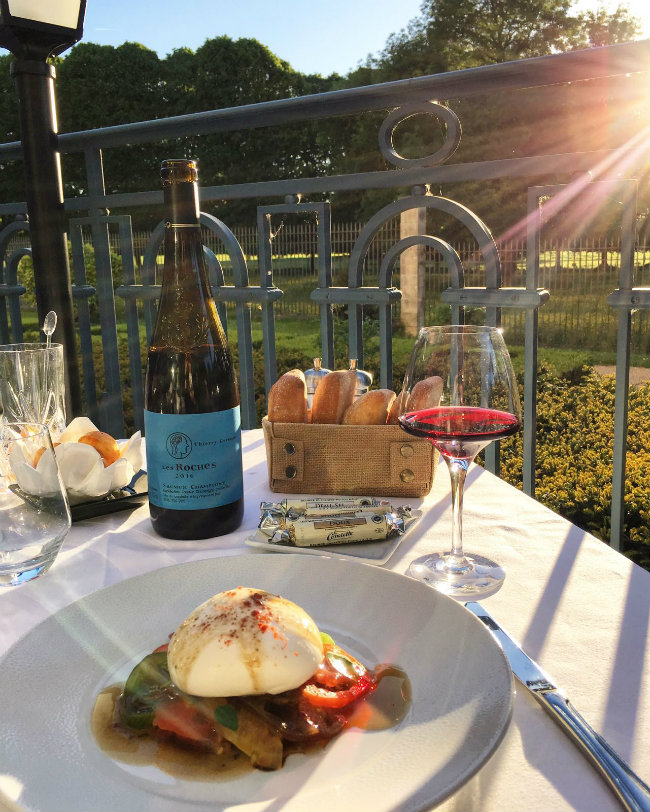