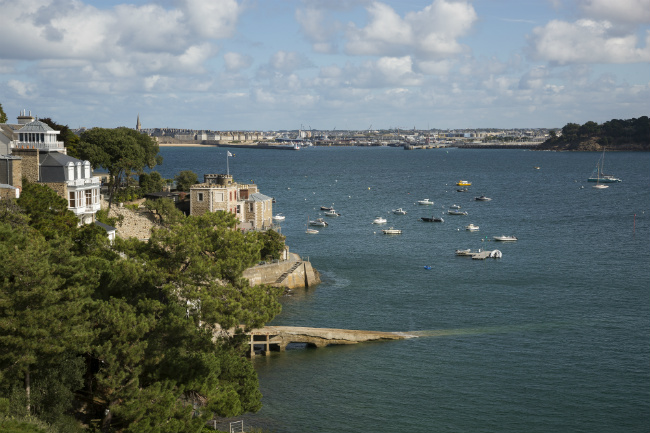 After closing last November for a complete and lavish refurbishment, Hôtel Barrière Le Grand Hôtel Dinard has reopened its doors to welcome guests with a new look for summer in Brittany.

The first ever hotel in Dinard, L’Hôtel de Dinard as it was then known, was built in 1858 to host visiting monarchs. At the time the more modest abode offered just 20 rooms, and as none had the luxury of a bathroom, guests were invited to head down to the sea to bathe.
Of course, the hotel has changed greatly since then, but its five-star status and rich history still make it Dinard’s destination point for discerning guests and visiting celebrities; regular Hugh Grant comes here for the golf, and Monica Bellucci is just one of many who have stayed during the Dinard Film Festival. 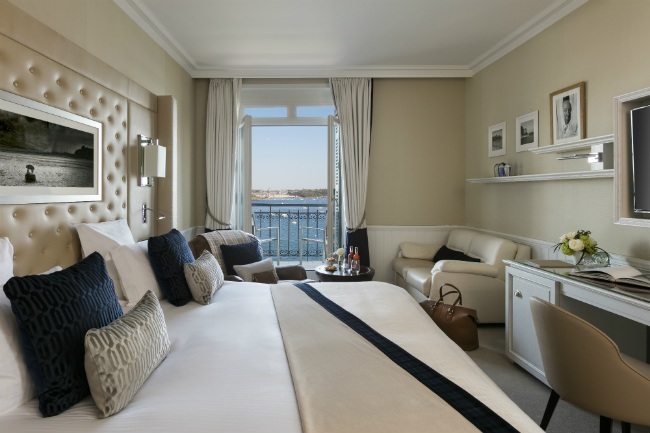 Keeping standards high, the recent renovation has brought the hotel firmly into 2019 with a fresh new look whilst respecting the historic building. The original flooring can still be found in the bar and lobby, while stepping into the elevator feels like stepping back into a more glamorous time. 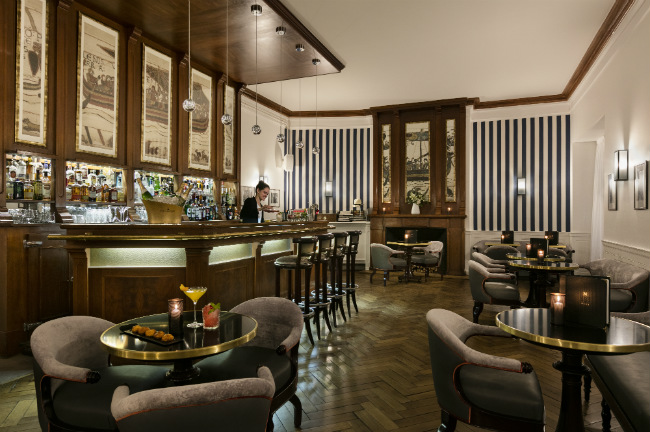 The rooms have been furnished in classic shades of cream, with pops of deep Dinard blue referencing the hotel’s by-the-sea location. Black and white photos on the walls depict Dinard’s past with vintage seaside scenes. The renovation has also upped the number of suites from one to four, all of which have the best location at the front of the hotel. But whichever room you choose, it’s worth splashing out on a sea view; waking up by the water really is just the tonic for those looking to escape the city and get away from it all. Some rooms also enjoy a small balcony to take in the picturesque setting. 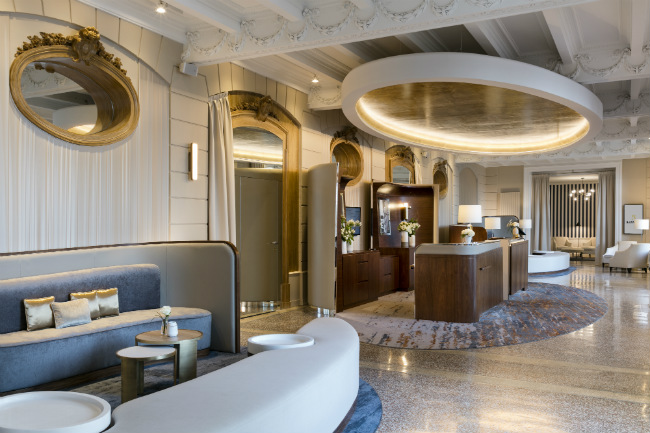 As well as taking in the rejuvenating sea air, guests can also use the hotel to enjoy some rest and relaxation. A Diane Barrière Spa has now been added to the hotel’s wellness facilities, offering treatments by cult Parisian beauty brand Biologique Recherche. The large glass front of the hotel’s covered heated pool, which has also been freshened up, floods the space with light and gives you a peek onto that gorgeous sea view. 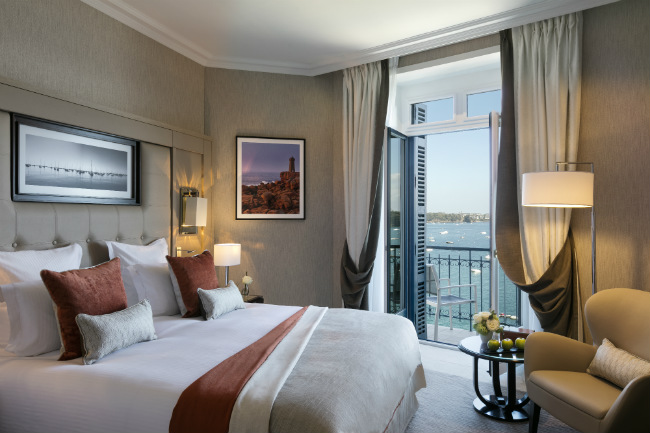 The restaurant, located in the original building of the hotel and now named the George V, has also been revamped with a new chef and menu showcasing some of the region’s local produce. Don’t miss an evening dining here by the sea; the food is delicious and the portions are generous. 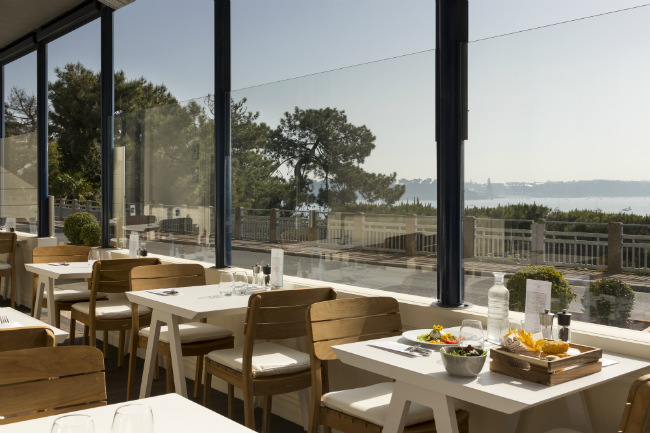 The 333 Café references another point in Le Grand’s history, when it was the hotel of choice for Kirk Douglas, Tony Curtis, Janet Leigh whilst filming “The Vikings” back in 1957. In fact, Le 333 cocktail is also where the bar gets it name. The story goes that after many late night drinks, Douglas and the head barman concocted the drink using a third of each of Douglas’ favourite tipples– Cointreau, gin, and orange juice– leading to the 333 moniker. Like the rest of the hotel, it’s been tweaked slightly since that time, and is now decadently topped off with champagne. 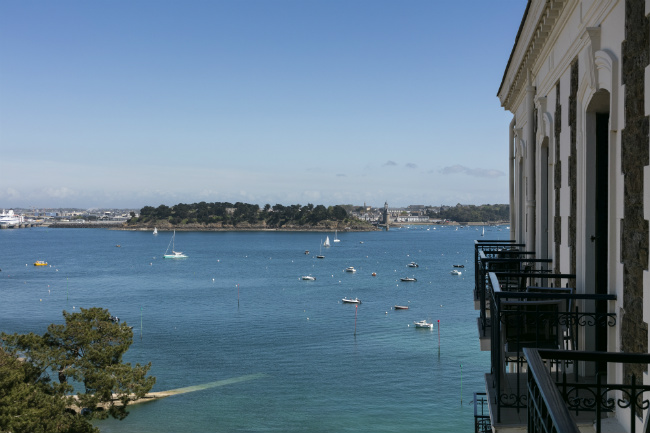 During your stay, also make sure to tap the Clef d’Or Concierge for insider information on Dinard, especially the map and walking tour of the town’s notable buildings, which gives an overview of the town’s unique architecture and includes impressive properties owned by the likes of the Hennessy family. For ease, you can also buy tickets here for the boat to Saint Malo, which is just a one-minute walk from the hotel. The 10-minute journey is a quicker and more pleasant way to travel than the 30-minute car ride, and means guests at Le Grand Hôtel Dinard can enjoy the best of both locations. 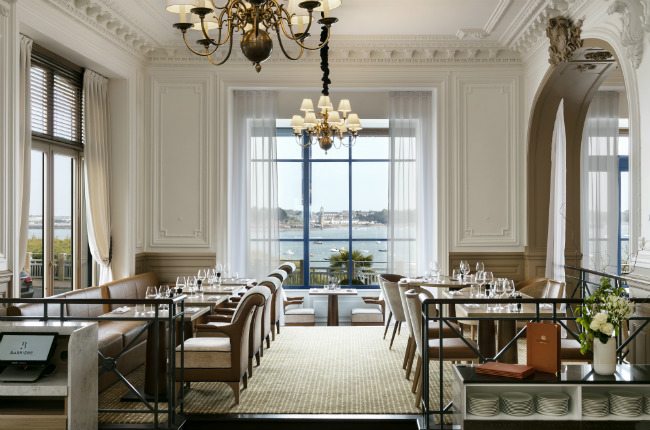 Stunning Places to Stay for Your Champagne Adventure