Conquering the Cols: Rehabilitation through Adventure 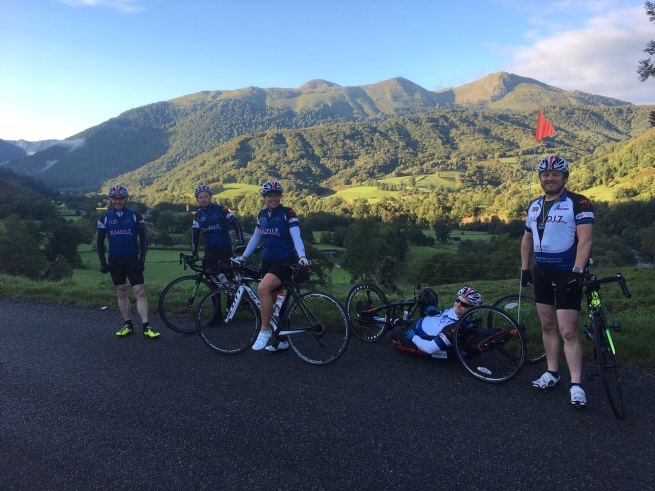 This is the hardest article I have ever written. Not because it is a difficult theme, or because the subject isn’t fascinating; but simply because it is impossible to do justice to this group of people and their achievement. Earlier this month, a group of former military personnel between the ages of 28 and 74 took on the enormous physical and mental challenge of traversing the Pyrénées by bike from the Atlantic to the Mediterranean in just seven days; a journey of 720km (450 miles) on some of the toughest cycling routes in the world. This would be an enormous ask for the fittest amongst us but these are military veterans who have been injured in conflicts around the world and hence. And when they agreed to take part in this challenge, they were already facing a much bigger trial than most of us could ever imagine.

The Pyrénées form a solid and intimidating wall of peaks between France and Spain and from the Mediterranean and Atlantic, rising to 3404 metres (11,169ft) in places. Like any apparently insurmountable barrier, they therefore present an irresistible challenge to adventurous walkers, climbers and cyclists looking to push themselves physically and mentally. Indeed, for cyclists, the cols of the Pyrénées are viewed as the toughest tests in cycling. There are clearly many reasons why the various members of this group signed up for this challenge but it seems likely that this trip was not just about conquering the cols but also about overcoming personal injuries and trauma both physical and psychological; a journey of escape, healing and rehabilitation from their experiences fighting for their country in some of the most dangerous war zones in the world. 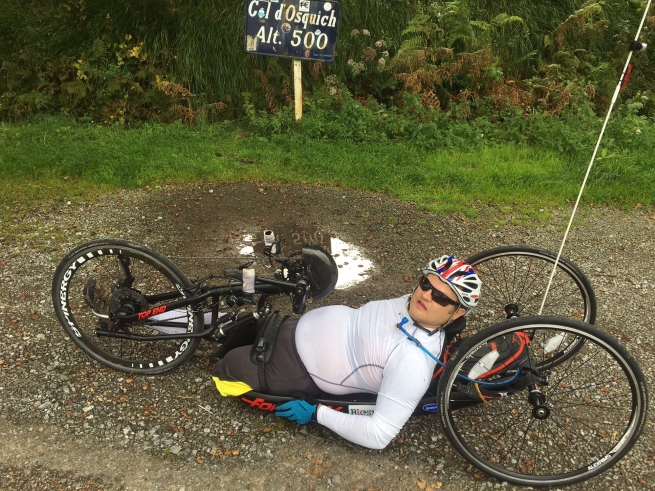 The fact that they chose the Pyrénées as the place to escape their traumatic experiences seems somehow fitting because these mountains are equally renowned for the escape routes for allied soldiers between France and Spain during World War Two. There were a number of escape routes through France but the Comet Line, the Pat O’Leary Line and the Marie Claire Line were the most famous. One of the O’Leary networks went through central France to Agen and Toulouse and then to the central Pyrénées to the starting point of ‘Le Chemin de la Liberté’ in Saint-Girons. The high mountain route into Spain was carefully chosen as it avoided all official checkpoints. Between 1940 & 1944, there were 33,000 successful escapes along the entire length of the Pyrenean chain. So it seemed entirely appropriate that the Pyrénées should once again provide the setting for a very different sort of escape as well as, hopefully, a new start for another generation of servicemen and women.

The ride, known as a Raid in the cycling world, was the brainchild of Jonathan Thomson, a former Royal Marine and one of the patrons of 65 Degrees North, an organisation that seeks to help in the rehabilitation of wounded or traumatised ex-servicemen and women by offering them the opportunity to participate in challenging adventure. The expedition was given the name of Raid 17 and the first person to sign up was an army veteran who had lost a leg in combat. He was followed by another veteran who had been blown up five times in Afghanistan and another who lost both legs on a mine. The list of physical injuries of each new applicant goes on but they all had one thing in common: they had all suffered huge mental trauma and combat stress and this was an important journey for each of them who were determined to do everything they could to accelerate their rehabilitation both mentally and physically. Every rider had to overcome significant challenges, in order to achieve the levels of fitness and skill required to even get to the start line, and all suffered pain and hardship physically and mentally at different levels during the five-day ride. 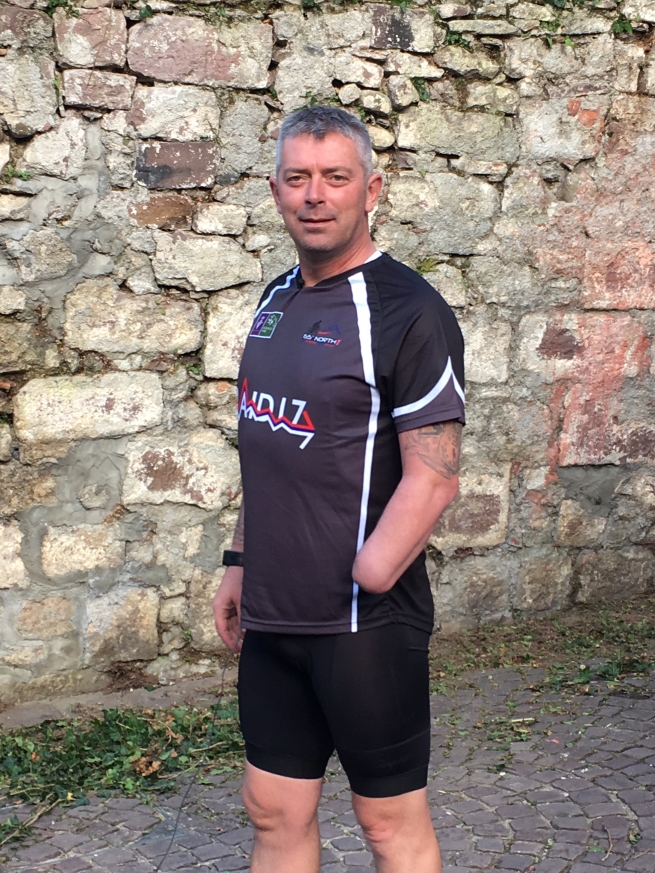 Carl Anstey was medically discharged from the 1st Battalion, the Rifles in 2013. He was a highly-trained sniper and was deployed to Afghanistan in this role in September 2008 as well as mentoring a platoon of Afghanistan National Army soldiers. It was five months into this tour, on foot patrol in Helmand province, that he and his battalion were involved in a heavy firefight. Two soldiers were killed and Carl was seriously injured; his right femur was shattered, his tibia/fibula fractured and he had numerous fragmentation wounds and several broken bones along with lacerated nerves which caused him to lose all power in his right leg. Since then, Carl has undergone numerous operations and intensive physiotherapy which, along with sheer determination, has allowed him to walk and now cycle again. Hence, when he heard about the Raid 17 ride, he immediately signed up, deciding it was would give him the motivation to really challenge himself, prove that he could overcome his injuries and really find a new sense of achievement, more so for how difficult he knew it would be for him. At the same time as training for this mammoth cycle ride, Carl was also retraining as a physiotherapist. He graduated with a first-class, honours degree and now works for the NHS treating burns and trauma patients, both civilian and military.

Richard Morgan, the leader of Raid 17 is a serving Police Officer and was one of the founders of 65 Degrees North. His motto is “beyond injury” and he is best known for leading the expedition in which Peter Bowker became the first amputee to cross Greenland unsupported. 65 Degrees North relies entirely on grants and sponsorship and Raid 17 was, likewise, funded by sponsorship from numerous sources including The Endeavour Fund, Branding Science, The Veterans’ Foundation, Swansea University as well as a large number of volunteers. Each of the participants was also in charge of fund-raising for their own specific military charity. The organisation, 65° North, is entirely self-funded.

The journey across the Pyrénées is one of the ultimate cycling tests and not something that is taken on lightly even by professional cyclists. Training for Raid 17 started a year ahead and each member of the team was tested for levels of fitness at Swansea University and given advice on training and nutrition before beginning rigorous coaching sessions. This included a week of intensive cycling and technique sessions in Portugal with specialised cycling company, AQR, run by two professional cyclists, Ian and Kate Potter, who specifically train individuals, at all levels, to cycle to the very best of their ability, examining every area of their technique, fitness and preparation. It was a hugely demanding few days, with some routes of up to 125km a day, where participants were encouraged to push themselves on their bikes further and harder than they ever had. These being ex-military and military personnel however, rather than civilians like you and me, pushing themselves is what they are trained to do and hence by the end of the week, Ian realized he had a problem; this group would not accept that there were limits to their abilities. Even though they were not experienced cyclists, they never admitted that something might be beyond them nor did they ever complain, including one member of the group who managed to fall off and break his arm but failed to mention the fact until the end of the ride that day. Ian realised then that these people were not your usual group of cyclists and that they could achieve anything they put their mind to; where others saw disability, they saw only a new challenge to be overcome.

So, on September 14, 17 participants set out from a beach on the Atlantic  to cycle up and down the highest peak of the Pyrénées, with the aim of reaching the Mediterranean coast in just five days. The journey covered some 720km (450 miles) climbing at least 11,000m (36,000ft) following, on many days, in the tracks made famous by the Tour de France. It was an epic adventure; a culmination of dreams, ambitions, hours of fitness training, new skills and personal goals and overcoming physical and mental obstacles most of us will never have to face. It takes a special kind of person to cycle up these mountains day after day – but this was certainly a group of exceptionally special people.

The aim of the adventure was that their achievements and experiences would change their lives for the better, aid and enhance their recovery and, equally importantly, inspire others to challenge themselves, test their limits and follow their dreams. They proved to themselves that they were capable of much more than they imagined and now want to pass on the benefits of their experiences to others, in the hope that they too will aspire to achieve what appears to be unachievable. 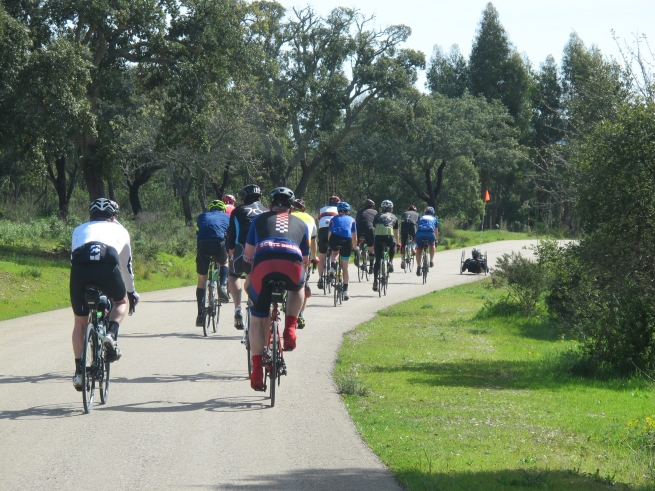 In taking part in this adventure, all of them have showed that there is life beyond injury and are part of the movement to help change the perception of disability.

These are certainly the most inspirational group of people I am ever likely to meet and it seems to me that the end of this journey is in fact just the beginning. This is the true legacy of Raid 17 and 65° Degrees North: to change lives for the better.

To make a donation or for more information about future challenges visit www.65degreesnorth.co.uk or contact Jonathan Thomson at: [email protected]