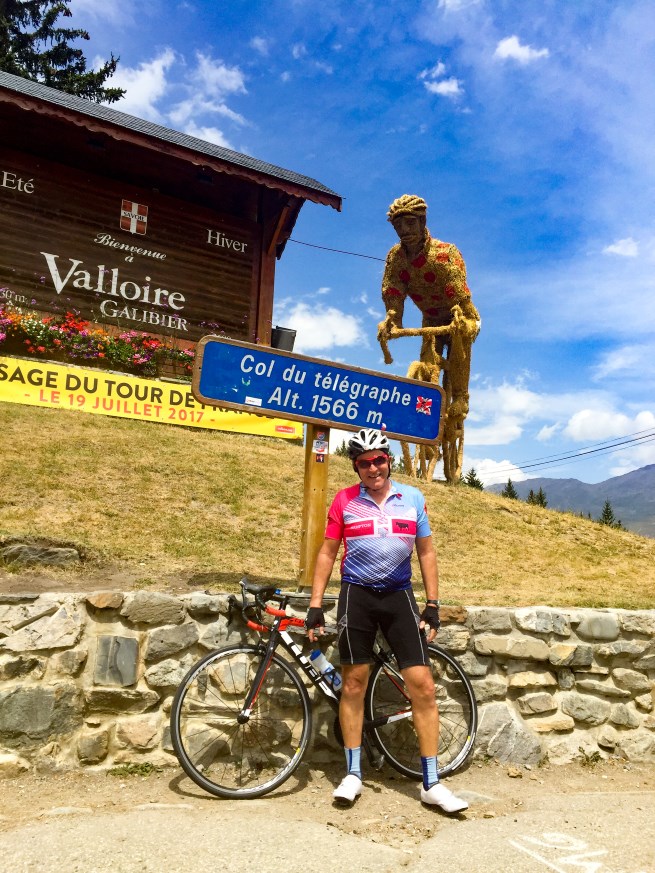 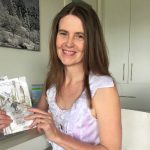 For the next instalment in the continuing story of Monsieur Velo, our cycling tragic finds a helping hand. ‘Come in’ she said, ‘I’ll give you shelter from the storm…’

He has done it again, Monsieur Vélo, and added another col to his col-lection. Fortunately, given the circumstances, several other French gals, this time in the form of Mesdames Tasse de Thé, were there, too.

For serious cyclists, the Col du Galibier needs no introduction. It has featured over 30 times in the Tour de France, including this year’s boucle. Whilst there are a couple of ways to make it to the top, if you take the north side, the Galibier is only accessible after the Col du Télégraphe, making the ascent from Saint-Michel-de-Maurienne nearly 35 uphill kilometres. 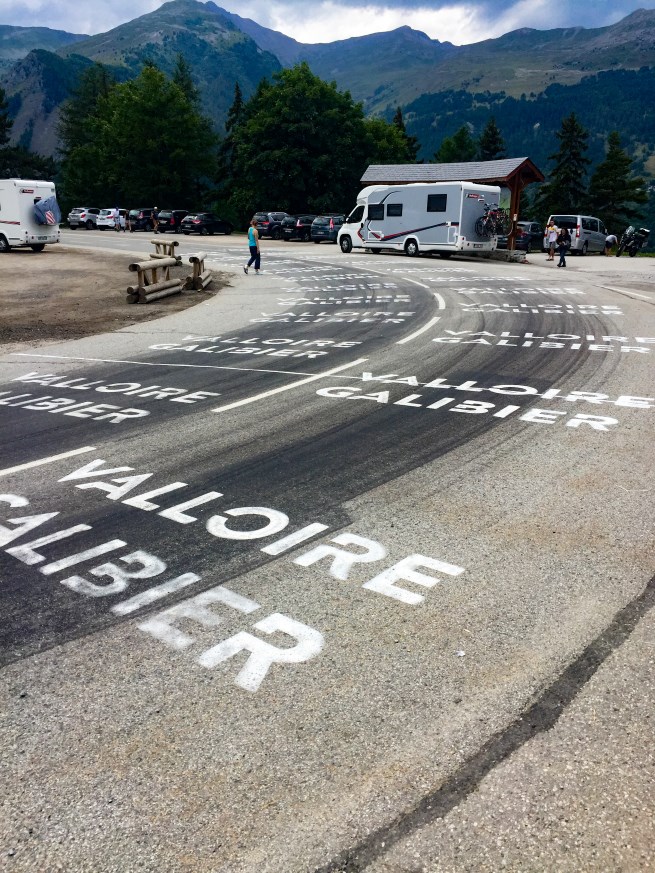 A few days ago, Galibier was Monsieur Vélo’s objective. Riding solo, and with a few happy snaps along the way, he made it to the top. Obligingly, the sun followed him there before declaring its upper hand and seasonal disrespect by abandoning him to gale force winds and sheet rain. In these conditions, he began his descent. After a kilometre, he chanced upon a little roadside shelter and took refuge in the hope that the storm would pass quickly. Madame Tasse de Thé, in a teeny, tiny Clio saw him cold and alone and offered him shelter in her vehicle. Preferring instead to just get off the mountain, he re-saddled and with non-existent visibility, slippery roads and extreme cold, his descent was amongst the worst he has ever had to endure.

As luck would have it, arriving in the village of Valloire, distressed and shivering uncontrollably, Madame Tasse de Thé spied him again. This time, his protests were ignored as she put her own coat around his shoulders and helped him into the nearest café. Using his limited French, he attempted to apologise for the water that was streaming off his body and creating puddles on the floor. Unconcernedly, the café owner and his Madame plied him with cups of hot tea, dry clothes and warm attention. Self-labelling this climb as category ‘glad to be alive’, Monsieur Vélo eventually handed back his sopping, borrowed clothing and forced himself back on his bike in order to complete the final 17 kilometres home. 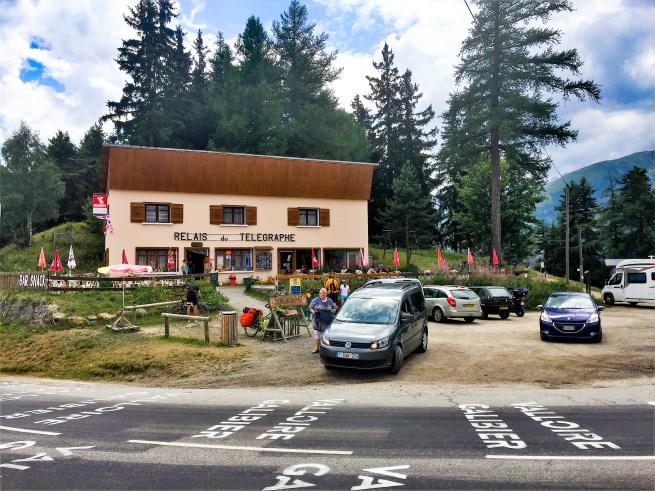 There are so many lessons to be learnt from this story. Firstly, that the weather in the mountains can, and does, change. If you are heading out, you need to have all-weather gear, or a Plan B, even in the middle of summer. Secondly, a little bit of French goes a long way. Although there is no doubt that words were not necessary to convey the extent of Monsieur Vélo’s suffering, using what he had learnt at his language classes helped create a closer, personal bond. And, finally, human kindness is still prevalent. This is worth noting. 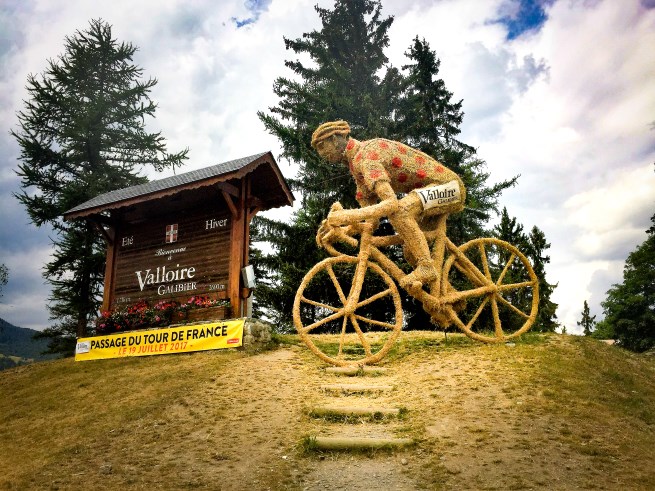 Ascending from the North:

Ascending from the South:

The author, Catherine Berry, lived for several years on Lake Annnecy with her family before buying a house in the lakeside village of Talloires. It is available for rental and is perfect for families and small cycling groups (sleeps 8). Take a look at www.ourfrenchvillagehouse.com for details. Her family’s story, ‘But you are in France, Madame’ can be purchased as an ebook on Amazon or in print by contacting her directly on [email protected]

He is a cycling tragic who, when not in the French Alps, can be found doing the regular Melbourne, Beach Road, Mordy-and-back ride, before settling into a few flat whites at the Brown Cow café in Hampton. 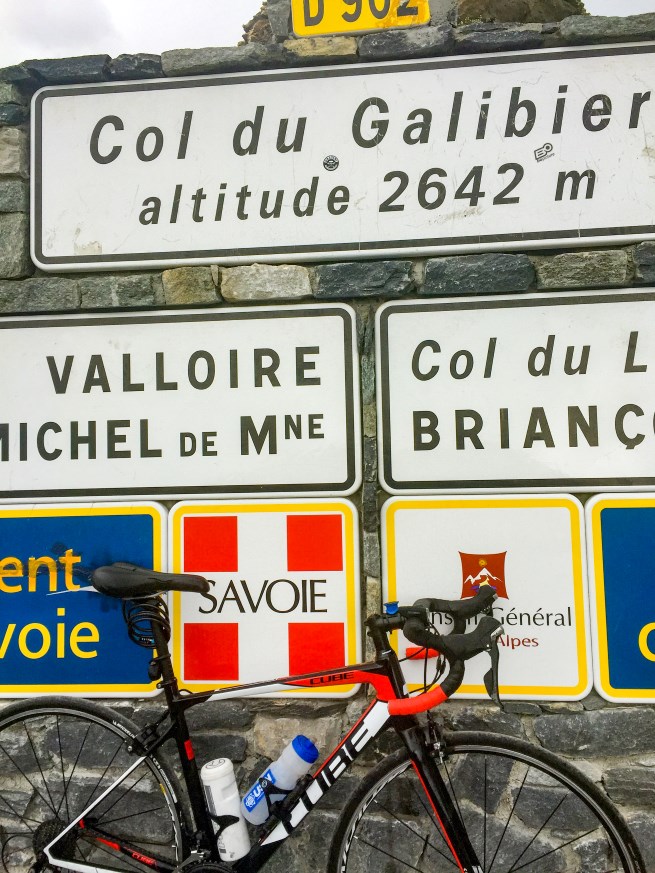 Boat Bike Tours: Where to Find the Best Backgrounds for your France Pics

Follow the Seine: A Boating and Biking Trip from Paris to Montargis