What to See and Do in La Manche 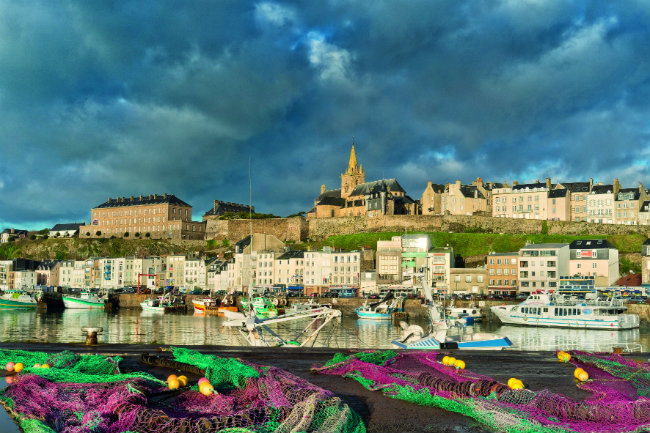 Related articles: Explore La Manche, a Beautiful Corner of Normandy
12 Things to See on the Coast of La Manche

Pair your visit to Mont-Saint-Michel with a trip to see the Avranches Scriptorial. The 199 surviving manuscripts from the abbey, the oldest of which dates back to the 8th century, are kept here.

Château de Gratot is the remains of a construction that took place between the 13th and 18th centuries; restoration of the castle began in 1968 and took 20 years to complete.

Château Fort de Pirou is a Norman castle originally built of wood on an artificial island that had a number of defences: three moats, five fortified gates and  high ramparts. And if fortifications are your thing, the Vauban Towers at La Hougue and on Tatihou should be on the list. Both were constructed by the famed military engineer employed by Louis XIV to defend France’s borders. The one on Tatihou makes for an excellent island day trip. 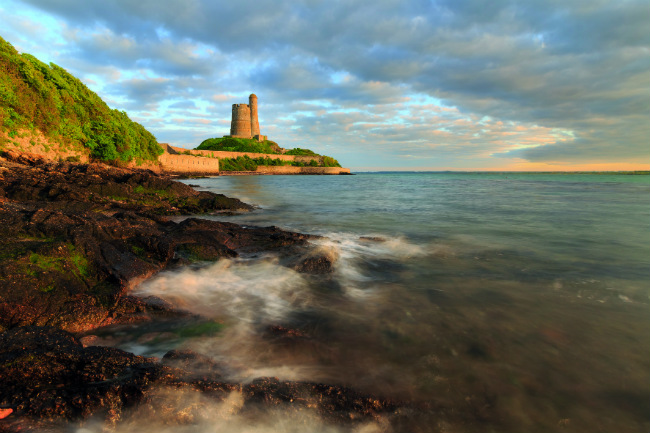 Fort de la Hougue is one of two Vauban towers here – the other is on Tatihou. Photo: Jerome Houyvet/ CDT 50

GET UP AND GO

Fancy a paddle? Our top pick for such activity is the guided barefoot walk
in the bay of Mont-Saint-Michel. You’re unlikely to do this anywhere else and not only is it enjoyable, it’s also interesting to learn about the history and wildlife of the bay. If you feel like bathing, an unforgettable experience is to wait for the tide to recede in Granville and then take a dip in one of the three tidal swimming pools there.

Stepping up the activity levels could involve cycling around in Le Havre de la Vanlée area north of Granville. It’s flat and quiet on the roads there, so ideal for all ages and abilities.

The Nez de Jobourg, once a favourite haunt of smugglers and pirates. Photo: Philippe Fauvel/ CDT 50

Or how about some walking? Mont-Saint-Michel was for centuries one of the four main pilgrimage shrines. These days you can walk all the way from Cherbourg to Mont-Saint-Michel – easily split into nine stages. En route from Cherbourg, stop at the Nez de Jobourg and take a guided cave visit, far below the cliff path, to hear tales of the smugglers and pirates who once plied their nefarious trades here. Alternatively, sit back and relax on a horse and carriage that trots around the oyster farms at Gouville-sur-Mer, or visit one of the oyster farms in Saint-Vaast-la-Hougue – the oysters you catch here will have a distinctive nutty taste. 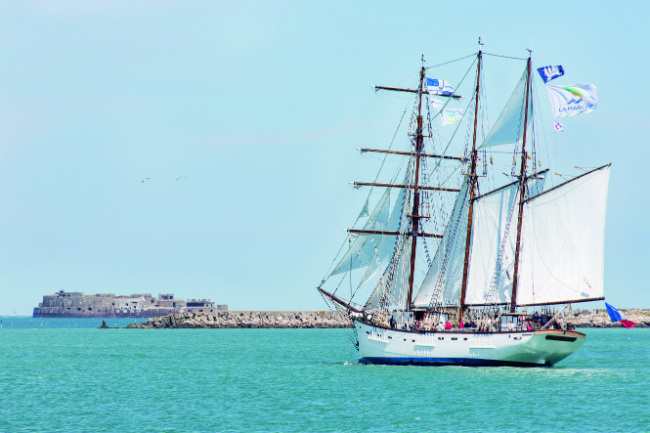 Step aboard the Marité and you will be encouraged to help set the sails. Photo: Thierry Houyel/ CDT 50

LIFE ON THE OCEAN WAVE

You should make the most of the mer on your trip to La Manche. Head to Granville and take a boat to the Chausey islands on the famous three-sailed Marité schooner. Times depend on tides so check ahead. If the tide is out in Granville, join the locals for some pêche à pied. Granville is the biggest whelk producer in France but you’ll also find scallops and clams. 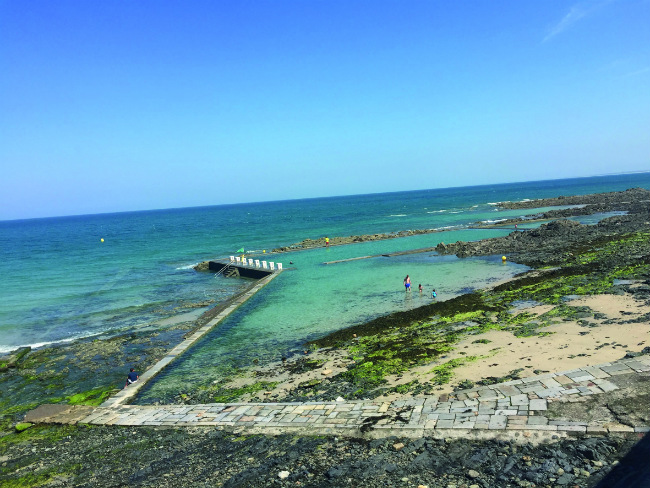 The tidal pools at Granville are a great place to take a dip, if you time it right

Cruise to Corsica with CroisiEurope