Ocean and Climate at Aquarium Nausicaá 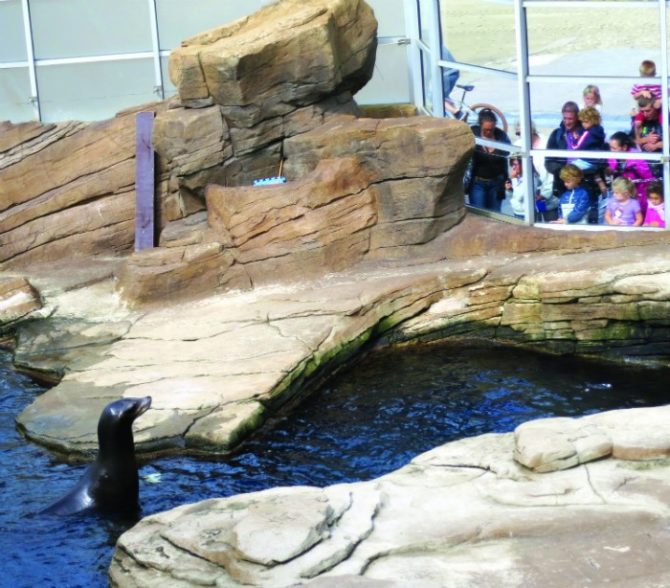 Take a deep breath as you’re in for an exciting marine voyage on a research vessel named the Nausicaá, during which you may get caught in a gale, dive into a tropical lagoon and come face-to-face with sharks…

It’d be a misnomer to think of Nausicaá as an aquarium, as it’s actually France’s National Sea Centre with an important role as an advocate for oceanic resources. France is hosting the COP21 UN Conference on Climate Change later this year and Nausicaá is one of the founding members of the Ocean and Climate Platform, which is working to ensure that the decisions made integrate with the seas’ major role in the climate system and the ability of the world’s oceans to provide solutions to the challenges facing the planet.

Overexposure of any message, however important, can dilute its impact, but not at Nausicaá, where there’s only ‘one’ ocean – right in front of you and so close that you can taste the salt in the air. This life-giving miracle, which covers some 71 percent of the Earth’s surface, is suffering from a dangerous fever that won’t be cured without care. Oceanic temperatures keeps rising, affecting every link in the chain – from the proliferation of jellyfish to the delicate ecosystem of the mangrove.

Although the subject is highly emotional, Nausicaá doesn’t present the facts in a ‘doom-and-gloom’ context, rather in the spirit of ‘let’s find innovative solutions together’. In Homer’s Odyssey, the Phaeacian princess Nausicaá saves Odysseus, not via direct intervention but by showing him the way using her footprints. Today, the centre named after her achieves the same end with its initiatives, which include protecting the world’s mangroves and building plankton bioreactors to reduce CO2 levels. You can even meet the endangered, and rather extraordinary, South African penguin, just one of the 1,000 species and 36,000 animals represented therein.

By 2020 three out of four people will reside 60 kilometres or fewer from the world’s oceans, not just because of their beauty and recreational possibilities, but owing to the economic activity and jobs they generate. In becoming better acquainted with the role of the oceans as a climate regulator and the impact of global warming on our everyday lives, we can face up to the problems and help to limit their potentially devastating effects.

TIP: When planning a visit, go online to check Nausicaá’s schedule of activities, diving encounters and feeding times – there’s something special happening there every day.