12 Must-See Towns and Villages in Auvergne 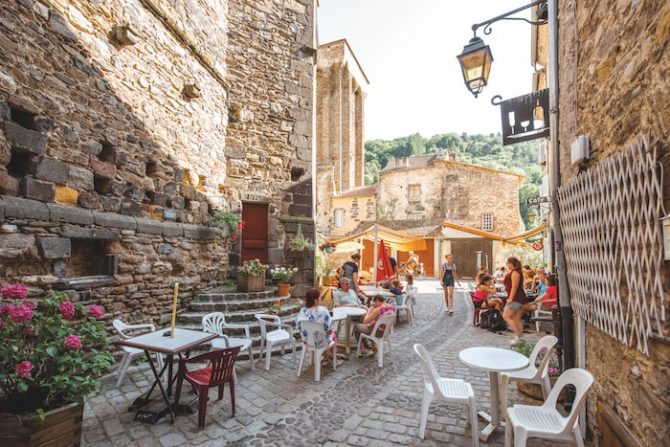 Our choice of must-see villages and towns in Auvergne

Related articles: Discover the Enchanting Villages of Auvergne
What to See and Do in Auvergne

One of four Plus Beaux Villages in Haute-Loire, it grew up around a 9th-century Benedictine abbey. The keep, towers and ramparts remain from the medieval castle, as well as half-timbered houses and sculpted doorways. tourismeblesle.fr/en 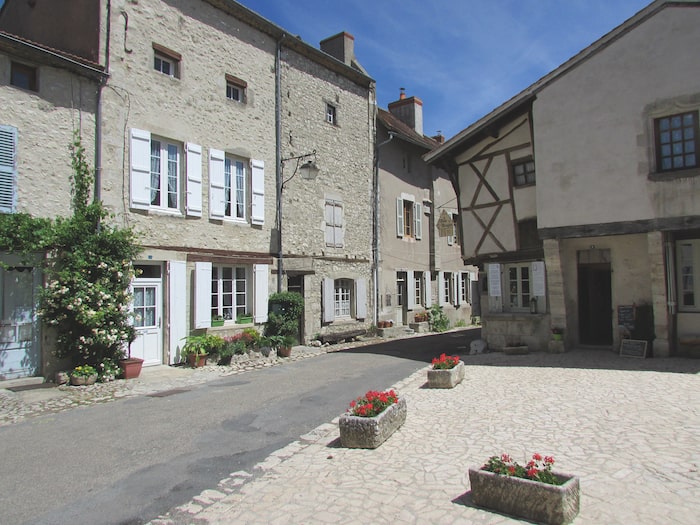 The only Plus Beau Village in Allier, it is famous for its mustard, which is used by many top chefs and exported abroad. It also boasts a museum of local history, festivals throughout the year, a bustling Christmas market and many interesting shops. valdesioule.com 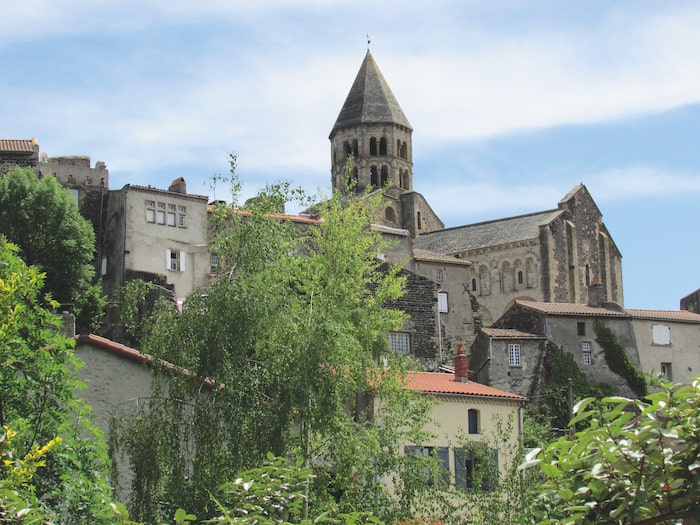 A maze of winding streets with a hilltop church, its substantial château was once visited by Renaissance royalty and is now a guesthouse. Nearby Chadrat is a former wine-growing hamlet with ochre stone houses, red roofs and fountains. saint-saturnin63.fr 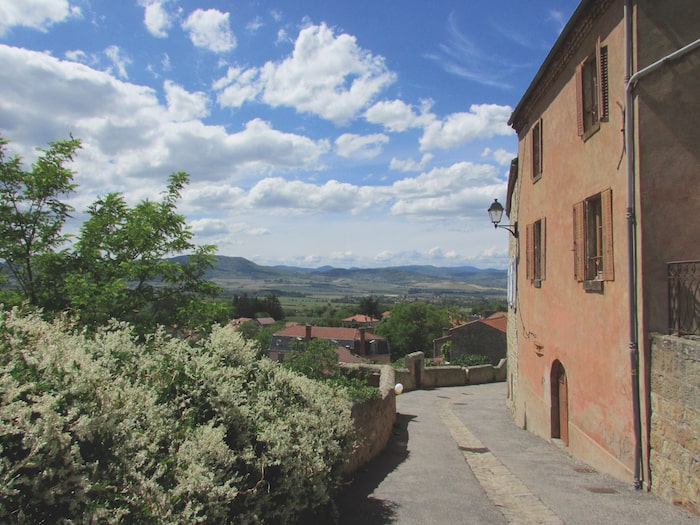 This Plus Beau Village in Puy-de-Dôme was built from the local arkose sandstone in shades of ochre and blond and its many fine houses belonged to wealthy winemakers. There’s a panoramic view from the platform on top of the keep. issoire-tourisme.com 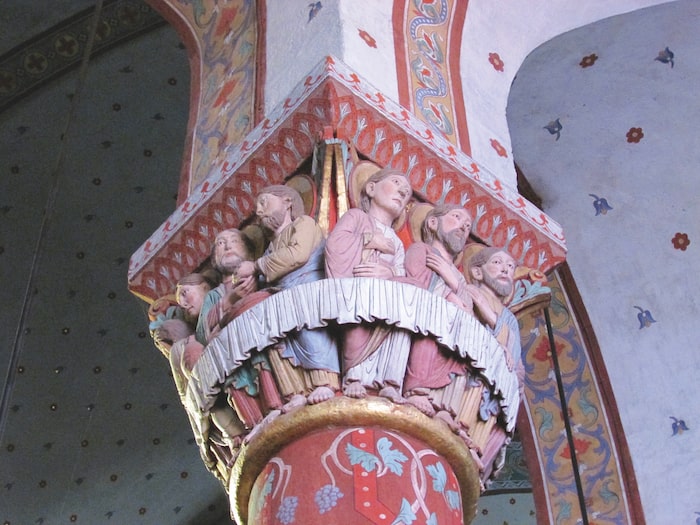 Situated at the confluence of the Allier and the Couze Pavin rivers, 25 minutes south of Clermont-Ferrand and with 15,000 inhabitants, check out Saint-Austremoine Romanesque church, the Saturday morning market, and Hauterive Castle. issoire-tourisme.com 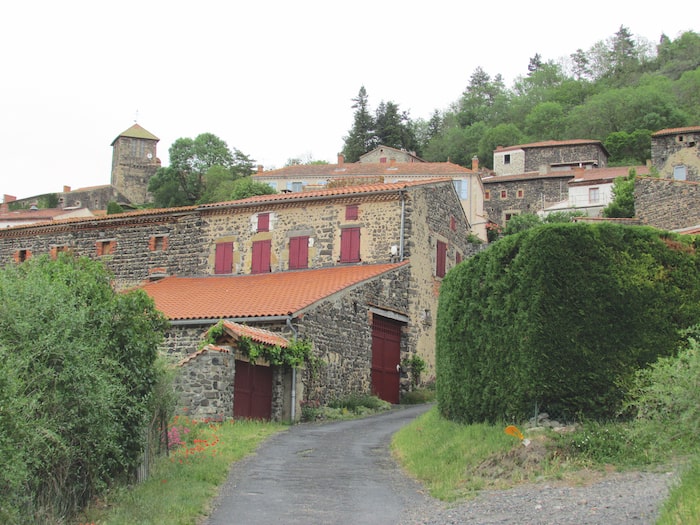 The second of Puy-de-Dôme’s two Plus Beaux Villages, Usson is situated on a volcanic summit in the Livradois-Forez Regional Nature Park. La Reine Margot was exiled for 19 years to the château, which was subsequently destroyed by Richelieu. issoire-tourisme.com 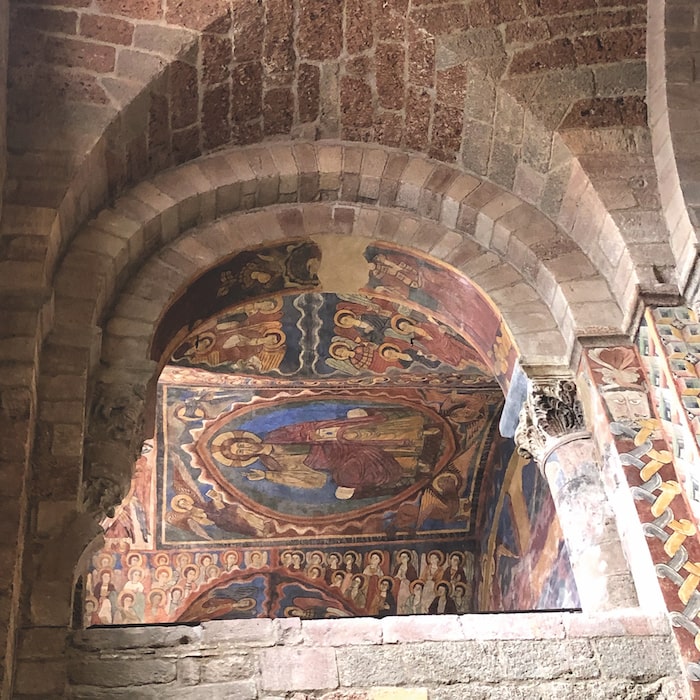 The highlight of this small town of 7,000 inhabitants in the Allier valley is Basilica Saint-Julien with its multi-coloured stones and wall paintings, but also be sure to explore the surrounding streets fringed with fine houses of different periods. ot-brioude.fr 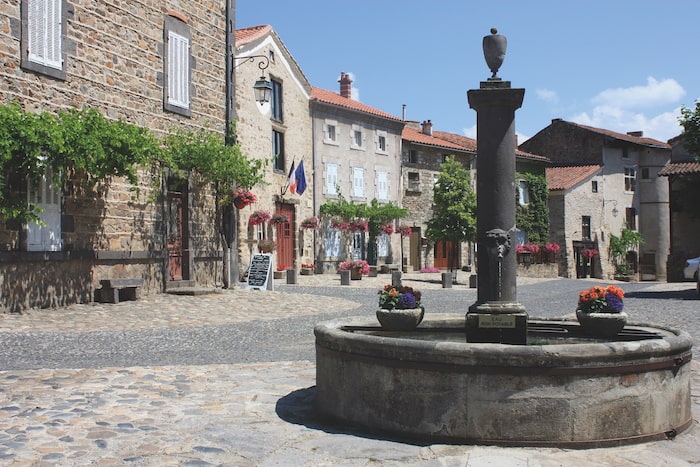 The foundation of a Benedictine abbey in the Middle Ages turned the valley of the Senouire into ‘La Vallée de Dieu’, from which the village takes its name. It’s the best known of the quartet of Plus Beaux Villages in Haute-Loire and well worth a visit. abbayedelavaudieu.fr 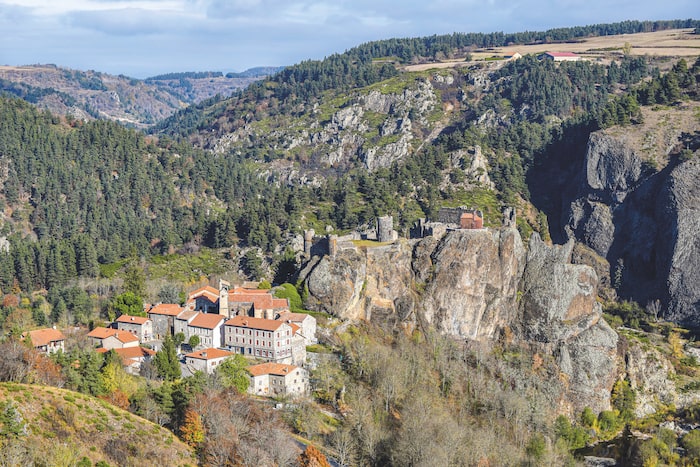 Prepare to be dazzled by your dramatic first view of this Plus Beau Village from a bend in the road. The ruined castle on a volcanic outcrop stands tucked in a bend of the Loire and is the closest castle to the source on Mont Gerbier du Jonc. gorges-allier.com 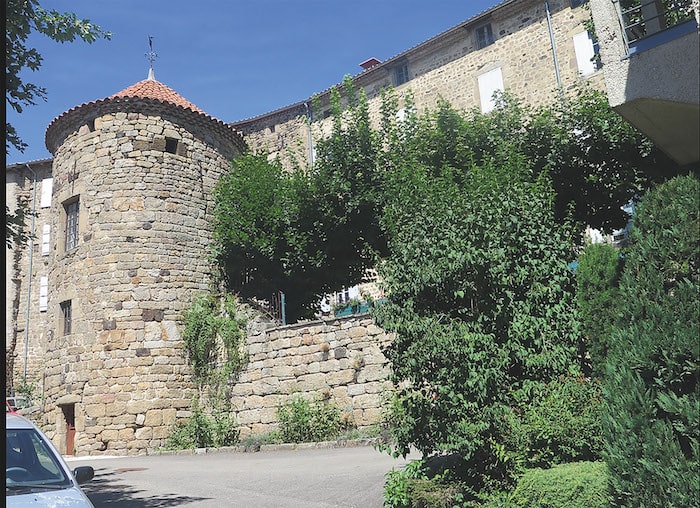 A Plus Beau Village in the breath-taking Allier gorges, Pradelles is on the ancient trade route to Languedoc as well as the pilgrims’ route from Le Puy-en-Velay. Close to the border with Ardèche, it also marks the start of the 15km vélo-rail route. gorges-allier.com 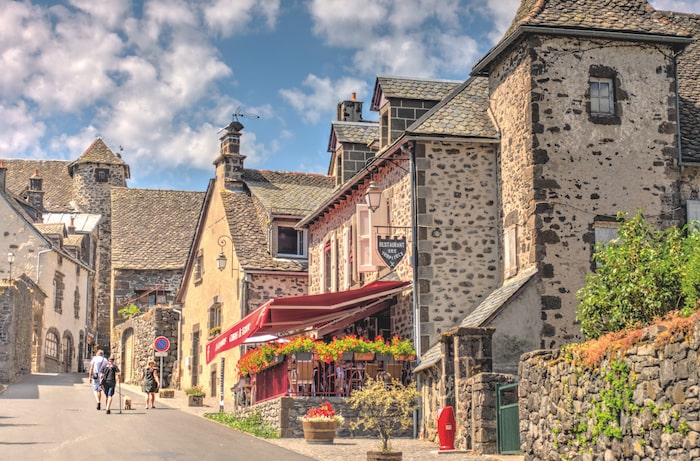 At an altitude of 950m in the Volcans d’Auvergne Regional Nature Park, this 16th-century Plus Beau Village is all turreted houses and grand mansions built from volcanic rock. Five 17th-century Aubusson tapestries can be found in the church of Saint-Mathieu. salers-tourisme.fr

Typical Cantal architecture abounds in the 14th- and 15th-century houses of this Plus Beau Village, which grew up beside the magnificent Château d’Anjony, which, with its handsome square courtyard and four towers, is a classified monument historique. salers-tourisme.fr

More in plus beux village