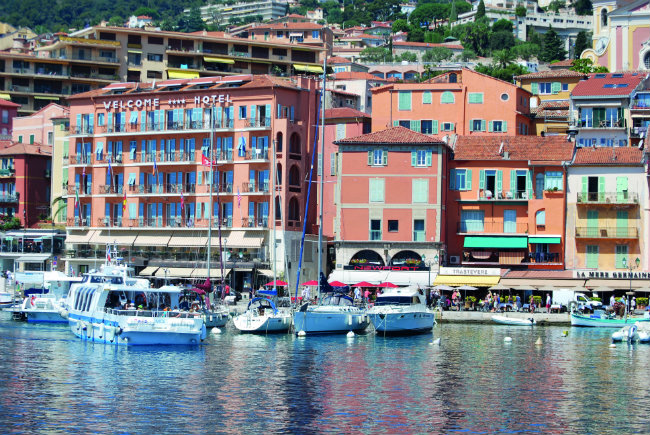 By foot, boat or car there are many secret spots to discover on the Côte d’Azur. Swerve the crowds for a deeper appreciation of this glorious coastal region, says Justin Postlethwaite

The spectacular drive east out of Nice to nearby Villefranche-sur-Mer and then on to Beaulieu-sur-Mer, Monaco and Menton, is beyond praise. Take the basse corniche (lower cliff road) for sea-level eye candy at every turn, or the higher moyenne corniche for a bird’s eye view of the glistening Côte d’Azur and the villages laid out below. But for an entirely different perspective, as well as intriguing snippets of local history, there’s only one thing for it: a boat cruise, complete with a miked-up, tale-telling skipper, out of Nice’s bijou port. 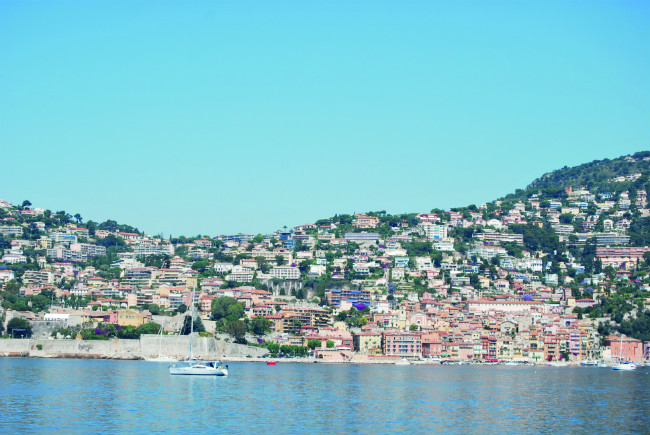 After finding your spot onboard (a seat on the edge is best) and securing your sun hat against the frisky Med breeze, look out for the city’s war memorial on your right. The white, arched Monument aux Morts de Rauba-Capeù is 32 metres high and was completed in 1927 in memory of 3,665 Niçois who perished in World War I. Later, the names of Nice’s fallen from World War II, Indochina and Algeria were added. Carved into the stone on a former quarry site at the foot of the Colline du Château, it could not be in closer harmony with the land that nurtured its brave combatants. 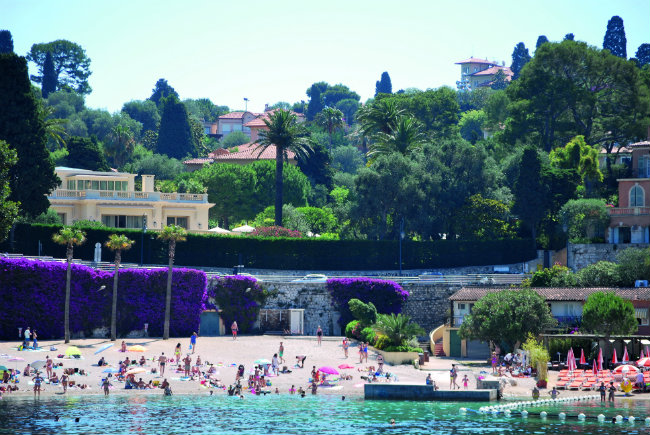 The beach at St Jean as seen from the boat tour. Photo: Justin Postlethwaite

The tone lightens as the boat makes its way around the Cap de Nice into the Rade de Villefranche (Villefranche Bay). Your humorous host points out a few of the mind-blowingly expensive homes perched on the hillside, name-checking their rich and famous owners, as well as some of the gorgeous port’s links to rock and roll and cinema history (mild spoilers: James Bond and The Rolling Stones are involved). The Welcome Hotel portside gets a nod too – a seafront hotel could hardly be more enticing. 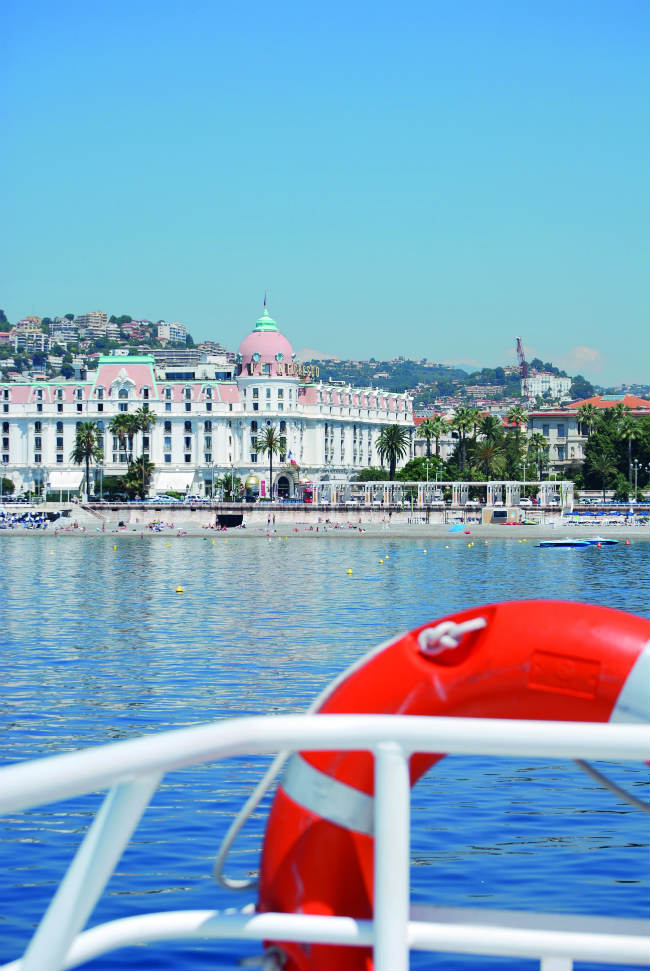 The Hotel Negresco as seen from the boat. Photo: Justin Postlethwaite

On the Saint-Jean-Cap-Ferrat side you might spot Villa Leopolda – current price guide €500 million. A Russian billionaire apparently lost his €39 million deposit after pulling out of a purchase in 2008, so do be sure of your intentions before tabling an offer.

The return trip to Nice sweeps along the promenade for Negresco-spotting and photo opportunities. Book this one-hour Promenade Côtière tour with Trans Côte d’Azur, departing every day at 11am and 5pm from April to October, except Mondays. It costs just €18 each for adults. Websites: www.trans-cote-azur.com http://en.nicetourisme.com 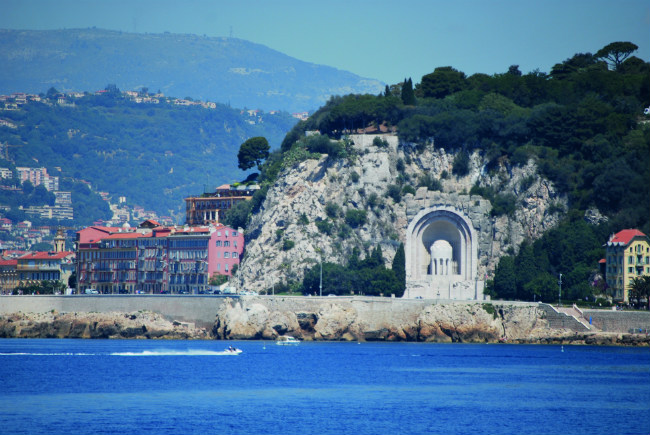 On the Cocteau Trail

The Riviera is replete with museums and galleries dedicated to elite names from the art world. But look beyond the heaviest hitters like Matisse, Chagall and Picasso and you’ll find fascinating sites to remind us of other creative genius’s regional links.

Take Jean Cocteau, the avant-garde polymath who spent many of his later years in the region, before his death in 1963. As well as the huge collection of his works displayed in Menton’s behemoth, Rudy Ricciotti-designed museum by the sea (collected by the fabulously-monikered Belgian Séverin Wunderman), two unique places merit a visit. 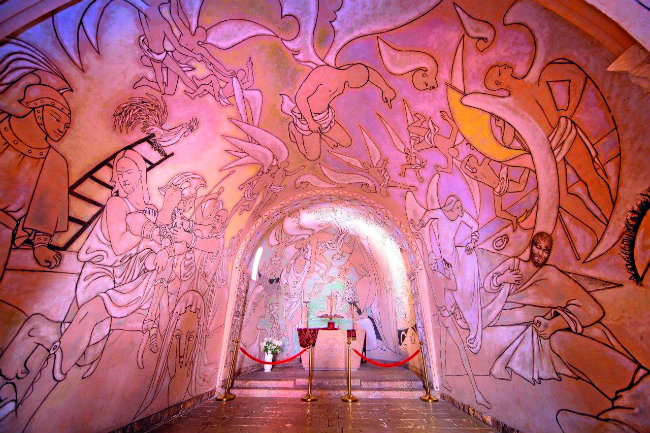 In the same town, head to the Hôtel de Ville, where in 1957-58 Cocteau was given carte blanche by the mayor to decorate the town’s salle des mariages (registry office). He certainly did not hold back, transforming a hitherto formal space into a poetically charged and racy homage to human union. The red velour seating, leopard print carpet and iron uplights bring more than a hint of boudoir, while the sweeping murals on the walls and ceiling, interweaving local folklore and Greek mythology, bring the romance and spirit. It makes for an eye-popping place to exchange vows. For the non-nuptially inclined, there is an audio guided visit for just €2.

Cocteau brings yet more artistic flourish to an equally expected space in Villefranche-sur-Mer. He first visited the tiny fishing village in 1924 following the passing of his companion, Raymond Radiguet. 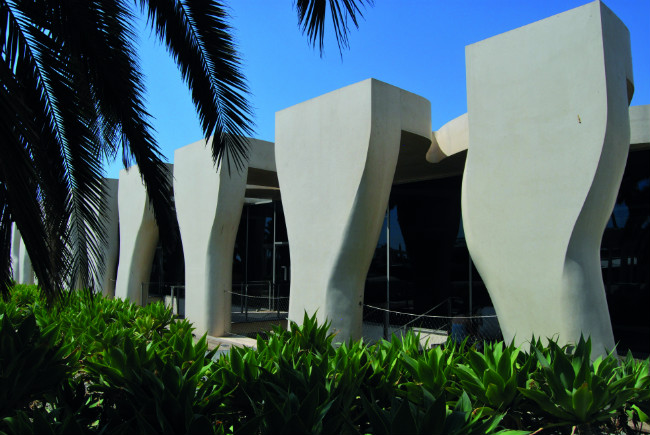 Right by the aforementioned cute port, where self-catering visitors can stock up on fresh fish straight from the boat, is the tiny Chapelle Saint-Pierre. The façade, interior walls, even the altarpieces and door of this 14th-century fishermen’s chapel, were conceived and decorated by Cocteau in 1957 as a gift to his fishermen friends (it is still owned by the Prud’Homies de Pêcheurs). Despite funding troubles, he completed it within a year, aided by local craftsmen. Cocteau’s rare religious spruce-up includes five scenes played out in exquisite murals – two depicting Mediterranean life and three about the life of St Peter, patron saint of fishermen. Fix the images in your mind’s eye – no photography is allowed inside. Websites: www.tourisme-menton.fr www.tourisme-villefranche-sur-mer.com 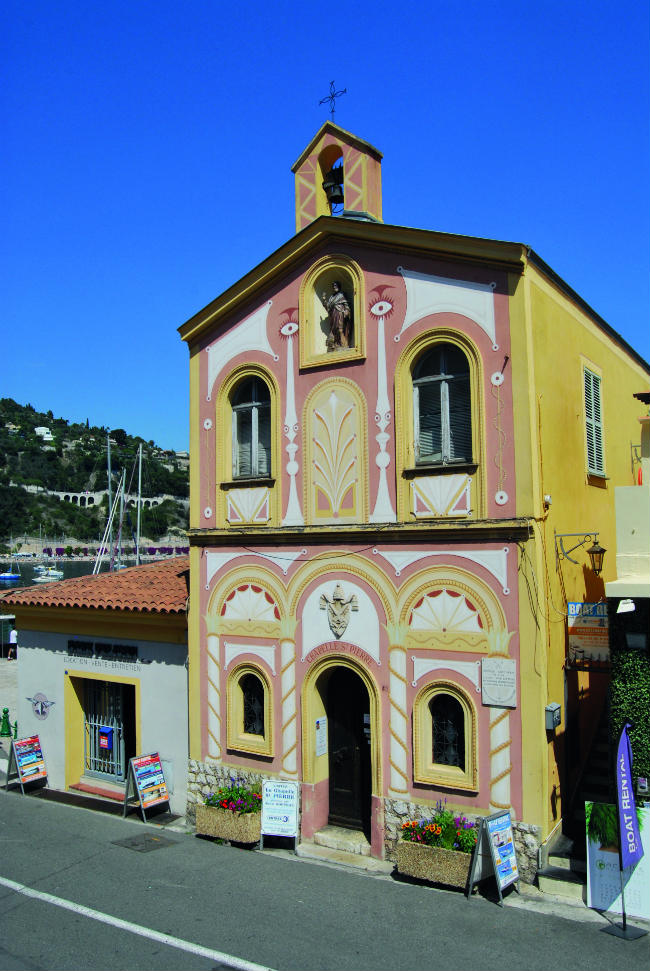 One for the Trophy Hunters

Important victories by the Roman army were marked by the construction of giant memorials, or trophies, which were often decorated with cultural ornaments from the conquered opponent. High above Monaco in the commune of La Turbie, and visible from afar (as per its intention), is the imposing and remarkably intact Trophy of Augustus (also known as the Victory Monument for the Alps). Built in 6BC in honour of Caesar’s grand-nephew, who had defeated 45 Alpine tribes by 14BC, it sits on the highest point of the Via Giulia Augusta that connected Piacenza to Arles.

It has since been in the wars itself. In 1705 it was dismantled and some of its sculpted fragments used in local building work, including the nearby Saint-Michel church. By the 19th century it served as a quarry, before being classed as a historic monument in 1860. The mayor from 1912 to 1925 was Philippe Casimir, who dedicated his life to restoring the memorial, with financial help from wealthy American businessman Edward Tuck. 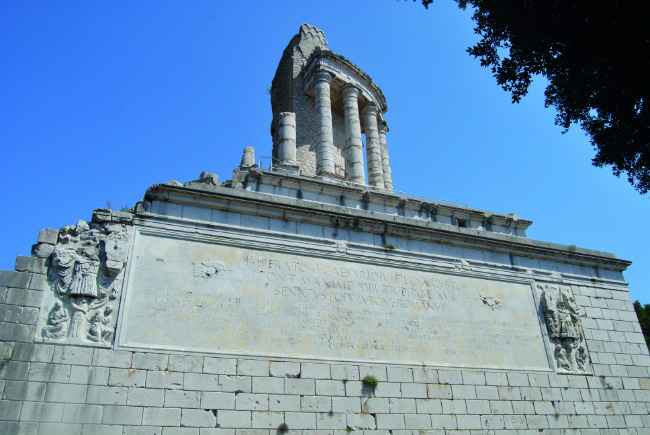 Marvel at the scale of it from ground level before climbing the 35 metres to the top – the views, both inland and out to see, are imperious. In the small museum inside the monument you can see models depicting its original appearance, which would have included a large statue to the victorious leader, with his generals shown in niches around the central podium. It costs €6 to visit. Website: www.trophee-auguste.fr

In Menton, climb up the narrow, characterful little streets chock-full of Italianate homes to reach the cemetery of the old castle. Here, in 1958, a local rugby player made a remarkable discovery: hidden among the tombstones of Napoleonic war casualties, in the ramshackle graveyard, he spotted the name William Webb-Ellis.

The boy who ‘picked up the ball and ran with it’ while at Rugby School in Warwickshire, England – thereby inadvertently inventing rugby – had enjoyed, like many of his countrymen, his autumn years in the sunny south of France. And the clergyman died here in 1872. For anyone who loves the oval ball game, his grave is a place of pilgrimage. Today, surprisingly so for a town closely associated with flowers, it is one of the few graves where blooms are regularly left. This splash of colour, plus a statue of the running boy at the entrance, make it easy to track down for those seeking to pay their respects. Website: www.tourisme-menton.fr 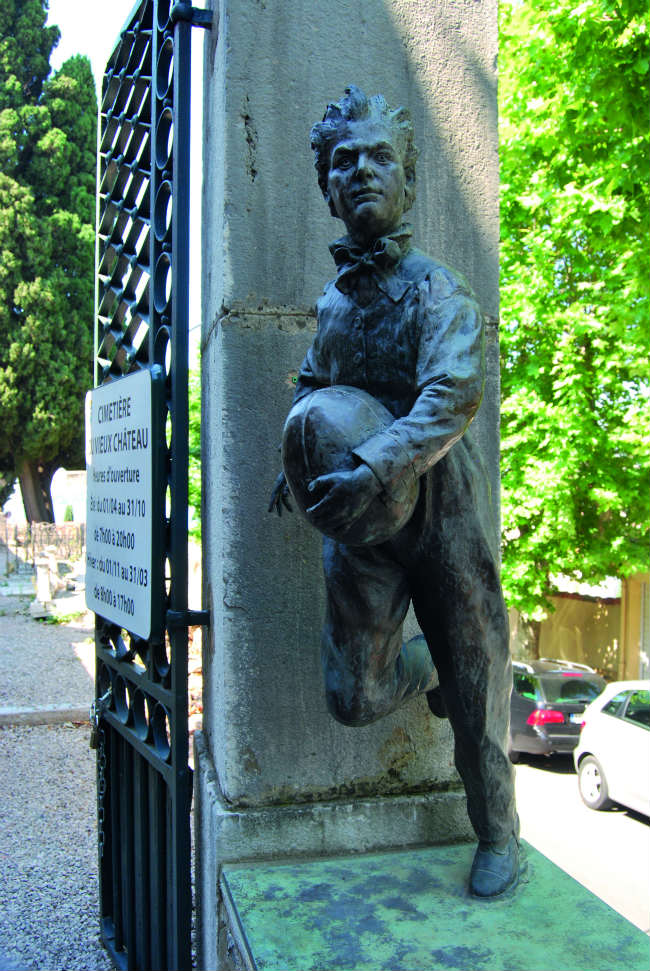 The Height of Romance

The 14th-century Château de la Napoule in Mandelieu-La Napoule hugs the sea, has a wonderful terrace for lunch and fine gardens to explore. It also happens to feature one of the most romantic stories you will find on the Riviera.

American artist Henry Clews and his wife, Marie, bought the ruined medieval fortress in 1919 and spent 17 years remodelling it with a unique, if eccentric, vision. Henry’s capitals, sculpted in red Estérel rock, and bronze statues are seen throughout and you can visit his perfectly preserved studio, complete with tools and busts. The château today serves as a cultural centre, the Clews Centre for the Arts.

However, it is the couple’s love story that leaves the biggest impression. In the Jardin des Amoureux stands the Tower of La Mancha, which has a secret room at the top. Henry planned it so that he and his wife could be buried opposite each other at the bottom of the tower and their souls could meet every day in the locked room at the top. No wonder the garden is so popular for (luxury) wedding parties. The price of entry is a mere €6. Website: www.chateau-lanapoule.com 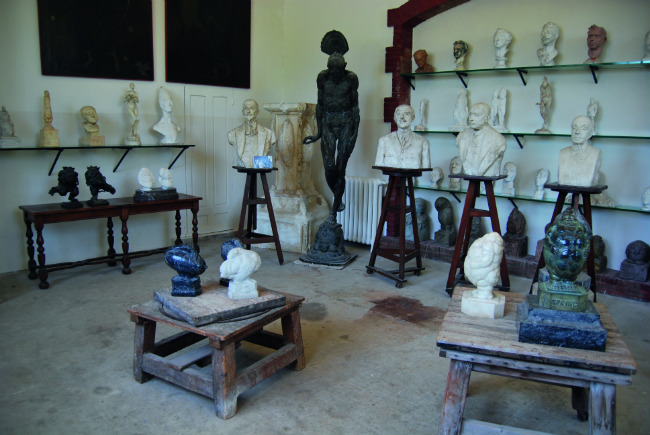 Colours of the Corniche

Head east out of Mandelieu-La Napoule, perhaps stopping for lunch in the lovely seaside town of Théoule-sur-Mer, and the winding coastal road, the D6098/D559 opens up beautifully for a roof-down drive, with few man-made distractions along the way; except Pierre Cardin’s extraordinary ‘bubble house’ and the ultra-chic Tiara Miramar Beach Hôtel. 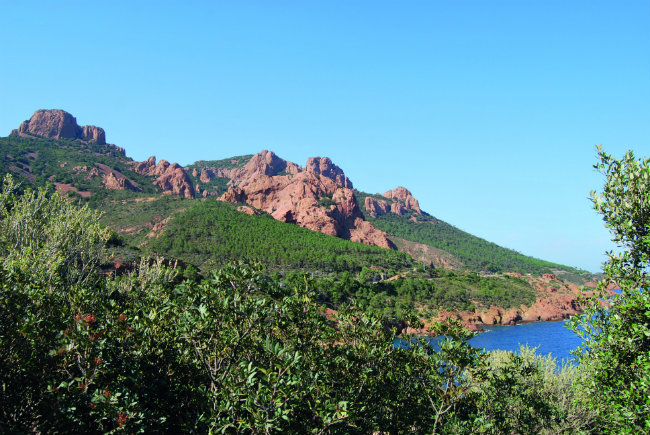 However, drivers are warned to remain absolutely vigilant, lest the captivating natural views set the mind wandering. To your left, the vertiginous drop to the twinkling sea is enough to catch the eye. But to the right, an equally jaw-dropping backdrop develops. This is the Corniche d’Or (Golden Corniche), sometimes called the Corniche de L’Estérel, that runs to Saint-Raphaël. It was created in 1903 by the Touring Club de France, a social club with seemingly impeccable taste dedicated to travel. 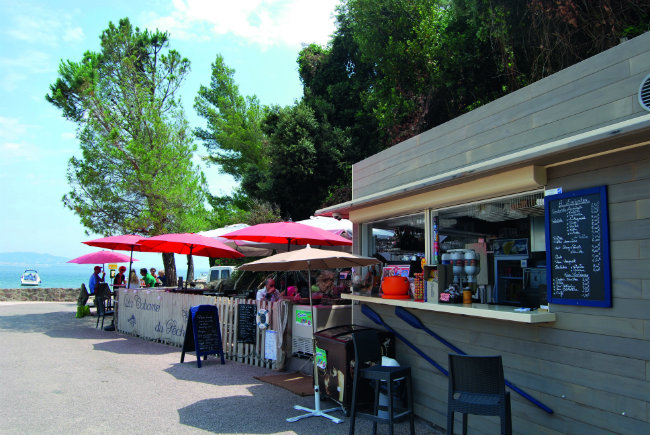 The reddish rocks of the Massif de l’Estérel, lush green vegetation and cobalt sky vie for your attention
– so it’s best to stop at one of the vues panoramiques to take it all in. Or, if you have more time, sneak down onto one of the sandy coves below for a memorable day at the beach. The local tourist board has plenty of tips for this, as well as walking and cycling routes. Website: www.esterel-cotedazur.com/littoral-var/corniche-dor-saint-raphael

For a gentle roam with a view, and to experience the wild, natural side of the Riviera just a galet’s throw from the more clichéd glamorous environs, take a circuitous stroll around the Saint-Jean-Cap-Ferrat headland. It provides the perfect antidote to the crowded terraces and packed beaches elsewhere: this peaceful promontory offers discreet charm and eschews the bling of Cannes and Saint-Tropez.

Avoiding the frazzling midday sun in high season (sundown is the perfect time), wander from the compact village centre, past the port and its clutch of restaurants and head up towards the coastal path. This southern tip is unspoilt and windswept and provides tantalising glimpses beyond locked garden gates to some of the most exclusive properties in the world. You can do the complete semi-circle in about 40 minutes, unless you cut into the middle of the headland to view Chapelle Saint-Hospice with its 11-metre Madonna and Child statue in bronze. The best bit about the walk? It’s free, of course. Website: www.saintjeancapferrat-tourisme.fr 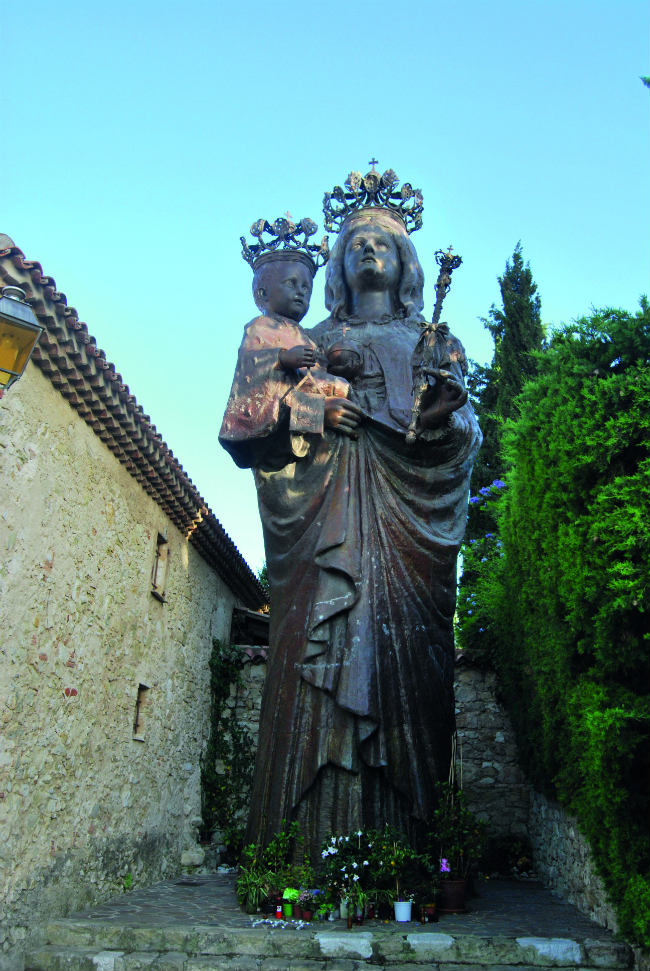 For the Little Black Book

When booking a table for lunch on the Riviera, nailing the ideal combination of milieu and top-notch cuisine is paramount. Why not pop into Cannes for some boutique browsing and Croisette promenading before heading to a light-filled dining room with splendid views? Under the guidance of Arnaud, the elegant but unshowy Seasens restaurant at the five-star Five Seas Hotel takes some beating. This fifth-floor, tranquil hideaway presents refined, seasonal-centric dishes and unfussy, assured service. Ask for a table with port view! 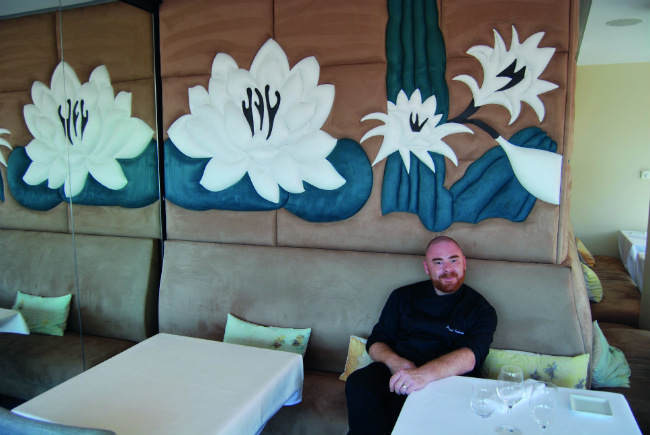 Other eateries in eye-catching environs are The Mirazur above Menton, chef Mauro Colagreco’s swanky home of haute cuisine was voted the sixth best restaurant in the world; La Cabane du Pêcheur, a charming open-air beachside fish restaurant in Théoule-sur-Mer; and Restaurant Jan in Nice. South African chef Jan Hendrik got his first Michelin star in 2016. His re-imagined classic French food with clever Afrikaans twists is one thing, but the warmth of the atmosphere and stylish-yet-homely salle put it in a different league. Websites: http://fiveseashotel.com/brasserie-seasens www.mirazur.fr www.janhendrik.com

See www.frenchriviera-tourism.com for accommodation, events and more places to visit on the Côte d’Azur 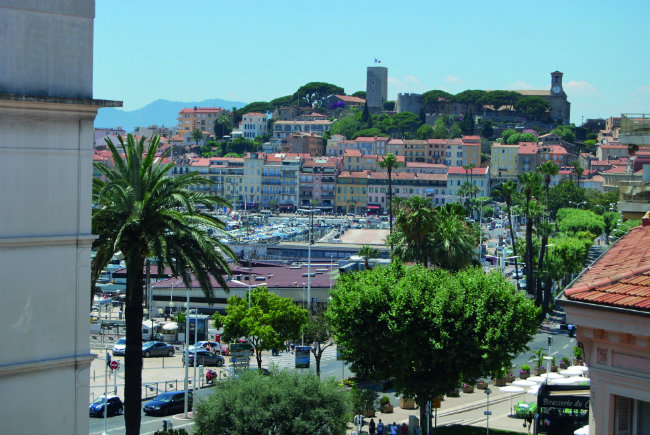 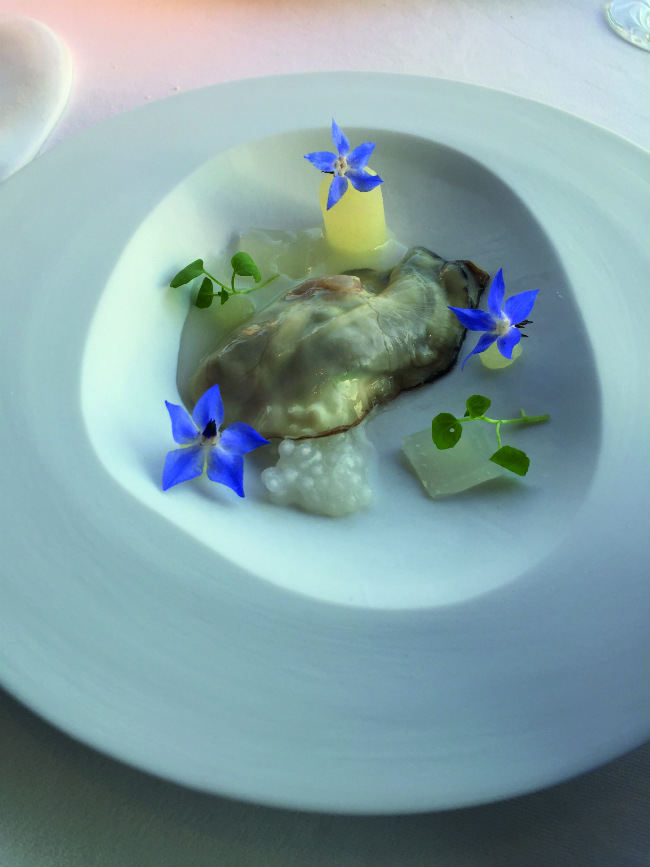