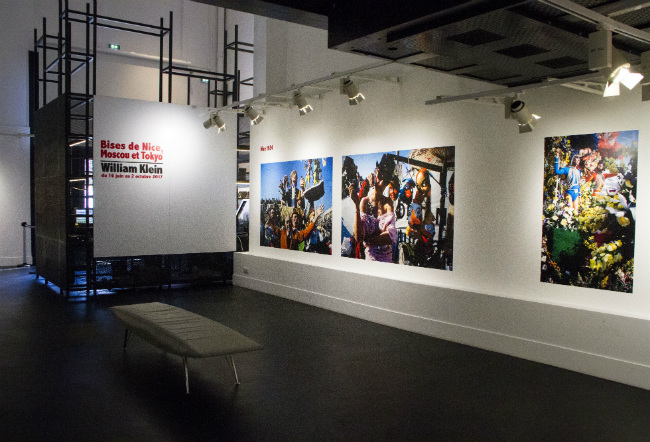 The Musée de la Photographie Charles Négre, newly located just off the Cours Saleya market in Nice’s Old Town, is currently hosting an exhibit of work by 89-year-old, and still very much active, American-French photographer William Klein, whose stark and powerful images have graced museums and galleries throughout the world for decades. 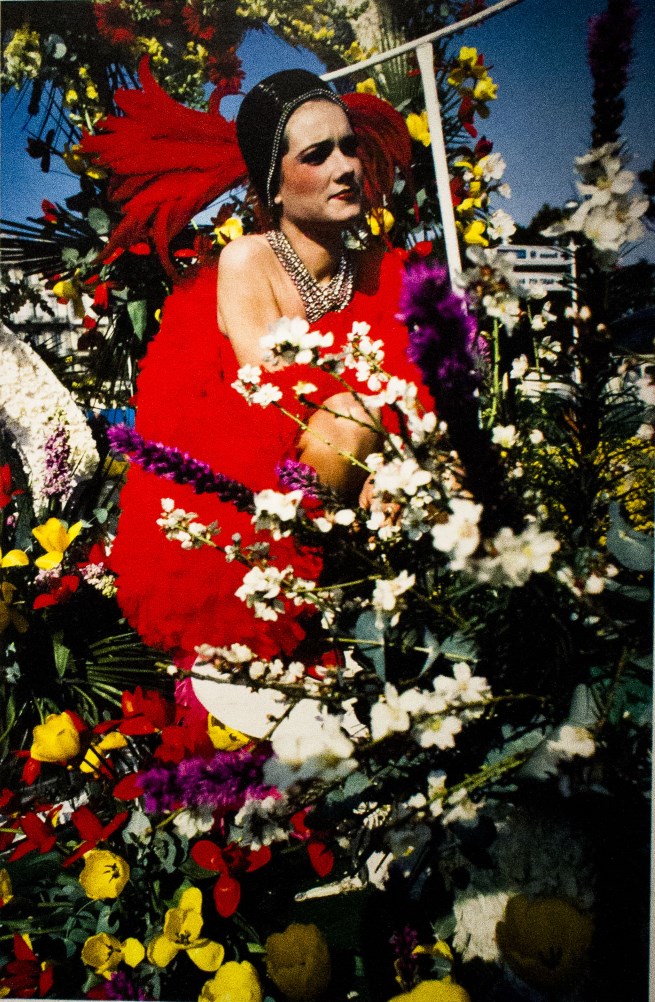 Known as a “street photographer,” Klein’s work was not always accepted by the renowned photographers of his day, breaking too many of the rules of “good photography.” His images of New York, for example, were too gritty, critics said; he interacted too much with his subjects; his photographs were partly out of focus.

But Klein didn’t care for the rules. “In photography, I was interested in letting the machine loose, in taking risks, exploring the possibilities of film, paper, printing in different ways, playing with exposures, with composition and accidents. Its all part of what an image can be, which is anything. Good pictures, bad pictures—why not?”

He uses a wide angle lens much of the time because he wants to get up close to his subjects:

“I need the wide-angle to get a lot of things into the frame. Take the picture of May Day in Moscow. With a 50mm jammed between the parade and the side-walk, I would have been able to frame only the old lady in the middle. But what I wanted was the whole group – the tartars, the Armenians, Ukranians, Russians, an image of empire surrounding one old lady on a sidewalk as a parade goes by. 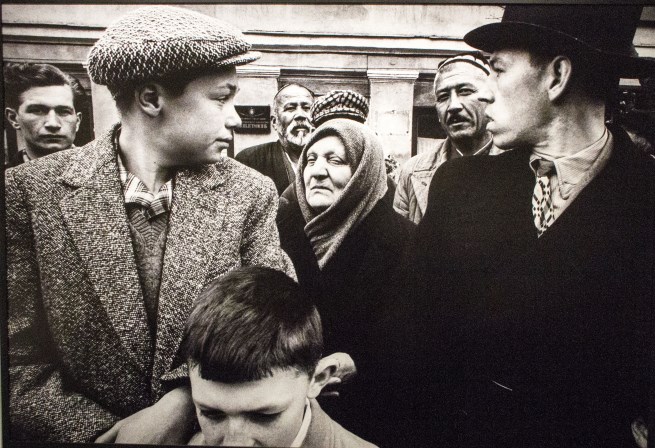 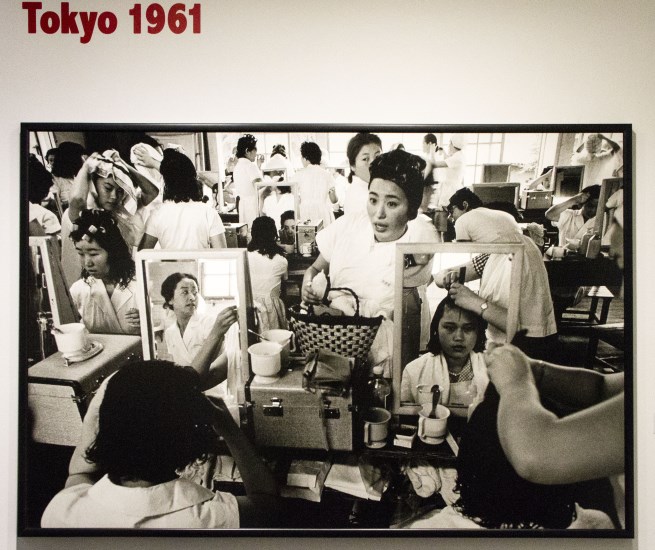 An image from Klein’s Tokyo series, captured at the exhibition by Mary Kay Seales

I found Klein’s work raw, real and powerful, and was happy to discover it.

The museum itself is lovely, with two adjacent spaces (you need to exit and re-enter next door); one is for hosting temporary exhibits, and the other for permanent collections. Also worth seeing – at the time of this writing, the second gallery was presenting black and white images of historic Nice. 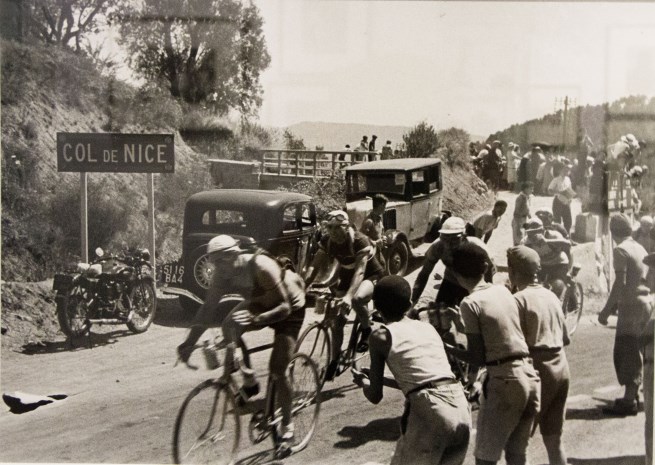 Tickets are 10 Euros, and since your ticket to this museum acts as a museum pass for 24 hours, you may want to take in another nearby museum, such as the Musée Lascaris on Rue Droite.

Hidden on one of Old Town’s narrow streets is the historic home of the Lascaris-Vintimille royal family. This lush palace was inhabited by the family until the 1800s, when the Old town of Nice fell into disarray. It wasn’t reopened to the public as a museum until 1970. 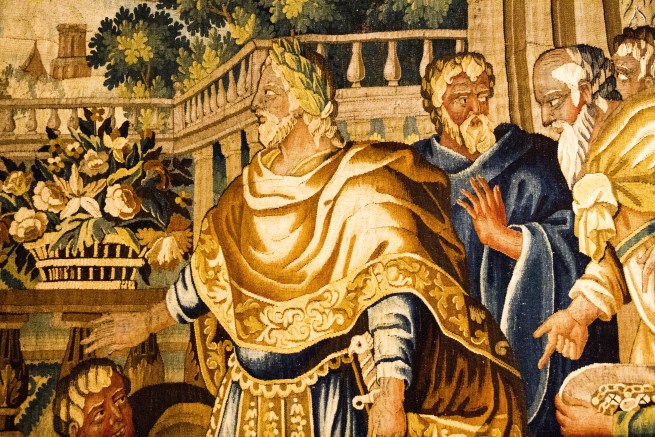 It is now is home to an incredible collection of musical instruments, as well as paintings, murals, ornate furniture and tapestries. Just walking through the building with its ornate statues and painted ceilings is a treat. Such a treasure and so well-hidden. I’ve walked by the door to this museum many times without taking a second look.

The Palais Lascaris instrument collection, not connected to the Lascaris family, consists of over 500 harps, violins, harpsichords, clarinets and other stringed and wind instruments. It was partly donated to the city of Nice by the family of Monsieur Antoine Gautier. 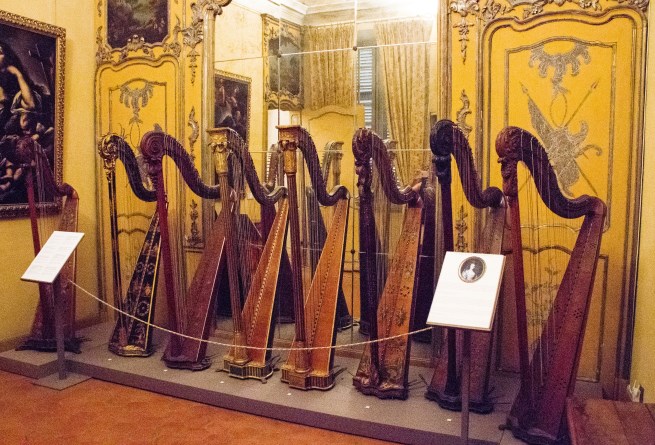 Gautier, born in 1825, was a serious amateur musician who gathered his own musical group in a highly regarded weekly salon musique in Nice. Before his death, he had collected 225 of the instruments of this collection, which has since been added to by the city of Nice. This is considered to be the second most important collection in France.

The museum also hosts free concerts each week by musicians using some of the baroque instruments such as a beautifully painted harpsichord. 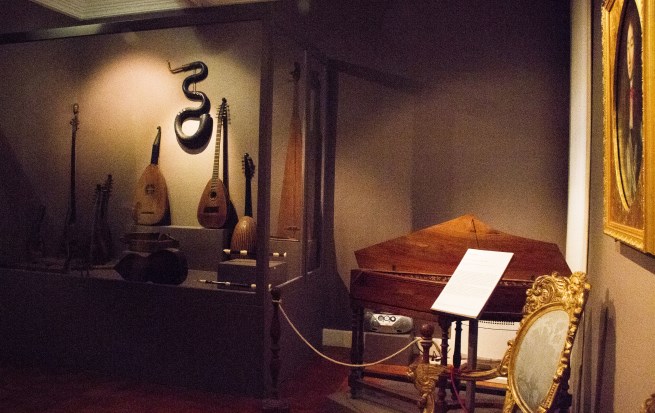 One day, two museums, or…

You can visit both museums in a day with the same pass for 10 Euros, which is a small price for a morning’s roam. Or, for 20 Euros, you can buy a week-long pass that will get you into these two museums as well as 12 other beautiful museums in Nice, including the Musée Matisse, overlooking the city of Nice, and nearby Musée Chagall (one of my favourite museums in France). Discounts are available for journalists, teachers, students and children under 18.

For more information about all the museums in Nice, and museum passes, go here: en.nicetourisme.com/Museum

Previous Article Le Récamier: A Must for Soufflés in Paris
Next Article Autumn in Paris: American Friends of Musée d’Orsay