Coco Chanel: The Life and Times of an Icon, Part II 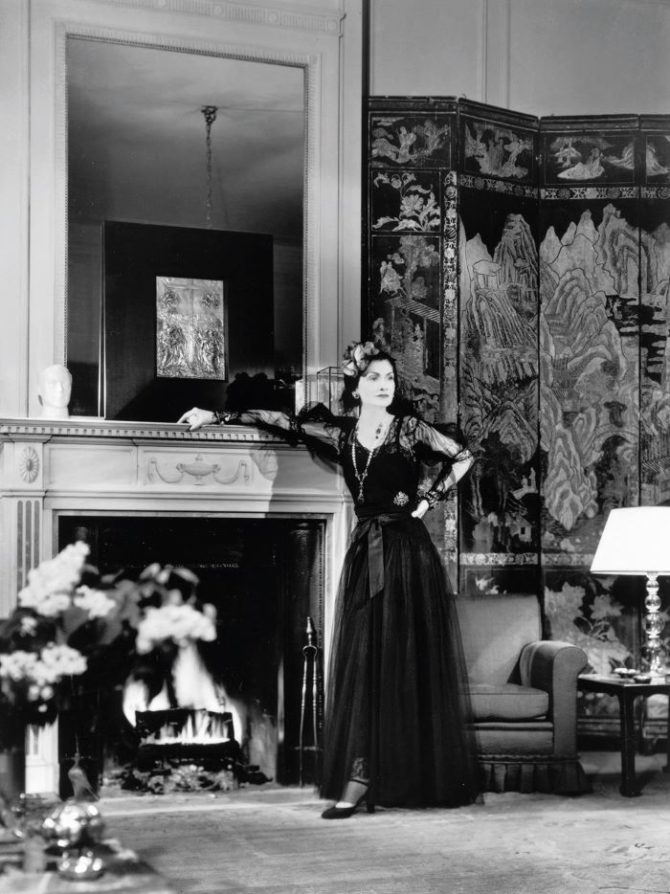 The Chanel story continues in the second article in a two-part series, as Chloe Govan reveals the rise and fall of the fashion icon turned wartime traitor in her final years… (Read the first article here.)

World War II had begun – and Gabrielle Chanel was unceremoniously ousted from her luxurious hotel suite at the Ritz. With the building – and the city – now occupied by German troops, she was forced to flee the hotel, abandon her apartment on rue Cambon and close every single one of her clothing stores, leaving a staggering 3,000 employees without a job.

If she wanted to remain safely in her homeland, she had only one choice left – to sleep with the enemy. After beginning an affair with an enemy soldier 13 years her junior, she was able to maintain her celebrity leverage and move back to the Ritz. Her lover’s connections also secured her nephew André’s release from a prisoner of war camp, where he had been languishing for the crime of patriotically protecting France – but his freedom came at an enormous personal cost. In return, she was compelled – some say coerced – to become a spy.

Equally controversially, she attempted to exploit Nazi laws allowing Jewish-owned assets to be seized to take full financial control of the Chanel perfume brand, which she had co-founded with businessman Pierre Wertheimer. Her original contract with him had entitled her to just ten per cent of the profits, as he was dealing with marketing, distribution and most other administration. But, by taking advantage of his wartime vulnerability, she stood poised to claim it all. 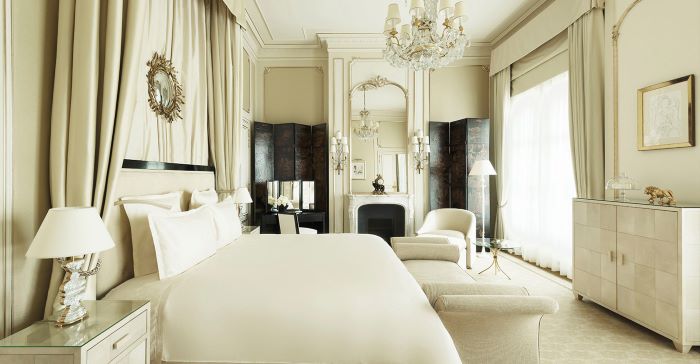 Little did she know that he had already signed over his businesses to a non-Jewish ally to escape Nazi extortion attempts before fleeing for New York. Anti-Semitic hatred, desperation or ruthless opportunistic crime? No one knows, but whatever her motives, the plan ultimately failed, and the Wertheimer family – with Pierre’s grandsons now boasting a net worth of almost €30bn – still maintain control of the brand to this day. Chanel’s work for SS intelligence officers was mostly shrouded in secrecy, but her most controversial known mission, Operation Modelhut (Model’s Hat), involved delivering details of a clandestine peace deal to her friend Winston Churchill on behalf of Hitler. As someone who had dallied with numerous royal, political and celebrity figures in her time, her influence and status as a trusted friend to them would be enormously valuable to the Nazis. Avoiding corruption was now near impossible – she would be a walking, talking manipulation tool.

Fellow socialite Vera Lombardi, who’d been entrusted to deliver the letter to Churchill, blew the whistle at the British Embassy, denouncing her as a Nazi sympathiser and spy – and Churchill never wrote back. Yet when peace finally did come – via German defeat – he saved Chanel’s skin, personally intervening to help grant her immunity from questioning on war crimes. Pierre Wertheimer also showed astonishing post-war loyalty by reinstating their business deal.

Alas, while they might have forgiven her, the public certainly had not. Regarding her as a symbol of their beloved country’s oppression, Parisians declared her a traitor; both anti-Semitic and anti-French. Fleeing those who threatened to boycott her brand, Chanel was forced to do something she had managed to avoid in the war era – abandon France. Crossing the border to politically neutral Switzerland, she remained in exile for almost a decade. 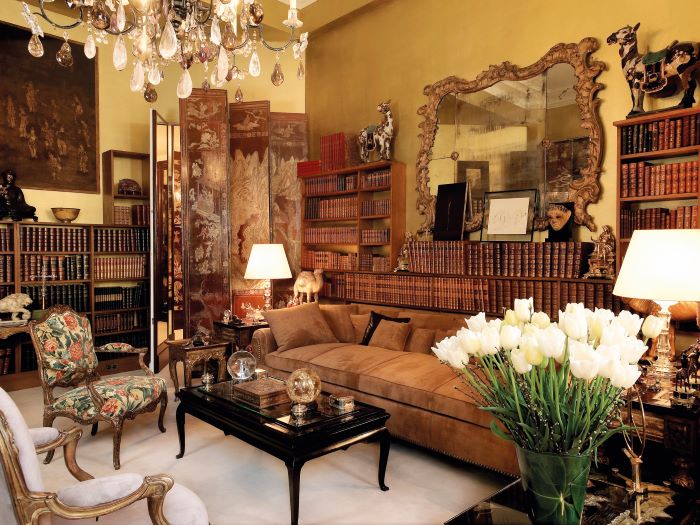 In 1954, she finally returned, but the fashion world as she’d known it had changed forever. Now that one war was over, one of a different kind had emerged – that of style – and Christian Dior became her arch rival with his New Look. Chanel howled in indignation at the sight of her competitor’s lung-squeezing, logic-defying corsets and outrageously impractical bouffant skirts. Her eyebrows raised to the ceiling at the sight of petticoats so wide that their wearers could scarcely fit through doorways. To her, these styles caricatured femininity and undid all the efforts she had made to instil values of feminist empowerment. She had fought hard for women’s rights to wear trousers and for so-called ‘masculine’ styles to be normalised in their wardrobes. While her fight for wartime survival had divided her from her nation, which she could never have liberated, she had at least made history for liberating women – and in her eyes, the movement-restricting styles were a step backwards. In contrast, Dior was nonchalant. His retaliatory battle cry? “When hearts [are] light, mere fabric [will] not weigh the body down.”

AT ODDS WITH DIOR

He also enraged her with his extravagant fabric “wastage”, considered insensitively frivolous to some who still recalled the austerity of rations. For example, his designs sometimes required a monumental 25 yards of taffeta for a single mini dress. For Chanel, who’d been raised in poverty, it was offensive, but Dior, whose wealthy parents had once gifted him an entire art gallery as a reward for finishing school, struggled to relate. Chanel also reportedly believed that openly gay Dior despised women – even if only because he could not be one – and that his prejudice manifested itself in the fashion choices he made for them. Why, she asked, were women sacrificing female freedoms in pursuit of superficial and baseless beauty trends?

Yet she was outnumbered and outdated. Many women were clamouring for the new styles. In the roaring 20s, the tomboy look had reigned, but the post-war atmosphere was defiant and victorious and Dior fans led a rebellion against “boring” practicality. The comfortable, dependable styles they’d once coveted now brought back memories of times when war had forced them to be practical. Now that they had choices again, they were boasting that they no longer needed to be practical. Chanel did have some supporters, however. Additionally, hardliners lay in wait outside fashion shows brandishing placards that urged the public to “Burn Dior!” and a few physically attacked models, ripping couture clothing off their bodies in the streets. 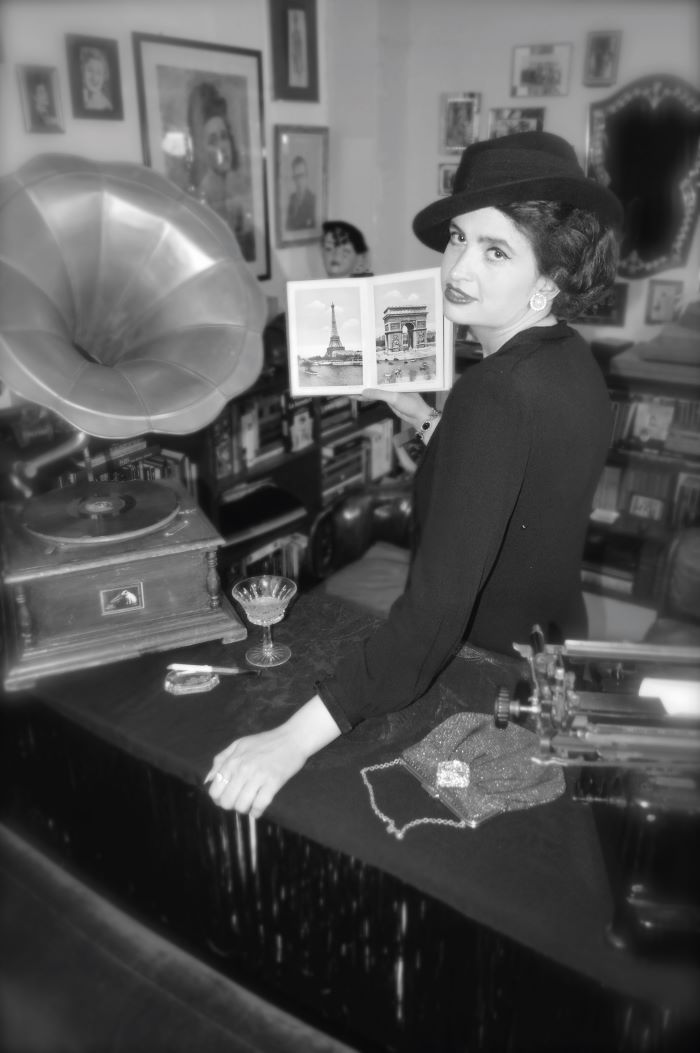 Chloe Govan poses as Chanel in a vintage photo shoot. © Geneviève at My Joli Coeur

Chanel also made macabre history in 1963 when America’s First Lady Jackie Kennedy wore a Chanel suit the day John F Kennedy was assassinated – although it was not in the brand’s trademark black, but neon pink.

Fashion trends rose and fell, but Chanel would never again experience the heights of popularity she’d enjoyed in the pre-war years. On January 10, 1971, she finally passed away in bed at the Ritz, telling her maid simply, “You see, this is how you die”.

The €15,000-plus per night hotel suite bearing her name might be out of the price range of most weekend breakers, but those wishing to follow in her footsteps in Paris can still carry out a fashion re-enactment with photographer Geneviève Thomas at My Joli Coeur. Specialising in retro shoots, she can help visitors re-enact characters from yesteryear. She scoured her client wardrobe to find a 100-year-old vintage dress for me to slip on, taking me back in time to the advent of the roaring 20s, when Chanel was a 30-something fashionista of the jazz age. No doubt her story will always stay alive.

Previous Article Le Dernier Mot: Cairns, A Monumental Problem
Next Article What to See and Do in Gers in 2021