Coco Chanel, The Life and Times of an Icon 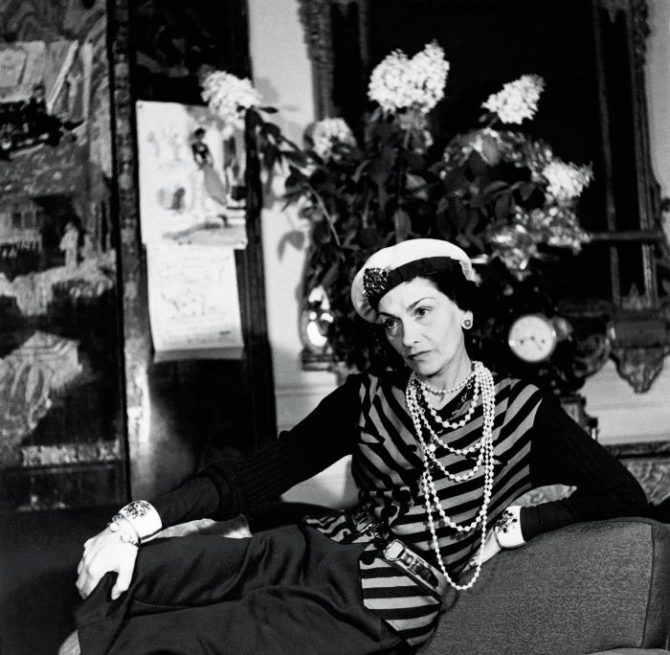 In the first of this two-part series, Chloe Govan explores Coco Chanel’s journey from an orphanage childhood of abject poverty to the founder of a classic, multimillion-euro fashion brand.

From a poorhouse in Saumur, to a Catholic orphanage in the Dordogne to a nightclub stage in Moulins, Coco Chanel’s life did not truly take off until she moved to the fashion capital of Paris. Here, she said goodbye to poverty and obscurity and proceeded to build the fashion brand that would place her among the wealthiest women in the world.

Undoubtedly, she suffered dark periods. Abandoned after the death of her mother by an indifferent and philandering father, she found herself in an orphanage run by cold-hearted nuns. She had days of clutching her rumbling stomach, on the brink of starvation, before she’d even entered her teens. She then went from convent to cabaret when she became a circus singer and performer for sometimes abusive crowds. Then later, of course, came the trauma of the Second World War, when the swastika was flaunted atop the Eiffel Tower and France was under siege – an era when Chanel felt compelled to consort with her country’s arch enemies in order to survive.

ONE OF THE BOYS

Yet sandwiched between these harrowing scenes were the golden years of a fashion icon in Paris. It began when her performances as a cabaret chanteuse caught the eye of Étienne Balsan, a wealthy textile business heir. In 1907 he whisked the 23-year-old to Château de Royallieu, his country abode near Paris – later an internment camp before being destroyed altogether in WWII – and the pair began an affair. He agreed to finance a millinery business venture and soon she’d commandeered his bachelor pad in the capital, turning one floor into a hat boutique.

In those days – unusually for a budding fashionista – Chanel defied convention and turned gender norms and “oppressive” expectations of elegance upside down. With an unapologetically short bob, a cigarette perpetually hanging from the corner of her mouth and masculine clothes designed purely for comfort, she catapulted her way into high society as “one of the boys”. Playing polo alongside Balsan and his male friends – then an unthinkable pursuit for a woman – Chanel cared not for traditional gender roles. Not only did she often dress exactly like her male lover, but she even modelled her hats on the polo helmets he donned. 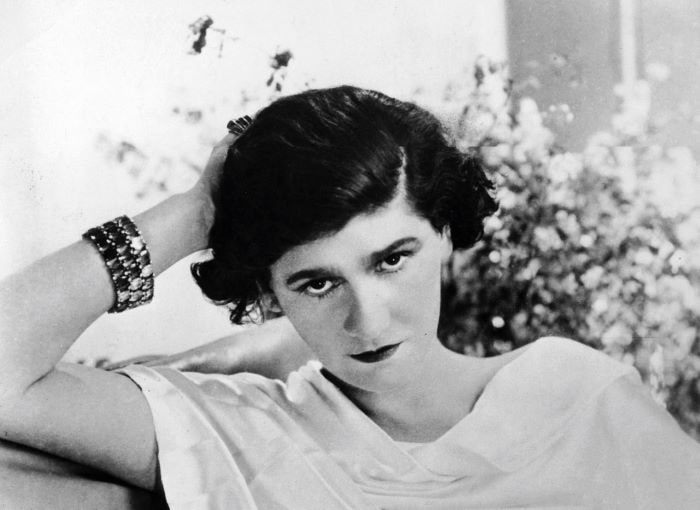 Later, she romanced his friend, British aristocrat Arthur Capel, and left Balsan to be with him. Balsan continued to bankroll and care for her, but she had fallen in love with another man – and he was equally mesmerised. In an era when many women were tied down with tightly strung corsets and weighty petticoats, it was refreshing for Capel to date a woman who dressed casually, doubling as a companion for sport or nights out on the town. She even wore men’s shirts and ties beside him. During the pair’s almost decade-long relationship, Capel financed further shops for her, including in Paris, Deauville and Biarritz. She was broken-hearted when the aristocrat, obliged to marry into a family of similar standing, left her for Lady Diana Wyndham. Although she outwardly appeared to move on, even flaunting relationships with Russian royalty, she never got over the “only” love of her life and, after his death in a car accident in 1919, she was inconsolable. Despite her grief, in a stroke of bittersweet synchronicity, this was the moment when her career truly took off. “Either I die as well,” she resolved, “or I finish what we started together.”

When it came to her fashion collections, Chanel read the rulebook, only to tear it up and break every single tradition in it. A pair of plain black trousers might seem ordinary, but au contraire – in the context of the era, they were edgy, rebellious and revolutionary. Since 1800, women had been banned by law from wearing trousers and, unbelievably, had to ask permission from the local police before they could step outside “dressing like men”. By the early 1900s a loophole was introduced, but only if “holding a bicycle handlebar or the reins of a horse” – so-called ‘masculine’ pursuits which were strongly discouraged in women anyway. Yet as a modern woman about town, Chanel needed to exercise in Paris, climb with ease into the gondolas of the Venice canals, or canter on her horse around the Loire Valley – and skirts would simply have got in the way. 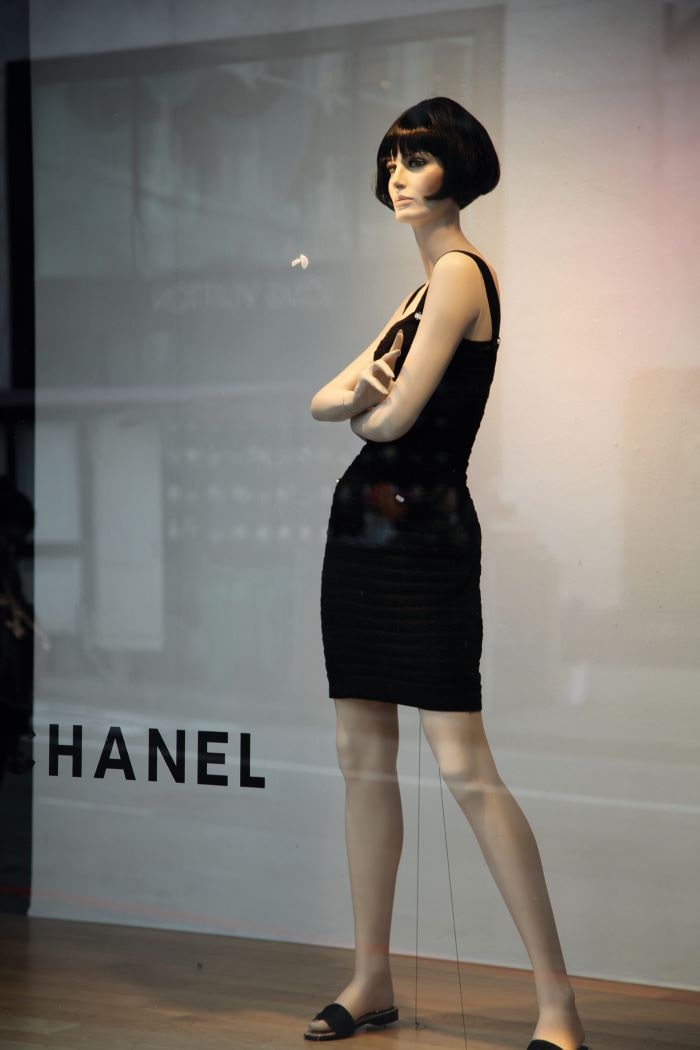 On more glamorous occasions, she favoured the ‘Little Black Dress’, introduced in the 1920s. Sneering at “ghastly” bright colours, she set about creating elegant basics in satin, velvet, wool and chenille. Ironically for a luxurious high-fashion brand, she took creative influence almost exclusively from the poverty-stricken convent she’d been raised in and its atmosphere of austerity. The nuns there only ever wore black or white, and this would inspire the now legendary all-black and monochromatic styles with which Chanel’s name became synonymous.

She also adopted the intertwined ‘CC’ – now the brand’s trademark logo – after being inspired by a design on the chapel windows at Aubazine Abbey, where she’d lived.

She made clothes from jersey, which had previously been solely used for men’s underwear. She chose it partly for practicality and comfort, but also because it was so cheap to buy in bulk. She had feminist motivations, transforming women’s fashion by providing practical clothing for freedom of movement.

However, some believe she was also taking revenge on the upper classes by humorously placing a high price tag on traditionally cheap fabrics. At the least, she probably chuckled wryly at how the wealthy were coveting out of choice the low-cost items the poor used out of necessity. Suddenly the masses were lusting after clothes inspired by styles, materials and principles acquired at the orphanage and poorhouse. And Chanel was to Paris what the budget dish bouillabaisse was to Marseille – arguably poorer quality offcuts at an affordable cost.

Her fashion was witty, political and would continue to soar in popularity over the years until tragedy struck – World War II…