Showing in Paris: Kupka, Abstract Pioneer at the Grand Palais 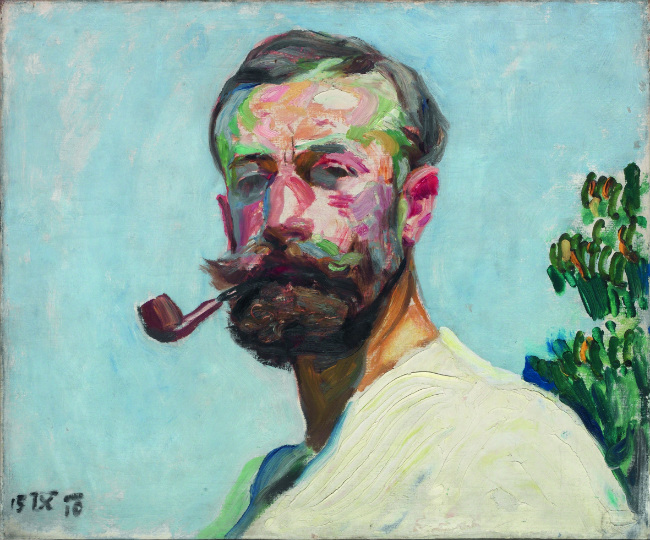 For every well-known, well-loved artist is one waiting in the wings. Such is the case with František Kupka (1871-1957), a Czech painter who spent most of his creative life in Paris. Hailed as one of the pioneers of symbolism and abstraction – and the founding father of non-figurative art – he was hugely popular in his adopted country but, for some reason, remained largely unknown to the rest of the world.

So, why haven’t we heard more about this icon outside France? Markéta Theinhardt, art historian and curator at the Grand Palais, attributes this lack of recognition to Kupka’s tendency to shun self-promotion and large-scale gallery exhibitions.

“He exhibited,” she said. “But not in the galleries.”

He would likely have mixed feelings about such a major retrospective of his extensive body of work. Then again, perhaps not.

Charting his prolific career, from his days as a student at the Fine Arts Schools of Prague and Vienna through to his forays into abstraction, this exhibition at the Grand Palais offers a rare window into Kupka’s bold and truly pioneering aesthetic.

Previous Article Where to Stay and Eat in Burgundy: La Fontaignotte in Semur-en-Auxois
Next Article Not-to-Miss Remembrance Sites in Calvados, Normandy