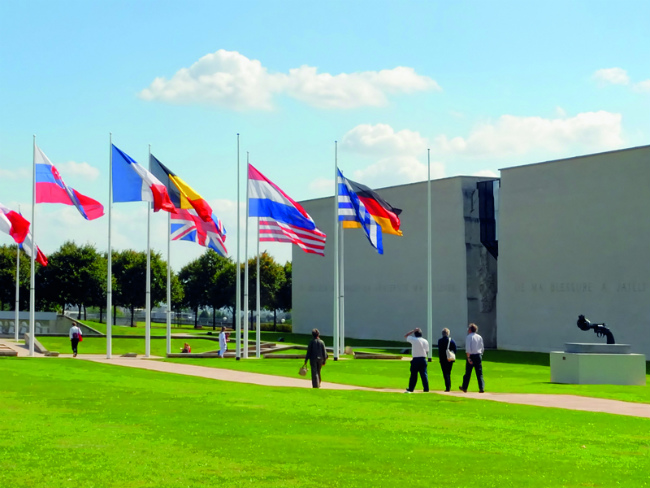 Our selection of some of the more important museums and cemeteries in the département.

Related article: Calvados in Normandy, Tales from the Parisian Riviera

A strategic target for Allied forces, Caen was nearly reduced to rubble by daily raids. 30 years ago, the resilient city sealed its commitment to peace with the launch of the sprawling complex chronicling not only WWII but the events of the Cold War. Website: www.normandy.memorial-caen.com 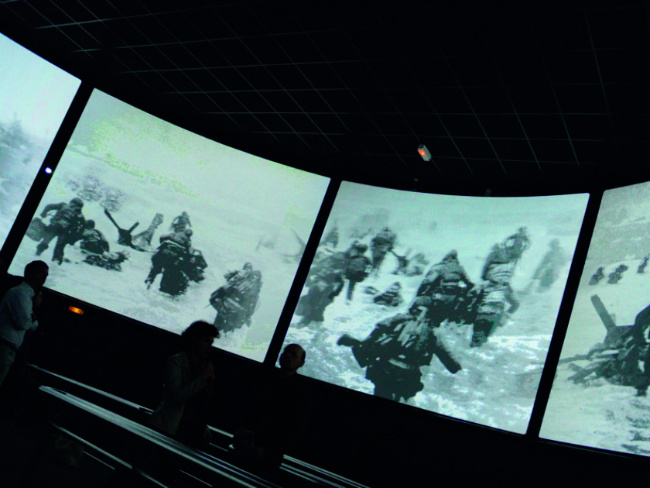 A fully immersive experience, the Arromanches 360 cinema makes a fine and hugely accessible introduction to the D-Day landings. It features a half-hour film projected on nine screens charting the Battle of Normandy and Operation Overlord. Website: www.arromanches360.com 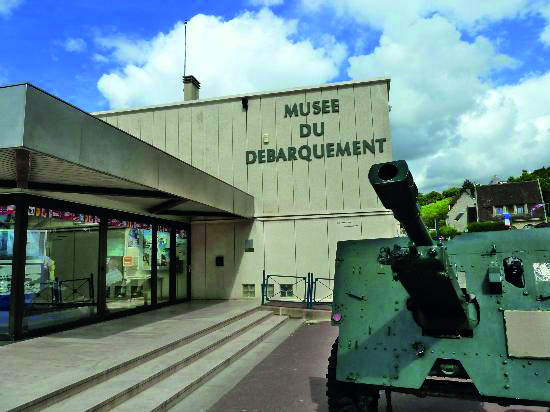 The very first museum dedicated to D-Day, it overlooks the very spot on the beach of Arromanches where Allied forces established an artificial temporary harbour responsible for supplying the troops engaged in the Battle of Normandy. Website: www.musee-arromanches.fr 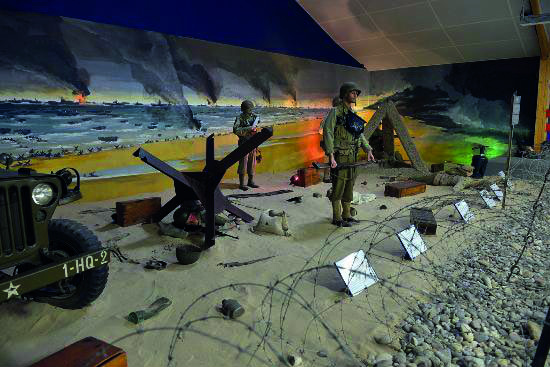 On the shores of Omaha Beach, the 1200m2 museum recounts in harrowing detail the day that marked a turning point in WWII, through dioramas, an extensive collection of uniforms, vehicles and memorabilia. Website: www.musee-memorial-omaha.com 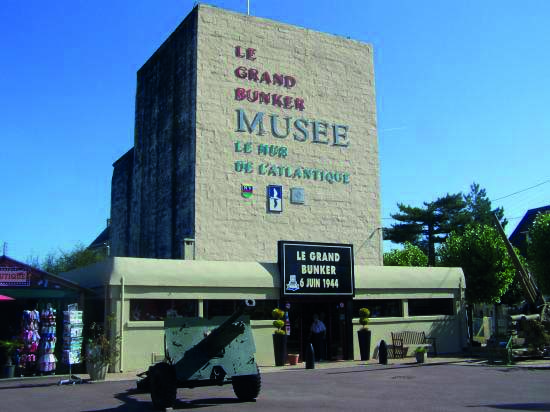 Housed in a 52ft restored German bunker, the Atlantic Wall Museum in Ouistreham has quite the back-story. German soldiers were held up inside for three days after the Sword Beach landing until British troops, literally, blew them out. Website: www.museedugrandbunker.com 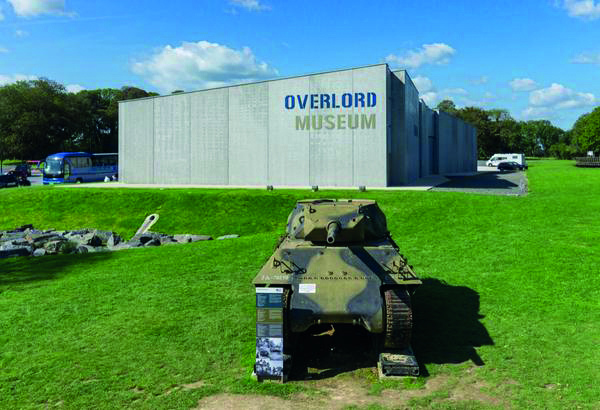 In Colleville-sur-Mer, opposite the Normandy American Cemetery, it is one of the newest and most comprehensive museums dedicated to the Battle of Normandy. Life-size reconstructions plunge visitors into the heart of the action. Website: www.overlordmuseum.com 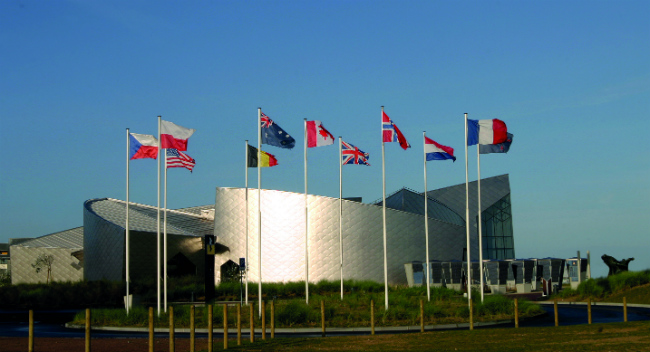 In Courseulles-sur-Mer, the Juno Beach Centre pays homage to the 45,000 Canadians who lost their lives during the war, of which 5,500 were killed during the Battle of Normandy, and 359 on D-Day. It is manned exclusively by Canadian guides. Website: www.junobeach.org 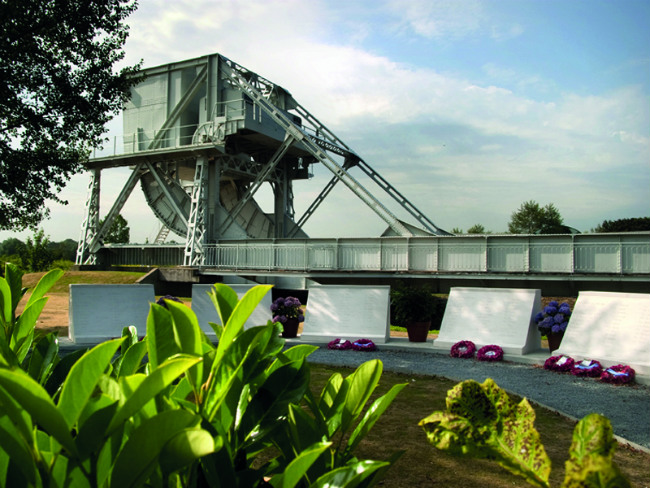 Home to the first liberated bridge in 1944, the Pegasus Memorial pays tribute to the 6th Airborne Division, which not only captured Pegasus Bridge but held the eastern flank of the landing beaches for 80 days despite sustaining heavy losses. Website: www.memorial-pegasus.com 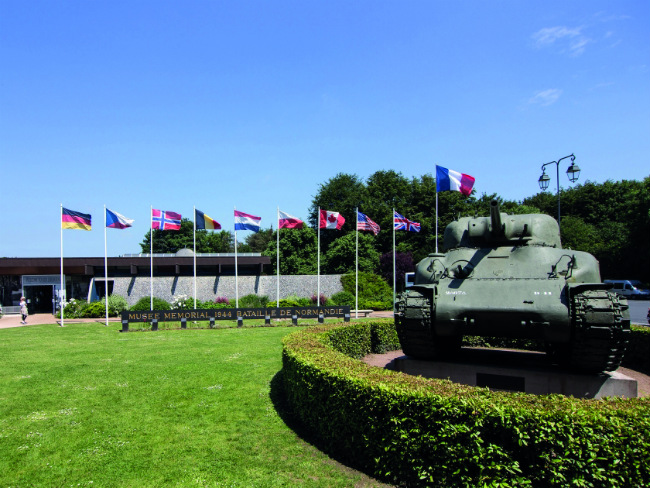 Museum of the Battle of Normandy

MUSEUM OF THE BATTLE OF NORMANDY

Based in Bayeux, the first large town to be liberated, on June 7,1944, this gem of a museum brings history to life through dioramas and archive footage, for a comprehensive play-by-play of the Battle of Normandy. Website: www.bayeuxmuseum.com 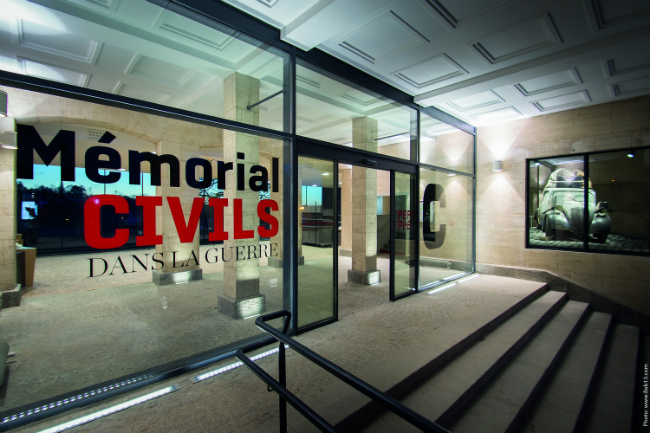 The Falaise Memorial shifts the focus to civilians and their unflagging courage through incessant bombings and the choke-hold of Nazism.The civilian death toll was far higher than that of soldiers, with an estimated 35 million casualties worldwide. Website: www.memorial-falaise.fr 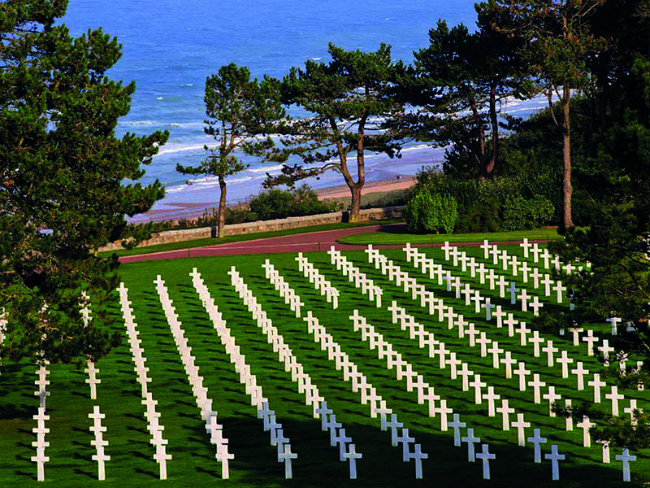 On a bluff overlooking Omaha Beach, this 70-hectare cemetery is lined with the graves of 9,387 fallen soldiers, most of them killed during the invasion of Normandy and the ensuing Allied military operations. Website: www.abmc.gov 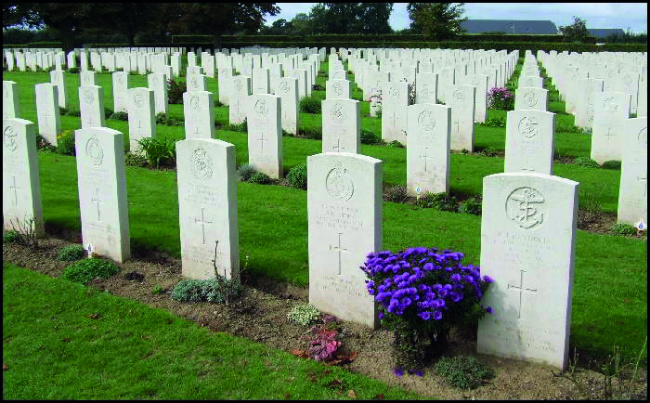