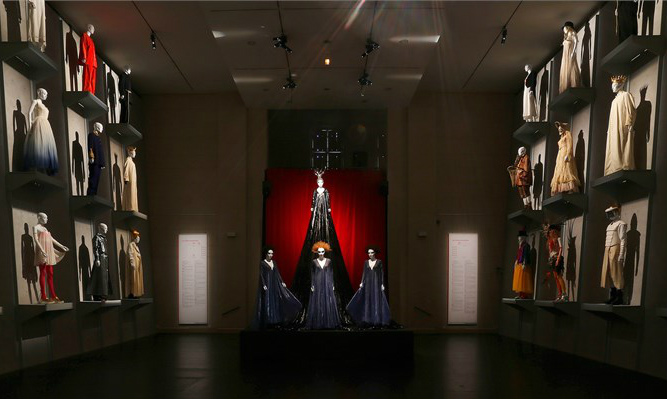 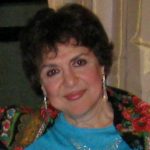 France’s third largest city is known as the gastronomic capital of France. But Lyon is also home to rich cultural heritage preserved in its excellent museums. Le Musée des Tissus (The Fabric Museum) is truly one-of-a-kind. Together with its complementary museum next door, Le Musée des Arts Decoratifs, these cultural institutions form a unified entity and are administered as one. Both are housed in ravishing 18th century mansions.

You are probably wondering how a small-town museum can rise up and hold its head high next to such giants. 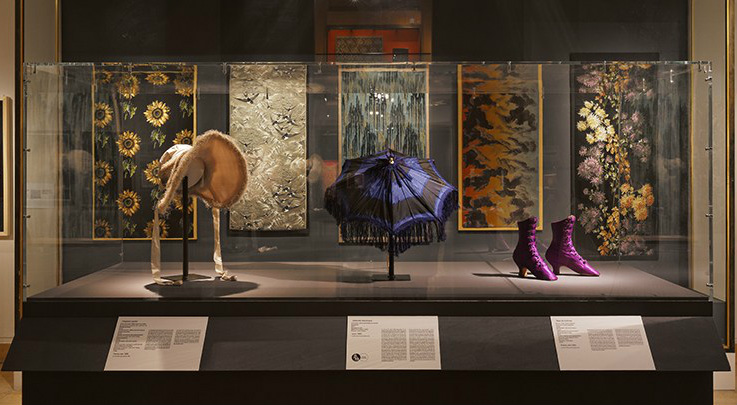 courtesy of the Lyon Fabric Museum

The answer to that question lies in the reputation Lyon enjoyed for 500 years as the world’s pre-eminent center of silk manufacturing and trade. Starting from the early 16th century, Lyon lived and breathed silk. Even the French Revolution, which knocked out 90% of the industry, couldn’t keep it down. It was revived to its former status – even surpassing it – during the Napoleonic era. Not until the industrial revolution, in the 19th century, and the invention of synthetic fabrics, did Lyon lose its silky glimmer.

Not ready to close the book on silk and textiles, concerned citizens of Lyon were looking at ways to breathe new life into what they felt was the city’s identity. Going backwards, however, was not an option.

The idea of forming a museum dedicated solely to fabric was born in 1856 by the Lyon Chamber of Commerce. The greater objective was to set up a textile center for teaching technique, artistic training, research, and inspiration. The museum opened its doors in 1864 and the Chamber of Commerce has managed the museum ever since. 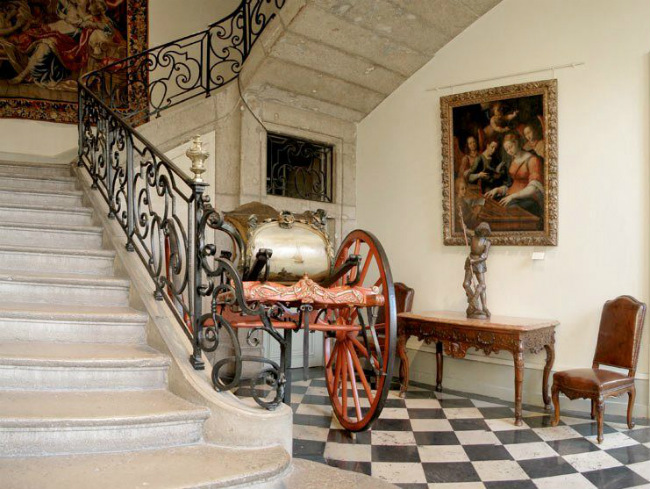 Through acquisitions, bequests and gifts during the museum’s 152 years, the collection grew to its present 2.5 million pieces spanning 4,000 years to the present. They come from all geographical areas, and cover a wide range of techniques. It is the most extensive collection in the world.

In 1954 the Centre International d’Etude des Textile Anciens (CIETA) was founded and set up its headquarters in the Musée des Tissus. This important international organization was set up as a research center and to coordinate work methods used by specialists in ancient textiles. Researchers from across the globe utilize its services.

Just as the founders envisioned, Le Musée des Tissus became a center for restoration, conservation (public and private), teaching, training and documentation. The archives contain some 30,000 works serving a professional international clientele in the fields of art, theatre, dance, music, fashion design, museum curators, historians, trades, and others. The museum receives large numbers of foreign visitors of all ages. 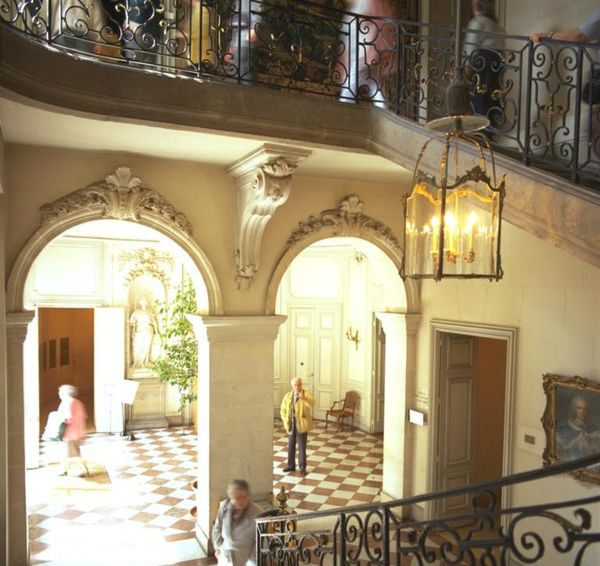 The museum’s dynamic director, Maximilien Durand, an expert on textiles, runs the varied operations with enthusiasm and competence. On a skimpy budget he and his dedicated staff have managed to pull off two-dozen remarkable exhibitions over the past six years.

In recent years, due to budget cuts, the future of the museum is in question. For the year 2016, the funding for the museum has been secured. And there’s an excellent exhibition that I recommend seeing.

The Genius of La Fabrique is the title of the latest exhibition at the Museum of Fabrics and Decorative Arts in Lyon. Although Lyon is now dominated by manufacture of chemicals, pharmaceuticals, and the bio-tech industries, the silk and fabric connection is what makes up the heart and soul of this city. This exhibition is a wonderful tribute to the City of Silk and to all trades associated with silk making, including the people in the lesser known trades who repaired the weaving looms, the embroiderers, card punchers and silk merchants. Superb displays of materials, dresses, draperies and exquisite motifs.

The Museum of Decorative Arts adjacent to the Fabric Museum, is a step into the home of a wealthy 18th century family. Furnishings and valuable objects from different periods are displayed against the backdrop of beautifully carved wooden paneling (boiserie). 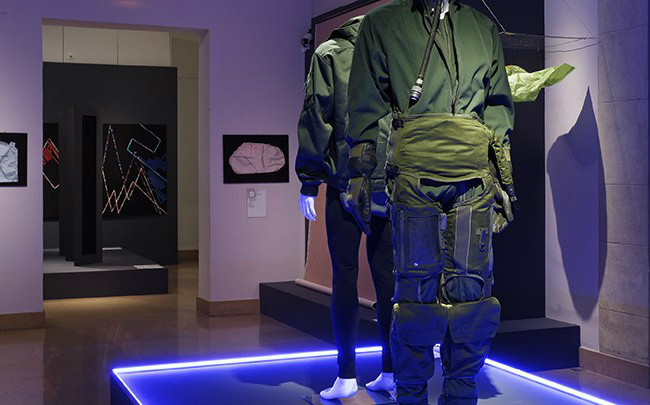 courtesy of the Lyon Fabric Museum

The City of Lyon is a UNESCO World Heritage Site. It got that qualifier from centuries of cultural traditions brought together from many parts of Europe to create a coherent, vigorous and continuing community. Five hundred years of silk manufacturing and trade was the driver of this momentum.

The “coherent” part begins in the 4th century AD when miles of secret passages were built at one end, where the water was, permitting inhabitants to get themselves and their wares to market at the other end without exposure to danger and inclement weather.

In the Middle Ages these same passages would play a crucial role when silk production was set up in France and Lyon became the capital of the European silk trade. Centuries later those same passages would help Nazi resistance fighters hide or escape from the Gestapo. The passages are called traboule. Over 200 still exist.

The silk workers were known as canuts. The silk weaving production was carried out by dynastic family businesses. At least 15,000 looms were known to be operation in these homes that had long windows for to allow plenty of light, a very unusual feature in medieval times. Lyon became a prosperous city.

A visit to Lyon should include this inter-connected triptyque: the Traboules, a visit to a Maison de Canut, and the Museum of Fabrics and Decorative Arts. Lyon is a 90-minute train ride on the TGV and makes for an easy side trip from Paris. For more information, visit the website for the Tourist Office: www.en.lyon-france.com 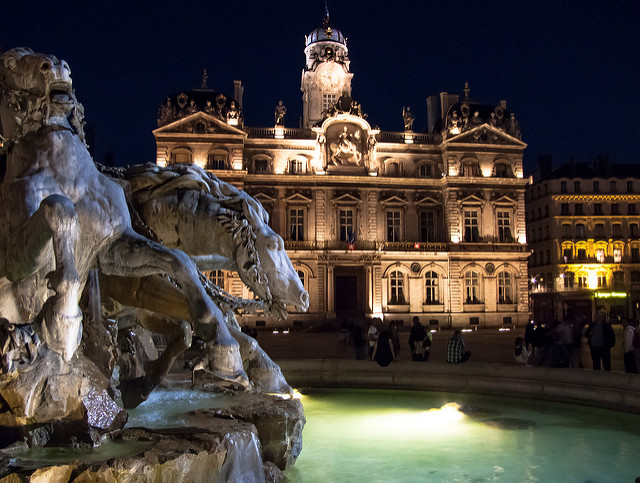 Dorothy Garabedian is a retired, expat American from central California living in Germany and now devoting her time to writing on travel, culture and lifestyle. She has traveled around the world and lived in Uruguay and the European cities of Brussels, Paris, Frankfurt and Moscow. Read more of her work on her blog, Detours and Diversion: https://dorothygarabedian.wordpress.com