My Life in Paris: A Night to Remember

It’s raining outside. And inside the ancient toilet is gurgling without refilling, despite all our jiggling of its rusty knob. My sister has just flown in this morning and now we’re prepping non-stop for our Midnight in Paris moment in time.

Wendy turns the valve, then feels around inside to loosen the accumulated calcium off the seal while I twist it back and forth.

Nothing can slow us down – certainly not a little mineral build-up in an old toilet tank. We’re determined to compete in La Grande Traversée. To celebrate the 2024 Olympics, Paris has added a night-time 10km race to its Nuit Blanche line-up. Getting to reenact the running-through-the-Louvre scene in Jean-Luc Godard’s Band of Outsiders is priceless, says this Anna Karina wannabe.

Giving up on ad-hoc plumbing, I make my weary, jet-lagged sis watch some music videos on my laptop. First, Whitney Houston’s epic, weepy One Moment in Time. Then I bring out the big guns: The Supremes, strutting their stuff through real Paris traffic and defying le flic on a bustling Champs-Élysées while singing Where Did Our Love Go? In 1965, Florence, Mary and Diana had come to Paris for the Motortown Revue at the Olympia, and shot it on the fly. Anytime I need a 1960s cinema verité mood-lift, I watch this. Each fabulous frame is full of joy, humour and a frisson of fear, from start to finish.

I glance at Wen. She looks sound asleep. “Just resting my eyes,” she mutters. We are tuckered out. It’s my fault: the moment she’d dropped her bags we’d taken a three-hour behind-the-scenes tour of the century-old Printemps – all four buildings, from basement to rooftops with views. And that had been just Act One of a whirlwind day on the town.

Now it’s raining and it’s going to take real courage to swap fuzzy loungewear for tight race garb. A big cheese platter tempts me each time we open the refrigerator to hydrate for the race. “Don’t touch our post-race dinner,” Wen says each time she catches my nez in the tiny icebox.

The hour to leave arrives. It’s completely dark and still pouring. Neither of us makes a move. Then the phone rings. It’s Eric – Wendy’s husband. Detecting weariness in her voice, he cuts to the chase. “Just do it. You’ll remember this for the rest of your life,” he says. 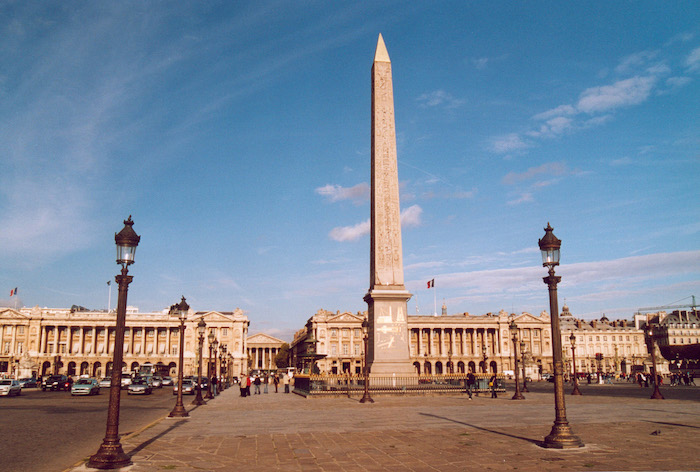 A Race Through Time

So somehow we pull on our stretchy Lycra and sally forth to Place de la Concorde, taking our place among the thousands of other racers. Suddenly, the rain stops and the moon shines. Pink clouds drift across a navy blue sky. After dozens of warm-up sessions, we’re off through the Jardin des Tuileries in pitch darkness, jogging past ghostly white statues in the royal gardens.

We dash through the Louvre, the Jardin du Palais-Royal, Canopée des Halles, Centre Pompidou, Musée Picasso, and the Hotel de Ville. In each, volunteers wave us through the galleries and corridors where the masterpieces of time and culture become mere streaky blurs. Between each indoor pinnacle of civilisation we dodge automobiles, pedestrians, and dogs while trying to keep up with our fellow runners. No map was provided, and traffic was not officially stopped, so safety in numbers is the only option to make our way through the slippery streets.

Even so, we got lost at the Hotel de Ville. Distracted by free bananas and water, we thought we had finished the race, then found ourselves tiptoeing through the near-empty city hall, stopping just once to take a selfie for our mom. By the time we finally crossed the finish line, the organisers were already locking up. Wen somehow managed to get us both through the security gates as dawn was already lighting the way to the station for the Métro back to the flat.

And now, whenever the world’s woes keep me awake at night, I think back to that midnight in Paris run and replay it, one step at a time.

As the inimitable Diana Ross once said: “You can’t just sit there and wait for people to give you that golden dream. You’ve got to get out there and make it happen for yourself.”

Previous Article French Film Review: La Bonne Épouse, Directed by Martin Provost
Next Article What to See and Do on the Channel Coast