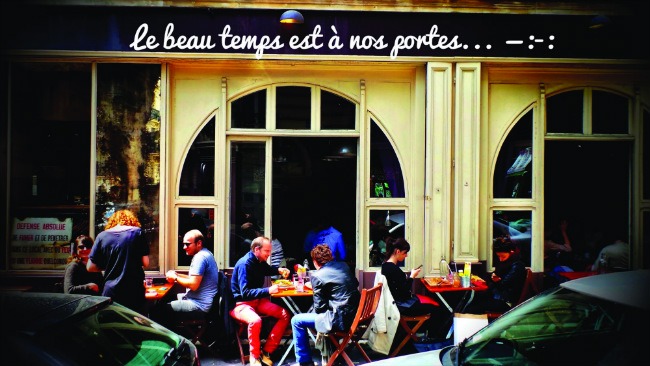 South Pigalle is the new go-to neighbourhood of Paris. Endearingly dubbed ‘SoPi’ by the foreign press (though the name has never really caught on with the locals), the area has seen slews of new boutiques, bars and restaurants set up over the last few years. And now a new pocket, the Rue Condorcet, sheds its residential skin and reveals a first-rate but down-to-earth smattering of independent fashion and foodie hotspots founded by passionate entrepreneurs.

When the likes of A.P.C., Maison Kitsuné, and Aesop move in, you know an area’s bound for a trendy turn. “The Rue Condorcet has changed a lot over the years,” says André Navellou, who has been selling exquisite pastel-hued flowers for the last 23 years, which he picks out at Rungis (the region’s largest market). “It all started with trendy coffee shops where people could go to work with their computers all day on Avenue Trudaine around the corner. The street’s got younger and livelier – you should go and talk to Juliette. She does great things at her little place.” 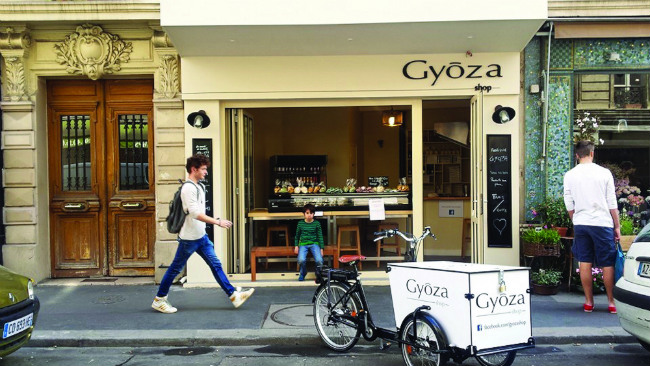 Across the road from André’s bucolic haven is an intimate little restaurant with a blue ‘Charcuterie’ neon sign fixed to the wall as the pièce de résistance. “I’m from the area, I went to school here and have pretty much lived here ever since,” says Juliette Locatelli, the French-Italian owner of the eatery Cuisine. “The street’s got such a great atmosphere now – we all know one another and we always try to help each other out. The guys who own some of the places down the street even come here for a siesta between shifts, and I often meet them for lunch, and we sometimes have drinks here or at theirs…” 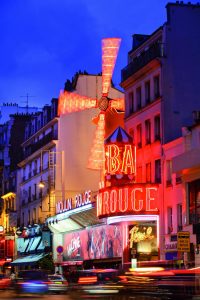 Before South Pigalle came into its own as the stomping ground for trendy types, the area was a quiet and conventional quartier with a colourful past of destitute artists like Toulouse-Lautrec, who lived in the area, and glitzy cabarets like the nearby Moulin Rouge and Folies Pigalle, that later on became a thriving though seedy hub for the sex industry. Reduced to its red-light credentials, the area’s raison d’être was limited to the cluster of activity along what started out as South Pigalle’s main artery, Rue des Martyrs – from which stems the Rue Condorcet.

It all started a few years ago when bohemian eateries like the Rose Bakery and a number of independent concept stores set up along Rue des Martyrs, as well as the trendy Hôtel Amour that popped up in a nearby side street. An onslaught of specialist gourmet food stores, bars, boutiques and restaurants ensued. And though the Rue Condorcet runs from the top of Rue des Martyrs, it was spared the voracious gentrification that took huge chunks out of the area – until now. 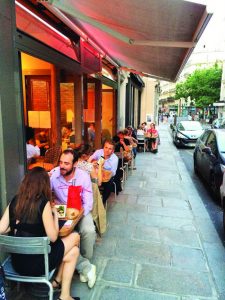 Named after the 18th-century philosopher Antoine de Condorcet, the road was once best known as the location of the Gaz Réseau Distribution France (French National Gas) headquarters – an evocative 19th-century hôtel particulier at number 6. Further up, number 101 used to be the home of the Russian poet Marina Tsvetaeva. Unlike the rest of South Pigalle, which lies south of the Boulevard de Clichy and west of Rue des Martyrs, Rue Condorcet runs east, parallel to the less polished Boulevard de Rochechouart, which the new wave of gentrification is slowly claiming. 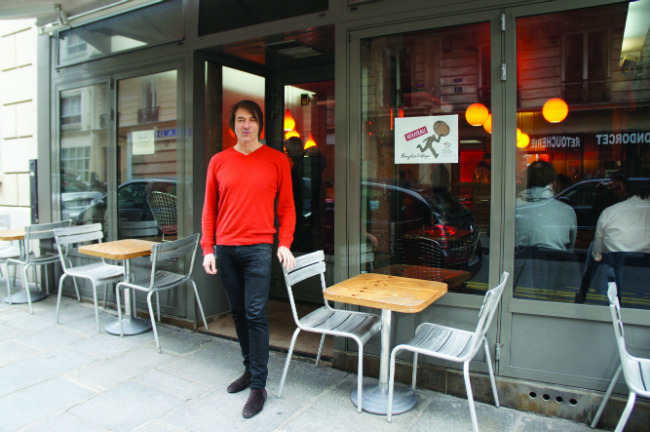 For something with more of a French outline, next door to the Gyoza Shop, is L’Atelier des Sommeliers, a caviste and bar that also does wine tastings founded by proud owners Alexandre Morlier and Aurélien Gil-Artagnan, two friends both previously sommeliers at Parisian palace hotel Le Bristol’s Michelin-starred restaurant. 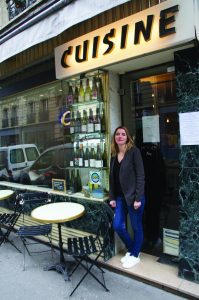 Cuisine (50 rue Condorcet), which Juliette Locatelli opened two years ago, is the go-to spot for dining on fresh seasonal produce she sources from small, mainly local, farmers. And across the street from a Buddhist centre is old-timer Braisenville (36 rue Condorcet), which was one of the first cool kids on the block to get the ball rolling. “It was a very quiet street without much going on, save for a couple of brasseries, a butcher’s and a few local shops,” says owner Philippe Baranes. “The rent was cheap, I instantly loved the space, and the location is ideal – between the cool area of Rue des Martyrs and the more down-to-earth Barbès.”

Located on the second part of the street, a few doors up from Braisenville, is Arnaud Soulignac and Claire Naa’s delightful concept store Thanks, where they sell handmade accessories and other fun bits and bobs by several other designers – however, the arty duo’s origami jewellery steals the show. Two doors down is Monsieur Charli et les Filles, a showroom for textile designer Virginie Lépron’s scarves and bags that opened a year and a half ago. Together with Paolo’s enoteca Terre et Sel, the two pocket-sized stores form a trio that shares street number 42. 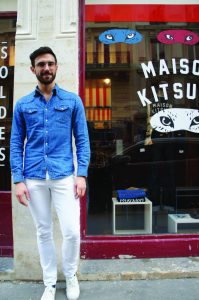 Over a year ago, when fashionable Franco-Japanese retail brand Maison Kitsuné (68 rue Condorcet) opened a colourful branch caringly upheld by Thibault Lahunxambarne, things were already beginning to stir on the sleepy street. “Aside from offices and the couple of vintage clothes shops like Retro Chic, there wasn’t much else,” remembers Thai fashion designer Sureerat Lemiale who opened Real Gold, her boutique of Thai-inspired apparel (72 rue Condorcet).

Across the road is designer Philippe Model (65 rue Condorcet), with his colourful wonderland of creative homewares. A few weeks ago he inaugurated a new spot selling his customised sneakers, where a customer busies herself with trying on all the designs. “What I love about the street is the variety of creative and independent stores – although the franchised brands are creeping in, it still has a fun and below-the-radar ambience,” customer Martine Tuduri says, sporting a pair of Philippe Model’s banana-yellow leather trainers. 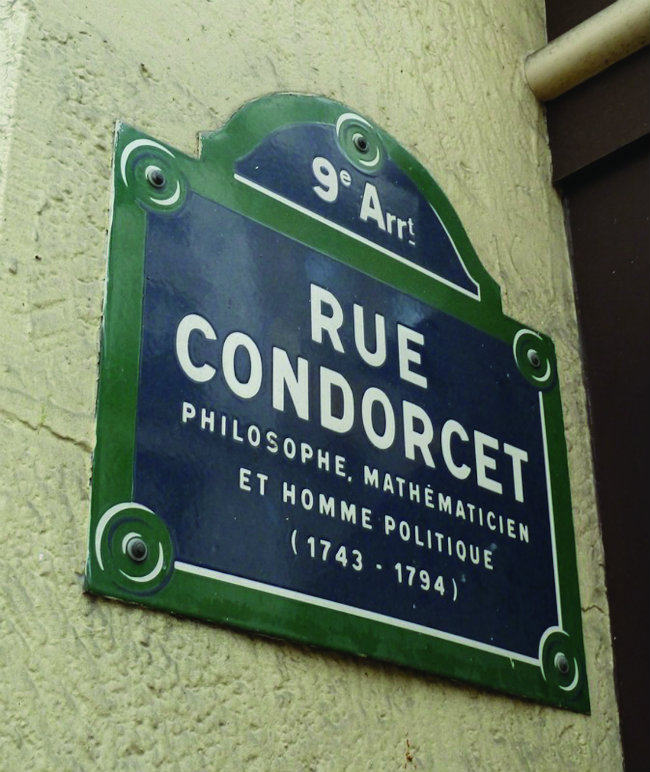 Other spots of note include Curiosity (55 rue Condorcet), a concept store that changes its décor every few weeks and prides itself on carrying items that are both stylish and affordable. “The fact that what we offer isn’t over-priced is very important to us because we don’t want to attract the ‘wrong’ crowd,” the owner says. 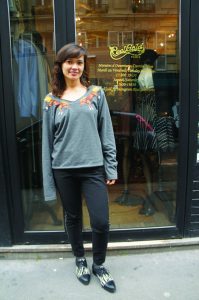 And despite the street’s transformation, relics of a time passed survive, like Perry Ah Way (41 bis rue Condorcet) where the Franco-Mauritian designer creates hats with great flourishes, elaborate wedding dresses and elegant gowns in his glass-fronted atelier. Another spot worth popping by is a nameless second-hand book store situated almost at the end of the street whose owner welcomes passers-by to his dusty little corner of yellowing French classics piled high in every corner. Nearby and not to miss is Bar Le Condor C (25 rue Condorcet) with its lemon-yellow ‘60s curved counter and matching chairs and tables, and where the €6 spritz is the maison’s signature beverage.

As you move towards Gare du Nord, the impact of the gentrification taking place at the Pigalle end slows down and melts into an authentic, refreshing quartier of artisans and locals going about their daily lives – a clue to what the street was like before this young generation of entrepreneurs moved in. 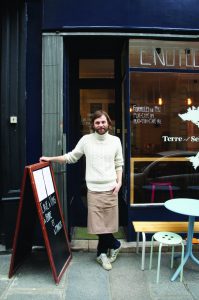 The third part of the street, quieter and less developed, runs beyond the charming cobbled square to bustling Barbès. Among the nondescript shop fronts is a small, signless showroom of Art Deco finds, a trove of artefacts and objets d’art from the Pacific called Tema Galerie (16 rue Condorcet), and Le Barbe à Papa (18 rue Condorcet), a traditional bistro with a contemporary touch that serves brasserie fare with a Mediterranean twist.

Some residents who have lived here for decades insist that change isn’t always welcome. “It used to be more convivial here and there was a stronger community feel,” a resident who has lived on the street for 40 years tells me.

Yet despite the changing times, the outlets on the street remain of high quality and are generally owned by an independent, young, creative crowd that cares about the neighbourhood’s future and how they are contributing to it – at least for the most part. But residents and owners aren’t the only ones who are afraid. Customers are worried too. Back in Philippe Model’s sneaker shop, customer Martine Tuduri expresses her concern for one of her favourite Parisian streets: “Rue Condorcet is changing with the three new franchises of big international brands, but for now it’s still mostly independent and cool. I live in Montmartre, and the Rue des Abbesses has suffered a complete brand takeover; almost nothing of its soul remains – is it just a matter of time for this street too?” 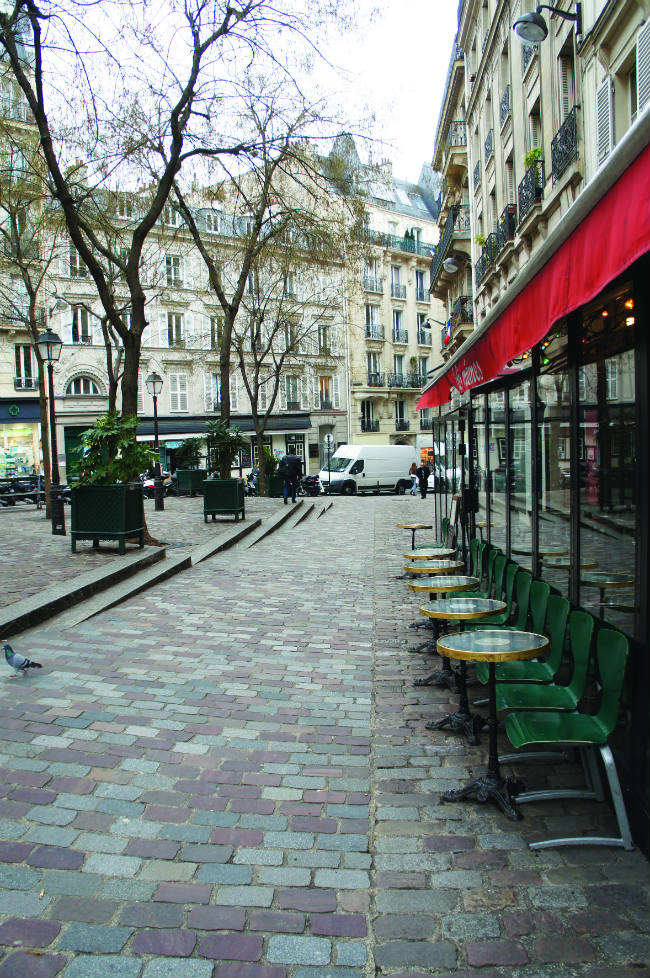 In 2012, after studying art in Bangkok, Thai fashion designer Sureerat Lemiale decided to open a boutique showcasing her handmade, limited-edition designs and artwork. “I love to keep things local, to work with other designers and artisans; essentially to contribute to the local economy as much as I can,” she says. 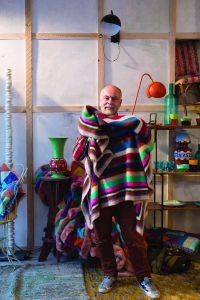 The light-filled showroom of Philippe Model, an artist and designer known for his colourful creations, brims with whimsical homewares from furniture to cosy wool throws, crockery to lamps. Opened last December, the prolific designer has also just opened a boutique selling snazzy upcycled sneakers two doors up and has conceived interiors for several restaurants too.

Opened in January 2015, the boutique showcasing Japanese-influenced men’s and women’s wear is the brand’s third in the city. Founded 15 years ago as a record label by Gildas Loaëc, Masaya Kuroki and design company Abäke, the brand is a combination of their love for music and fashion but also coffee. 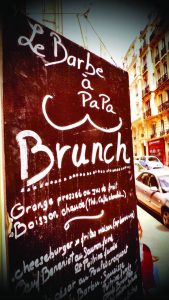 Two years ago, Juliette Locatelli, who grew up in the neighbourhood, left the fashion world to honour her Italian roots and set up this cosy dining spot. Juliette lovingly prepares fresh, local, seasonal French fare with a southern edge, like Basque boudin and tuna ventrêche, washed down with natural wines.

Paolo Taddei arrived in France nine years ago from his native Florence and has been seduced by the French world of wine. Ready for the adventure, he opened Terre et Sel six months ago, where he offers fresh Italian ‘cicchetti’ (tapas) with Mediterranean wines – mostly, but not exclusively, French and Italian wines. “It’s always fun to taste new wines for me, and for the customers too!”

Ultra-cool Braisenville, with its red and yellow neon-lit warehouse-style interiors, was opened in 2011 by Philippe Baranes and Karim Habibi. The first in Paris to offer gourmet cuisine cooked on embers (‘braises’), chef Christophe Gaud’s exquisite neo-bistro fare is worth the detour. A favourite among France’s A-listers.