The 69th Cannes Film Festival concluded this past weekend. As usual, the infamous festival did not disappoint.

Winners were announced on Sunday, May 22, with the Palme d’Or – the festival’s most prestigious award – going to English filmmaker Ken Loach for his film I, Daniel Blake. The film tells the story of a disabled carpenter living in Newscastle who has a heart attack. The drama unfolds as his benefits taper off and he wonders how he will manage.

Peter Bradshaw reports on the film for The Guardian: “There are shades of Dickens and Orwell in this emphatic drama about a disabled man strangled by the red tape of the benefits system.”

This is a socially conscious film, and it’s one of great importance; it examines the way the have-nots are treated. Loach said in an interview with BBC Radio 4: “If you get out among the people who are in the food banks, who would not eat unless there were people providing charity, I think you’d find there’s a great disgust and despair that we live like that in this country now.”

This was Loach’s second Palm d’Or win. He also won the prize ten years ago for his 2006 film, The Wind That Shakes the Barley.


Other standout features at the festival were It’s Only the End of the World, which won the Grand Prix. This French-Canadian drama from director Xavier Dolan is based on a play by Jean-Luc Lagarce, Juste la Fin du Monde. The film stars Léa Seydoux, Marion Cotillard, and Vincent Cassel.

Personal Shopper earned a Best Director award for Frenchman Olivier Assayas, and Graduation garnered the same award for Cristian Mungiu of Romania. Personal Shopper was booed at its premiere (Cannes audiences are notoriously vocal about their pleasure or displeasure with a film), but that didn’t stop the film from getting positive recognition. 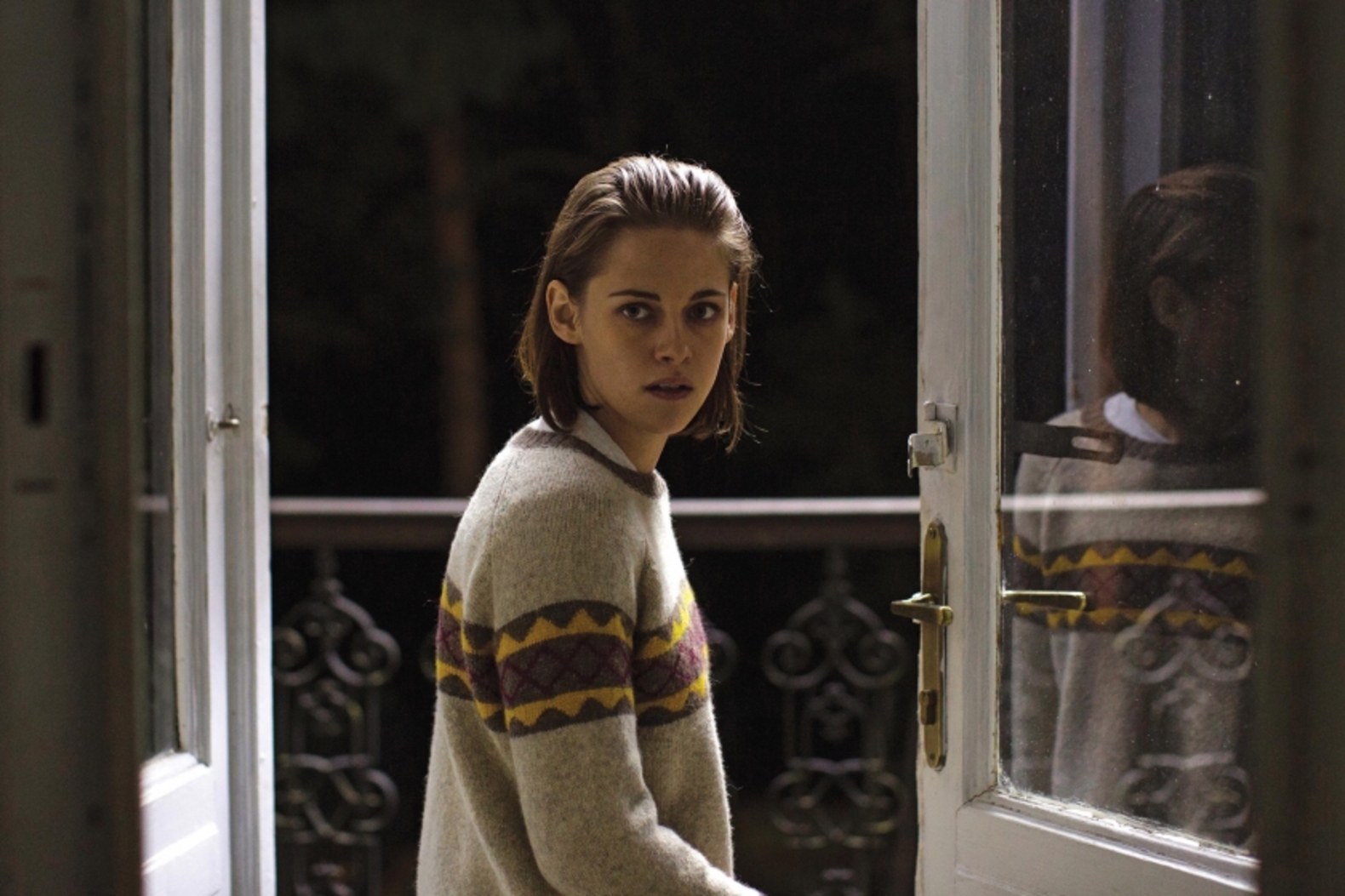 The award for Best Actor went to Shahab Hosseini for the Iranian film The Salesman (the film also won the prize for Best Screenplay, for writer Asghar Farhadi’s script). The films tells the story of a young couple in Tehran, Emad and Rana, who have to move when their home collapses. We learn that the title of the film is a reference to a production of “Death of a Salesman” that the couple are performing in within the film. Chief Film Critic Owen Gleiberman writes for Variety of the director: Farhadi makes dramas of domestic discord that refuse to heighten anything they show you; they are steadfastly observant, unvarnished, specific, and real.” 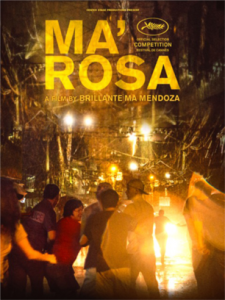 Jaclyn Jose nabbed the Best Actress prize for Ma ‘Rosa, a film from the Philippines, which explores the world of police corruption and its effects on a small-time drug dealer. The Jury Prize went to Andrew Arnold for American Honey, a U.K.-U.S. entry starring Shia LaBeouf, Sasha Lane, and Riley Keough (aka Elvis’ granddaughter). Arnold wrote and directed the film, and it was quickly acquired by Focus Features after its debut at the fest. (Interestingly, American Honey was shot by the same cinematographer who did I, Daniel Blake – Irishman Robbie Ryan.)

The usual who’s-who of the Hollywood glitter-ati turned out for the fest (as well as, of course, the French glitter-ati, and other international étoiles). Among them were Marion Cotillard, Susan Sarandon, Bollywood star Aishwarya Rai, Anna Kendrick, Jessica Chastain, Naomi Watts, Justin Timberlake, Jodie Foster, and a plethora of others. The English were well represented with the likes of Helen Mirren, Colin Firth, Victoria Beckham, and more. 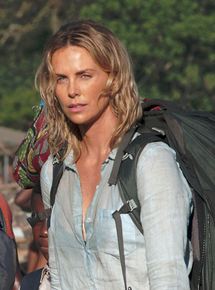 Exes Charlize Theron and Sean Penn shared an awkward-looking photo on the red carpet, which left people buzzing. The two were pictured together for the festival debut of their film, The Last Face, which was directed by Penn.

Kristen Dunst and Vanessa Paradis were among the jurors at the festival, and looked elegant while adjudicating. Finally, Clooney, Spielberg, and Roberts were all there, and that trio of star power ups the wattage of any event by about a thousand, so it was a dazzling turnout all around.

Roberts and Clooney were promoting their new film, Money Monster, which was directed by Jodie Foster. And Spielberg was debuting his latest film, BFG, a movie that has been stuck in the cogs of the Hollywood machine for decades, waiting to be made.

The film, based on the Roald Dahl book of the same name, is about a giant called the BFG who makes friends with a 10 year-old girl named Sophie (Ruby Barnhill). Film critic Peter Debruge reported for Variety that the film had far more in common with Spielberg’s E.T. than it did with Hook, two other films of his that had a magical appeal for children. Speculation about its future box office performance swirl, as the film does not have any mega-star names attached to it on the cast list. But with a name like Spielberg, people are bound to turn up for showings. 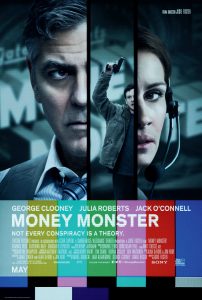 And what would Cannes Film Festival be without a bit of controversy? Last year, it was the high-heeled shoes debacle. This year, it was the Woody Allen-aimed joke during the opening ceremony by a French comic, before the premiere of Allen’s newest film, Cafe Society. The film stars Jesse Eisenberg, Emma Stone, Kristen Stewart, and Blake Lively, all of whom joined Allen on the red carpet.

Special mention must be made of Blake Lively, who, with her endless outfit changes, was the belle of the ball. The fashionista, who is known for not having a stylist (which is uncommon for A-listers in the biz), sported an array of designer duds like Valentino, Vivienne Westwood Couture, Chanel, Versace, and more.

Red carpet fashions are an important element of the fest, but what makes international film festivals like Cannes so vital is that they serve as a unifier for the world – a large, yet also niche, slice of the world: film – ­ at a time when unification is very much needed.

Great film transcends language and culture, and reminds us that human-driven narratives (which are often similar, regardless of location) are found all over the globe. These sentiments were also expressed by Palm d’Or winner Ken Loach, when he said upon accepting the award:

“We must give a message of hope, we must say another world is possible.” 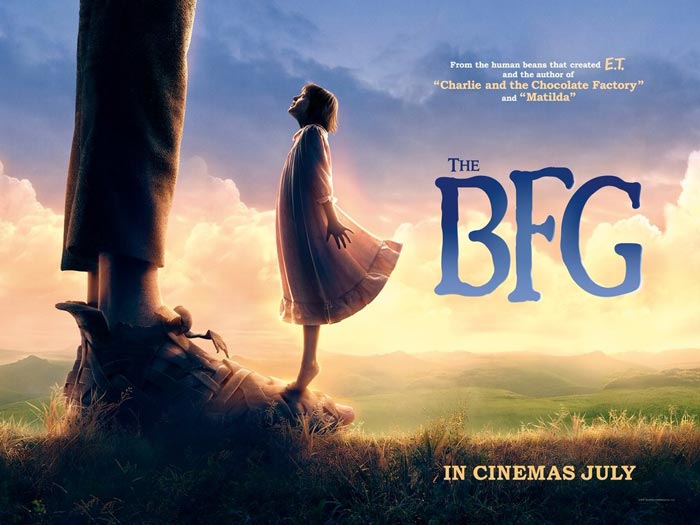 Anne McCarthy is a contributing writer to The Telegraph, France Today, and The Second City Network, and is the author of the memoir "Big Macs in Paris." She lives in New York City.